Who would have guessed that, as grown-ups, we’d use them for super-powered French language learning?

When we were kids, comic books (bande dessinée) brought some of our favorite characters and stories to life with vivid imagery.

We felt like we were following right along with Batman and Robin’s latest adventures.

After you’ve spent some time conversing with a French language partner and checking out the best French films, you’re probably ready for a new way to keep practicing your French skills.

Well, this is more than a new way — it’s an awesome way.

As an adult, comic books don’t only contain good memories, they can help you learn a new language. The combination of a good story and photos make for a fantastic way to connect words with pictures. Plus, it’s fun!

Pairing new vocabulary and grammar with pictures and storytelling makes learning French enjoyable. But why is this any different from learning French with children’s books?

We all remember how popular comics were as a kid, but in this day and age of movies and online media, it seems like comic books are not as important.

However, the truth is that comic books are still being produced—and, in France, they’ve even dedicated an entire theme park in Paris—Parc Asterix—to the French comic world’s most beloved characters, Astérix and Obelix. Some say that this park is actually more popular than the very competitive Disneyland that’s also in Paris (which is saying quite a lot)!

And. in the United States, the market for comic books hasn’t disappeared, but rather, it has changed. When Marvel started writing their comic books for an adult audience and including current social issues, sales surged. What’s more, comic books are often the inspiration for wildly successful superhero films, which continue to be popular—and probably will be for a long time.

Comic books aren’t only still widely successful, they also contain more variety than they ever have before. And in France, there’s a myriad of fantastic stories and characters from which to choose, making your language learning experience a truly enjoyable one.

How reading comics will improve your French

Everyone has a different style of learning. Some have brains which are better stimulated by visuals while others prefer listening to a lecture or copying things down in a notebook. The great thing about comics is that they not only contain photo-by-photo tellings of stories, but they also contain words and conversations that make sense of the photos and make associations for new words and phrases.

The author of the Wall Street Journal article “To Get Fluent in a New Language, Think in Pictures” says that learning a language quickly “all comes down to associations and understanding how memory works.” One of the ways he suggests making associations? Tying words to certain images.

He refers to a 1960’s Harvard memory test in which students saw 612 colorful magazine ads. The researchers asked them to identify the images from a randomized mix of old and new visuals. What did they find? Most of the time—98.5%, to be exact—the students accurately chose the old ads.

“…our visual memory is extraordinary, we need only to take advantage of it—and associate our new vocabulary with pictures, not with translations.”

One of the best ways to do that is to enjoy a captivating story in a comic book. 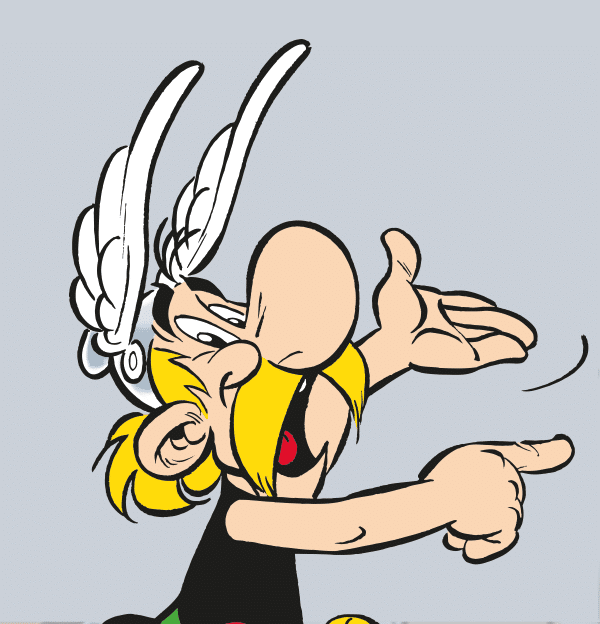 The Adventures of Asterix is arguably the most popular series in France—like I mentioned earlier, it has an entire theme park dedicated to it. It first appeared in 1959 in the magazine Pilote and is currently published by Hachette. Today, over 35 volumes have been released.

The comics follow the story of a village of Gauls, who are attempting to avoid Roman occupation. Astérix, of course, is a Gaul, as is his partner in crime, Obelix. They avoid Roman occupation in a very unconventional way—through a magic potion boiled by their druid, Panoramix, that gives them superhuman strength. Their adventures lead them all around the world.

The series has become so popular that it’s been translated into over 100 different languages. You can find this comic in any French bookstore or order it from the official website. 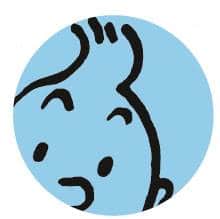 Tintin may be most commonly recognized in the United States from the Steven Spielberg film that released in 2011. But in France and Belgium, The Adventures of Tintin is a comic series that’s been around since 1929, first appearing in Le Petit Vingtième, the version of Le Vingtième Siècle for young readers. After it gained great notoriety, the writer, Georges Remi (known as Hergé), created a studio in 1950 where he began to produce the series of Tintin that’s so well known today.

Who is Tintin? He’s a young reporter who, with the help of his trusty dog Snowy, goes on grand adventures to solve crimes and get stories. It’s known for its wonderful drawings, slapstick humor and social and political commentary.

“Tintin” albums and comics are quite accessible, just like Astérix, and can be purchased on the series’ website or in any French bookstore. 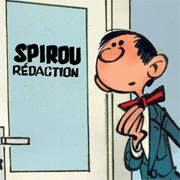 As many major comic series have begun, Gaston started in 1957 by writer André Franquin in the magazine Spirou. Though wildly popular in France and Belgium, there’s no English translation save for a few stories called “Gomer Goof.” This means you won’t feel tempted to pick up an English version!

The story is one of Gaston Lagaffe, an office junior working at Spirou—the magazine in which the comic was originally published. Normally, Gaston is skirting his responsibilities, avoiding work, losing mail and missing deadlines. Instead, he indulges in hobbies like cooking, rocket science, music, decorating—and often catastrophically fails. He has two pets—a seagull and a cat—and costars with other workers in the office including Fantasio, Gaston’s boss, and Spirou, the mediator between Fantasio and Gaston.

Their website has a comprehensive list of all the albums of Gaston, and they can be found on Amazon or on fnac.com. 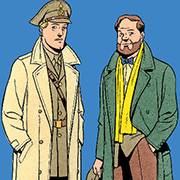 Edgar P. Jacobs, the creator of Blake and Mortimer, was actually a collaborator with Hergé, the author of Tintin. Blake and Mortimer began in the magazine Tintin in 1946, and was soon published into book form by Les Editions du Lombard. Jacobs died in 1987, but many authors took over to continue the series afterwards.

The main characters of Blake and Mortimer are Philip Mortimer, a leading British scientist, and his friend Captain Francis Blake of MI5. They fight against their biggest enemy, Colonel Olrik—who appears in almost every book. Their adventures with this enemy lead them into grand adventures involving detective work, science-fiction, time travel, Atlantis and espionage.

The official website is a great resource and provides ways to read about Blake and Mortimer as well as purchase the albums through the website.

Boule et Bill (Billy and Buddy in English) is a comic that, just like Gaston, first appeared in Spirou in 1959. It was created by Jean Roba and Maurice Rosy. It actually was a staple in the magazine for 25 years before Dupuis edited and published 21 albums in 1985.