This love of all things holiday-related should certainly be something you spread in the classroom.

Unlike Thanksgiving, which is a purely American/Canadian holiday, Christmas is a worldwide celebration. People all over the world have kooky traditions ranging from leaving carrots outside on Christmas Eve for Santa’s reindeer to waiting in huge lines at three in the morning to buy Christmas gifts.

Spanish-speaking countries each embrace unique and interesting traditions that your students will eagerly learn.

There are a few ways in which you can liven up your lessons with Spanish Christmas music. The way you incorporate these songs, often referred to as villancicos in Spanish-speaking countries, all boils down to what you want your students to learn.

For example, if you are teaching a specific verb tense, you can print out the lyrics to the songs below and omit examples of that verb tense. Then, while your students are listening to the songs, they can try to fill in the blanks. Doing so will keep them focused on the listening and prevent them from tuning out.

Another way to create a vocabulary lesson around Christmas music is to omit Christmas-related words and then ask your students to listen carefully and attempt to fill in the blanks. Once again, this can help keep your students tuned in instead of tuned out.

A third option is to teach a lesson focused on cultural differences between different Spanish-speaking countries. Christmas traditions vary widely depending on where the holiday is celebrated. Before or after each song, teach your students some fun tidbits regarding the way certain countries celebrate Christmas.

So what Christmas songs will spread that holiday cheer in your Spanish class and teach something worthwhile?

7 Spanish Christmas Songs to Spread Holiday Cheer in Your Classroom 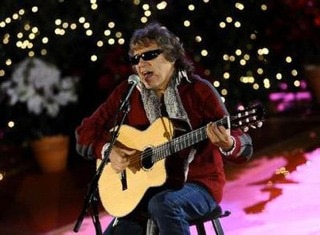 “Feliz Navidad” is a catchy tune that gets stuck in your head on repeat faster than the song played on the Small World ride at Disney theme parks. Its catchy melody and beat have made it a Christmas favorite in the United States. Because of its familiarity, it is a perfect song to incorporate into a Christmas-themed Spanish lesson.

Low-level and advanced learners alike can benefit from listening to this tune. The blend of Spanish and English used in the lyrics mean that students can listen and not feel completely lost as to the song’s meaning. Also, the students can figure out the translation themselves as it is built into the song. 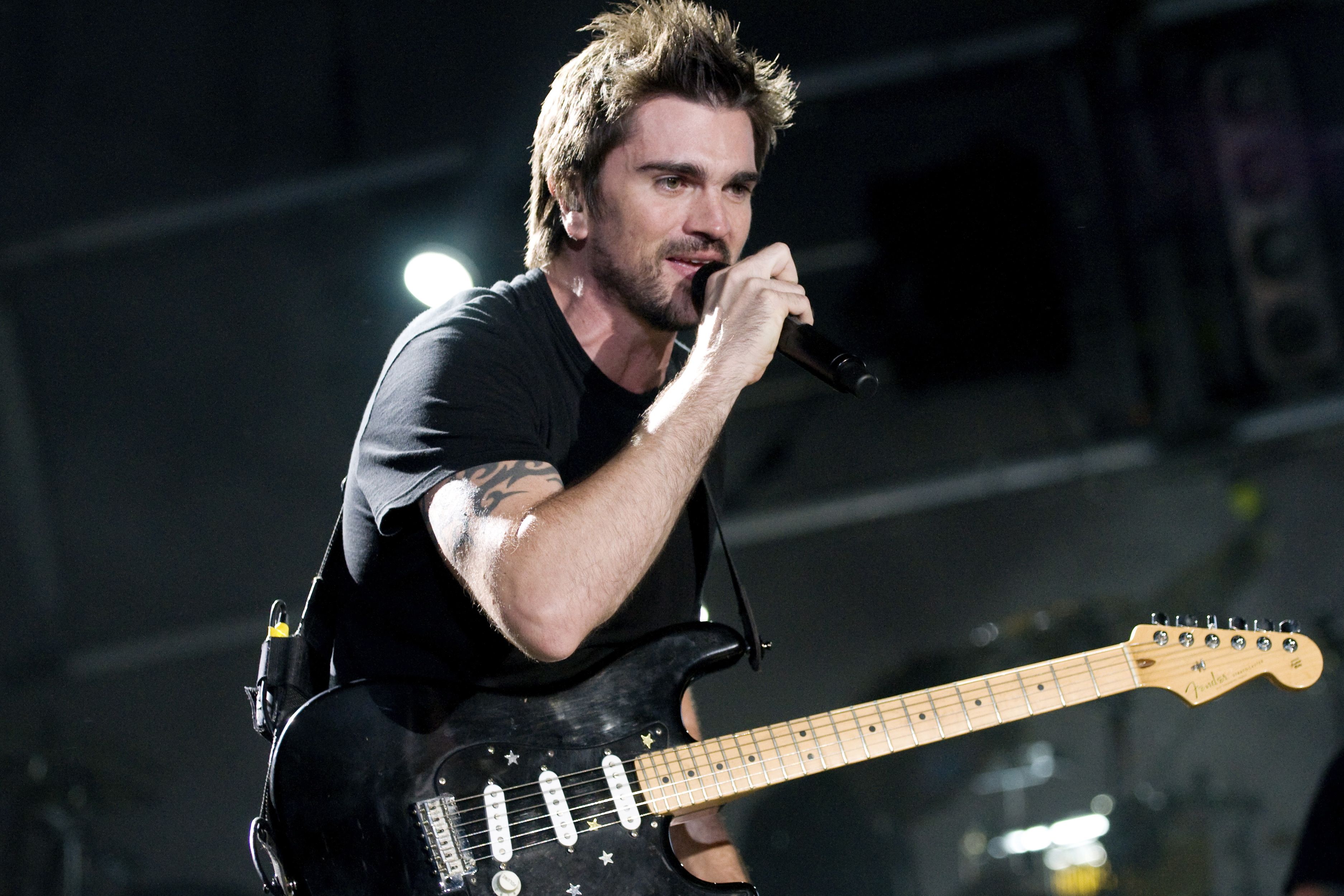 No, a burrito isn’t just a delicious staple of Mexican cuisine smothered in green chili sauce. Burrito actually means “little donkey,” which is exactly what this song is about. The lyrics come from the point of view of the donkey’s rider, who is urging him on to get to Bethlehem as fast as possible.

This catchy number is a traditional Christmas song in many parts of Central and South America. Although there are many different versions of “Mi burrito sabanero,” I recommend the one sung by Juanes. Using this song provides a great opportunity to talk about the myriad ways that Christmas is celebrated in these regions. In Costa Rica, it is believed that the baby Jesus brings presents to children on Christmas Eve – instead of Santa Claus or the wise men. In Nicaragua, Christmas is celebrated on December 24 instead of 25, and there are elaborate parades and processions leading up to the big day. In Guatemala, traditions combine Mayan and Christian beliefs. There are frequent processions telling the story of Christmas leading up to Christmas Day. 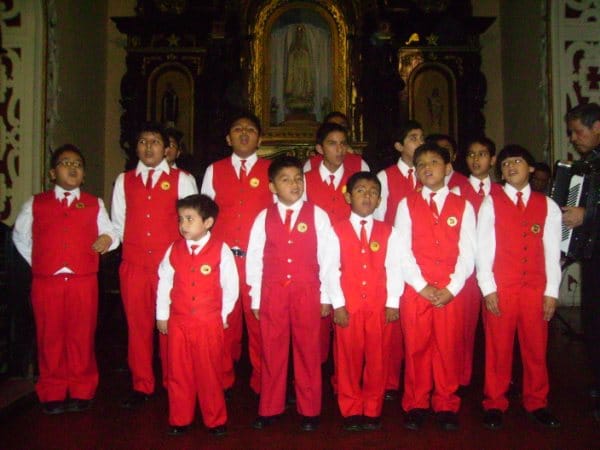 This song is a traditional Christmas song from Spain. In Spain, many families attend midnight mass, which they call La Misa del Gallo, on the night of December 24. Prior to the service, most families enjoy their main Christmas meal traditionally consisting of pavo trufado de Navidad. Just writing about the way Spaniards typically prepare their turkeys is enough to make your mouth water. They stuff their turkeys with truffle mushrooms and serve with a variety of sides. In some parts of Spain, seafood constitutes the main course.

As far as presents go, kiddos in Spain generally must wait until the morning of the Epiphany, January 6, to open them. On the evening prior, children leave shoes under the Christmas tree in hopes they will be filled with presents. They also leave a glass of Cognac for each wise man, because who wouldn’t want to get a little bit tipsy after a long journey to meet Jesus? 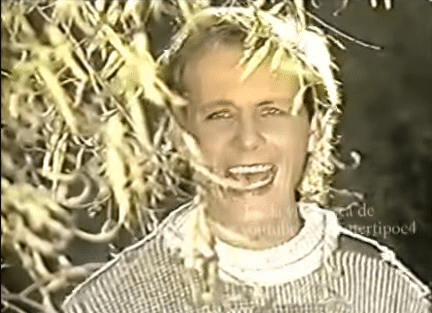 This is another example of a Christmas carol in Spain. It’s a fun tune with vocabulary that your students will enjoy learning. There are many versions of this popular song; the one performed by Oscar Athie is just an example. 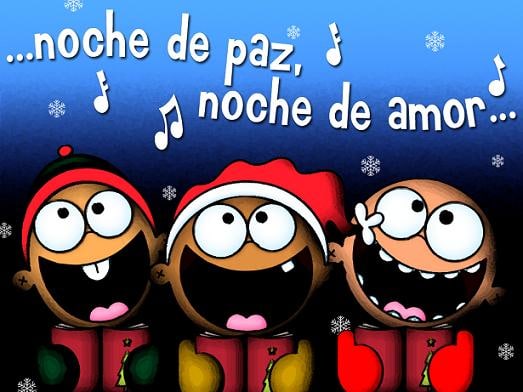 This song’s teaching potential is great, as it is the Spanish version of “Silent Night.” Because the melody is most likely recognizable for students, it makes for a wonderful learning opportunity. When they already know a song, it often makes students feel they comprehend the meaning better when listening to it in a different language.

There is no shortage of versions from which to choose, so it all comes down to your personal preference. I recommend selecting one in which the singer sings clearly so the students can understand the lyrics. 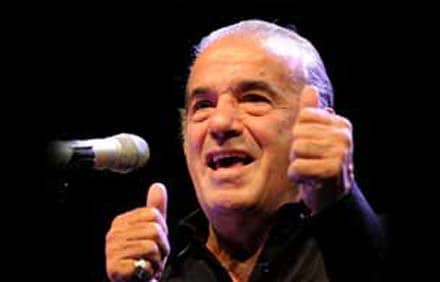 In Mexico, children must remain steadfast and patient, as they don’t get to open the bulk of their presents until January 6, a day known as Epiphany, or El Día de los Reyes. Leading up until that day, Mexican families host parties called Posadas, which are performances that demonstrate the story of Christmas in stages.

At Posadas, people often celebrate by whacking the heck out of piñatas traditionally shaped as donkeys. Poor paper mâché donkeys!

On January 6, during the main festivities, families traditionally eat a special cake called Rosca de los Reyes. Inside the cake hides a figurine of baby Jesus. Whoever gets the piece of cake with the baby inside (that sounds so wrong) gets good luck for that year. 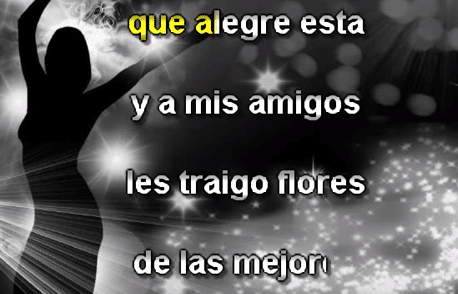 “Alegre vengo” is a traditional Puerto Rican Christmas tune. In Puerto Rico, Christmas carols are called aguinaldos. The songs with a more religious theme are known as villancicos. As is the case in many Spanish-speaking countries, the main festivities take place on Christmas Eve, or Nochebuena, instead of on Christmas Day itself.

For dinner on Christmas Eve, the main dish is usually roast pork, rice, plátanos, and pasteles. Pasteles are banana tree leaves wrapped around filling made of mashed green bananas and meat. Following the main course, Puerto Ricans indulge in desserts including arroz con dulce, rice cooked with spices, sugar and coconut milk, and tembleque, a kind of custard. Coquito is the traditional holiday beverage and is made using coconut milk and rum.

Generally, Puerto Ricans party so hard on Christmas Eve, often until the wee hours of the next morning. Therefore, Christmas Day for them is a day of rest, relaxation and recovery.

Like in Mexico, Spain and many other Spanish-speaking countries, Puerto Rican children do not open many of their presents until the Epiphany on January 6. The night before, children anxiously await the three wise men who will bring them presents. Children traditionally leave out a box filled with freshly-cut grass for the wise men’s camels to enjoy.

However you decide to incorporate this lesson on various Christmas cultures, your students will hopefully enjoy learning about other ways in which people celebrate.

To decide how much time to dedicate to each culture, try to prioritize based on the needs of your students. For example, if one of your students is avidly interested in Central American or South American culture, focus your lesson more on those traditions. If a student wishes to eventually study abroad in Spain, dedicate more time to the traditions of Spanish culture.

Teaching your students about other cultures can vastly expand their global horizons and pique their interest to continue learning more about the Spanish-speaking world, which is wonderfully diverse.

And combining that with some holiday cheer, you’re looking at an enjoyable lesson for all.