Money makes the world go round, doesn’t it?

Okay, money isn’t everything, but it does play a huge part in our lives.

Financial security is important, though—that’s for certain. There’s even a study that suggests counting money relieves pain. I guess one could say that having deep pockets is therapeutic or comforting.

Because money is so essential to us and the fact that China is one of the top 10 wealthiest nations in the world, it makes sense to learn this particular vocabulary theme in Chinese.

You might’ve heard people referring to Chinese money as yuan and remininbi. So what exactly is the difference between the two?

Without getting too technical with financial lingo, 元 (yuán) is the unit of account; simply meaning a unit that indicates how price is measured, such as the value of banknotes and coins. Thus, when you’re talking about denominations, you’d say 100 yuan, 50 yuan, 20 yuan, 10 yuan and so forth.

Yuan (¥) is also the symbol and unit used in foreign exchange, and CNY is the abbreviation used in international finance, trading and other modes of monetary exchange.

Renminbi (RMB) or 人民币 (rénmínbì), on the other hand, is the official currency of China. Known as the “people’s currency,” it’s referred to as the country’s medium of exchange.

The difference between the two is subtle, but most of the time, people will talk about Chinese money in terms of renminbi, as indicated in this conversation below.

Now that you know what the currency is in China, let’s get on with the rest of the post.

Cha-ching! Money in Chinese and How to Talk About It

Whether we like it or not, we talk about money on a daily basis. Let’s go over all the relevant vocabulary for discussing money in Chinese. 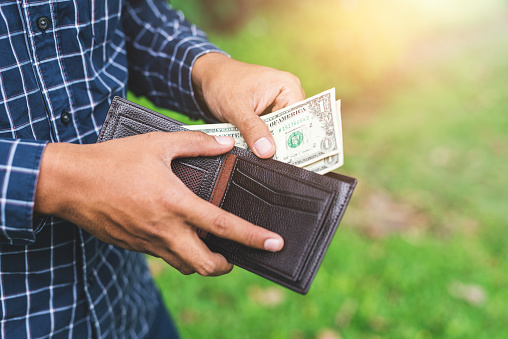 When discussing price, you might’ve noticed native speakers switching between 元 and 块. This is similar in the United States, where you might switch between “dollars” and “bucks,” or in the UK where they’d use “pounds” and “quid” interchangeably.

While 块 is considered the informal version of 元, it’s more commonly used than 元 in everyday situations.

One thing to note is that 元 is normally used for prices in whole numbers. If a price has decimal points, 块 would be the unit to use.

In China these days, it’s rare for anything to be priced to the exact penny, but if you do come across a product that costs ¥6.24, the price in Chinese would be 六块两毛四分 (liù kuài liǎng máo sì fēn).

It’s a mouthful, so don’t hesitate to shorten it to 六块两毛四.

No cash in your wallet? No problem.

China’s steadily moving towards being a cashless society, with even small street vendors accepting mobile payments. Both locals and foreigners alike have been using apps such as Alipay and WeChat Pay to shop, pay bills, book tickets and more. Yes, WeChat is much more than just a messaging app.

Here are the options of payment when going cashless:

To pay by card, simply say:

To ask if the above cashless payments are available, you’d just tack on 可以吗 (kěyǐ ma) after saying your preferred payment.

For example, if you want to ask, “Do you accept WeChat Pay?” or “Can I pay by WeChat?” you’d say:

Things to Say When Shopping 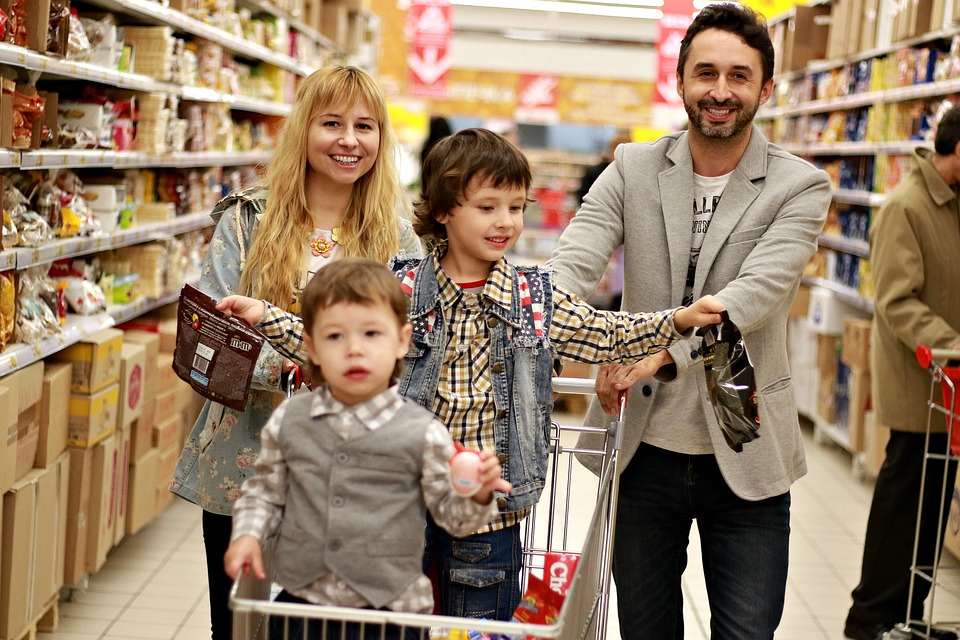 You might already know some key phrases when it comes to shopping, so let’s focus primarily on money exchanges.

Is it too expensive? Say:

If you happen to be shopping at a market or a store that does allow bartering, you could ask for a discount.

An indirect way of asking is by saying:

Although if you don’t mind being more direct, you could ask:

Unless specified otherwise, most stores and vendors accept cash payments.

Refer to the formula provided above if you’re going cashless. 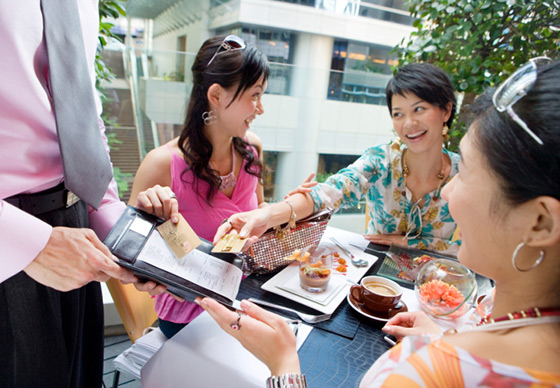 You’ve successfully ordered your food in Chinese, and now it’s time to pay the bill.

If you haven’t been given the bill yet, you can ask for it by saying:

Need to split the bill? Let your server know that you want to pay separately by saying:

If you need an invoice for tax purposes, just ask 可以给我发票吗? (kěyǐ gěi wǒ fāpiào ma?), which means, “Can you give me an invoice/official receipt?”

You’d then indicate the type of 发票 you need.

For the latter, you’ll have to provide your company name and address in Chinese.

Conversations at the Bank 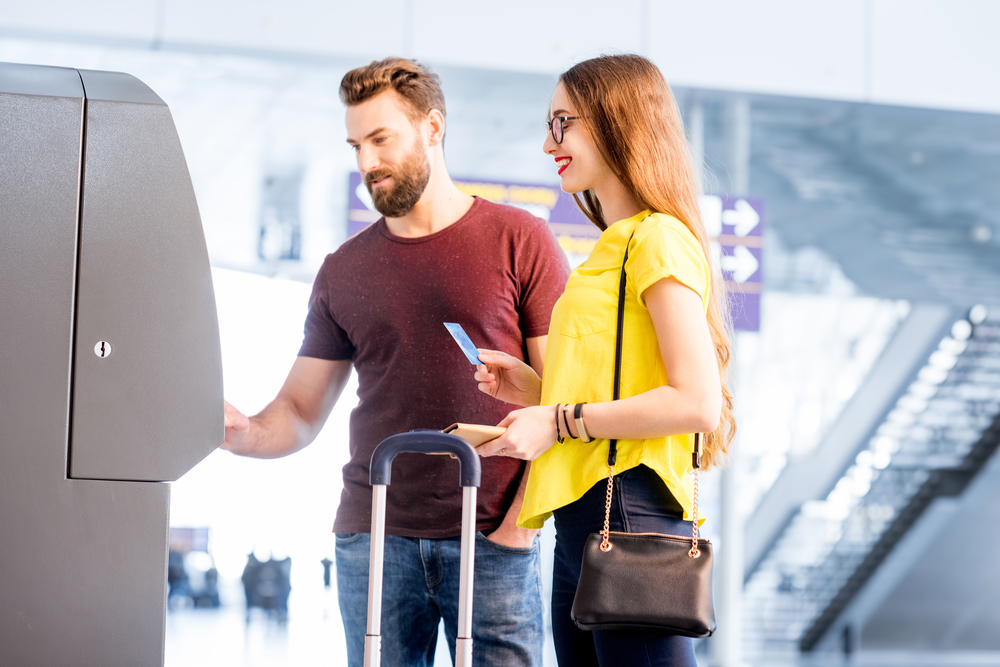 Looking for an ATM machine, or perhaps need a bank statement?

Most of the time, there will be an English-speaking representative at the bank, and the main banks in China also have hotlines specifically for English-speaking services. In case your bank has neither, or if you’re afraid that things will get lost in translation, here are some helpful terms to get you by.

You already know how to say credit and debit card in Chinese. Let’s take it a bit further with other bank-related vocabulary. Regardless of whether you can carry a conversation in Chinese without fumbling, knowing these terms will at least give the bank tellers an idea of the kind of service you require. 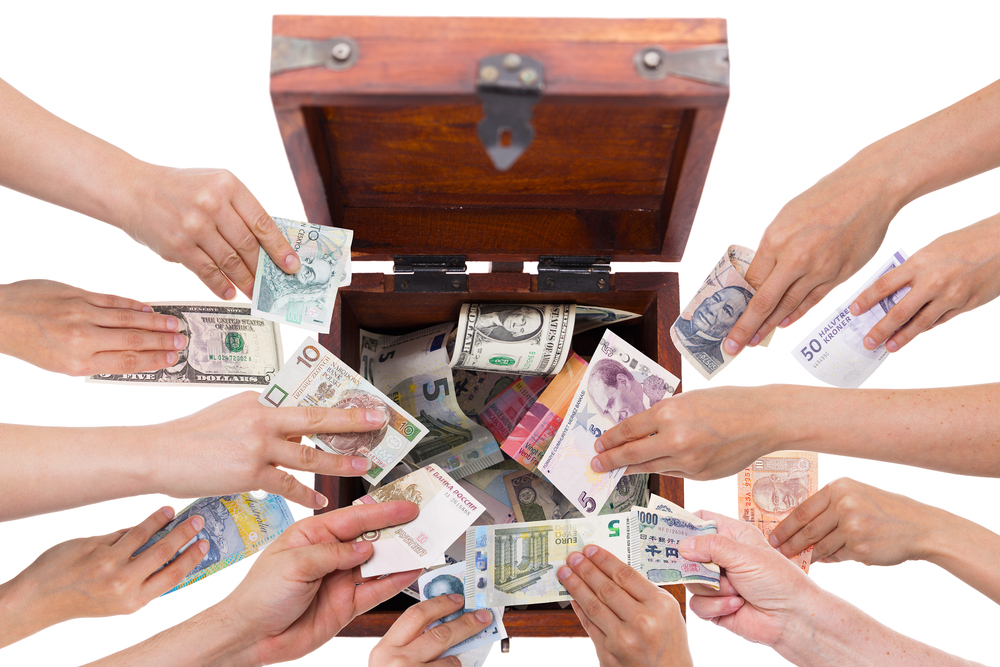 Curious about what global currencies are in Chinese? Here are the Mandarin translations for the most commonly traded currencies for your reference.

And there you have it. Knowing all these terms and phrases may not be as pain-relieving as counting money, but it sure does make life a lot easier when dealing with money in Chinese.