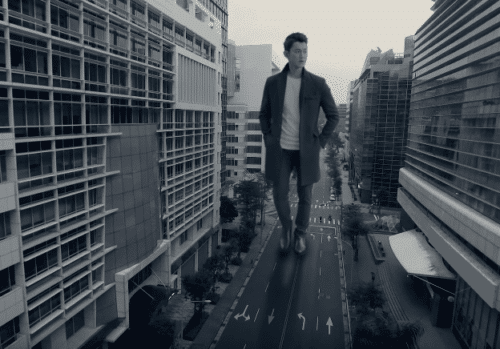 Music is the language of the soul.

You can listen to a song in an unfamiliar language and still feel its vibrancy.

It can also be a tool.

When my father came to the United States from Italy forty years ago, he didn’t know a word of English other than “hello” and “help.”

He never went to a class to learn the language, but still somehow managed to become a semi-fluent English speaker within a few years.

His method? “I listened to a lot of Dean Martin, Frank Sinatra, The Beatles…”

That’s right. Music helped my father learn English in only a couple of years. While he also did other things, (like constantly asking people in conversations what certain words meant and watching a lot of daytime American television) he was able to learn English through listening to music.

But how exactly can an English speaker learn Chinese with songs? Isn’t it way more different than an Italian speaker learning how to speak English?

How Can I Learn Chinese with Songs?

Kind of like my father with his Frank Sinatra and “Judge Judy,” watching Taiwanese dramas and listening to Mandarin music helped me immerse myself in the Chinese language and gain some fluency.

While listening to a song isn’t akin to participating in a lesson (which can provide you with more tools to learn the language properly) it can do a few things to improve your fluency:

Adding songs to your Chinese study routine is a great way to bolster your learning. If you can’t get enough of these kinds of videos, consider giving FluentU a try. FluentU takes real-world videos—like music videos, television shows, movie trailers, news and inspiring talks—and turns them into personalized language learning lessons.

Combine this resource with these 10 awesome tunes and you’re sure to make your learning sessions dynamic!

The Taiwanese drama 惡魔在身邊 (è mó zài shēn biān) — “Devil Beside You” was one of my favorite television shows when I began learning Mandarin Chinese.

Other than being the lead actress of the show, 楊丞琳 (yáng chéng lín) — Rainie Yang also produced one of the main songs from the series. It’s poppy, elegant and entrancing. And the chorus is sure to get stuck in your head.

贵妃醉酒 (guì fēi zuì jiǔ) — “The Drunken Concubine” was a Qing Dynasty opera in Peking, also known as today’s Beijing. The play is still celebrated and performed in the city to this day with lavish choreography and extremely detailed costuming.

Popular Chinese singer and performer of opera, 李玉刚 (lǐ yù gāng) — Li Yugang, found fame when he performed the leading role. He recorded a song based on the play as well, blending modern and traditional Chinese music to make one truly interesting track. The coolest part of this song is Li Yugang’s uncanny ability to hit traditional female notes.

There are a lot of very simple prepositions and nouns in this song, so it would definitely be easy to memorize as a beginner.

海尔兄弟 (hǎi ěr xiōng dì) — The Higher Brothers made waves in the West recently and are often described as the next big rap group in China. Their songs are comedic, modern and fun, and this four-piece rap group can seriously spit some rhymes.

Their song WeChat has a mix of Mandarin and English lyrics, making it a good beginner song for Mandarin learners. You can also learn a bit about today’s youth culture in China in their music, including everything from restricted access to a free internet, sex, romance, food, classism, fashion and slang.

While that last line is a little awkward in English, it makes sense in the full context of the song. Here, 杨俊逸 (yáng yùn yì) — Psy.P is talking about his Scorpio tendency to start drama with his words.

Taiwanese pop music has its own fairly long list of pop music icons, and 王力宏 (wáng lì hóng) — Wang Leehom is definitely one of them. “Stranger in the North” is catchy and very high-energy, making it the perfect song to try and memorize while sitting in traffic.

There are a lot of complex prepositions in this song and the rapping portions are fairly quick, making it ideal for the intermediate learner.

This pop ballad from artist 邓紫棋 (dèng zǐ qí) — G.E.M. is a great track to listen to for learning due to its alternating timing and use of tones.

Mandarin is a very tone-heavy language, and it may seem as if singing in Chinese would be fairly difficult. “Light Years Away” demonstrates how to maintain tones so that they’re understandable while also playing around with how those tones can be used in a singing voice.

家家 (jiā jiā) — Jia Jia’s track about self-acceptance isn’t just inspiring and beautiful, but it’s also slow enough for beginners to understand and memorize. This pop ballad is a popular mainstream song in China and was used in the soundtrack for the romantic Taiwanese comedy 極品絕配 (jí pîn júe pèi) — “The Perfect Match”.

If you’re a fan of more chill, laid-back music, this tribute to bedrooms by 蛋堡 (dàn bǎo) — Soft Lipa will definitely put you in a good mood. Keep in mind that because it’s rap music, the lyrics go by pretty quickly. This track would be ideal for intermediate or advanced speakers.

China has quite the interesting underground rock scene. If all the pop ballads and high-energy rap tracks we’ve mentioned thus far aren’t your cup of 茶 (chá) — tea, maybe this hard rock anthem will be. This song has very repetitive lyrics and simple vocabulary words, so if you’re a beginner, enjoy!

EXO is a pretty interesting boy band. They perform songs in a mix of English, Mandarin and Korean. If you’re an advanced Mandarin speaker, a novice Korean speaker or up for a challenge, why not try to memorize this beautiful ballad?

Need some inspiration? This 周杰倫 (zhōu jié lún) — Jay Chou track is a powerful anthem about sticking together, no matter how hard life gets. This song also has a lot of very basic nouns, verbs and propositions, many of which you would typically learn in Chinese 101. Great for beginners!

How catchy are these tracks in Mandarin?

Once you make a playlist of your favorites from this list, you can listen to them while you cook, study or when you’re just chillin’—all while learning Mandarin Chinese.

Since you’ve made it this far, you’re obviously serious about learning Chinese, which means you may just love FluentU.

Step by Step Skype Chinese Lessons: How to Learn Mandarin Through Skype
We’re Not Kidding! 4 Kid-friendly Ways to Learn Chinese