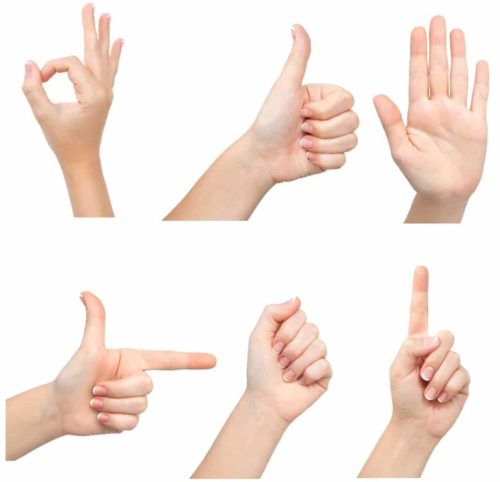 What’s the most insulting gesture you can think of?

If you’re from the States, we’re probably both thinking of the same thing.

In every culture, people communicate with body language and not just to express romantic interest. Body language is part of everyday life.

Learning certain gestures is a necessary part of communicating fluently with native speakers.

We all know a couple of fairly insulting physical gestures that could start a fight where we live. Every culture has these, and we should be sure to avoid them when communicating with friends and acquaintances.

In that same vein, there may be some positive gestures a Chinese person could make that could leave the unfamiliar traveler scratching their head.

Fear not the body language faux pas! We put together a list of some common gestures one may encounter when traveling abroad in a Mandarin-speaking country, as well as a few you should avoid for the sake of manners.

Why Should You Familiarize Yourself with Chinese Gestures?

Here are some gestures you should stay away from so that you make the best possible first impression:

Now that we’ve shown you some actions to avoid, let’s look at some gestures you should use liberally while in China.

For each of these gestures, let’s look at what they mean and a few videos on how to execute them properly.

1. Beckoning with the down-turned palm

Westerners will sometimes use their index finger to tell someone to “come here,” but that’s not how it’s done in many Chinese-speaking cultures. To beckon someone, pull your fingers in a down-turned or sideways palm towards your body. This will almost look like a cat pawing at something.

This is a gesture mostly used among friends and young people. This motion wouldn’t be the best to use when communicating with your older native Chinese boss or superior. In a case like that, try your best to establish eye contact with the person and bow slightly. This is a much more formal beckoning gesture.

2. Place your chopsticks on top of your bowl

Instead of sticking your chopsticks into your dish bowl or onto a napkin when you’re done eating, it’s customary to place chopsticks that aren’t in use horizontally on top of your bowl. In Chinese-speaking cultures (as well as several other Southeast Asian cultures) it’s a big no-no to stick your chopsticks upright into your rice while dining with others.

This mimics the appearance of funeral incense and is considered a sort of “death” omen. Younger generations don’t mind as much—but doing this will still make one look a bit ignorant.

3. Present and accept gifts with both hands

When offered a gift, don’t snatch it up with one hand. Take the box or bag with both of your hands. Additionally when offering a gift, don’t offer it with just one hand, no matter how small the gift.

You should also do this when you accept or offer business cards. You want to make sure your potential business associate remembers you for the right reasons, so be sure to use both hands!

Are you a big hugger? Sadly, this may not go over so well in China. Touchiness and PDA are less common in Chinese culture. Hugging, kissing cheeks, back-slapping or reaching out to touch a pin or tie before complimenting it are all major no-nos.

Nodding with a polite smile or shaking hands are preferred gestures when greeting someone over friendly hugs.

Additionally, try to greet the oldest person first if you’re meeting a family or group of people. (Although younger Chinese people don’t really care about this.)

It’s interesting how toasting can vary so much among different cultures. When throwing back a shot during a Chinese toast, stand up or tap the table with your palm somewhat loudly while drinking. This is just considered a more participatory, social way of making a toast at a party or business venture. Make sure you toast everybody at the table before drinking, too!

6. Point to your nose

In places like Australia and New Zealand, this nose-touching gesture is a sort of wry one, while in the United State this may be seen as a gesture for thinking. Ah, the diversity of body language.

Although Chinese may be a foreign language, everyone can understand the idea (and power) of body language. Human beings are so much more connected than we think!

Now get out there and impress all your Chinese friends with your newfound knowledge of Chinese body language!

How to Build a Totally Free Chinese E-book Library
Get Your Culture On! 5 Chinese Movies and Dramas on Netflix Based on Popular Novels