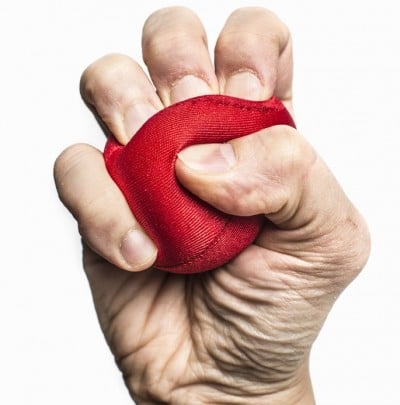 The Definite Guide to the Chinese Ba Construction

Chinese grammar has a way of lulling you into a false sense of security.

No singulars or plurals?

That is, until you’ve built up a solid base of language building blocks. Until then, perhaps you’ve been able to ignore the little words sneaking in around the edges, warning you that Chinese grammar and English grammar are worlds apart.

Once you start pushing towards intermediate Chinese, though, these little words get harder and harder to ignore. One that’s tripped up more than one language learner along the way is 把 (bǎ).

In today’s post, we’ll get you started with the basics: what 把 (bǎ) sentences look like, why they’re used, and most importantly, how you can start getting yourself in the habit of using them.

There are two things about 把 (bǎ) that make it especially tricky for language learners. One is that it has no equivalent in English grammar. The other is that it completely changes the order of the sentence.

When you use 把 (bǎ), you have to remember to put your object before the verb. Since English speakers just don’t plan their sentences that way, it takes some getting used to.

As a fairly simple example, take the following sentence.

This follows the basic order of a 把 (bǎ) sentence:

Note that I didn’t choose such a complicated verb just to show off my mad grammar skills—we’ll come back to this in a bit.

Why do I have to learn the 把 (bǎ) construction?

You mean besides the fact that you want to learn to speak Chinese like a native, right?

There are a lot of sentences in Chinese that sound a little better, a little more natural, if you use 把 (bǎ), but if you don’t feel like making your brain hurt, you can get by without it.

That said, Chinese has at least one common verb where you just can’t use normal English word order: 放 (fàng) “put” requires you to use 把 (bǎ).

What is the 把 (bǎ) construction good for?

Now that you know what a 把 (bǎ) sentence looks like, and you’re convinced (I hope) that you won’t be able to ignore it forever, we’ll look more carefully at when and why you might want to use 把 (bǎ).

First, the word itself—the clever Chinese student might note the hand radical in the word 把 (bǎ). Use this as a mnemonic—把 (bǎ) sentences are often used in situations where you could say, figuratively at least, “The subject took the object and did something to it.” (This is, in fact, the likely historical source of the 把 (bǎ) construction.)

You could express roughly the same meaning by saying “She took the dumplings and ate them up.”

Talk about what happened to something

What this means is that you can’t describe just any old situation with a 把 (bǎ) sentence. You only use 把 (bǎ) when the object has undergone some change, or when it has been strongly affected by the action. (Grammar books will sometimes refer to this as affectedness or disposal.)

In fact, while 吃了(chī le) “ate” is perfectly happy being used without 把 (bǎ), if you try to use 吃掉了(chī diào le) “ate up” without 把 (bǎ), native Chinese speakers may find it cringe-worthy.

In most 把 (bǎ) sentences:

Let’s think dumplings again. In our sentence, the dumplings have undergone a change (from not eaten to eaten). The result is clear (they’re gone), and all of the dumplings (not just some of them) have been eaten.

There are certain verbs that are especially well-suited to being used with 把 (bǎ) because they always describe this type of event. Besides 放 (fàng, “put”), some other common examples are 卖 (mài, “sell”), 买 (mǎi, “buy”), and verbs that combine with成 (chéng, “become”) such as 变成 (biàn chéng “turn into”) and 翻成 (fān chéng, “translate”).

Because Chinese verbs, mercifully, aren’t conjugated to show things like time or completion, plain old verbs almost never show up in a 把 (bǎ) sentence. The verb in a 把 (bǎ) sentence is usually followed by another word that helps express how or where the action was carried out, or even clearly shows that the action is complete.

Some examples that show completion are the complements 好 (hǎo) and 完 (wán), as in:

Verbs followed by a directional complement are also tend to play nicely with 把 (bǎ) sentences. One example:

On the other hand, verbs that describe events like thinking, feeling, or perceiving, such as 知道 (zhīdào “know”), 喜欢 (xǐhuān “like”), and 看 (kàn “look”), are almost never used with 把 (bǎ) because the object remains unaffected. “She took the dumplings and liked them”—strange, right? So no 把 (bǎ) allowed.

Talk about what happened to a known thing

(For the grammar book readers out there, this is another way of saying that the object needs to be either definite or generic.)

If you’re an English speaker, think about whether you could use the word “the” with the object. If you can’t, 把 (bǎ) isn’t going to work.

—unless your coworker already knows which dumplings you’re talking about: “I made some dumplings last night and brought them to work today. I meant to share but they were so delicious. So I ate all the dumplings. Sorry.” In that case, go ahead and use 把 (bǎ).

How can I make a habit of using the 把 (bǎ) construction?

Knowing how to put a sentence together grammatically is important, but it won’t get you any further than an A on an exam unless you can remember to use the grammar when the time is right. We’ll wrap up our post with some ideas to help you practice so that you can make that happen.

Walk yourself through your daily routine using 把 (bǎ)

As you get ready in the morning, there are all sorts of things you do to something else. Try talking your way through your routine in Chinese (and if you don’t live alone, consider keeping the conversation in your head!)

Practice with a language partner

把 (bǎ) sentences work nicely with imperatives, or ordering someone to do things. Have your language partner boss you around for a while, while you get up and carry out the actions.

Chinese speakers don’t just use 把 (bǎ) sentences at random—they have a reason. And one of those reasons is to make a conversation sound more dramatic. (There’s a whole book about this, by Zhuo Jing-Schmidt, should you be looking for a very long diversion from your studies.)

So think of something exciting that happened recently. And then think about how you could tell a simple version in Chinese—with a 把 (bǎ) sentence:

昨天我去商城。(Zuótiān wǒ qù shāngchéng.) “I was going into the mall yesterday.”

These tips should get you well on your way to a good understanding of 把 (bǎ). But if you still find 把 (bǎ) a little confusing, don’t worry. You’re in good company. Chinese syntacticians (people who study Chinese grammar for a living—and yes, they do exist) have written pages upon pages about 把 (bǎ). And they still can’t even agree about what part of speech it is.

Fortunately for us, though, you can use 把 (bǎ) perfectly without ever having an answer to that question.