“Was it something I said?”

You might ask yourself that when the conversation suddenly stops and everyone seems to be looking at you.

It may have been a simple enough misunderstanding or a false friend—like trying to push a door labelled as “puxe” (pull), or trying to order some “pasta” (which means “paste” or “briefcase”!).

Minor hiccups happen all the time, but we’re about to make those false friends a thing of the past.

Whether you’re heading to a Portuguese-speaking country or you’re simply finding new, efficient ways to communicate with your Lusophone friends, a good translator app will put an end to most awkward scenarios.


Why All Portuguese Learners Can Benefit from Translator Apps

Even if you’re not a globetrotter, translation apps can be quite useful.

There are times when a dictionary app might not do the trick. When you need something more interactive and complete, a translator will fill the void.

With the right app at your disposal, you’ll be able to source information directly from images, text or speech. A few of these apps even provide cultural guides and lists of common phrases for travelers.

Pair the right app with your online resources and supplementary learning material, and you’re guaranteed to find yourself on the path to linguistic success.

You can also get quite creative when using these apps. For instance, if you’re reading a book or a magazine and you happen to stumble across a series of numbers (think percentages or figures larger than 100), you can punch them onto the translator to hear how Portuguese speakers would pronounce them.

And for those of you who are lucky enough to visit Brazil or Portugal, you’re in for a treat. A handy translator app will help you make sense of menus, street signs, everyday words and the colloquial phrases you come across on your journey.

A quick word of advice, though. Portuguese translator apps are best suited for getting a general idea of what’s presented in front of you. They won’t pick up on nuances, nor can they teach you the best practices about verb and sentence construction (although, as you’re about to see, some do make an effort).

If you’re ever in doubt, the old trick of translating from English to Portuguese and back will help you identify whether anything has been… well, lost in translation.

Of course, it’s always best to learn in context, so it can help to hear any words that you translate inaction by native Portuguese speakers. You can do this on FluentU, where you’ll be shown authentic Brazilian Portuguese videos like TV show clips, commercials and informational talks.

FluentU can double as a contextual translator: It’s equipped with a contextual video dictionary, allowing you to check the meaning of any word in the subtitles on the fly. You can see example sentences and videos of vocabulary words with the specific translation that you’re trying to learn. 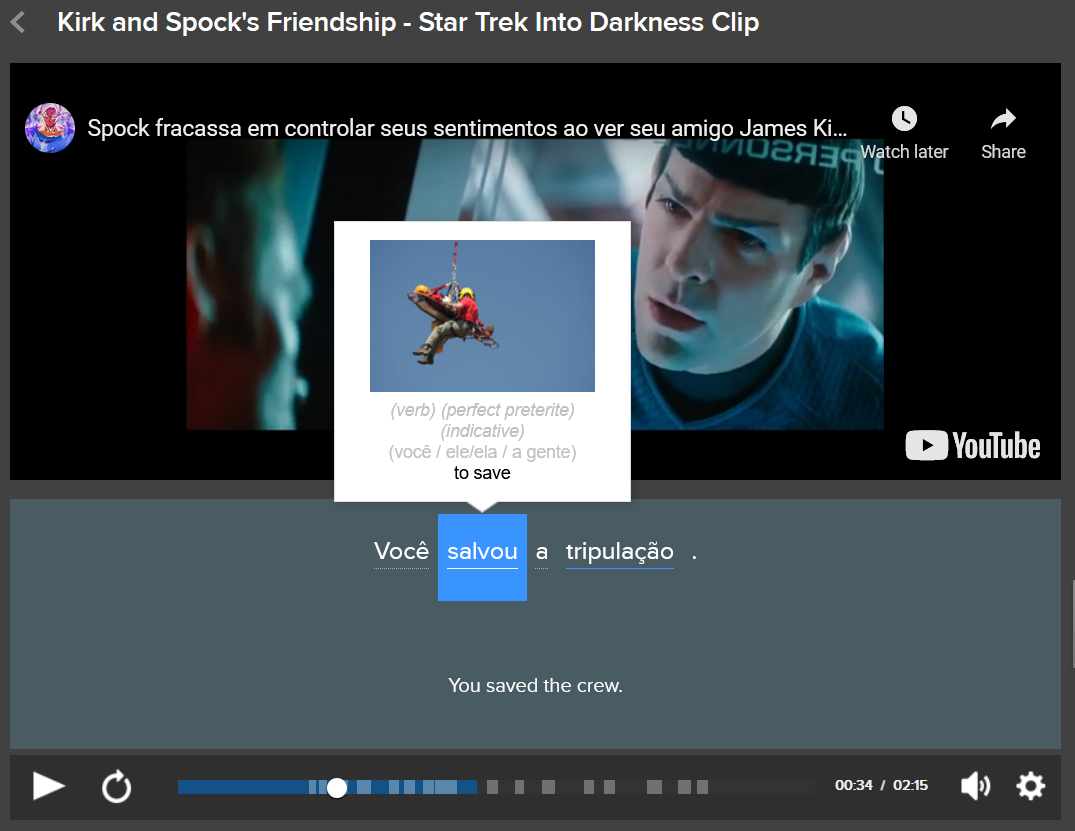 You can also save vocabulary words to your flashcards decks. You can then study them with personalized quizzes where you can practice typing and speaking new words. You can use FluentU in the browser or download the iOS or Android app and have another great translation resource in your pocket.

8 Portuguese Translator Apps to Ensure Nothing Is Lost in Translation 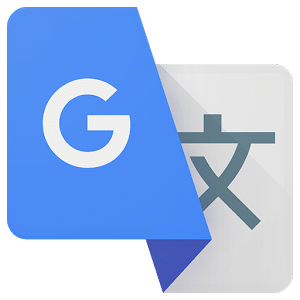 Google Translate has come a long way in recent years. No longer is it a mere feature of the powerful search engine—if anything, this free app is probably one of the best of its kind.

Translations are checked and approved by the community, so there’s minimal room for error. There are many interactive components to choose from too: you can enter some text, write a word on your screen with your finger, say it aloud, take a photo or listen to the words being spoken back to you.

Both Brazilian and European Portuguese learners can benefit from Google Translate, to a point. Audio playback on translated words is more favorable to the Brazilian accent. Other than that, the app is practically faultless. 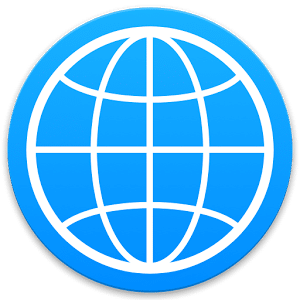 iTranslate is a snazzy app that enables travelers, students and professionals to make sense of more than 90 languages. Even better: both varieties of Portuguese are covered by the platform.

The free version is quite comprehensive, featuring voice recognition, a history archive of words for future reference, automatic language detection and an SMS keyboard extension for the selected language.

There’s also a paid version that includes offline translations, website translations and a dictionary and verb guide to help you improve your Portuguese grammar. 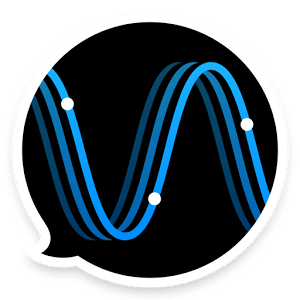 As you can probably guess by its name, iTranslate Voice is the paid voice recognition sister app of iTranslate.

Interactivity is this translator’s strong point, and European and Brazilian Portuguese learners alike will be able to connect with native speakers through the platform. iTranslate Voice also features a phrasebook with everyday sayings that you can use during your cultural exchanges. 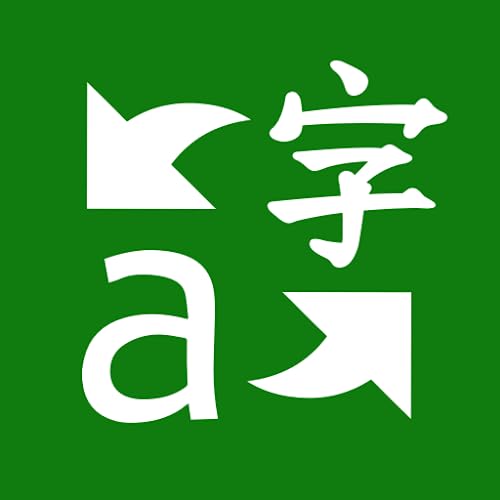 Microsoft Translator is a unique live translation app that aims to connect learners with people who speak the supported languages. The app lets you choose between interacting with others or simply inputting some text into the Bing translator.

While the platform is vague on which Portuguese variety it covers, a quick test of the online translator indicates that the pronunciation is more skewed towards the Brazilian accent. That being said, those learning European Portuguese will still get plenty of interactive writing practice from the platform. 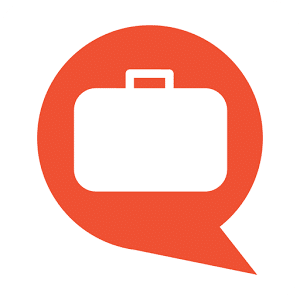 TripLingo caters to the traveling crowd, but anyone can tap into its educational resources (it could even help you plan ahead if you’re pining for a European or South American expedition). The app is well-suited for both Brazilian and European Portuguese learners.

Along with a voice translator, TripLingo includes culture guides, phrasebooks, audio lessons, interactive flashcards, quizzes, essential travel safety advice and local information. The free version gives you basic access to each of these features—if you like what you see, the premium subscription will unlock all the content. 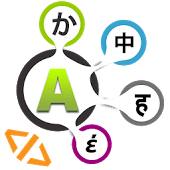 Translate SMS is a sleek little app that allows you translate your text messages into 38 different languages. It also includes a pronunciation feature as well as a sharing function that allows you to transfer translations across multiple platforms.

There’s a free option available for Android, but it’s very limited by comparison. Not only does it contain ads, but the free app only allows you to send five messages per day. So if you want more than that, you might want to opt for the paid version.

All translations, regardless of which version you choose, are generated online—in other words, you won’t be able to use the app without an internet connection. 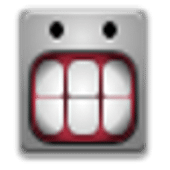 Compared to others on our list, this is a pretty basic app, but it can be quite useful nonetheless.

SMS Translator relies on Google and Bing to translate incoming and outgoing text messages in multiple languages. The app also includes a text-to-speech function and a customized library of sayings that you can access and update with your own words and phrases. This in turn is complemented by a practice mode which lets you memorize words as you listen to them.

For an iOS alternative to SMS Translator, try the iHandy app. The free version features a sleek user interface that supports 52 languages, including Portuguese.

All words are saved in a history archive so you can search for them later. The app is also unique in that it includes social media integration—you can translate Facebook statuses and Tweets directly from the platform.

As you can see, no translator app is quite like the other. Sure, there are plenty of similarities, but even the simple text apps on this list have their own distinct strengths and weaknesses.

The best thing you can do is try out a few of them to see how they align with your current goals and abilities. Most of them are free, after all, so it’s worth a shot!

Good luck, and enjoy the ride along the road to Portuguese language fluency.