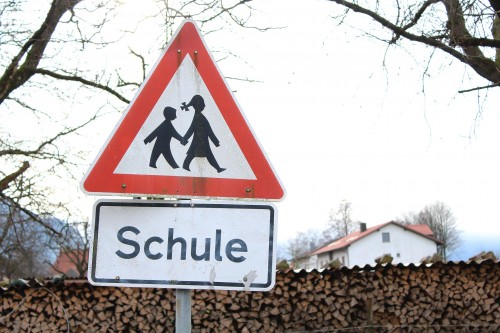 If you’ve ever played the old computer game “RollerCoaster Tycoon,” you know how fun it is to use the “magic fingers” to pick up employees or patrons and drop them in other places throughout your theme park.

Imagine if that could happen to you in real life.

A big hand swoops down and grabs you by the collar, whisking you away from your home and plunking you down in a place far from your comfort zone.

Heck, you may end up in a place like Munich or Berlin, where most people speak German, whether it be your cab driver, computer salesman or bartender.

Many students, young and old, have the opportunity to travel to Germany for the ultimate language immersion. Some even get the chance to join a language immersion course, where all teaching is completed in the German language and you interact with friends, go to movies and explore the German landscape, all with the intention of becoming a fluent speaker.

We’ve discussed German immersion courses in places like Berlin, Munich, Switzerland and Austria. For example, some of our favorite immersion programs from other countries include:

German immersion courses are most popular throughout cities in and around the actual country of Germany. So, what is a resident of (or visitor to) the United States to do?

Well, it turns out you don’t have to only stick with German TV shows or vocabulary guides in the United States, because the old Melting Pot has effectively set up a large collection of German immersion programs, all scattered throughout the country from Washington to New York.

Why, that’s a wonderful question, because although we covered it a bit in the introduction above, there’s much more to the whole German immersion curriculum. Overall, you can break down a language immersion class into four requirements:

1. A German immersion course is generally taught in Germany. But not necessarily. Some of them have sprung up all over the world so people don’t have to leave their home countries to become fluent (as you can see with this USA-focused article.)

2. An immersion course works so that the second language (in this case German) is used as the primary language for teaching subjects. If this intimidates you, that’s kind of the point. The goal is to learn by absorbing as much as possible.

3. You’ll learn standard subjects such as math, science and history. You’ll learn them all through speaking German with classmates and teachers. This gives you the unique chance to put your German to work. After all, topics like these are helpful if you ever plan on having a career in Germany.

4. English, or whatever your first language, is only used on an as-needed basis. Keep in mind that you should consider looking for a program teacher that also speaks in your native tongue. That way, if you simply can’t figure out a problem and speaking in your first language is required, you aren’t stuck trying to translate yet another language you find difficult.

Note: Most study abroad programs have immersion courses, so if you’re a college student already considering a trip to Germany, Austria or even Switzerland for a semester, look into the curriculum and make sure you find a program that tries to immerse you in German learning at every corner.

The Benefits of German Immersion Courses

German Schools in the USA

The German School of Washington DC offers preschool, elementary school and grades five through twelve, making it the ideal spot for parents looking to immerse their kids in German while sticking around in the Washington DC area. This actually works just like a regular school, in that open houses are held on a regular basis, tons of resources are available for parents and athletic teams are encouraged for staying fit.

This New York based immersion program presents a schedule that’s designed to prepare students for a successful life in college. The grades range from preschool to high school, and the curriculum covers everything from history to biology, music to ethics. As with most of the schools on the list, your courses are completed in German and exams are administered on a consistent basis.

The Chicago International School of German is located in the Uptown neighborhood, and it offers preschool, kindergarten and elementary school options. Before and after school care is provided, and students are taken through German classes on a weekly basis. However, you’ll also find that the math, art, music and even gym classes are taken in the German language. Each class is broken into 45-minute periods, and the amount of 45-minute periods per week depends on the grade level.

For those tech families living in Silicon Valley, a German immersion course could do wonders for kids, considering many Germans are working in the technology markets. Going all the way up to high school, this German school offers student exchanges, libraries, extracurriculars and after-school programs. Locations include Mountain View, Berkeley and San Francisco.

Parents can enroll their kids into this immersion program starting at age three. It goes all the way up to grade twelve, and the German-language courses include English help for people from abroad, along with areas like math, science and history. The rooms are spacious and you can join a student exchange program in high school.

The Concordia immersion program is held in Minnesota, and it’s one of the top places for adults in the United States to rapidly gain fluency in German. Fun subjects like music, film and dance are all covered, and you’re encouraged to explore the outdoors, or cuddle up with a good German book. The village is modeled off of a real German town, and even the food you eat is authentic German cuisine. Your German speaking is honed through some of the following topics and situations: personal explorations, Germany’s relationship with the world and sustainability.

Goethe Courses Throughout the USA

If you’re in Atlanta, Boston, Chicago, New York, San Francisco or Washington, Goethe has a German immersion course for you. They even have some German summer schools for kids who are looking to learn in places like New Mexico, Vermont, Rhode Island, Oregon or Pennsylvania.

Testing is required to be accepted into one of these schools, but it works differently from most immersion programs, since just about any skill level can join, and adults are accepted into designated courses.

Hopefully these German immersion courses give more people an opportunity to achieve the wonders of fluency.

Decades ago it would have been much harder to locate schools like these, but with the growing interest in travel, the United States has taken on the challenge of educating citizens interested in German.