Get Ready to Laugh! 7 Funny French Videos on YouTube

Already spending most of your spare time trolling YouTube?

So use your downtime to give your French funny bone a workout!

They say the best way to understand another culture is to understand its humor—and these French videos will help you do just that.

Tips for Maximizing Comprehension of the Videos

Watching videos in French may not be the easiest exercise for beginners, but there are a few ways you can approach this to ensure you’re getting the most out of your viewing experience.

Before diving into our headliners, let’s look at a couple of video resources that will get you warmed up and increase your understanding.

In this video, Taylor delves into some of the strangest French expressions he’s encountered while living in Paris. He laughs about some of the most frustrating aspects of French to learn and shares a few expressions that, perhaps, will be new to you.

Now let’s get into our featured act—those hilarious French videos!

Eddie Izzard explores why it’s so hard to learn French 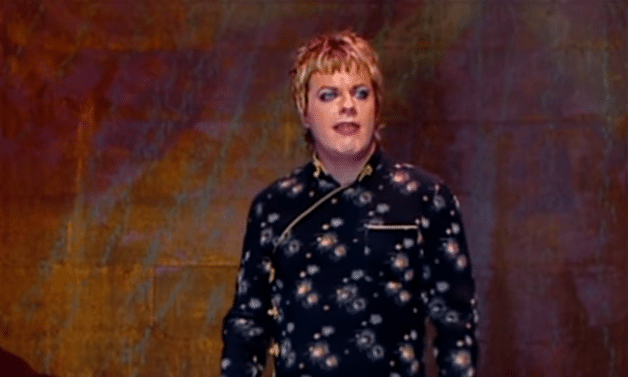 Eddie Izzard may be a British stand-up comedian (and also happens to be what he’s dubbed “an executive transvestite”), but he’s also fluent in French—so he understands the long and sometimes arduous road that French learners must take to master the language.

In this video, Izzard delves into attempting to insert the sometimes questionably useful phrases in his French textbook into everyday conversation in France. Hilarity, as you can imagine, ensues when he tries to find an opportune moment to tell the locals that “Le singe est sur la branche,” (the monkey is on the branch).

This video is partially in French and partially in English, which also makes it more approachable for French learners. While he doesn’t translate everything, contextualizing the portions of the video in French with English will likely make it easier for you to follow.

Le café (Coffee) will put a skip in your step 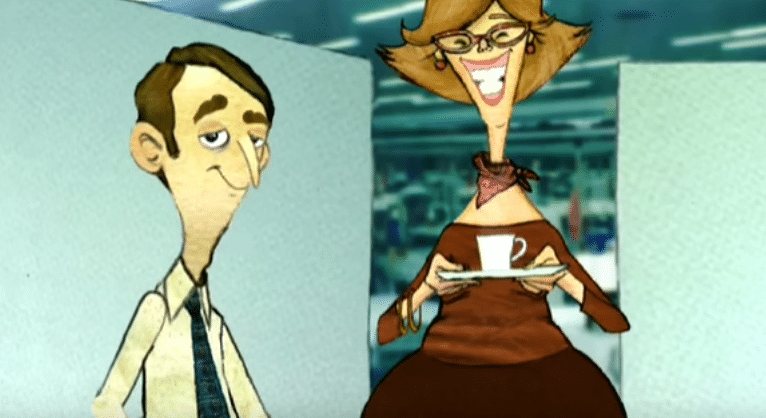 We can all identify with how tough the daily grind is—and this catchy song shows what happens when you take every working person’s favorite vice, coffee, to the extreme.

While the rhythm of this song gets pretty fast (as you can imagine, given the topic at hand), the illustrations are quite helpful for getting a better understanding of the lyrics, which are also available with both English and French subtitles.

If you can, try to listen with the French subtitles first. If these grow too tough, you can always switch to English.

Beware: this little tune is a real rengaine (earworm), so don’t be surprised if you’re humming it all day after watching the video. 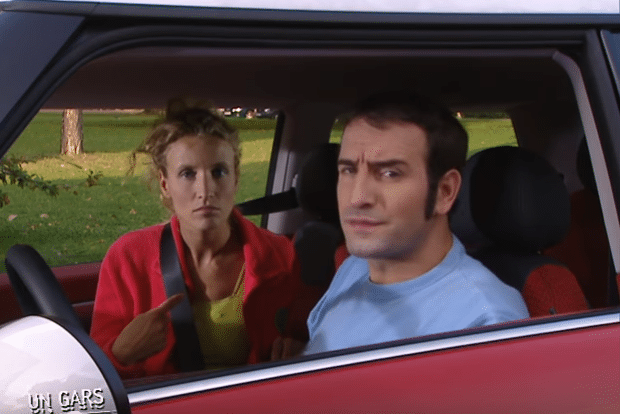 This television show from the 90s is starting to get a bit dated (but it does afford you the chance to see Jean Dujardin before he became a Hollywood star!).

The premise of “Un Gars, Une Fille” (a television series whose title translates to, “A Guy, A Girl”) is to show funny vignettes about life in a relationship. This video offers a selection of clips where Jean and Alex attempt to go through the drive-thru (with various amounts of success).

This clip is one of our faves for French learners. First of all, the actors tend to speak quite slowly and enunciate (a characterization choice that works out well for non-native speakers).

Also, there are also dozens more videos from the show’s four-year run addressing a variety of themes. So if you like this one, you can keep coming back to the lives of Jean and Alex to learn even more French expressions and delve into French culture. 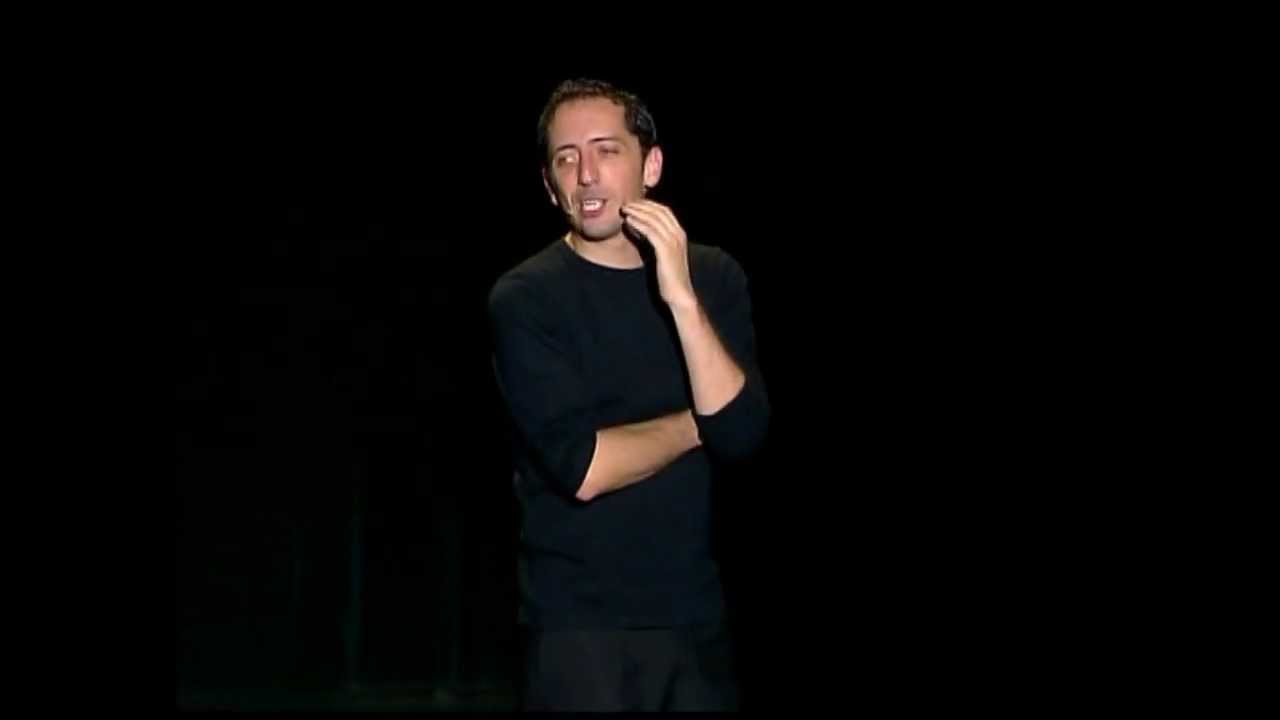 The pain of taking a trip to IKEA transcends borders, as stand-up comedian Gad Elmaleh shows. In this video, he explores the painful journey of a regular guy shopping who’s encountered “Le Blond” (the blonde guy) in the famed Scandinavian furniture chain.

“Le Blond” is an archetype created by Elmaleh who’s perfect in every way (down to his perfect pronunciation of Swedish furniture models), something that’s endlessly infuriating for Elmaleh’s character.

Elmaleh’s brand of physical comedy and his over-the-top facial expressions make him an easy comic for foreigners to understand. And the influence he’s taken from American comedians make him particularly approachable for Americans used to this style of show. 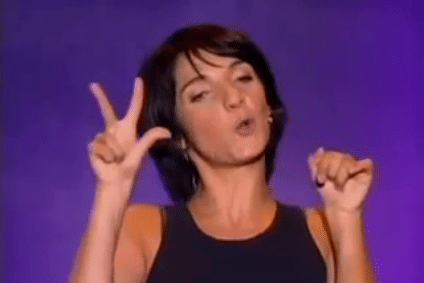 Stand-up comedienne Florence Foresti takes yet another mundane chore—in this case, waking up in time for work—and explores it through a different but equally hilarious physical comedy routine.

In this video, she shares her tips for showing up to the office late and attempting to hide this fact from her coworkers. The clip also offers a glimpse into French office culture, with office congregations generally taking place around the coffee machine rather than the water cooler. 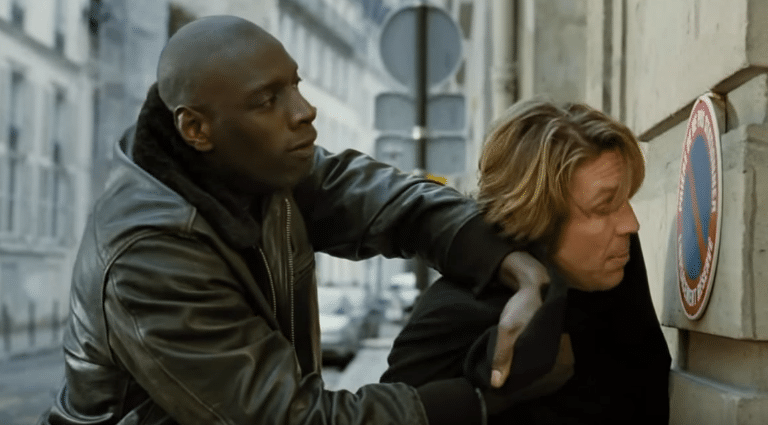 This scene comes from the 2011 cult classic film “Intouchables,” a movie that explores the friendship of Driss (Omar Sy)—an accidental caregiver—and Phillipe (François Cluzet), a quadriplegic. Driss is a young man from the projects, and his frank and “uncultured” demeanor is in constant conflict with Cluzet’s aristocrat nature. Much of the humor of the touching film stems from the two characters’ attempt to navigate this balance.

This clip from the film offers an interesting linguistic look at the difference in the way Sy speaks to Cluzet. His standard French and use of the formal vous (you) indicates his respect for him and contrasts with the way he addresses a rude neighbor who constantly parks in front of Cluzet’s entrance.

When speaking to the latter, Sy’s vous is replaced with the informal (and disrespectful, in this case) tu, and his speech is colored by French slang expressions, brought out by anger and frustration.

Emmanuel Macron is funny in spite of himself 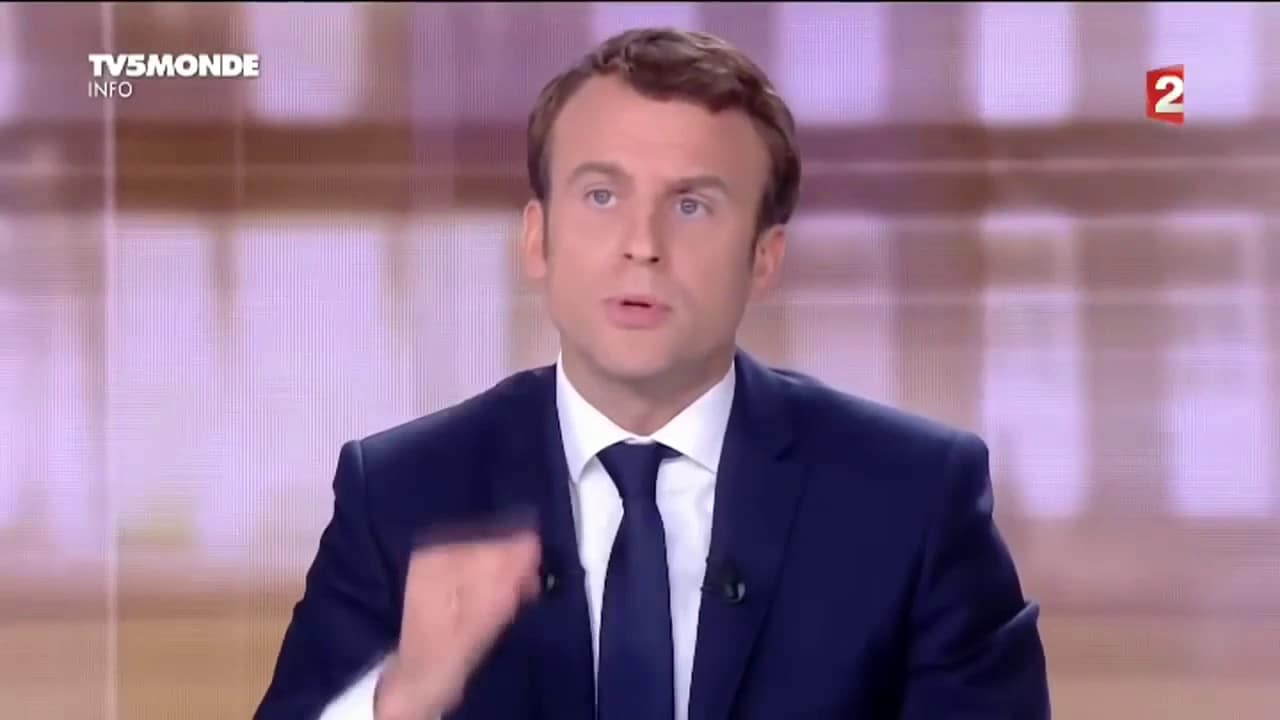 The humor of this video stems from Macron’s extremely outdated expression, something that may be tough to wrap your head around as a French learner. But even if you’re still a beginner, you’ll likely have a bit of fun with the now-viral remix of the moment (which also features former President Nicolas Sarkozy saying frite [French fry]).

The best thing about any funny French videos you choose to watch? You’ll get to laugh and learn all at once!