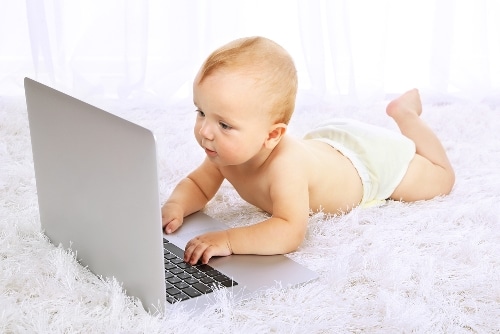 Stop Browsing for French Videos for Beginners: These 7 Resources to Learn French with Videos Have Everything You Need

Looking for French videos for beginners?

No need to search far and wide.

We’ve done the browsing for you.

We’ve found a unique variety of sites and YouTube channels to learn French with videos—even if you’re still at the very early stages of your journey to French fluency.

These French videos for beginners cover everything from basic vocabulary and grammar rules to real-world French conversation skills.

Wait, So I Can Just Start Learning French with Videos?

You heard me right! Get on your comfy clothes, pull out your headphones and prepare to watch your way to fluency with these French videos for beginners.

I would even say that starting with videos as a beginner French learner is crucial. And yes, I am suggesting that some of those videos should be entirely in French. It’s a method that has worked for so many language learners before you—but why?

First of all, when you watch a French video you hear native pronunciations, as well as the native intonation and natural rhythm with which the language is spoken. The earlier you start listening to a native French accent, the faster you’ll perfect your own.

But the learning doesn’t stop there. Not only are online videos good for practicing your pronunciation, but they also help your listening comprehension skills and can be used to build grammar and vocabulary knowledge.

For example, many French videos for beginners offer transcriptions, subtitles and even translations so learners can follow along.

This is perfect for beginners, because not only will you understand what’s being said in the video, but you’ll also learn new vocabulary and see grammatical structures in action.

Additionally, the best thing about some beginner videos is that you can be exposed to native, natural spoken French without having to be completely fluent in the language yet. The language in French videos for beginners is often spoken relatively slowly and clearly, and they use vocabulary that’s simple but useful.

Check out the seven best places on the web to find French videos for beginners. This list starts with videos for beginners who just know the absolute basics. As you go further down the list, the videos get gradually more difficult. I suggest starting at the beginning and advancing through the list as you get more comfortable with the language.

These videos are for people who have just recently started learning French. Just know the basics in terms of vocabulary and conversational conventions? Not really comfortable with all that grammar just yet? Not a problem!

Simply click on a video with a thumbnail or a title that interests you, and you can begin watching a simple, slow French video about that topic.

Not sure what to watch? Video topics include introducing oneself, eating, exercising and mock news reports. I suggest starting with people introducing themselves since that’s perhaps the most important skill for beginners. Try clicking a video under the Se présenter (Introducing/presenting yourself) heading.

And boy, are you lucky to have “Learn French # 30 Dialogues!” This video is available on YouTube from the channel Learn French with Vincent. While the channel includes many French videos for beginners, this particular clip includes over two hours of easy French dialogues spoken slowly and clearly on all sorts of conversation topics.

Better yet, each dialogue also has accompanying French transcriptions and English translations so that you can understand the dialogue no matter where the speakers take it. 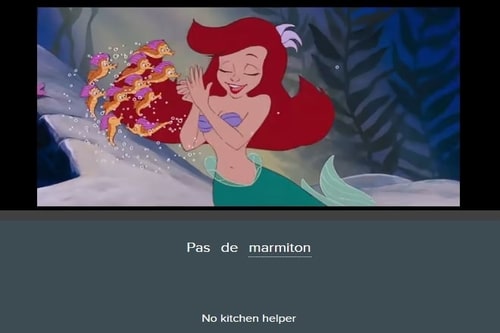 FluentU is an awesome online course and app that takes the best French videos from all over the web to teach you French grammar, vocabulary and general fluency! Videos range from movie trailers to music videos to commercials and even skits and TV shows.

FluentU doesn’t cater specifically to beginners, but that’s only because it caters to all levels. You can use FluentU as a beginner and watch your understanding and fluency in French skyrocket into the intermediate and advanced levels!

Each video has built-in but optional transcriptions and translations to help with understanding as well as accompanying quizzes that include simple grammatical explanations and comprehension questions.

This all means you can actually learn French with videos that were intended for natives from the very start of your learning process, but with all the support you need.

Plus, FluentU is available as an app at the iTunes store and at the Google Play store, so you can learn French with videos on the go! 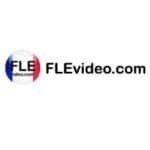 While this resource can still definitely be used by beginners, I would suggest having a little bit of a base in the language so that these videos are a perfect cross between challenging and familiar.

First of all, FLEvideo offers many French-language videos for all levels of French. For their débutants (beginner) videos, there are hundreds of easy French videos to watch ranging from conversations to short stories and everything in between. The videos are spoken in clear, slow French, even if they throw in a challenging new vocabulary word every now and then.

Some videos even come with comprehension quizzes to test your understanding of what happened in the video. Further, once you’ve completed the beginner videos, you can check out their videos for other difficulty levels. That means you can start as a beginner and continue to use FLEvideo through all your progress in French!

For those looking for a little je ne sais quoi in their French videos for beginners, “Partir” from TV5MONDE’s Parlons français (Let’s Speak French) resource is the perfect video series for you.

In French, the word partir means “to leave,” and this beginner web-documentary follows Nadine, a French-Canadian woman who moves to Paris. It follows her adventures in this new place, her challenges and even the new relationships she forms.

While you’re enjoying the actual storyline of these French videos, don’t forget to check out the accompanying transcription files to follow along. Simply download and open up, and you’ll be able to understand everything that’s being said.

Best of all, the videos in this series are fairly short, and once you’re done, there are other interesting video-documentary series to follow on TV5MONDE.

Taking things up one more level now, this resource is for learners who are at the top end of French for beginners, perhaps at the stage that we might call “pre-intermediate,” or A2 on the CEFR scale of language proficiencies.

The first, his “Podcasts pour débutants” (“Podcasts for beginners”), includes short stories and dialogues with accompanying French and English subtitles. Pierre recites them slowly and clearly, and he really knows how to present French in a way that’s digestible for French learners.

You can also view grammar and vocabulary lessons aimed at beginners from Français avec Pierre on his website.

Another resource for pre-intermediate French learners is called Easy Languages. Easy Languages is essentially a YouTube channel of video series available for many languages, French being one of them, and the videos offer real-life conversations between a host and random people who they encounter on the streets.

There are two series in French from Easy Languages. The first is called “Super Easy French,” and the second is called “Easy French.”

As you can guess, the two series are distinguished by the learner’s fluency in beginner French. I suggest starting with “Super Easy French” and trying “Easy French” after you finish.

The best part about these two series is that their videos are real filmed conversations of people “in the wild,” so to speak. Topics include travel and festivals and also French culture, and these videos are perfect for spontaneous, spoken French.

Additionally, there are subtitles and English translations, and the comments section of each video is a lively conversation with French learners. So if you’re feeling confident, jump in yourself!

I told you to “watch and learn,” but I bet you didn’t realize how literally I meant it, did you?

Well, what are you waiting for? It’s time to learn French with videos—you have the tools you need. Start enjoying these French videos for beginners ASAP!