Music made me want to keep learning French, and I have my high school French teacher to thank for it.

I loved walking into class each day to discover another catchy tune, another French cultural icon, another captivating music video—and honestly, those videos are part of the reason why I continued studying and using the language.

Watching music videos is an effective way to learn and retain the French language, and also gain rich insight into French culture.

Here are nine French music videos that will not only strengthen your French listening skills but also cultivate your passion for the beautiful language that is French.

Why Learn with French Music Videos?

We can use that phenomenon to our advantage in our French studies. The repetitive refrain of a song can help solidify a new grammatical concept or bring to mind unfamiliar vocabulary.

Been searching for a way to deepen your French cultural understanding? The song “Les Champs Elysées” (The Champs Elysées) below by Joe Dassin has you strolling down one of the most famous streets in Paris. French music videos are also a prime way to introduce yourself to traditional French icons such as Édith Piaf and modern French stars like Amir.

But French culture isn’t just about France. French is spoken on five continents and is the official language of 29 countries. This rich diversity is evident through music from French-speaking artists. This list alone includes musicians from France, Senegal, the United States, Belgium and Israel.

Furthermore, the only thing all these music videos have in common is that the lyrics are sung in French. They vary in style, topic, era, etc. You can enjoy a traditional chanson (song) or dance to a contemporary electronic piece.

And this list is only a sampling of the myriad of French music videos out there. With so much variety, you’re certain to find something that gets you even more excited about French! 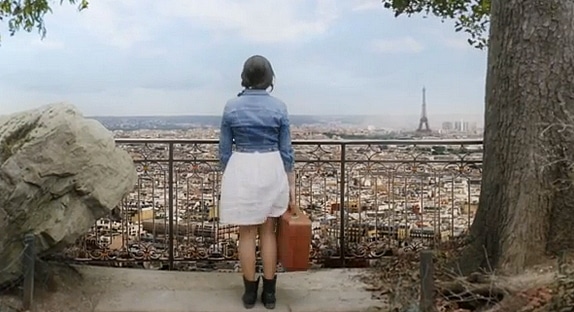 Indila is a modern French pop artist. “La Dernière Danse” is her most popular song and has reached over 300 million views on YouTube. The video takes place in Paris and features landmarks such as la Tour Eiffel (the Eiffel Tower) and l’Arc de Triomphe (the Arch of Triumph).

The music, with its dynamic sound and transition between soft and more dramatic melodies, provides this song’s strong appeal.

The lyrics, as with many pop songs, recount a painful breakup. The speaker grapples with the pain of her loss, wondering how she’ll get on without him.

Notice how deeply this song is connected to the setting, Paris. Not only is this evident during the video, but the lyrics further allude to the city. Indila sings, dans tout Paris je m’abandonne (in all of Paris I abandon myself). She also talks about strolling seule dans le métro (alone in the metro).

“À Cause Des Garçons” (Because of Boys) by Yelle 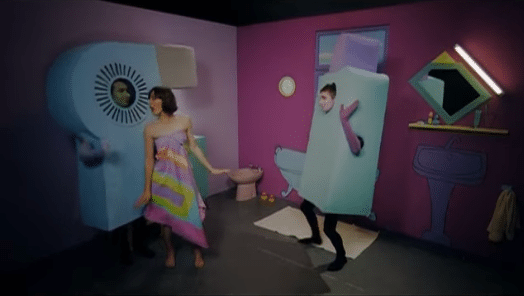 Yelle is a French band formed in 2005, with a bold, anything-goes poppy style.

Take this song, for instance. The video features standard household items such as a telephone and hair dryer that turn into real people. It might seem a bit corny at first, but the song has a catchy electronic melody and the video is amusing.

The song complains about boys’ and media’s expectations of women. Yelle refers to several magazines by name, including Vogue and Cosmopolitan.

In short, “À Cause des Garçons” is a catchy but memorable video about girls not worrying about society’s expectations. 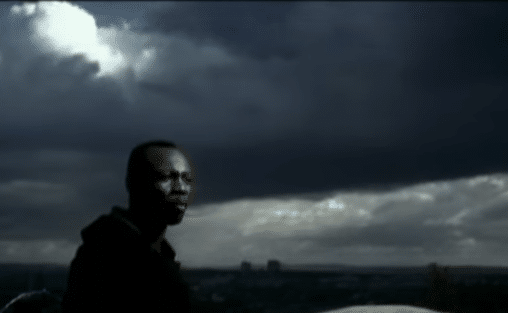 MC Solaar is a French rapper from Senegal who popularized hip-hop in France. He is well-known for his complex, deep and thoughtful lyrics.

In this song, he addresses the violence and hate so prevalent in the world, while maintaining that mais je sais que la vie est belle (but I know that life is beautiful).

The video features a pilot flying a plane labeled “art force.” As he flies over what appears to be a war zone, people spot him and flee, thinking he’s trying to bomb them. Instead, he fires a missile that fills an abandoned building with bubbles, stars, color—in short, art.

The word play and sophisticated lyrics (along with the fact that in rap music words are generally spat out more quickly than normal speech) make this song more accessible to intermediate learners. Nevertheless, this music video’s positive message and poignant melody definitely make it one to shoot for. 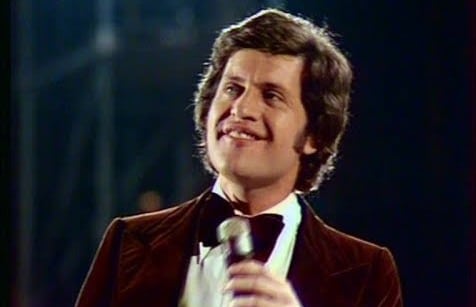 Joe Dassin is an American-born singer who became well-known throughout the francophone world. His folk-pop style was especially popular in the 60’s and 70’s.

“Les Champs-Elysées,“ a feel-good song about the street leading to l’Arc de Triomphe (the Arch of Triumph), is one of his most famous songs. This video shows him performing the song live in 1969. You can enjoy his dynamic stage presence, which definitely adds to the song’s glad, lighthearted tone, and his oh-so-60’s velvet suit.

What makes this song so special (and so French!) is how it captures the essence of the Champs-Elysées. In the chorus, Dassin sings, au soleil, sous la pluie, à midi ou à minuit, il y a tout ce que vous voulez aux Champs-Elysées (in the sun, in the rain, at noon or at midnight, there is everything you want at the Champs-Elysées).

It’s an apt description, considering this most famous avenue features a mélange (mixture) of monuments, history, as well as a long line of cafés, shops and restaurants. 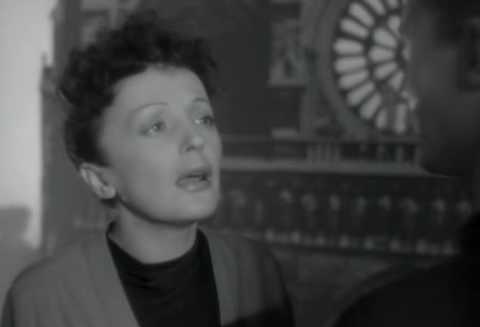 She was abandoned by her mother and raised by her grandmother in a brothel. Later, she had a daughter who died a mere two months after birth. Nevertheless, Édith Piaf charmed France and the world with her strong, passionate voice.

“Hymne À l’Amour” is undoubtedly one of her most touching chansons (French songs). The song highlights the power of love above all else, driving Piaf to go so far as to tell her lover, “Je renierais ma patrie, je renierais mes amis si tu me le demandais” (I would disown my homeland, I would disown my friends if you asked me to).

This music video is taken from the 1951 French film “Paris Chante Toujours” (Paris Still Sings), in which the protagonist must collect signatures from several of the most famous French singers of the period.

What’s great about this video is that you get to actually see Édith Piaf perform this most poignant of songs. You also get a feel for classic French film. Video was a French invention, after all.

“J’ai Cherché” (I Looked For) by Amir 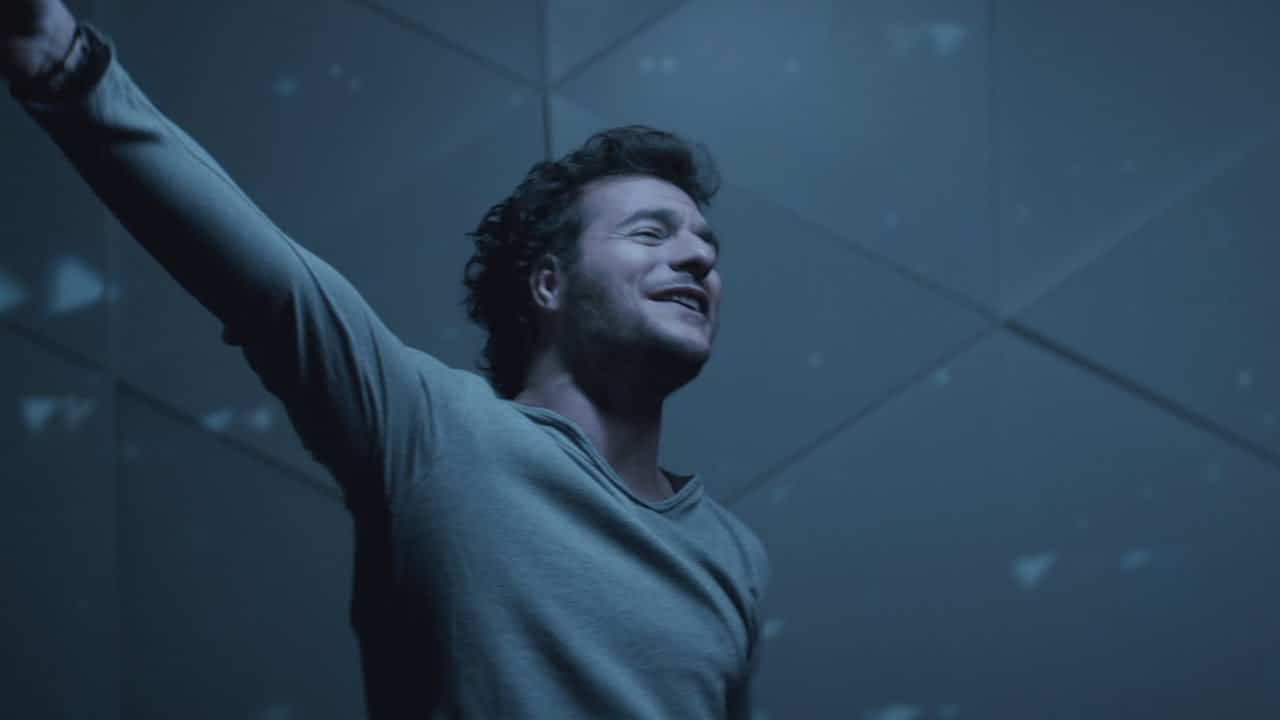 Amir is an interesting guy; he’s a dentist and proudly pursues both his medical and musical career. Furthermore, although he was born in France, his family moved to Israel when he was eight years old, and he lives there today. Nevertheless, his music continues to be widely popular in France, as well as the rest of Europe.

In fact, his song J’ai Cherché represented France in Eurovision (an annual European song competition) 2016. The music video tells the story of a girl who wants to learn how to fight and a boy who is drawn to ballet dancing.

Part of this song is in English, making it a good place for beginning French learners to start. In the chorus, Amir proclaims, in reference to the mentors who support the teenagers in the video, “you’re the one that’s making me strong, I’ll be looking, looking for you.”

With an irresistible tune and an important message about having someone who believes in you, “J’ai Cherché” is an exceptional music video. You’ll also get introduced to Eurovision (hint-hint cultural insight!) and the competition that comes with it.

“Tous Les Mêmes” (All the Same) by Stromae 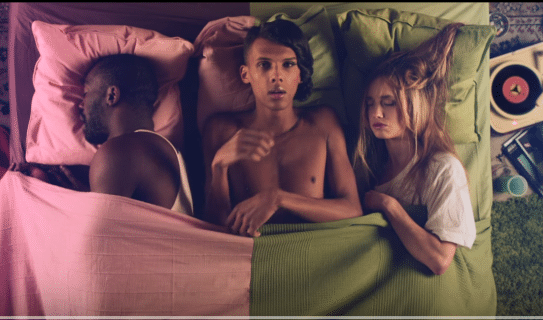 Stromae was born to a Rwandan father and a Belgian mother. Raised in Belgium by his mother, he studied music and began as a rap artist. However, as this song shows, his style has developed and is a creative mix of hip-hop, pop and dance music.

The song asserts that men are all tous les mêmes—and not in a good way. Among the negative qualities highlighted in the lyrics are infidelity, superficiality and laziness.

The music video for this one is truly masterful. Every detail is clearly thought-out and perfectly complements the lyrics. Stromae seamlessly plays both male and female roles (going so far as to wear a bun on one side of his head!)

In essence, whenever the scene’s lighting is tinged green, Stromae represents the male perspective, and when the lighting is a rosy pink tinge, he embodies the female point of view.

The skillful cinematography weaves these two vignettes smoothly together. Combine that with Stromae’s own powerful stage presence, trademark sound and creative cinematography, and you get a unique treat that will make you love French even more! 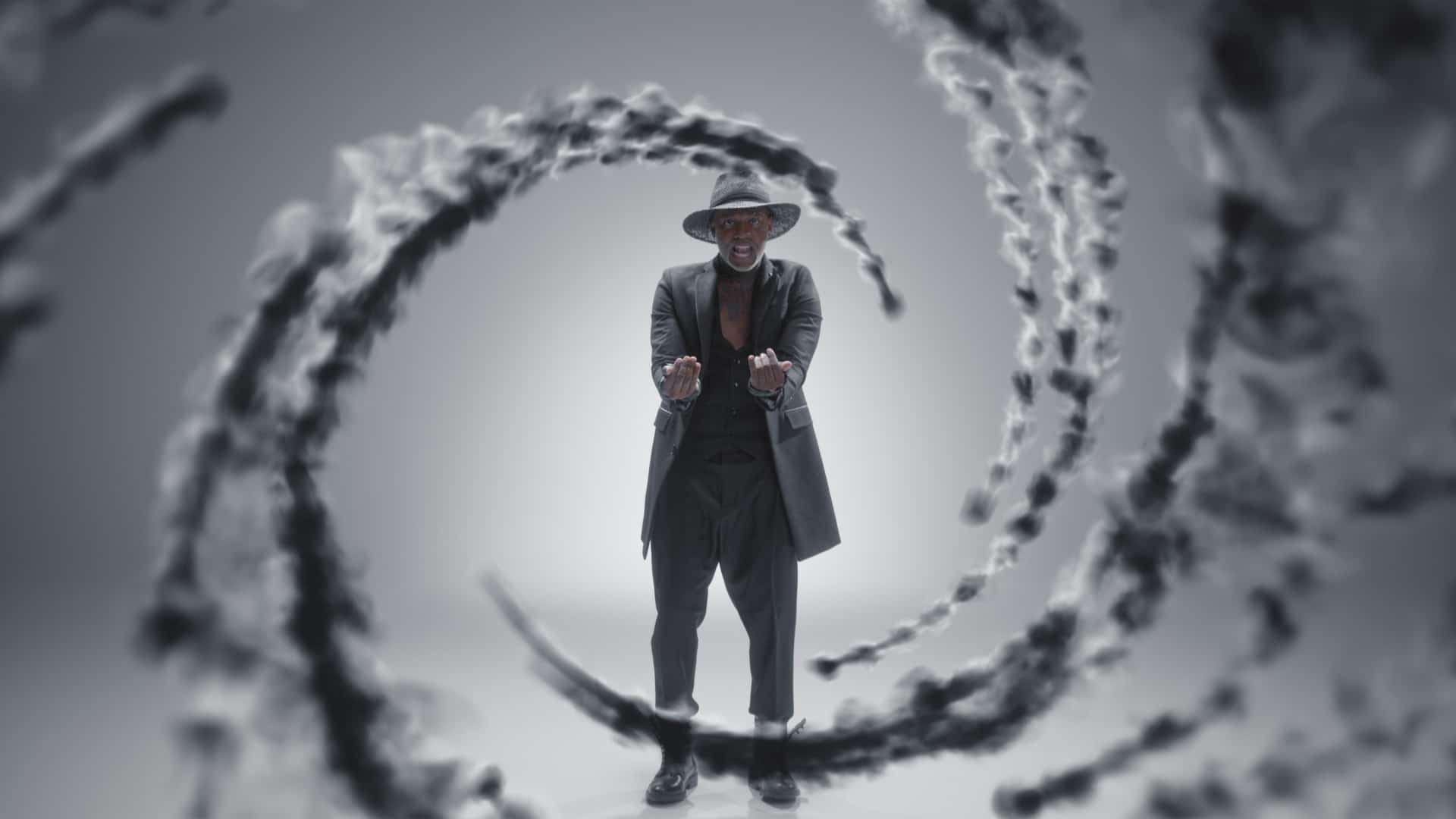 Willy William is a French DJ known for his electronic style and dance music. This song was widely played in French disco clubs after its release. As soon as you play the music video, you’ll see why. The tune is captivating and perfect for dancing.

And the video itself is downright eye-catching. It features smoke and mirrors (literally), ballet and fire-breathing. A look at the lyrics reveals this song’s thought-provoking message: a mirror can either build up or break down one’s ego.

At first, the protagonist is eager to look in the mirror, expecting to see a flattering appearance. However, he’s disappointed by what he sees and goes so far as to express anger at the mirror, saying, “cette transformation malhonnête, ce n’est pas ce que je demandais” (this dishonest transformation, it is not what I asked for). 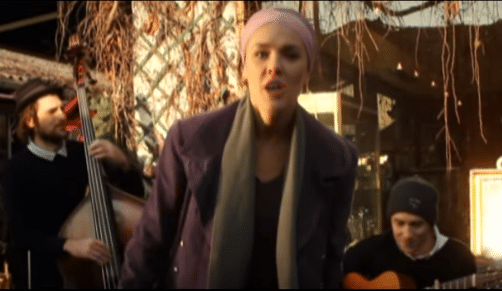 Zaz is a French singer who became famous after releasing her first album in 2010. Her unique style—a blend of jazz, acoustics, and pop—has made her music known throughout Europe. She has spent much of her life as a singer and her voice has even been compared to that of Édith Piaf.

Je Veux is her hit song: the first song from her first album and the one she’s most known for. And it’s not hard to see why. This music video has a bright, almost bubbly, atmosphere.

The premise may be simple; Zaz is shown singing the song, first in bed, then in the street and ultimately in a bar, but her song vocals and joyous tone invite you in. And trust me, you’re going to want to stay.

More specifically, Zaz takes the point of view of a woman whom a man tries to impress by showering her with lavish and expensive gifts. Instead of complacently accepting them, however, she shifts his attention to what is really important to her, urging him to oubliez tous vos clichés (forget all your clichés).

We know you want more after reading this list.

So be sure to check out Bonjour de France’s karaoke tool, where you fill in the blank words from a line of lyrics taken from a song. They have several music videos to choose from, including some from this list. You can also choose your level of difficulty (the higher the level, the more often you will be stopped to enter a missing word).

To watch music videos with accurate subtitling, the online language program FluentU equips its French media clips with both French and English interactive subtitles, making it easy to follow the lyrics while learning new words at the same time.