Does being “advanced” mean you’ve come to the end of the French road?

You might have your intermediate lessons mastered and solidly know essential grammar, but language is about so much more than language.

Sounds odd, but it’s so true—to become a truly fluent speaker, you need a good dose of history and culture.

Here, you’re finally going to get some great exposure to advanced French through history lessons. By reading about the extraordinary past of a country, you’re creating a rich background for new language lessons in your mind. Then you can take that historical background and tack on snapshots of modern language and culture.

Imagine how much richer your knowledge of the language will become!

Think of all the cool, nuanced discussions you can have with native speakers about their home countries!

In short, you’re enticing your brain to latch onto more French than ever before by placing language in a historical context. This is vital to help give you a leg up to complete fluency. By understanding more about France, the birthplace of the language, and its culture, you can connect more deeply native speakers of any French-speaking nations.

History is also an awesome vessel for helping you to improve your vocabulary and comprehension. Historical texts, especially those with contemporary sources (from the time period the text is talking about) can be challenging in your native language, so think how much they could really help your French.

A lot of the specialized vocabulary used in history books is used in current affairs and other modern contexts, so this will also help your comprehension of the news.

So, time to hit the books!

How to Use History Lessons to Learn Advanced French

Being an advanced learner, it’s important that you organize your learning effectively. It’s very easy to get stuck in a rut or to find that the complexity of the level of French you’re dealing with is too overwhelming.

To help you organize your study of French through French history, try to keep a notebook. Jot down things that you want to read, things that interest you and things that don’t. Keep an overview of what you’re reading to help you remember where you left off, and to remember which kinds of texts to choose or to avoid. Always move towards the topics that most piqued your interests!

A great idea to help you is to create a timeline of the period you’re reading about and to keep adding to it as you find out significant details, with different colors to represent different kinds of events (e.g. military, arts, social and political.) By doing this, you’ll aid your comprehension and motivation for study.

To make sure you reap the full language benefits, take all of your notes in French so that you’re practicing using the new vocabulary you’ve learned and also building visual associations with those words (the best way to make sure you retain information!)

Once you’ve emerged from the book or research that you’re doing, try working with a deck of flashcards so that you can actively work on the vocabulary that you’ve learned. If you prefer digital flashcards or would like to see those newly acquired terms operate in different contexts, FluentU can help.

When you search for those terms in the library, you’ll find all the videos that feature the searched vocabulary, so that you can see how the word or phrase functions in different circumstances. From there, you can watch the videos and select words from the subtitles to add to the in-app flashcard set. To see what other features FluentU has, feel free to check out the free trial.

After gaining a better understanding of those terms, you could then work that vocabulary into essays and notes on how history has affected modern France.

You could also use that notebook to write responses to anything historical you end up reading or viewing. Discuss current affairs and the role that you think history has had on any event that you see on the news—and do so in French.

This wasn’t actually one single war but instead a series of battles and conquests between the House of the Plantagenet (England) and House of Valois (France). These were fought from 1337 to 1453 and were highly significant for the huge changes that occurred to both France and England at the time.

Nationalism was established. France moved away from being a feudal state and England developed an island complex where it felt more isolated from Europe. France’s nationalism was built upon the fact that the common people became more important in battle and so gained more power in everyday life.

Jeanne d’Arc (Joan of Arc) was very important in building patriotism. This nationalism and patriotism can still be seen today and was a huge step in the development of France. 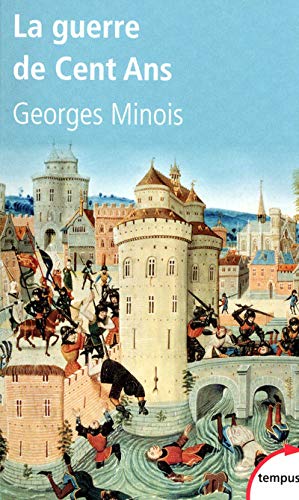 If this part of history intrigues and fascinates you, try a novel written about a similar period, such as “Deux soeurs pour un roi.” This one will definitely help to improve your French and will also be gripping.

If comic books are more your thing, try this book from the series “L’histoire de France pour les nuls.”

2. Colonization of the Americas

Ever noticed that there are a lot of French-sounding places in North and South America?

The French were among the original explorers of the Americas (and the most friendly to the Native Americans.) They were drawn by the exports available in America and soon started to settle there.

An explorer named Jacques Cartier founded Quebec City in 1534 and over the next 200 years Montreal, New Orleans and St. Louis were all occupied at one time or another, but with very limited success as the invading forces were driven out. Louisiana was a relative success, though it was never developed very much in the early years and was eventually taken by England.

The greatest success of France in America was the place names they left behind (including Vermont and Illinois) as well as the people who settled there from France. Interestingly, many men fathered children and settled with Native American women, and these people were considered natural French people—a far cry from the treatment of the Native Americans (and those who interacted with them) by Spanish and English settlers. 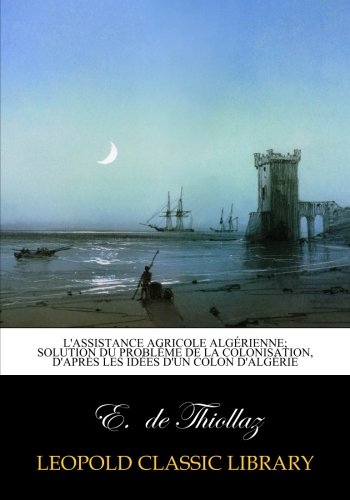 If you found this interesting, there are many other stories about the French acquisition (and loss) of land, including the tales behind many of the Caribbean islands and parts of Africa. An awesome idea to improve your French would be to take a trip to a Francophone area outside of France to learn about their French past there.

Start by reading about problems in the Algerian colony or by reading this book with rich illustrations on the colony of Haiti.

Infamous, right? But unless you’re a very well read historian, I bet there’s something that you don’t know about this revolution.

Did you know that it’s considered one of the most important events in human history?

It was significant in completely altering not only France but the majority of Europe and even other parts of the world at large. It was the first time that citizens had been involved in total war, which led to many successes and set the groundwork for Napoleon Bonaparte’s conquests. 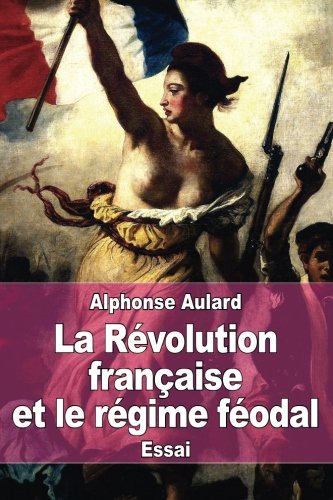 Slavery abroad was abolished with France heading towards becoming a secular state (Church subordinate to the government of the land). Feminism was born, as women marched on Versailles and there were clubs and literature all about trying to bring about the change of having women move from a passive to an active role in the community. The values of socialism were developed as the rights of the clergy and nobility were challenged. Radicalism and liberalism were important in the course of the Revolution.

If you’re interested in reading more on the French Revolution, you could try tackling an overview or the events en BD (comic book.)

This was a hugely important and monumental time in Europe.

The very idea of what war was began to change. It changed from being only the pursuit of kings and small armies of gentry into something that involved nearly every citizen in some way. It blew up into the world’s first idea of conscription and total war, where many of the citizens fought the battles.

It was a time for the growth of nationalism, not just in France but in Germany and Italy as well. Indeed, these countries may not have become what they are today without the Napoleonic Wars, as these wars broke up the Holy Roman Empire into modern day Italy and Germany.

It established Britain as a world power and severed links between France and Britain. These events were important to France’s nationalism; people became more vested in their country as they and their families were fighting for it. It also lay down the groundwork for World War I, which played a huge role in shaping France today.

One of the most peaceful and prosperous times in history.

Most of the things that we know France for now wouldn’t be there if not for this period in France’s history. Haute couture was invented at this time, which Paris is famous for the world over.

There were also great strides in gourmet food as a wealthier Parisian class emerged. Much of Europe fought for the colonization of Africa, France included, and this was to cause them many issues much later on. Along with these social changes, there were many momentous scientific advancements including Louis Pasteur’s vaccinations and pasteurization process. 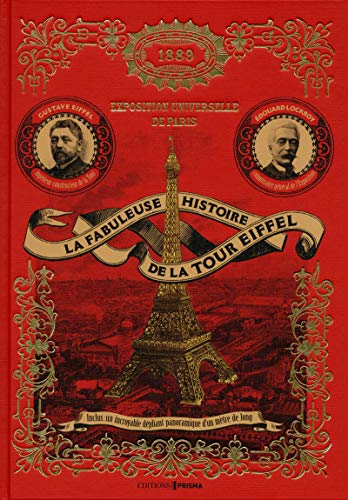 Among the most influential and lasting events of this period was the flourishing of the arts. The Belle Époque bred such greats as Matisse, Renoir, Debussy, Rousseau and Picasso, a mouth-watering splash of French culture still prominent today. As for the nightlife in Paris, this was the time of the Cabaret and Burlesque, true gems in French culture! Last but definitely not least, this was the dawn of the Eiffel Tower.

There are so many books on the various aspects of French culture and history of the Belle Époque, so as not to bore you, I’ll recommend one book on the history of the Eiffel Tower. Also, if you’re interested in the history of fashion in France, there’s a great blog post on that.