How would you describe the English language?

How about practical (useful)? Diverse? Universal?

Has the word beautiful popped into your head yet?

English gets a lot of grief for being a complicated and sometimes ugly language.

Between its terrible spelling rules (or lack thereof) and just weird sounding words—like moist (slightly wet) and phlegm (mucus)—it can even be hard for native speakers to see the beauty of English’s large amount of vocabulary.

Despite this, English has some really beautiful words!

Some of English’s beauty comes from its relationship to other languages. English has considerable borrowings from more traditionally “beautiful” languages such as French, Italian and Spanish.

Moreover, other beautiful words come from Old and Middle English while some super cool words are still being coined (created) by creative speakers of the English language.

In fact, some of the most beautiful English words evoke (bring out) a feeling of calm, happiness and serenity (peace).

Below, I’ll show you 15 of the most beautiful English words that you can add to your vocabulary!

15 Beautiful English Words to Dress Up Your Vocabulary

Do you have a scented candle lit and a hot cup of tea closeby?

Because it’s time to check out the top 15 most beautiful and serene words in the English language! 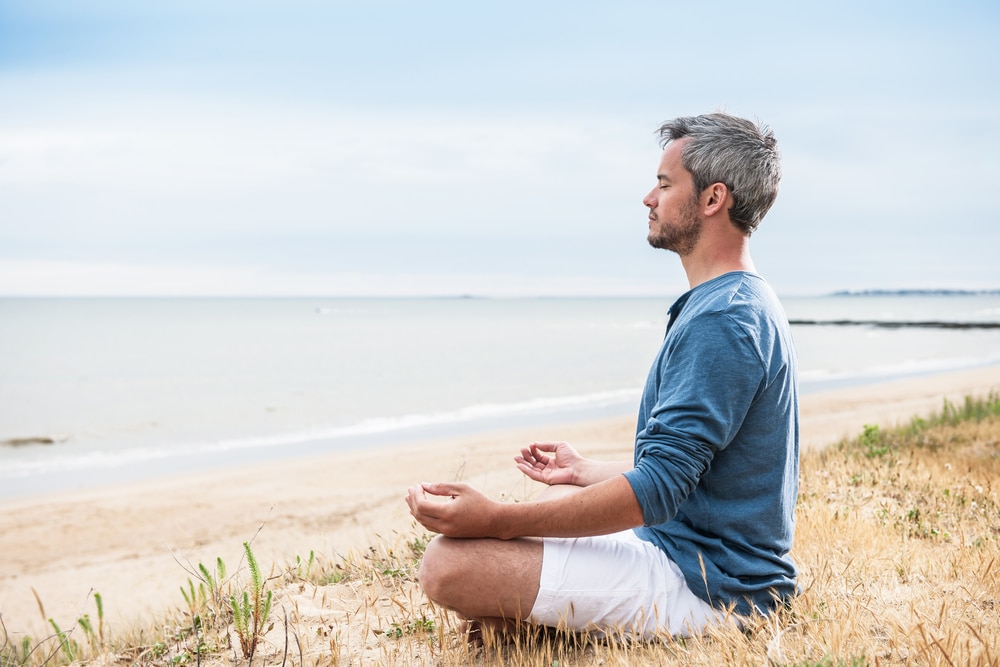 Our first beautiful word is a classic: “serene.”

In fact, “serene” is an adjective that can be used to describe a noun, typically an object or a location. The word comes from the Latin serenus, referring to clear sky conditions or the absence of stormy, cloudy or unpleasant weather.

Today, this word is true to its roots. “Serene” describes something that is calm, peaceful and tranquil, but it doesn’t necessarily have to be related to weather.

The sunset at the beach was serene.

The ambiance in the library was serene. 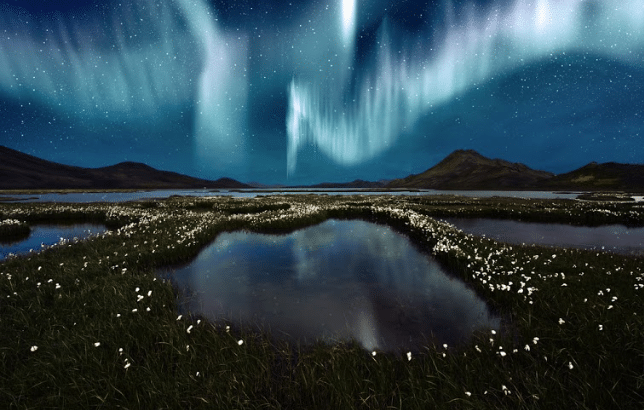 “Aurora” is a noun, and it is a concrete noun, meaning that it can technically be found in the physical world. In fact, it comes from Latin and referred to the Roman goddess of the dawn.

While still the name of the Roman goddess, “aurora” presently describes the dawn or the light near the north and south poles that appears green or red due to the earth’s magnetism.

Many people today travel to northern nations such as Canada, Iceland or Finland to see this gorgeous phenomenon (occurrence) called the Aurora Borealis.

He woke up at three in the morning to see the Aurora Borealis. 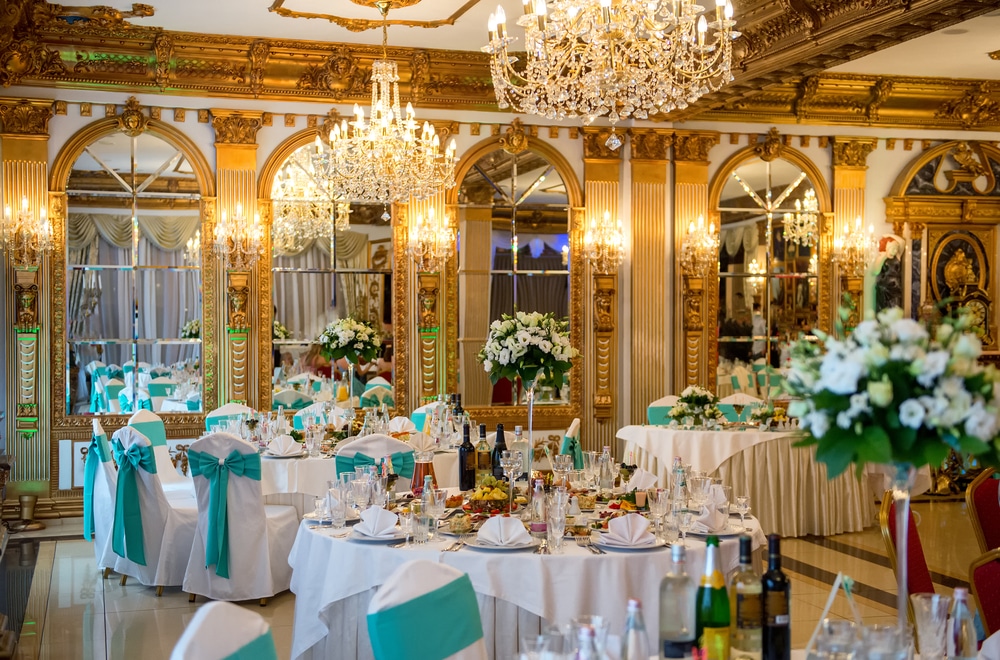 “Sumptuous” is an adjective, and it is perhaps the most sophisticated (fancy) word on our list so far.

For example, at your next dinner party, you might say:

The china in the dining room was sumptuous. 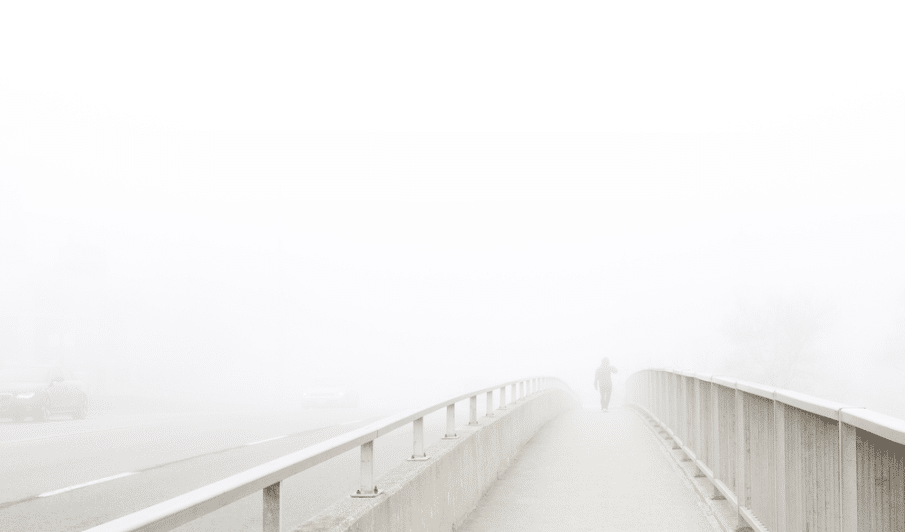 “Evanescence” is the noun version of the adjective evanescent, which comes from the French word évanescent, meaning something that disappears to the point of becoming invisible.

Today, it describes the rapid disappearing or vanishing of something.

Furthermore, Evanescence is also the name of a pretty good American rock band.

To use this word in a sentence, you might say:

The evanescence of her memory was quick and painful.

I saw Evanescence perform last night, and they were incredible! 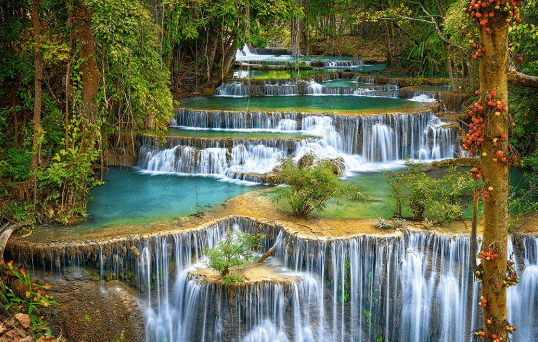 “Cascade” can be both a noun and a verb. It comes from the Italian and Latin-based word cascare, meaning “to fall.”

As such, its noun version refers to water falling over a cliff or a similar situation. The word can also be used as a verb to mean the action of falling.

As a noun, you could say:

The cascade of water glistened in the sunlight.

As a verb, you could say:

The water cascaded over the fjord (a long and narrow part of the sea). 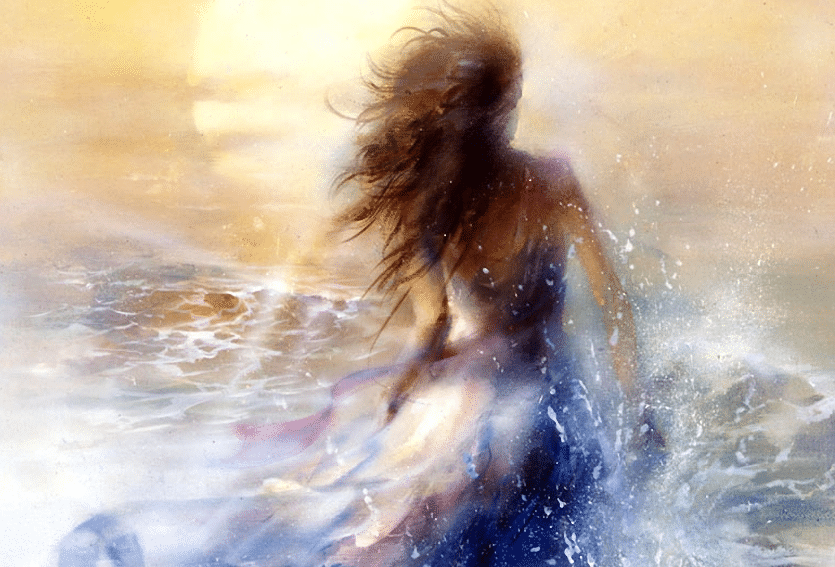 “Ethereal” is an adjective that comes from the French language.

It is derived from the word ether, which refers to the upper, clear area of the sky, or the space higher than low-lying clouds that can be seen on days when it’s almost completely sunny.

Due to this, the word “ethereal” means something so beautiful that it simply cannot be from this world.

Her beauty was ethereal as she sat in the moonlight. 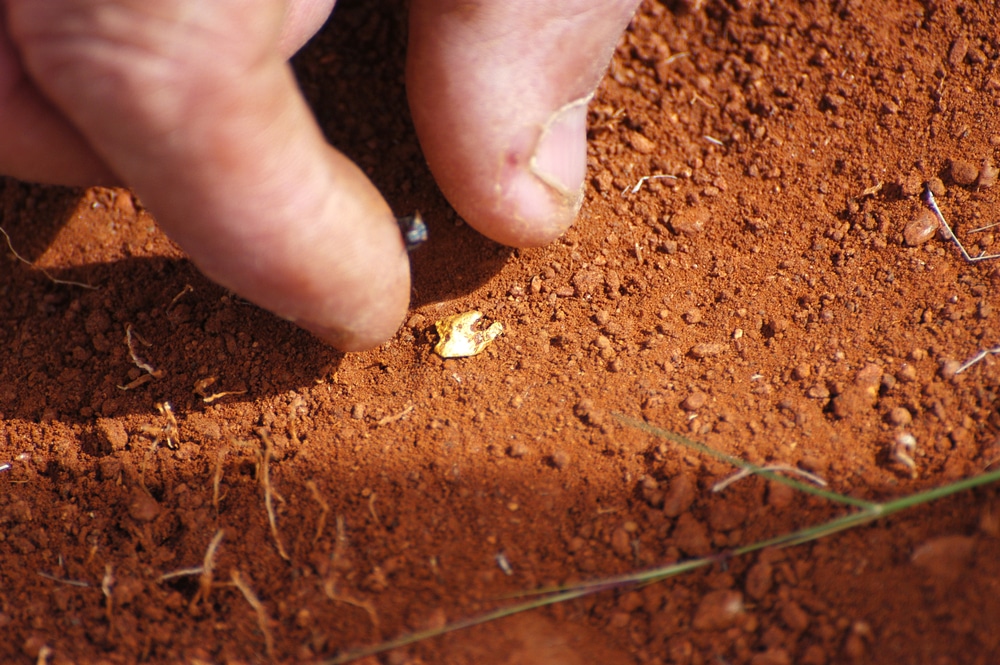 “Serendipity” is a noun that may not seem beautiful and calm at first, but it has a mystical (mysterious) quality to it that makes it perfect for this list.

It was coined by writer and historian Horace Walpole in the 1700s, and it was based on a Persian fairy tale about adventurers who stumbled on (found) amazing things by accident.

As such, the word “serendipity” refers to something positive that happens completely by chance.

It was pure serendipity when I missed my flight and met the love of my life. 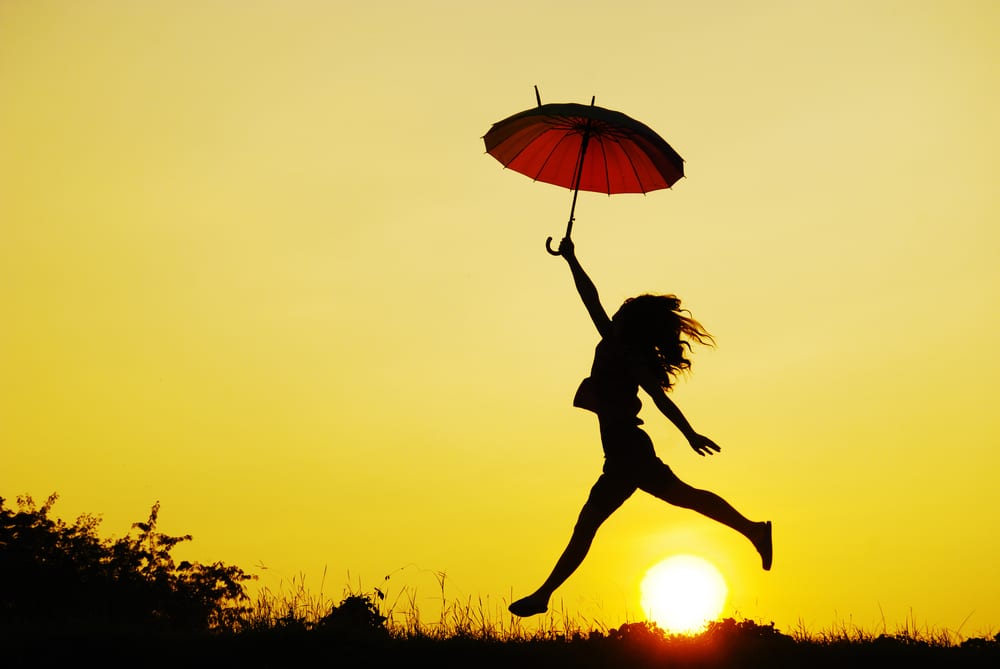 The word “silhouette” is also a noun, and it was used in reference to the 18th-century French minister of finance, Étienne de Silhouette, who spent a remarkably short time in office.

In light of (because of) its origins, today it refers to something physical: a dark outline or shadow of something.

I could see his silhouette moving through the library. 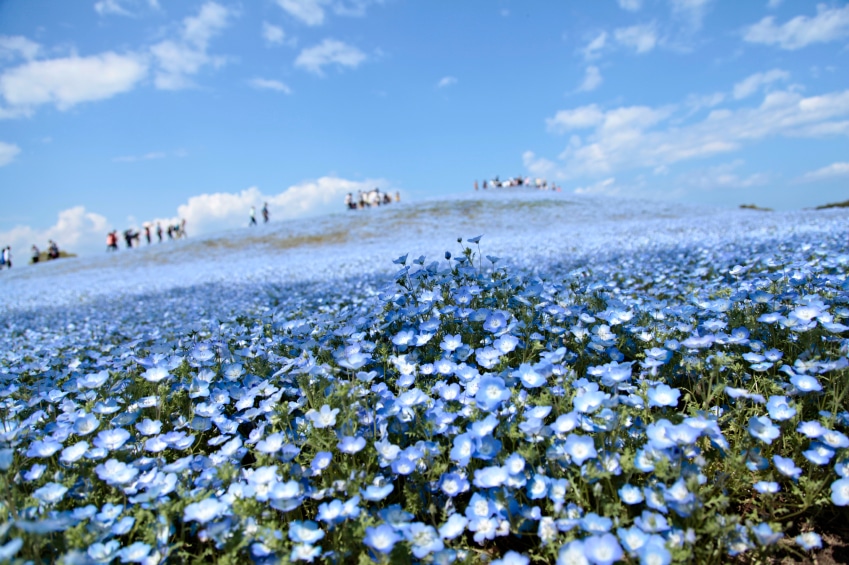 The word “plethora” is a noun, and it is perhaps the most fun word to say on this list.

Furthermore, “plethora” does not have the most graceful or serene beginnings. It originates from a Latin word which means “an excess of bodily fluid.”

Over the years, it has lost the connection to the human body, and it now means a large amount of something.

There were a plethora of palm trees by the beach. 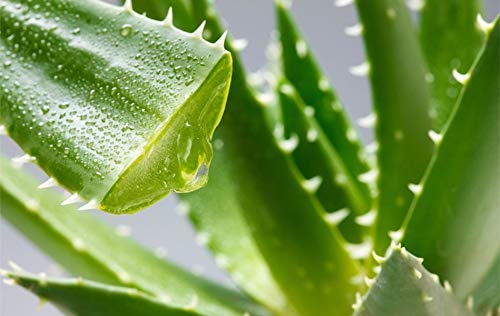 “Succulent” is an adjective that makes my mouth water just by saying it.

It comes from a French word meaning “juicy.” As such, it often describes food that is tender and juicy (in fact, cacti are called “succulents” because of how much water they hold).

The succulent steak made my mouth water. 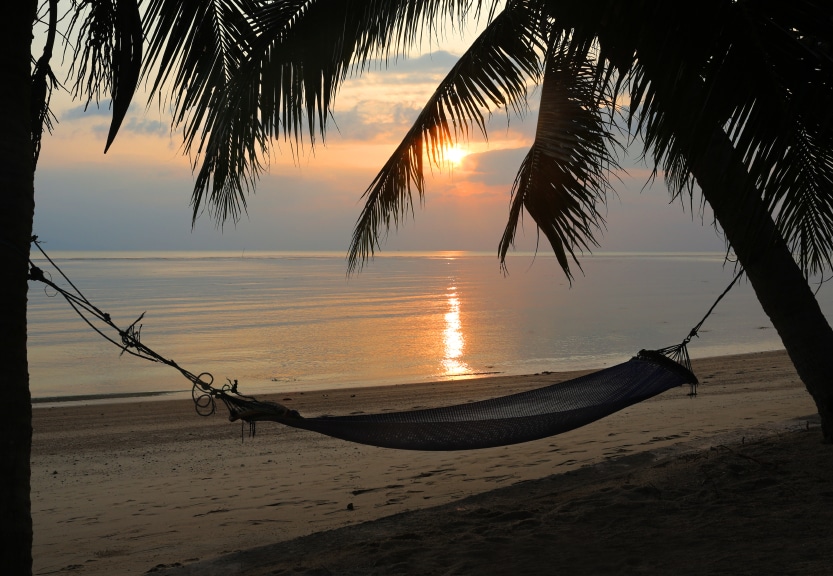 This simple word is a noun, and it is one of my personal favorites.

In fact, “dusk” is an original English word that first appeared in written form in the 1620s.

“Dusk” describes the time of day where the sun has not completely set in the evening and the world is plunged (thrown) into twilight (the time between daylight and darkness).

We walked along the river at dusk. 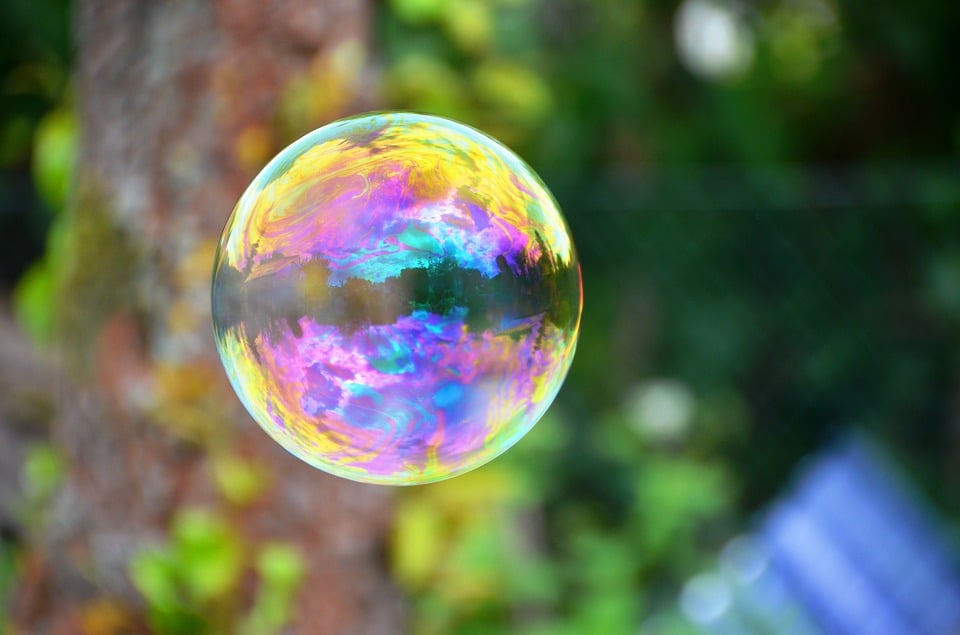 “Iridescent” is an adjective that originated from the Latin word iris, meaning “rainbow.”

Today, it describes something that has a rainbow-style coloring that seems to change depending on the angle it’s looked at.

The iridescent bubble glided (flew smoothly) across the path. 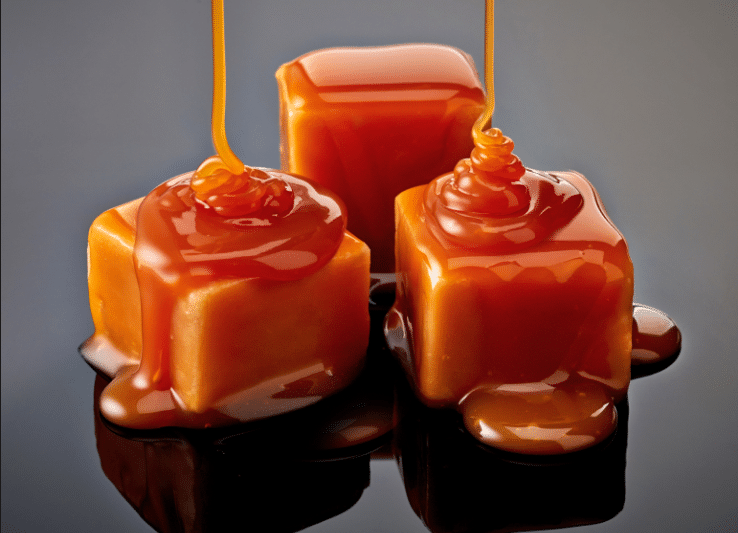 “Saccharine” is an adjective, and it originated from the Latin word referring to sugar.

Today, it means something very sweet in taste or something that is overly emotional.

For example, it can be used to describe food, such as:

The cake was saccharine.

Or, it can be used to describe something sappy (emotional), such as:

The saccharine song brought tears to my eyes. 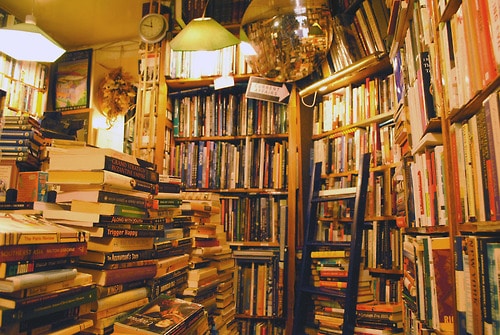 “Vellichor” is my favorite word on this list because of the feeling it evokes.

Furthermore, it is the newest word on our list, coined on the internet in 2013 on a site called The Dictionary of Obscure Sorrows.

The word refers to the feeling of calm and magic when you enter used book stores.

I walked the aisles of bookshelves, consumed in vellichor. 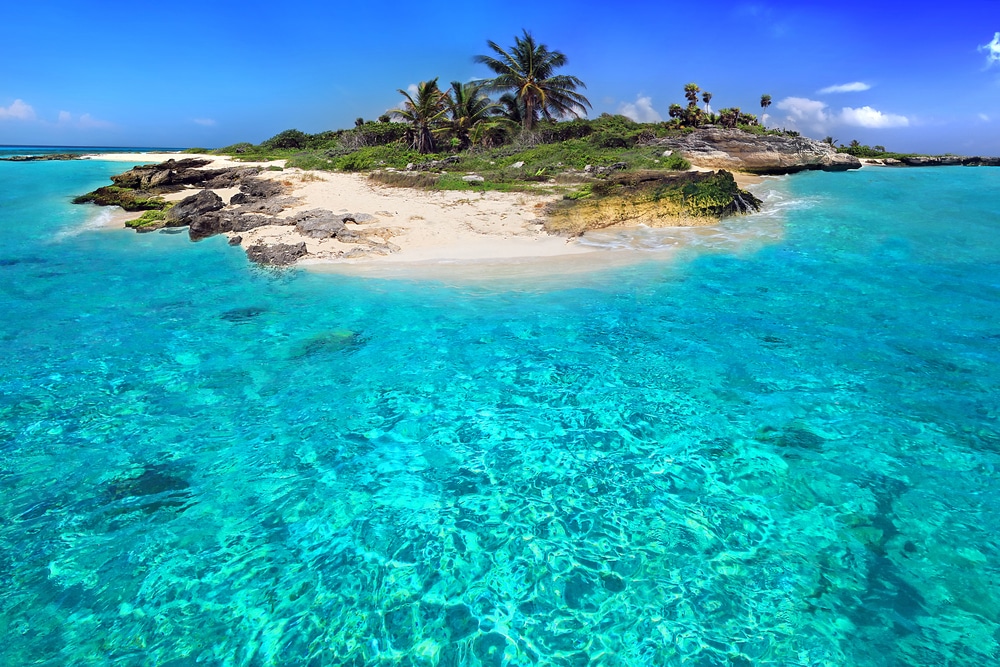 While the beauty of the adjective “quintessential” may be debatable, this word is so fun to say!

It originated from a Latin word describing something in its purest form. Today it means something that is the most perfect or accurate representation of that word.

The island was the quintessential tropical paradise.

Now that your candle has burned out and you’re in need of a tea refill, add these words to your regular English vocabulary and let serenity surround you!