Did you know that there are over 50,000 characters in Chinese? However, to be able to read a newspaper, you only need to recognize about 2,000-3,000 characters.

This might still sound like a lot, but memorizing Chinese characters doesn’t have to be all that difficult.

The key is to not freak out, breathe and be smart about the way you study.

Parts of a Chinese Character

You may already be aware that characters are made up of radicals and components.

Radicals are elements that denote a broad category. For example, any word related to plants or grass has a specific radical, located at the top of a character, composed of one horizontal stroke and two small vertical strokes.

Thus, knowing the radicals and the meaning behind them will at least give you an element of a character when trying to memorize it.

Let’s look at another example of a group of characters with the radical 口 (kǒu), meaning mouth.

When characters contain this radical (normally on the left side), you’ll know that the said characters are related to the mouth somehow, either in terms of an action like eating, or part of speech, like an exclamation.

Here are some characters with 口 (kǒu) for your reference:

Components are the other parts of characters, and there are two types: phonetic components and semantic components.  The complete list of components is extensive, and as a result, most people focus on studying just the radicals instead. Although if you’re curious and have the time, the list is worth checking out, as you’ll be able to see phonetic or semantic similarities within the character groups.

The Logic Behind Stroke Order

Writing out characters seems random at best when you don’t understand the reasoning behind stroke order.

Sure, you can mindlessly follow the order indicated in your writing books and apps, but wouldn’t it just be easier to remember the rules for strokes instead?

Top to bottom, left to right, inside then out—the rules are logical. Learning them will make it miles easier when tackling new characters.

Even after understanding the components, characters can still look like gibberish. To make the proverbial picture a little less fuzzy, one thing you can do is conduct a bit of research of Chinese character evolution.

The Chinese writing system is among the oldest in the world, and to see the language evolve from pictograms to the characters they are now is astounding. Plus, it offers insight of historical and cultural depictions of everyday objects, like the sun and rain.

Knowing the origins of characters will encourage you to start looking at characters as pictures. If you’re more of a creative thinker, having those images in your head will help jog your memory during writing practice or written exams.

Obviously, you won’t have time to research every single character you come across. However, if you look up common radicals and components, it’ll give you a well-rounded understanding of meanings. This will help you remember characters in the long run, as well as future characters that share the same character parts.

In addition to the YouTube videos of character evolution, many Chinese cultural websites share lists of common radicals with their original pictograms for comparison.

Sadly, there’s no way around it. You have to write with a pencil and paper to feel the flow of a written character, and the more you write, the more natural the process becomes. 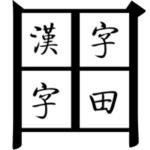 Most of the time, your Chinese teacher or tutor will create worksheets based on the lesson, but if you’re learning on your own, you’ll have to make the worksheets yourself. Hanzi Grids is a great online resource for that. Even if you have a tutor, you should still use it to customize your own writing practice. After all, you know better than anyone else which characters you have trouble memorizing. 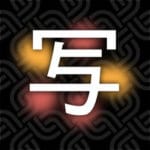 Those worksheets aren’t the only way to practice writing characters. To switch things up, consider downloading mobile apps such as Chinese Writer to incorporate games into your writing practice, which track your progress and prioritize your common mistakes in the next level or activity. Besides, it’s more productive than all those hours spent on social media or other games, like Candy Crush.

Writing isn’t the only way to lock those characters in. Reading goes hand in hand with writing, so if you want to remember words, you have to see them being used in everyday settings.

Obviously, recognizing a character is only a small part of memorizing it, but the more often you see it, the better equipped you’ll be for future writing assessments.

If you want to explore beyond classroom literature, make sure you look for parallel texts, which are books with hanzi, pinyin and English. Having the English translation is super handy, as it allows you to read the passage without having to reach for a dictionary or your phone’s translation app. 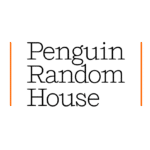 Just do a quick search of parallel texts, and you’ll see that you have a wide range of literature to choose from, such as collections of short stories and compilations of poems. Penguin Random House also has a parallel text series, with short stories by both emerging and well-known authors.

Although writing practice is absolutely necessary for character memorizing, it can get really dull and tedious.

How can you add a little fun to a rather tiring study method? By signing up for a calligraphy course!

By using a paint brush, you get to see the strokes in action, make more sense of the order and gain a new appreciation of character structure. Calligraphy classes are an awesome way to be creative with a repetitive study technique. You may even get to incorporate different colors in your paintings!

Chinese characters are so beautiful with all the paint strokes, and your finished products will look amazing as wall hangings in your apartment.

Who doesn’t love watching movies as part of their study session?

While Chinese movies and TV shows are more commonly utilized to improve your receptive skills of reading and listening, reading subtitles is also a passive way to memorize characters you have studied, are currently studying or will study in the future. It won’t have the same effect that writing practice has on character memorization, but at least you’re laying the foundation of what the character looks like.

Because you’ll be watching these TV series and movies with a purpose and not purely for entertainment, feel free to break the videos into sections. It’s pretty intimidating going through an entire movie in one go, especially if you’re not familiar with a lot of characters. I suggest starting off with a half-hour TV show, pausing at any moment to write down a character or term you don’t recognize and writing their definitions.

From YouTube to Youku, you have a myriad of options at your disposal.

If you’re looking for a more organized approach, a virtual immersion program might do the trick. One option is FluentU, which gathers authentic Mandarin Chinese video clips from many genres and adds interactive subtitles and adaptive flashcards to them.

FluentU’s accurate subtitles let you choose between traditional and simplified Chinese and have both English and pinyin, all of which can be toggled on or off. 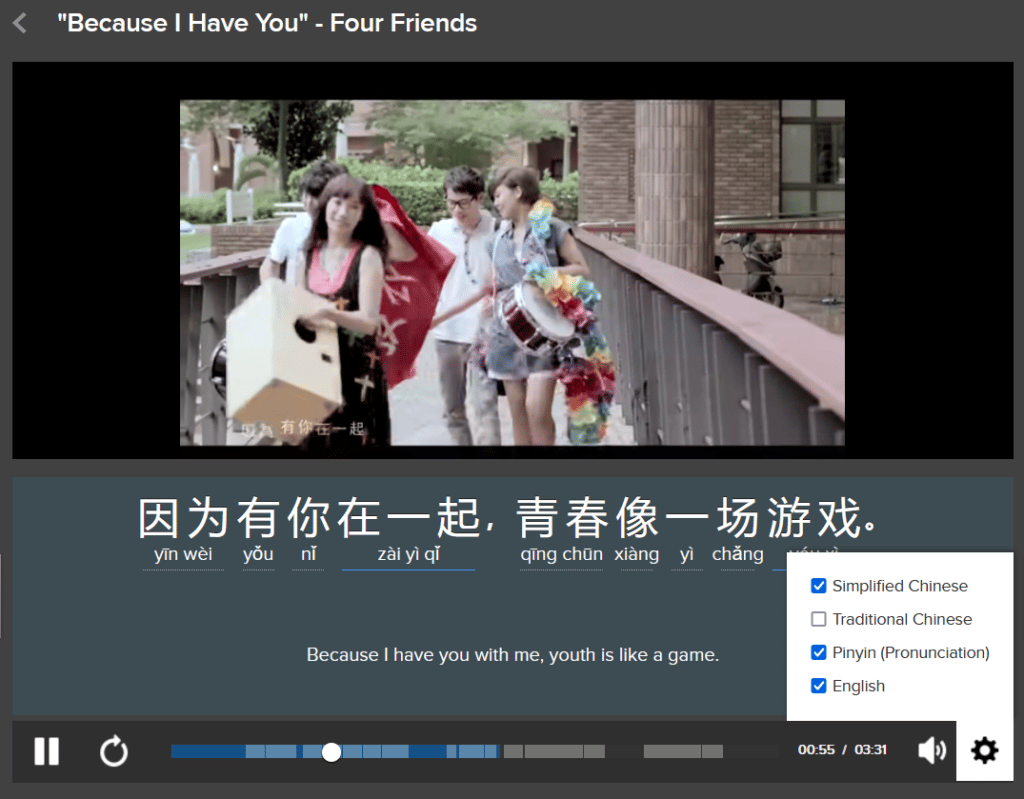 This gives you a chance to read along as you watch, seeing the characters in practice. You can also practice your reading with the transcripts, which also include audio pronunciations of every word, and with the quizzes that follow each video.

If you add some words to your vocabulary lists, they’ll show up as multimedia flashcards. You can then review these cards then complete exercises that include typing and speaking practice. 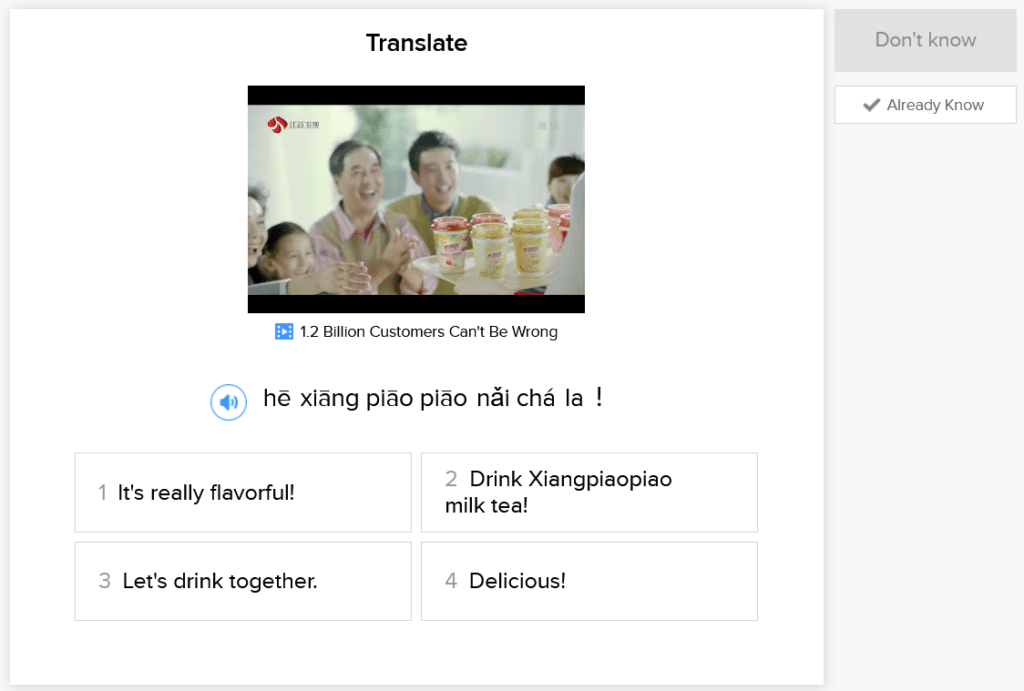 A program like FluentU will provide you with multiple different ways of exposing yourself to Chinese characters.

7. Embrace the Wonders of Karaoke

You may not be the biggest KTV fan, but if there’s one thing that makes everything easier to memorize, it’s music.

Music works wonders on people, whether it’s used as speech therapy, to teach kids about manners or to teach language students about grammar. Not to mention, it’s the perfect way to help someone with character memorization and pronunciation, considering how easy it is to get a song stuck in your head, regardless if you like the song or not.

Don’t know any Chinese songs, or haven’t mustered up the courage to sing them in front of an audience yet? There are loads of Chinese KTV channels on YouTube, full of modern tunes with both Mandarin and pinyin subtitles. You can also look up Chinese versions of English songs if you want to practice with a familiar melody.

Your recall will significantly improve once you attach a tune to Chinese characters, because you’re seeing the words in real-life application rather than just in a classroom setting.

Hopefully, going through this list of suggestions has made you realize that memorizing Chinese characters isn’t as awful as writing until your fingers blister.

In fact, writing is just a small part of improving character recall, and there are tons of study strategies you have yet to explore. You just have to keep an open mind, as there’s more to learning than using your traditional textbooks.