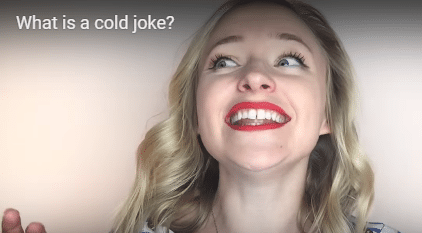 Good for a Laugh? 5 Things You Need to Know About Chinese Humor

Now can you do it in a foreign language?

It’s so rewarding to make someone chuckle, and it’s especially rewarding if you can make someone from a totally different culture laugh in a language you’re not native to.

Comedy is a tricky thing! What is funny in English may not be funny in Chinese. In fact, a lot of things we find humorous in our culture can be downright offensive in Chinese culture.

Don’t worry—it’s actually not that hard to get a grasp on comedy in Mandarin. It just takes a little studying on the subject of faux pas in Chinese interactions to understand what’s funny and what’s not.

So why bother learning about Chinese comedy? Does it actually matter in the grand scheme of becoming fluent?

Short answer: would you want to hang out with someone with a totally unrelatable sense of humor?

Why You Should Learn the Difference Between Chinese and American Humor

5 Hilarious Examples of Chinese Humor You Should Know About

If you find that you’re itching to know more about Chinese humor and culture, be sure to give FluentU a try!

You’re sure to see loads of examples of the ideas below and incorporate these types of jokes without missing a beat!

1. Embarrassing others and joking about “losing face” is a big no-no

If you’re a follower of Chinese-language and culture blogs, then this isn’t the first time you’ve heard this. If you’re unsure what “losing face” means, it’s something you’ll want to understand pretty quickly.

面子 (miàn zi) — Losing face is an idea akin to losing dignity or becoming publicly embarrassed. To cause one to lose face or lose face yourself is a very bad thing in Chinese culture, as well as many other Asian cultures.

Because there’s such a focus on defining oneself by the larger group rather than as an individual (which is often the case in Western cultures), to do something that causes shame or embarrassment in front of the “group” as a whole is looked down up.

Example: To “give” face to someone, you would give them compliments, praise them, give them a thoughtful or expensive gift and invite them to events.

To “take” face from someone or cause them to “lose” face, you would reveal their lack of talent (such as their English skills), put them on the spot for something silly, immediately turn down their invitation or openly criticize them.

Heckling people is common in Western comedy, but embarrassing someone in China is a huge no-no. Avoid anything that would cause a person to lose face, even if it’s just a joke.

2. Depressing irony is kind of hilarious in Chinese culture 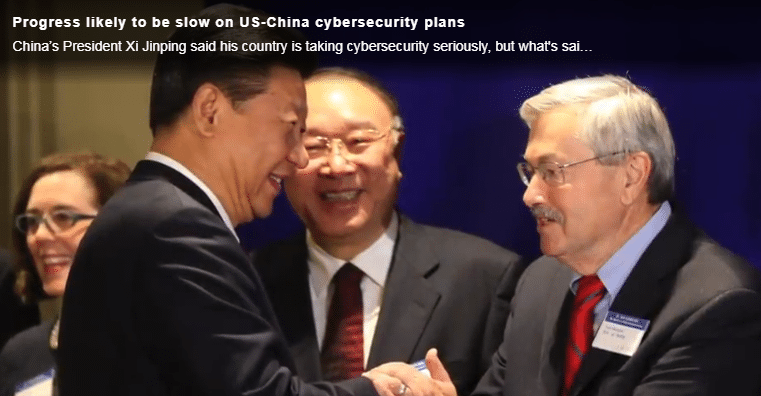 Depressing irony is something that’s sort of funny in Western cultures, especially with younger generations. However, China and many East Asian cultures like Japan and Korea take it to a whole other level.

This form of comedy is often dark, sarcastic and very ironic. This may be funny to some Westerners, but it may come off as too dark to most. There’s a very clear cultural reason for this type of humor’s popularity among Chinese youth: millennial Chinese citizens have grown up with economic and career pressure with a future that’s quickly becoming bleaker and bleaker.

Sound familiar? Our own culture’s generation of young people has a similar dilemma. Chinese and a lot of East Asian youth find dark humor to be hilarious and cathartic.

Example: 丧 (sàng) — Giving up culture in China best applies to this despondent and moody humor. Brands of drinks in China contain titles such as “achieved-absolutely-nothing black tea” that are meant to be sarcastic, but ultimately embodies this comedic view of losing ambition and poking fun at it.

3. 相声 (xiàng sheng) — Crosstalk is way funnier in China than it is in America

To American audiences, this may seem incredibly cheesy. When we think of stand-up comedy, we typically think of one person standing with a microphone and a stool spouting relatable stories, offensive jokes and a little bit of audience heckling.

But in China, the popular form of stand-up comedy is definitely the quick-witted style full of puns and allusions known as crosstalk. Typically a duo will perform in this style, but some crosstalk comedians will perform solo.

Chinese people find absurdity much funnier than the typical Westerner would. Crosstalk is considered hilarious and a “safe” means to poke fun at taboo subjects including political figures, traditional gender roles, sex and more. Unfortunately because of this, the crosstalk genre of comedy is still being censored by political controls to this day.

Example: The comedic stylings of the late 马三立 (mǎ sān lì) — Ma Sanli, shown performing in the video above, is a good example of crosstalk.

Western comedians are quite expressive, both in their faces and bodies. In China, a lack of facial expressions while delivering witty one-liners is considered much more entertaining.

Example: The hilarious 黄西 (huáng xī) — Joe Wong. This stone-faced China-born comedian is known for his most quoted punchline: “Hi, everybody… So, I’m Irish.“

That’s it. That’s the joke.

You may be seeing a pattern here. Absurdity is one humorous thing that most Chinese people seem to find funny. The obvious absurdity of a very Chinese man saying that he’s Irish is hilarious to Chinese people. It may seem campy at first, but we bet you’ll at least crack a grin at some point during one of Joe Wong’s performances.

If you can make a group of Chinese people laugh without showing any facial expression or making your joke or pun seem unintentional, you’ve succeeded.

5. 冷笑话 (lěng xiào huà) — “Cold jokes” are pretty funny in China, but not so much in America

Have you ever heard of a “non-joke”?

A non-joke is pretty much a joke without an ending or punchline that’s designed to be so dumb, it’s funny. Non-jokes, also known as cold jokes, are pretty standard water cooler humor in China.

Example: Water cooler guy #1 would say: “I got a good one for ya. Once upon a time, there was a girl with a blue wig. One day, she fell in a ditch. The end.” This is usually followed by water cooler guy #2 in the group saying “这里很冷，是不是?” (“zhè lǐ hěn lěng, shì bù shì?”) — “It got pretty chilly in here, huh?”

Think of the awkwardness and lameness of the typical pun or “dad joke” in America. Everybody groans because the joke is so bad, but the bad-ness of the joke is what makes it pretty funny. It’s kind of the same concept with cold jokes in China. Deliver a non-joke with a blank face and you’re pretty much guaranteed to get some laughs.

We hope you now have a better grasp on Chinese comedy.

While Chinese comedy may go over the heads of many Westerners, having at least a little bit of an understanding of what Chinese people find humorous will definitely help win over some potential Mandarin-speaking friends.

Learn the Trickiest Chinese Vowel Sounds to Make Your Mandarin Vroom!
Want to Learn Chinese in Singapore? Find the Course for Your Goals and Price Point