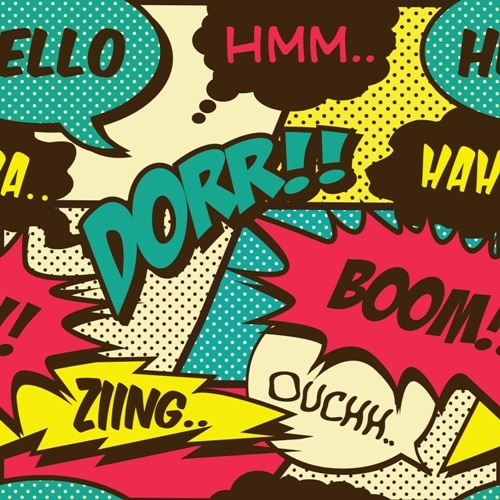 Chinese Onomatopoeia: How to Tic Toc, Snore, Giggle and More in Chinese

Have you ever wondered if cats still “meow” or if dogs still “woof” in Chinese?

Onomatopoeias are a playful and easy way to imitate sounds in the natural world. They can sometimes be hard to grasp unless through an example, like how splish splash and drip drop illustrate the sounds of water in English.

When learning other languages, it’s obvious that onomatopoeias will slightly differ. Whether this is based on the language itself or cultural differences, some Chinese onomatopoeias may be familiar to English speakers, while others may be foreign to the tongue.

If you watch popular Chinese movies or read even the easiest Chinese books, you’ll have probably already have encountered some onomatopoeias without even realizing it. Chinese onomatopoeias aren’t hard, plus they’re pretty fun to learn!

Not only do they make an expression more vivid, they also imply a strong understanding of Chinese culture and language. Onomatopoeias can also be neat to use in daily conversation, and can separate you as a learner who takes the extra effort to go outside of the basic phrases/vocab.

So let’s zoom into these words and get started!

Chinese onomatopoeias, or 象声词 (xiàng shēng cí), can usually be recognized because most words will have the 口 (kǒu) radical. This is because the mouth radical usually symbolizes a sound being made.

Chinese onomatopoeic words are divided into two general categories. The first are words that develop from classical Chinese. These will have been passed down through written records and are still mainly used in writing. You will usually be able to tell these apart from the modern Chinese origins because they will include marked tones.

Some Chinese onomatopoeic words will come from modern spoken Chinese, and these will usually not be marked with tones. This is because they lack fixed Chinese character forms, and it’s difficult to fix their tones.

Each word can be broken down even further into separate categories. After you learn some of the basic vocabulary that make up most of the onomatopoeias, you can begin to reorganize them into various forms for different circumstances.

Learning the basic vocabulary associated with onomatopoeias is easy: you simply need access to authentic Chinese learning material. For that I suggest FluentU!

Simple Chinese onomatopoeias make up many of the rest of the reduplicated and words with affixes. Having a firm grasp of these one-word characters will help with building up more complicated phrases.

Simple onomatopoeic words include characters that are monosyllabic. These are one character words that will usually not have a tone to them. Some simple one-character words and their English equivalents include:

Some simple onomatopoeic words will be alliterative, where both syllables use the same initial. Examples include:

Vowel rhymes are where both syllables use the same final. For example:

There are some other words that do not fall in so easily to the above categories, but are still simple two-character onomatopoeias.

Reduplicated onomatopoeias are ones that will repeat certain characters in certain patterns. This is similar to onomatopoeia sounds in English like how a clicking sound can turn into “click click,” the sound of rain takes on “pitter patter, pitter patter” or a dog bark sounds like “woof woof.” Many of these will be similar to their English counterparts, so you may recognize these sounds right away.

These will make up the basis of the other forms, but can be simplified to these characters:

Any of the above onomatopoeic words that take on a AA form can also be transformed to take on the AAA form. Just as we differentiate “haha” from “hahaha,” a character in AAA form will usually represent a more intense version of the sound.

Note that cats do still “meow” in Chinese, but dogs “wang” instead of “woof!”

Words in the ABB form will be composed of a disyllabic word where the second syllable is repeated. For example:

The opposite of words in ABB form, AAB form is made up of a disyllabic word whose first syllable is repeated.

Words in AABB form will usually be separated by a hyphen to show the difference between AA and BB.

Onomatopoeias in ABAB form are usually from the simple category above, and are duplicated for a dramatized version and effect.

This last category contains words with four syllables that are formed by using a disyllabic word for the first and third syllables, usually using the infix “里 lǐ” as the second syllable. The fourth syllable will begin with the letter “l” and will have the same final as the third syllable.

This may sound confusing, but will make sense with a couple of helpful examples. Taking some of the examples above and fitting them into this form would look like:

With the basic forms and vocabulary in mind, you’ll be able to start using onomatopoeias in your own conversations. Try a few now and surprise your Chinese-speaking friends!