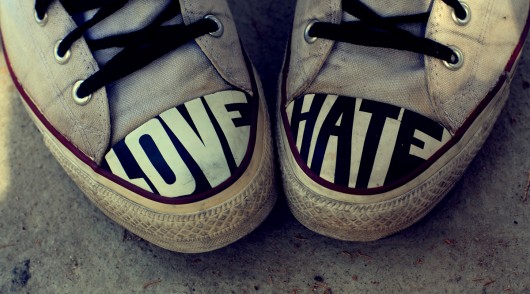 13 Mandarin Chinese Grammar Patterns and Structures We Love to Hate

The conventional wisdom is that Mandarin Chinese grammar is easy.

After all, the hard parts are Chinese tones, characters, and chengyu, right?

If you’re no longer a newbie, you might be cursing that conventional wisdom right now.

Because we all know that intermediate or advanced Chinese grammar is actually really hard.

Why Chinese Grammar Patterns and Structures Are So Hard

Before digging in, let’s discuss some of the reasons why Chinese grammar is difficult.

First, the word order in a sentence is different from English, and this requires getting used to. (But not always – here is a simple introduction to some Chinese sentence structures).

Second, there are new concepts that have no real counterpart in English (eg. 了) – and these can throw you in for a loop because there is no analogue.

Third, there are Chinese grammar patterns and structures which seem to be deceivingly similar. It’s easy to think they’re interchangeable. But they’re not!

Because of these challenges, learning Mandarin Chinese grammar rules unfortunately tends to require a lot of discipline and trial and error (and enduring tons of Chinese grammar exercises).

Perhaps this blog post can help with that. Perhaps it can be a sort of Chinese grammar guide for those of you just starting out.

And just so you know, for the sake of (relative) brevity, this post only addresses the most common usages of these grammar words.

We’ve tried to distill the essence of what you need to know.

Without further ado, here we go…

They even sound the same! How can words be so similar, without meaning the same thing?

It boils down to this main difference: 的 is used with nouns and 得 is used with verbs. The last one, 地, is mainly used to modify verbs (like the “ly” in English).

Possessive words (my, your, her, his, our, their, etc.) don’t directly translate into one word in Chinese, you add 的 to the end of the pronoun (I – 我) to make it possessive (My – 我＋的）.

When 的 is used between an attribute and noun, it gives the noun the attribute:

This particle is used after a verb and indicates effect, degree, possibility, etc:

This particle is mainly used as an adverb, like “ly” in English. It’s used before a verb.

地 can also be used to modify/qualify an adjective:

So maybe your mind was blown when you first heard about question words – words which convert sentences into questions when they’re placed at the end of a sentence.

Now you have more question words than you know what to do with. How should you distinguish between them?

In short, 吗 is for yes-no questions. 吧 is for making suggestions or requests. 呢 is for shifting the conversation to another topic or the other person.

It might be helpful to think of this as the equivalent of a question mark. The answer to a 吗 question should be yes or no (or to be more precise, confirm or negate the verb).

Unlike 吗 or 呢, 吧 doesn’t always indicate a question. It’s commonly used when making a suggestion or request. Much like “how about…” or “let’s…” in English.

However, you can also add it to the end of a statement, and it suggests that you’re seeking confirmation (like “…right?” in English):

呢 is a great way to shift the conversation to another topic, or the other person.

Answers to a 呢 question don’t have to be a simple yes or no (unlike 吗), and can be more open ended. The English equivalent is “and…” or “and what about…”

So 会 and 能 both mean “can,” but they don’t mean the same thing. What’s the difference?

The bottom line: 会 is for learned knowledge or the future. 能 is for physical ability, and for indicating permission.

会 most commonly means “can” or “able to,” specifically for learned knowledge. Use it for acquired skills, not abilities which you were born with.

Use 能 to indicate that you’re physically able to do something or complete a task.

你能帮我一个忙?
Nǐ néng bāng wǒ yī gè máng 吗?
Can you help me for a minute?

想 and 觉得 both mean to think or feel, so what’s the difference?

想 is most commonly used to casually express that you want to do something. 觉得 is mainly used to express your opinion about something.

Use 觉得 when you’re expressing your opinion about something.

Finally, we’re at 了, the most frustrating Chinese grammar pattern that I’ve personally ever learned.

了 is used to indicate the completion of an action, or a change of circumstances.

Aside from signaling the completion of a specific verb, when 了 is added to the end of a sentence, it that a new state exists.

Other Resources for Learning Mandarin Chinese Grammar Patterns and Structures

This post is just the tip of the iceberg. When it comes to Chinese grammar. Here are the 2 top resources I know:

Chinese Grammar Wiki: by the one and only John Pasden and his consultancy, All Set Learning. 1,645 articles, carefully written and constantly growing.

ChineseGrammar.info: beautifully designed site by Hugh Grigg and Amanda Wang. They tackle the most common Chinese grammar questions and break them down into small, digestible topics that make sense.

If you want to see this grammar used in real-world Mandarin, then you’ll love FluentU.