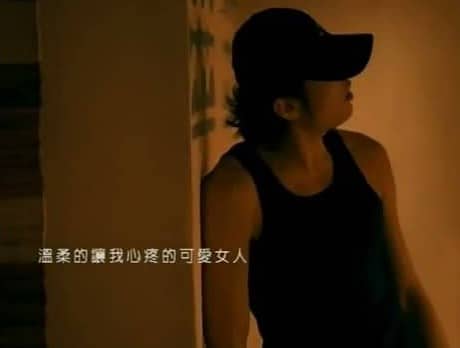 No trip to China is complete without it.

I’m not talking about the Great Wall or the Bund, though you should visit.

I’m not talking about foot massages, though you should definitely give them a shot.

And I’m not talking about Peking duck or baijiu either, though you should try them as well (might want to go easy on the baijiu).

I’m talking about Karaoke, or KTV. Love it or hate it, if you go to China there is a big chance that you will end up in KTV at some point. And if you go unprepared, it’s quite likely that you will end up singing Backstreet Boys or Britney Spears. While there’s nothing wrong with indulging in 90’s pop music, you’d be missing out on a great opportunity to learn Chinese language and culture. Because learning Chinese with music is one of the best possible ways to learn the language and culture.

Why Learn Mandarin Chinese Through Music?

How to Learn Chinese Through Music?

I’m biased, but the way I see it there are 2 main ways that you can learn Chinese through music.

The painful way is to find the music (probably on Youtube or Youku), google the lyrics separately, look the words up in your trusty dictionary, create flashcards to review those words, and rely on your flashcard system to bring up the words at the correctly scheduled review time.

The easy way is to learn Chinese through videos with FluentU.

It also provides interactive transcripts and a video player designed for learning Chinese. It tops this off with a review system which takes full advantage of the massive video library. And FluentU remembers your vocab progress and uses it to recommend future content from the rest of the FluentU library, which includes real-world content like movie trailers, commercials, news, and inspiring talks. What Songs Should You Use to Learn Mandarin Chinese?

There are many potential pitfalls:

With those potential issues and goals in mind, I’ve selected my top 10 modern songs for learning Chinese through music.

The Chinese-American, multi-talented mandopop superstar Wang Li Hong (aka Leehom Wang) burst onto the international music scene with The One and Only in 2001. The song was taken from the rock inspired album of the same name which sold more than a million copies in Asia alone.

The One and Only is a slow jam that has long been a favourite of Wang Li Hong’s fans. In places, the melody is backed by a tricky chord progression for singers, but the vocabulary is mostly commonly used words like the following: “It is not easy to get back. I’m sure you are my only one.” Wang Fei The runaway hit “I’m Willing” (我願意) in Mystery became her trademark hit in the Mandarin-speaking communities for years, and has been covered by other singers such as Gigi Leung, Sammi Cheng and Jay Chou. Sky was seen by fans as a successful amalgam of artistic experimentation and commercialism.

I’m Willing is so popular that it’s been covered by other singers, notably Sammi Cheng and Jay Chou. It’s also a karaoke favourite. For anyone who’s ever been in love, the lyrics have a strong emotional pull. If you are tired of sappy Chinese songs, this might be the right song for you. With a style that is reminiscent of Snoop Dogg, MC Hot Dog produced an instant club anthem with I Love Taiwanese Girls. The title of the song says it all really. And yes, that is a picture of MC Hot Dog throwing cash at you.

Being a rap song, there are a lot of words in a short span of time, so you will need a reasonably good grasp of Chinese to keep up. There’s also a catchy chorus to sing along to.

One of the most famous Taiwanese Chinese pop singers of recent times, Teresa Teng tragically died in 1995 from a severe respiratory attack. But she left behind a wonderful body of folk songs and ballads. Sweet Honey Honey was one of her signature songs, and the title track of her eponymous album from 1979.

Sales were phenomenal and the song continues to touch the hearts of those who listen. The lyrics were written by Zhuang Nu who had never met Teng before composing the words. He had only seen her on television. Reportedly, he wrote the words for the pretty, sweet voiced singer he had seen on TV. Classically trained Taiwanese singer, songwriter and multi-instrumentalist Jay Chou was discovered in a talent competition in 1998. He has enjoyed a stellar career ever since his first album, titled Jay came out in 2000. Simple Love is one of his most famous and popular songs and featured on his second album, Fantasy. It’s about declaring a simple and profound love for the object of his affections.

The Taiwanese-American singer-songwriter is beloved for his musical style, a crossover genre of R&B and hard rock tunes. The R&B influenced Just a Friend is from his award winning 1999 album I’m OK. The song has a sweet, infectious melody that can make the spine tingle.  It speaks of his pain that the girl of his dreams only sees him as a friend not a lover. As he sings, “I can’t just be your friend.” Just as an FYI, vocally, there are some very high parts to this song. Another R&B classic, Cute Woman is a catchy song with some soulful touches that speak of Jay’s desire for a beautiful woman (the lovely Taiwanese pop icon and actress Vivian Hsu – she also supplied the lyrics for this song). This a very smooth song with a very catchy and simple chorus.

This beautiful song was first sung by Chen Fen-lan in the early 1970s but was made famous a few years later by the late Teresa Teng. The sweetness of her voice was particularly suited to the emotional appeal of romantic ballads as can be heard on her perfect rendition of The Moon Represents My Heart. The song was once described as a “love song with a waltz-like lilt.”  The lyrics speak of – what else – deep love and affection.


This is THE song that most people learn first while learning Chinese. The overall happy feeling and easy vocabulary probably make it a favorite for Chinese teachers. Hey Girl Look This Way was recorded and released in 1998.

Richie Ren enjoys an enormously successful career that takes in movies, films and television. The Taiwanese singer and actor is popular throughout Asia, particularly in Chinese speaking countries.

Zhou Huajian is a successful Hong Kong-born Taiwanese singer and actor who has released more than 40 albums in Cantonese, Mandarin and English. His musical career started way back in the 1980s.

Friends is a beautiful ballad with a soaring chorus that’s bolstered by powerful backing vocals that make you want to wave a lighter and your arms in the air. This is THE song that people sing at the end of the night at KTV.

Other Resources for Learning Chinese Through Music

In case this isn’t enough for you, here are some more excellent resources for learning Chinese through music:

24 Chinese Pop Songs That Will Make You Homesick: Great list of many modern classic Chinese KTV songs that we didn’t have time to cover.

Why learning Chinese through music is underrated: Provides some great tips on finding good songs for learning Chinese, as well as recommendations of some songs I haven’t heard before.

10 Classic KTV Songs: Classics which are a bit more “classic” and a bit less “modern” than the ones mentioned in our post. They also include Chinese lyrics, pinyin, and translations.

A Gentle Introduction to Mandarin Chinese Sentence Structure
Chinese Listening Practice: Why and How to Get Started