Certain things about planning a trip to South America are fun, like forming a travel itinerary and brushing up on your Spanish.

But then there are the parts you dread. Things like spending hundreds of dollars on flights to and around the continent.

Booking airfare is the single biggest expenditure of an overseas trip. And given the sheer quantity of your hard-earned cash involved, the process can be somewhat stressful.

But working as a travel agent for two years taught me a thing or two about sussing out cheap airfares.

The truth is… there aren’t any magic formulas or hacks. We can, however, take advantage of a few clever tricks to wrangle the best possible deal.

So read on to learn how to find cheap South American airfares like a pro, leaving you with stacks of extra pesos to spend while you’re there.


Where to Arrive and Depart in South America

Other international hubs include:

If those popular airports aren’t in your desired destination, you’ll need a connection.

Generally, it’s best to purchase a connection on the same ticket through the inbound or partner airline. Doing so usually allows baggage to connect automatically and—more importantly—protects you if you miss your connecting flight.

Booking a separate connection on a different ticket can end up being cheaper. However, you’ll be on your own should you miss your connection due to a delayed arrival.

And in South America, that happens all the time.

Transcontinental travelers often opt for an “open jaw” ticket. Essentially, this industry term means flying into one destination and returning home from another.

For example, you could fly into Bolivia but return home from Peru.

Open jaw tickets can cost more upfront, but ultimately work out cheaper as they negate the need to backtrack.

Travel Like a Boss: How to Find the Best Flights to South America

The Art of Scoring an Airline Deal

Airfares tend to fluctuate tremendously. More often than not, price differences are determined by the booking classes available on the day.

Ever wondered why the guy sitting next to you paid way less for this airfare, even though you’re both in economy? It’s because he scored a cheaper booking class.

Say “W class” is the cheapest. An airline might dedicate just 20 of its 300 seats to this coveted class. Once it’s sold out, customers must purchase the next cheapest. And so on.

The subsequent booking class is often several hundred dollars more, while the difference between the cheapest and most expensive economy seats on a flight to South America could be over 1,000 USD.

Okay, interesting… but what does that mean for me, the traveler?

In short, this means you should book early to secure the cheapest possible booking class.

The longer you wait, the less likely those precious “W class” seats will be available. For the most part, last minute discounts are a thing of the past.

Don’t book too early though, because you might miss out on one of those super sweet airline specials.

Most airlines tend to release their best international deals between three and six months of departure. Book any earlier or later, and you might end up with an overpriced “standard” fare.

Use marketing to your advantage

So how can you find these airfare specials?

Nobody likes spam. Unless, of course, an unsolicited email could save them serious sums of cash. Sign up for airline and travel agent alerts. Or simply “like” their Facebook page to stay up to date on the best deals. 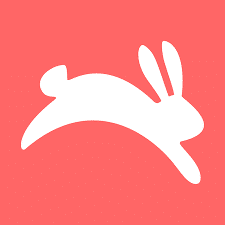 Other airfare alert options include Scott’s Cheap Flights and the Hopper mobile travel app. Find out when you can score a $1,200 flight to Brazil for only $600!

Once you’ve found a good special, study the airfare rules and search for flights accordingly.

Be flexible with your dates

Being flexible with travel dates often equates to snagging a bargain. After all, that sought-after “W class” might be available shortly before or after your intended departure date.

In my experience, Google Flights is the best engine to quickly and easily peruse multiple travel dates.

Ask about a waitlist

If you’re contracting the services of a human travel agent, ask them to waitlist a cheaper booking class. With a bit of luck, you could automatically get upgraded to a cheaper fare.

Fly out of season

High season in South America coincides with the Northern Hemisphere summer and the Andean dry season between June and August. Another peak period occurs between the New Year, meaning December and January can be just as dear.

Aim to travel outside of these months to secure the best possible deal. See if you can snag tickets in, say, March or October.

Flights from Australia and New Zealand

The best deals are often from London and Madrid.

Due to its developing economy and low population density, internal flights within South America tend to be pricey. Opt for domestic airfares and cross borders overland for significant savings.

Of the following airlines, LATAM and Avianca have the best reputation. Others are prone to sub-par service and consistent delays.

It all depends on your preferences, though. If your biggest concern is your budget and you don’t mind a little inconvenience, one of the other airlines could be your perfect fit.

Those who plan on galavanting around South America through the skies might be better off with a South American air pass.

Using an air pass could be the most affordable way to fly to multiple spots around the continent.

Visitors intending to travel extensively in Brazil should investigate a Brazil-only air pass from Avianca, GOL or Azul.

If you’ve made it this far, you’re now an expert in finding bargain basement South American airfares. So grab that credit card and start searching!

Maybe researching a good deal could even be a little fun.


Harry is a South American-based freelance writer who covers travel, the arts, and culture, among many other things.