Famous Korean Singers: 5 K-pop Sensations Who Can Teach You Korean

Would you like to have a K-pop idol for a Korean language teacher?

Is it even possible?

It would probably be like winning the lottery or getting a nod from a big name charitable foundation to actually have a K-pop idol take you under his or her glorious wings.

Hey, these fellows are worshiped like demi-gods on and off the stage!

That said, there is a way. There’s a way to have them teach you Korean without you getting in line for a lottery ticket.


How Famous Singers Can Help You Learn Korean

Quite simply, they can help you learn through their body of work—which is available to you freely online, any time of the day or night.

Places like YouTube and iTunes and host your K-pop idols’ musical exploits, songs, lyrics and music videos. I’m sure you already know this to some extent.

You only need to have a set of new eyes and ears to digest K-pop music linguistically and turn all this content into a Korean language learning resource.

Everything has to do with focus. You can give each song one casual listen, just passively enjoying the sounds of the song. The next time around, you’ll have to change your focus, which means:

Here’s what you need to do:

Now that you have an idea of how to mine K-pop idols and their songs for some language lessons, let’s look at five Korean artists you should set your eyes and ears on. 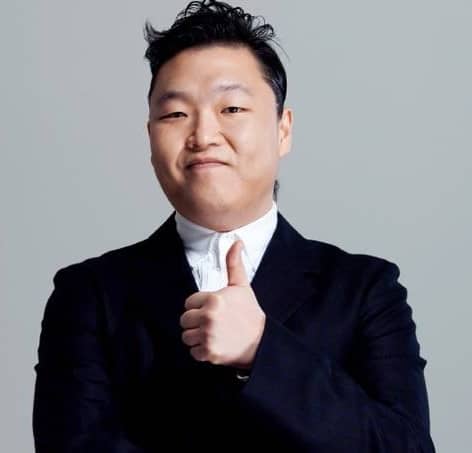 What better way to start this list than with Park Jae-Sang, more popularly known as “Psy”?

Few people outside Korea know that, when he broke into international consciousness with his megahit “Gangnam Style,” he already had five full-fledged albums behind him. The singer, songwriter and record producer is known for his catchy beats, funny music videos, irreverent dance moves and otherworldly concerts.

“Gangnam Style” was such a huge success that it was the most watched video on YouTube and became the first one to hit one billion views. The song and its dance propelled the artist to share a stage with Madonna, have a meeting with UN chief Ban Ki-moon and appear in a cameo on “Saturday Night Live.”

Psy is a Korean language learner’s dream. He puts out highly memorable visuals and audio. Take his songs “Daddy” and “Gentleman,” for example.

In spite of the highly-orchestrated videos and scenes, the lyrics to his songs are actually very simple. The lines are simply structured, and they’re perfect for language learners who are looking to see how the words work in context.

The lyrics are informal and approachable. They employ the type of communication you can use for banter with friends. In a culture where hierarchy and seniority is strictly observed, the linguistic lessons you can get from a Psy song are highly prized. You won’t get them just from any Korean language textbook! 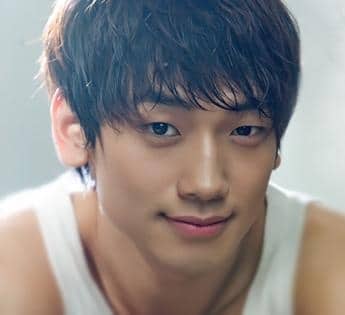 Rain, whose real name is Jung Ji-hoon, is one of the brightest Hallyu (Korean Wave) stars. In 2007, he topped TIME’s online user poll of the “100 Most Influential People.”

He has that inspiring tale of starting from humble beginnings and, through unrelenting hard work, making it as one of the biggest musical acts in Asia. His third album, “It’s Raining,” topped Asian music charts and cemented his status as an Asian phenomenon, being the complete package—a singer, dancer and actor.

He even made it to Hollywood with movies like “Speed Racer” and “Ninja Assassin.”

Language learners needn’t join his harem of fans to get specialized Korean lessons. Rain’s “Love Song” and “How to Avoid the Sun” are two songs that beginners of Korean can easily learn from. Although the artist is definitely better known for his explosive dance music videos, he slows down a bit in these two.

Everything in these songs and videos is about clarity. First of all, the videos are simple, so they won’t be too much of a distraction. In fact, they help you get into the yearning spirit of the songs. Jung Ji-hoon sings the lines clearly and with such resonance that all language learners can make out the vocabulary involved in the lyrics.

The pace is leisurely as well, which means no catching your breath if you try to sing along with him.

Repetition at certain points in the lyrics makes them even more appropriate for language students. 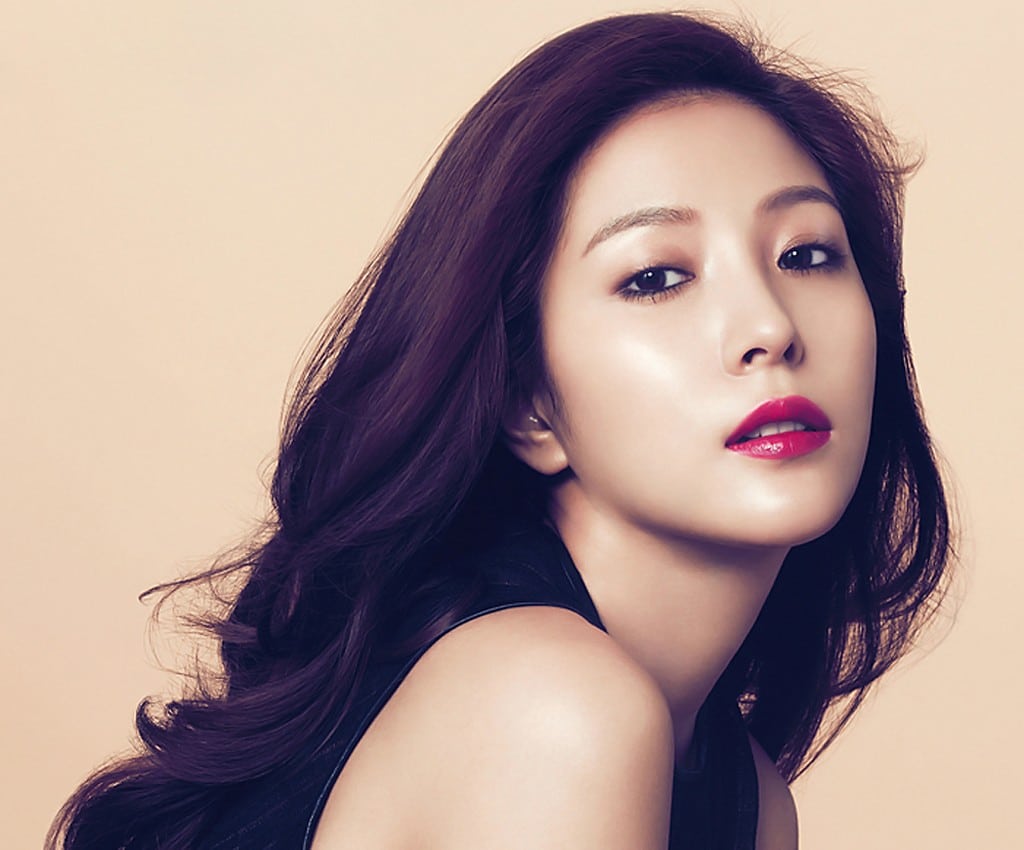 Her real name is Kwon Boa, and I’m pretty sure that’s why they chose BoA (Beat of Angel) as her stage name.

That and her dance moves can literally eat you up like a boa constrictor.

The story is that she accompanied her brother to audition for a breakdancing gig, but when the talent scouts saw her they signed her instead. (That same night!) Talk about sibling rivalry.

Known as the “Queen of Korean Pop,” BoA is also a pretty big deal in both Japan and China. If you need some language learning inspiration, know that she speaks not only her native Korean, but also English and Japanese and has recorded songs in Mandarin Chinese.

And just to prove that she’s a breakthrough artist, she made it to the US market, performing next to Akon and starring in the movie “Make Your Move 3D.”

So, if you’re seriously learning Korean, be sure to check out her songs.

BoA’s long career has spawned numerous songs over the years—two of which are “Disturbance” and “The Shadow.” These two could easily have been made for learners of Korean who’ve gone beyond the basics but haven’t yet reached the intermediate stage. Their pacing and level of vocabulary is just right for learners of that level.

The songs contain lines and vocabulary that are a mix of the basics, idioms and poetic lines like: “내슬픔을외면하는너” (Nae seulpeumeul oemyeonhaneun neo – You turned away from my sadness.) So if you want your Korean to sound a little bit more enriched and textured, check out these two of BoA’s songs. 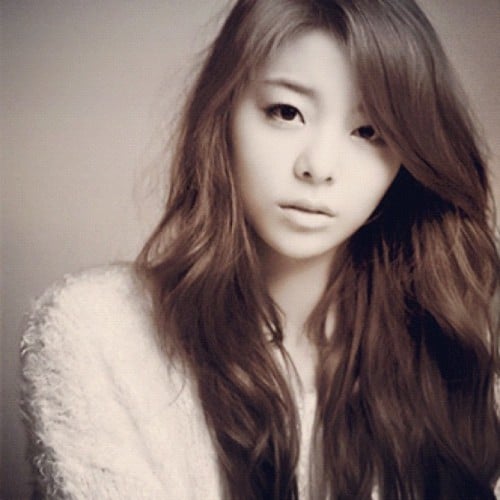 You know somebody’s going to be big when, a month after her debut, she’s already winning awards like “Song of the Month” and “Rookie of the Month” (from Cyworld Music Awards).

Ailee not only achieved that, but she also received the Best New Artist Award at the MelOn Music Awards, Golden Disk Awards, Gaon Chart K-pop Awards and the Seoul Music Awards.

Ailee (Amy Lee) is a Korean-American singer who came to Korea in 2010 and created waves in the music industry. In 2013, she released her second mini-album and her single “U&I” soared to the top of Korean music charts in 4 minutes! That same day, record stores were practically running out of copies of her album.

I’m not saying you’ll be learning Korean just as fast, but you’ll definitely catch her magic when you listen to her.

“Don’t Touch Me” is one of those Ailee songs that language learners can mine for vocabulary. And, if you haven’t noticed by now, Korean songs haven’t only been influenced by American music, they even use English in their lyrics. Use these “English moments” to help you get the gist of the song as well as contextualize the lines. Be on the lookout for them!

Another Ailee song worth a listen is “I Will Show You.” It’s a very approachable song. The lines are written in the first person, so it has plenty of “I,” “Me,” “My” and “Mine” sentence constructions which are essential for everyday communication. 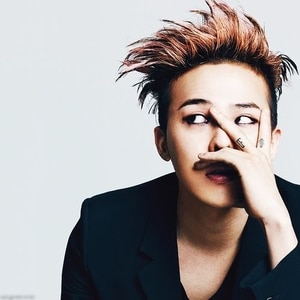 If you only know Big Bang as how the universe started, let me tell you a little bit about this Korean rapper who The Telegraph dubbed as “arguably the biggest Asian artist in the world.”

Kwon Ji-yong, also known as G-Dragon, trained for 6 years under YG Entertainment before debuting as member of Big Bang. What this basically means is that the guy has paid his dues. Korea has this humbling process of training artists to physical and mental limits before they’re debuted to the public.

First of all, you’ve got to audition in order to have the privilege to train. And once you’re in, if you do get in, it can only mean hours upon hours of dance practice, endless singing lessons and language lessons. The environment is super competitive and you’re training side by side with fellow dreamers who are as talented or more talented than you. You’ll be performing in front of the company president on a regular basis. Plus, you can be cut from the training pool at any moment, without appeal.

All this for the chance to be a K-pop star.

G-Dragon went through that for 6 years. That should give you inspiration as a language learner. If huge Korean idols can go through the same cycle of hurdles and setbacks, you shouldn’t be discouraged in your own linguistic endeavor.

And you shouldn’t quit on these G-Dragon songs.

His “Who You?” and “Crooked” would be ideal for intermediate to early-advanced learners. Early sections of the songs are easy enough to follow and make out the words. This is even helped by the regular rhythm inherent in the lines. Their beats make the phrases very memorable. Towards the middle parts of the songs, up-tempos happen and rap sections begin. If you want to have songs that mimic the pace of spoken Korean, these two would be a good start.

So, do you feel like being tutored by your favorite Korean idol yet? They’re on YouTube, at your beck and call.

Check out their songs and you won’t just fall in love with their looks or their dance moves or their music.