Do you want to speak like your favorite Korean actors and actresses?

In this post, we’re going to look at some lines from major Korean dramas delivered by the likes of Hyun Bin, Gong Yoo, Son Ye Jin and Song Hye-kyo.

Korean dramas are a rich resource of vocabulary, grammar and cultural lessons.

Let’s spice up your Korean by getting into lines from some fabulous dramas.

Think of drama quotes like your TV dinners, or ready-to-eat meals. They’ve already been pre-cooked, prepackaged and consistently portioned. You have your main dish, your vegetables and then your dessert. Basically, everything is done for you, and all you have to do is heat them up and then plunk down on the sofa.

Start with your favorite Kdrama. In the last 15 years, there’s been an explosion on the Kdrama scene, and they’ve become more accessible to the rest of the world. Maybe you already have a Kdrama in mind that you adore, or maybe you’re still discovering this amazing world.

If that’s the case, check out the following video about how to study Korean the right way with Kdramas.

Kdramas are rich in drama and comedy, and they can even offer insightful commentary on modern life and society within Korea. In that way, they can be much more than entertainment: Kdramas become fruitful lessons not only on the Korean language, but also on Korean culture. With so many Kdramas to choose from, you’re bound to find one that improves your competence in Korean—and delights you along the way.

So, how exactly are drama quotes like TV dinners? Well, your favorite actors and actresses don’t come up with great lines on the spot. They have writers who think up the perfect sequence of words and sentences that make for a great drama.

By using drama quotes, you’re using language that’s already vetted by seasoned writers (or word chefs). The quotes are phrased to be grammatically correct, conversationally interesting and packed with meaning. In other words, quotes are high-impact language. Knowing a bunch of them, and knowing where to look for them, kicks your Korean up a notch.

All you have to do is heat them up, er, memorize them.

They’re very easy to commit to memory because they come prepackaged with a scene. There’s a story, a movie or a whole series that goes with them, so that when you hear “I’m the king of the world! Wooohoooo!” or “I’m just a girl, standing in front of a boy…,” you remember what’s going on.

Korean drama quotes benefit from context. This beats memorizing a list of random phrases devoid of emotions or a backstory.

That said, we look into 10 quotes here. Hopefully, they’ll encourage you to look for more beautiful lines in the K-dramas that currently tickle your fancy. 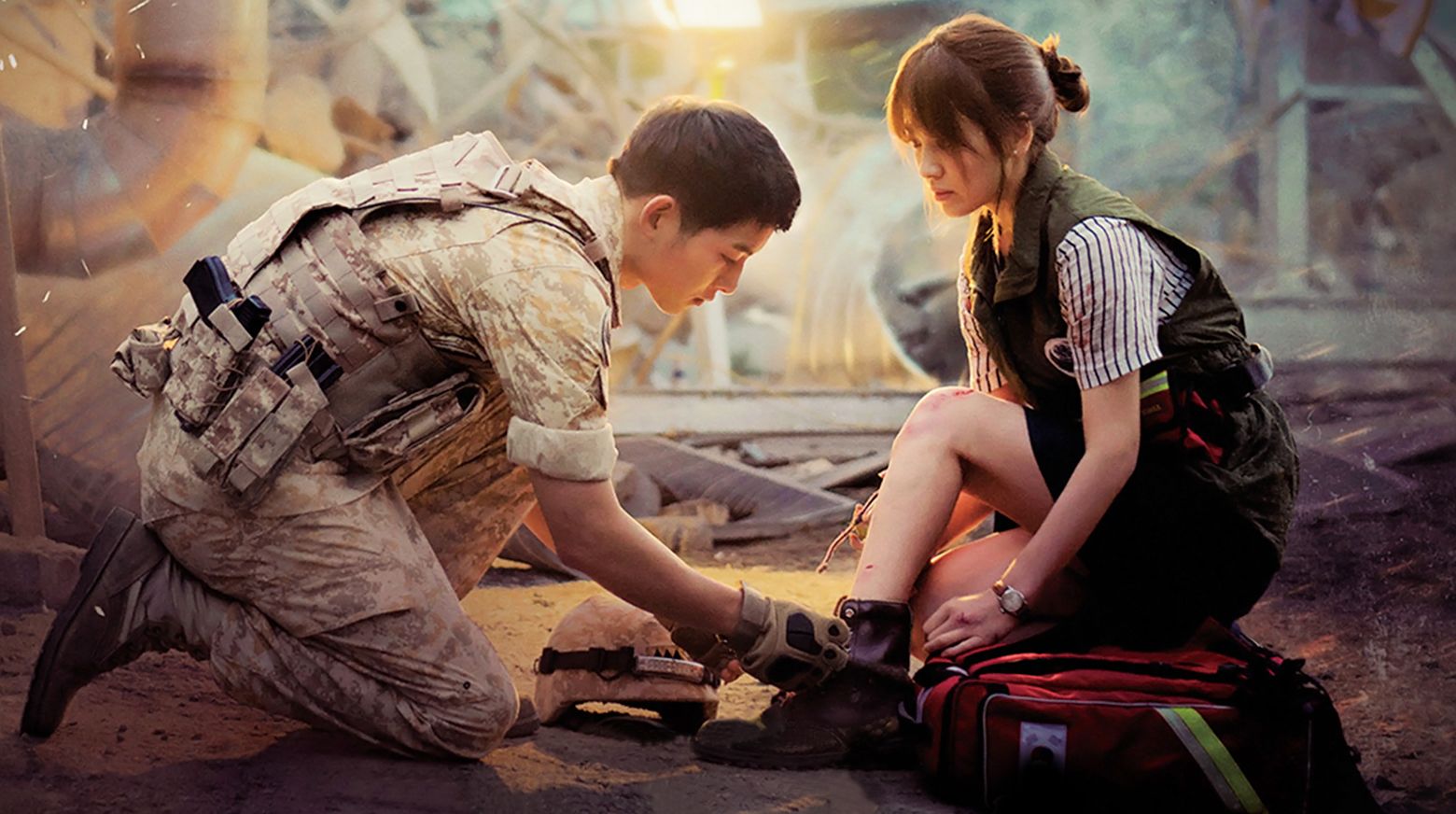 This quote is from the 2016 hit, “Descendants of the Sun,” that produced the Song-Song couple (Song Joong-ki and Song Hye-kyo). It tells of the tumultuous relationship between an idealistic captain of the South Korean army and a headstrong surgeon. Their story is set in the fictionalized country of Uruk, where our main characters find themselves on a peacekeeping mission.

The quote is from one of the pivotal scenes where Dr. Kang Mo-yeon (Song Hye-kyo) is deciding whether or not to take their budding romance to the next level. They clearly have feelings for each other, but the good doctor, being reminded of their situation, decides not to take the next step. He’s too dangerous for her on so many levels. 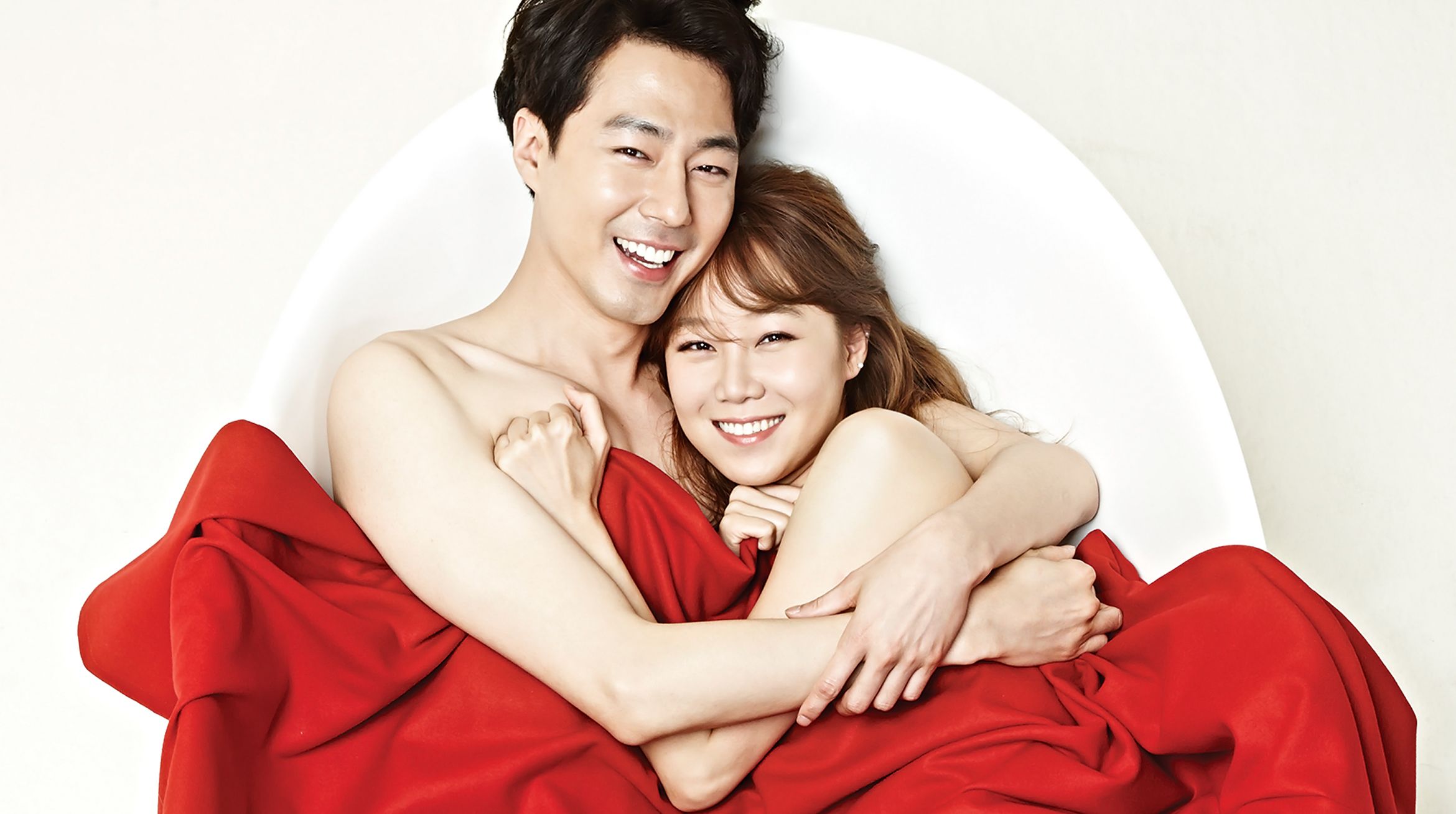 For those interested in a Kdrama with themes involving mental health, “It’s Okay, That’s Love” fits the bill. Jang Jae-yeol is a best-selling author who suffers from obsessive-compulsive disorder. Ji Hae-soo is a psychiatrist who has some distorted and very negative views about love.

In the scene where this quote is spoken, Jae-yeol is playing relationship expert, explaining to Hae-soo that it doesn’t matter that she hasn’t been in a relationship for a long time or that she has never been in love. Because falling in love, it will all happen in an instant, and she’ll know it when it happens.

3. “There’s an Indian proverb that goes, ‘Sometimes, the wrong train takes you to the right station.’” 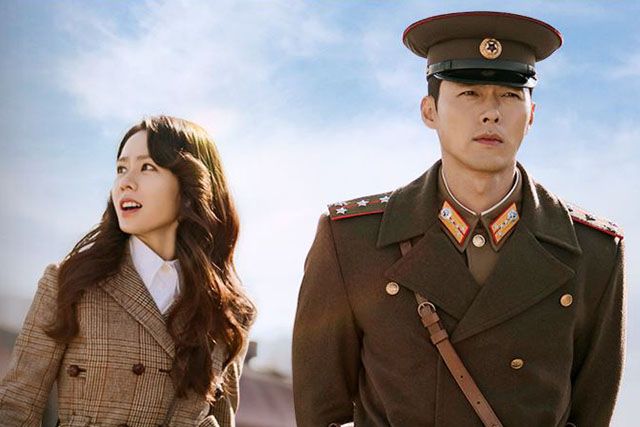 “Crash Landing on You” is a blockbuster Netflix original that catapulted Son Ye-jin and Hyun Bin’s already high-flying careers to meteoric heights. She’s a paragliding chaebol heiress who, after a freak tornado, wakes up on the wrong side of the 38th Parallel.

Landing in North Korea, she finds herself in the care of Captain Ri, who is assigned to lead a band of soldiers at the border.

The two leads, whose paths should never have crossed, ultimately find themselves in the same place: in love. Thus, you have the reference to the wrong train taking you to the right station.

“Goblin,” the name of this series, also goes by the title “Guardian: The Lonely and Great God.”

We’re playing with forces and beings beyond our ken here. You’ll have (good-looking) immortal personages roaming around—living lives that span centuries, seeing the comings and goings of generations of people. Despite the premise, the Kdrama still manages to inject romance and humor for the viewers.

If we’re going to be philosophical about it, this quote encourages us to live our lives to the best of our abilities—to cherish our time here on earth. Because sure as the taxman will get you, death will also. 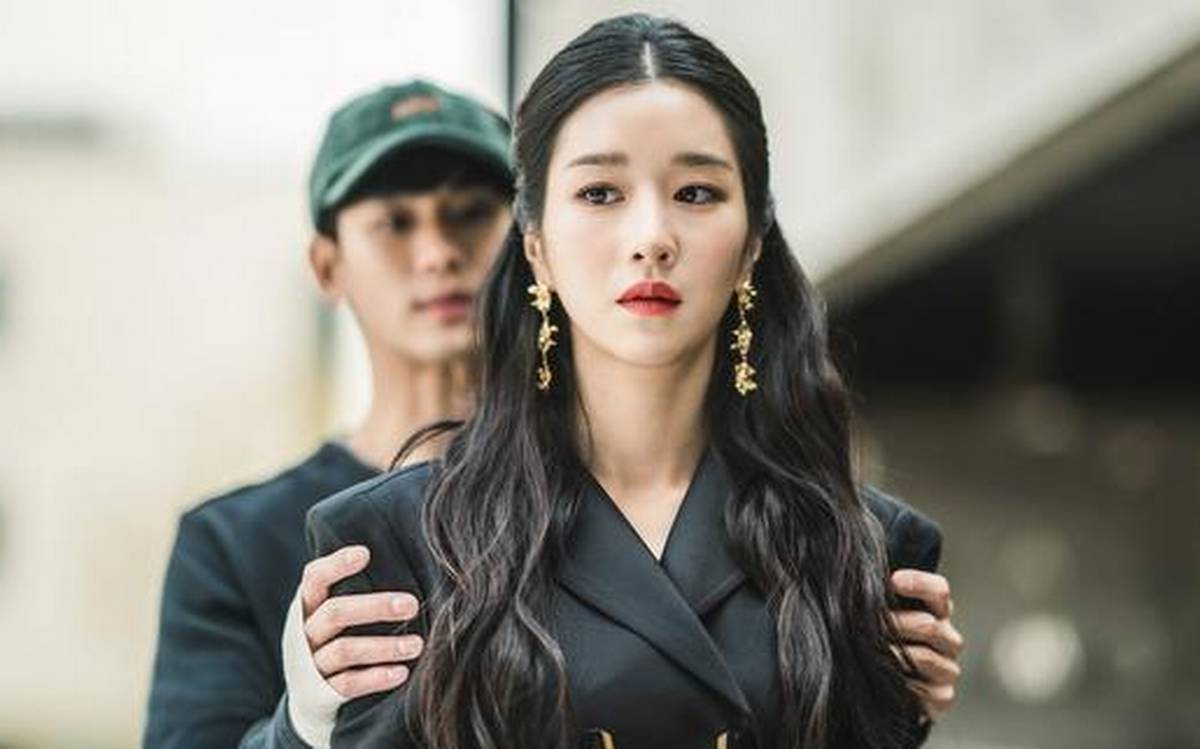 “It’s Okay to Not Be Okay” is a 2020 offering that again deals with mental health. She’s a successful children’s book author with an antisocial personality disorder, and he works at a psychiatric ward.

The drama isn’t your usual fare of boy-meets-girl. The scenes are unpredictable and will take you on an emotional rollercoaster, and so “cliché” wouldn’t be a word to describe the plot.

This series looks at the power of healing and how each of us has past hurts and pains that we cling to. We relive them every day, and they often affect how we relate to others. A little kindness, a little understanding and good humor can go a long way.

6. “There are moments when you suddenly realize something.” 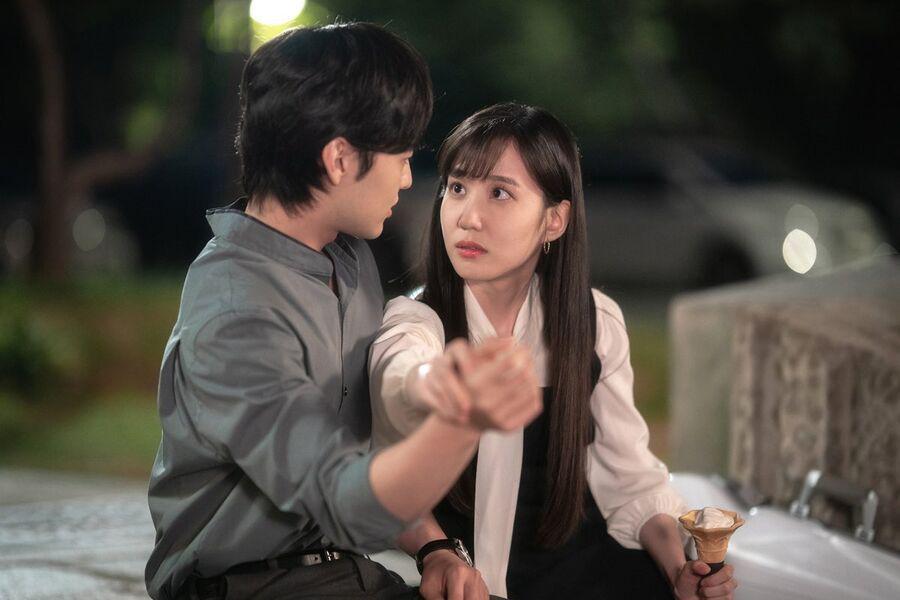 Johannes Brahms was a German classical music composer, conductor and pianist in the 1800s. Brahms often completes what is considered the three B’s of classical music (with Beethoven and Bach being the other two).

“Do You Like Brahms?” is a Kdrama about students of a prestigious school of music in Korea. We’re treated to the ups and downs of the lives of the music students as they navigate the waters of family, love and career.

This quote is from Song Ah, who did realize something when she dropped business classes and, instead, enrolled in music school despite the heartbreak of her family. 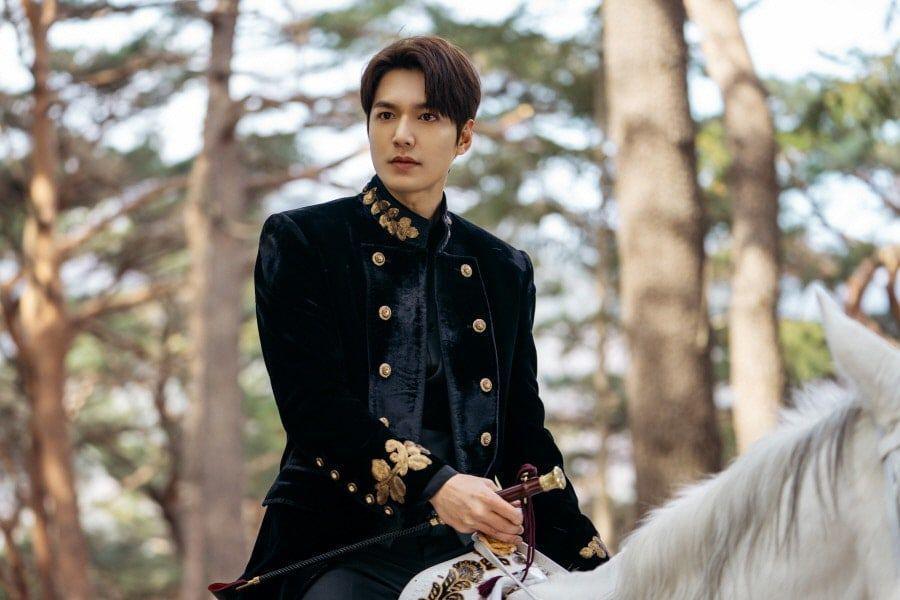 “The King: Eternal Monarch” is another Netflix hit from 2020, featuring the inimitable Lee Minho as a modern-day king of the Kingdom of Corea.

The drama features travel—not long-haul flights, but travel across parallel universes. King Lee Gon, with his horse, Maximus, crosses a mysterious forest and steps into the Republic of Korea. The above quote is from an exchange between Lee Gon and Inspector Jeong Tae-Eul. It’s one of those meet-cute scenes where a frustrated and incredulous police officer is listening to a handsome, but likely crazy, fellow who claims lordship over a place called the Kingdom of Corea. 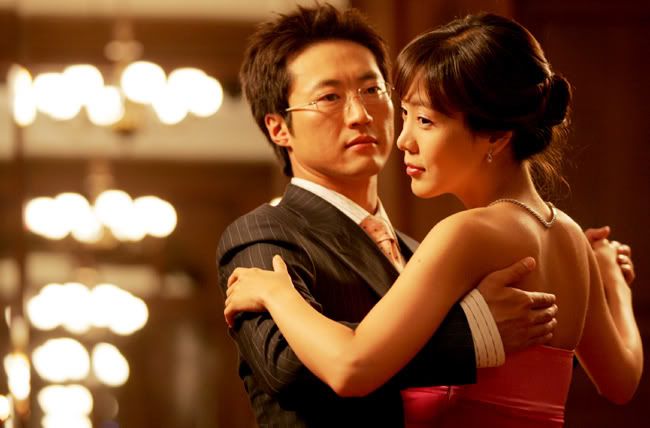 “Lovers in Paris” (2004) is a Korean classic. It was one of those early dramas that paved the way for the “Korean Wave.”

It features the complicated love triangle between an uncle, his nephew and the sweet, pretty lady they both have deep affections for. So, who did she pick? One look at the posters produced for this drama will solve it for you.

But the “loser” doesn’t just exit without leaving behind a good line. When he returns to her house shortly after leaving, she asks him what he left. “I left my heart,” he says.

9. “I wish you luck. Going through this life is the first time for all of us anyway.” 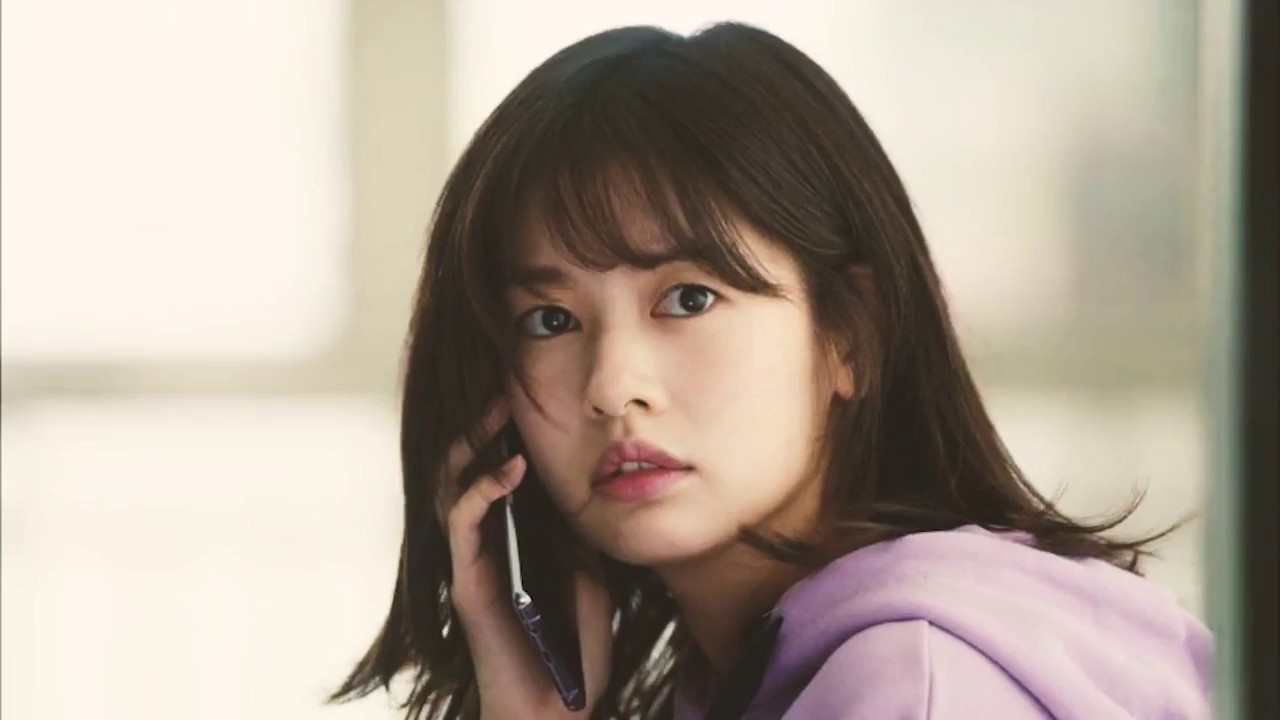 “Because This Is My First Life” is a heartfelt Kdrama that brings a certain kind of realness to the concept of love and marriage. The series tackles a whole lot about the human condition and gives contrasting perspectives from the different characters.

Nam Se-hee is a 38-year old computer designer looking for a tenant so he can make ends meet. Yoon Ji-ho is a 30-year old assistant screenwriter who suddenly becomes homeless. He thinks his tenant is a guy. She thinks her landlord is a girl. They end up becoming housemates.

The story looks at relatable struggles with money, marriage, career and family and walks the fine line between hope and cynicism. It’s a slow burn examination of life.

10. “Dance like no one is watching. Love like you’ve never been hurt. Sing like no one is listening. Work like you don’t need the money. Live life every day as if it were your last.” 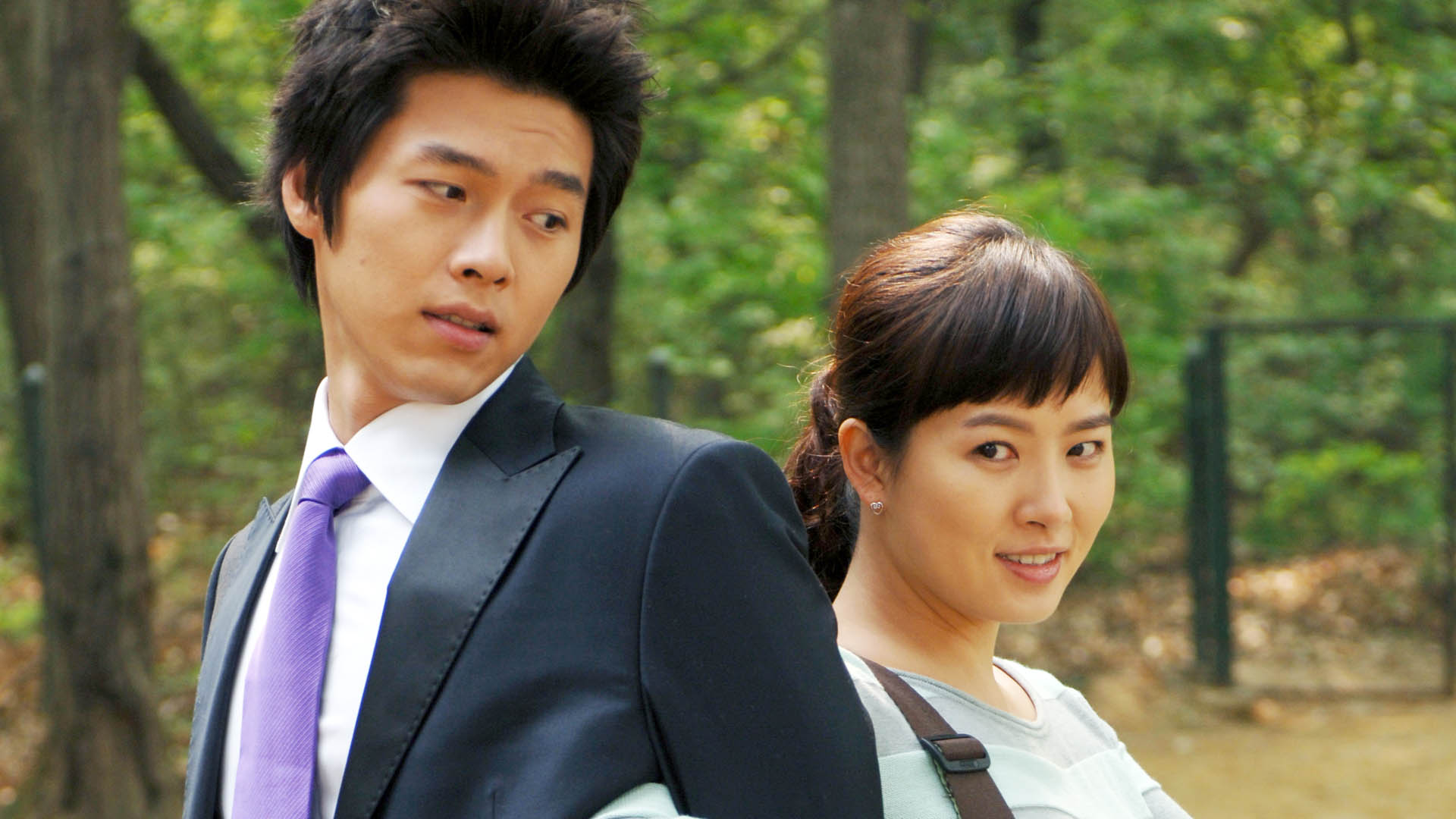 “My Name Is Kim Sam Soon,” also known as “My Lovely Sam-Soon,” is another one of those oldie-but-goodie K-dramas that enjoyed steady viewership. It was one of the highest-rated series during its release time (2005).

The title character, a female in her 30s with a passion for baking, has been compared to the lead of “Bridget Jones’s Diary.” Sam Soon, despite her supposed average looks, always finds herself the object of affection of dashing gentlemen. And, like her British peer Bridget Jones, her insecurities often get the best of her.

This quote, which is said in the final episode, is part of a poem attributed to Alfred D. Souza and is a fitting summary of the whole series. The main character, Sam Soon, has every right not to love again. She has been burned more times in relationships than in the kitchen.

But, as the saying goes, “Hope springs eternal.”

So, there you have it: 10 quotes from 10 excellent Korean dramas. There are so many other beautiful lines peppered throughout these dramas, and you can catch more of them as you watch the episodes and make your very own list!