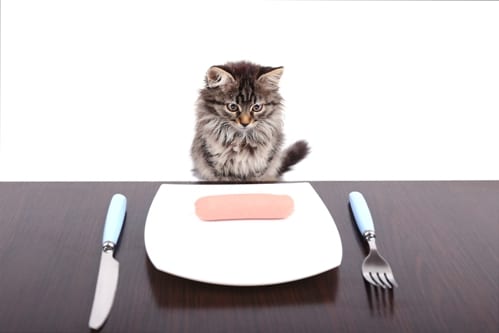 Lots of people don’t know any German beyond what they’ve heard in movies and shows about World War II.

“Hurry up!” “Stop!” and “Attention!” might indeed be the extent of their knowledge.

Needless to say, this is a bit of a problem.

It contributes to the idea that German is a harsh or ugly language.

Surprise: The German language isn’t all about barking military orders.

You probably already know or suspect this, of course, because you’re reading this post and you’re interested in how the language works. You’re ahead of the curve.

So we’re going to give you some further insider information: Even when you’re making a request or giving directions in German, your wishes can take a wide variety of forms depending on your desired level of politeness and the shades of meaning you wish to convey.

In this post, we’ll show you how it’s done.

You Catch More Flies with Honey: The Importance of Context

There’s an old English saying that goes, “You catch more flies with honey than you do with vinegar.” The direct translation of this adage isn’t widely used in German (it would be “Mit Honig fängt man mehr Fliegen als mit Essig,” if you’re curious). But in any case, what this means is that you’re more likely to influence people and meet your own goals by being kind than by being harsh.

How can you do that? Well, just think about the ways in which you already make requests or demands in English.

Imagine you’re sitting at the dinner table with your family. Maybe your grandparents are even there, so you know you really need to mind your manners. Are you more likely to say “Gimme the salt” or “Would you please pass me the salt?”

Now imagine you’re trying to get the attention of a classroom full of hyper and unruly kindergartners. Think about which of these expressions would probably be more effective: “Would everyone please be so kind as to quiet down?” or “Listen up!”

The way that we express requests and commands depends on politeness and context. This is true in every language, so of course it’s true in German, too.

What to Watch Out For: Judging the Formality of a Situation

Judging the formality of a situation has a lot to do with:

However, your responsibilities don’t just end with the pronouns. Du, Sie and ihr each have their own verb forms as well. That means you’ll have to pay extra attention to how you phrase your requests and commands: Both context and grammar are important.

Now let’s take a look at five different ways you can express requests or commands in German. Remember to always pay attention to grammar and formal contexts—but as we’re about to see, there are plenty of shades of politeness you can even heap on top of that.

This is what people generally mean when they talk about the “command form.” It has its own verb conjugation, and it’s often given special attention in textbooks or grammar guides. The way that you build the German imperative depends on whether you’re speaking to someone whom you’d call du or Sie, or a group you’d call Sie or ihr.

The Sie forms, both singular and plural, are the same—and they’re the easiest. You just take the infinitive (main) form of the verb and don’t change it at all. If the verb is helfen (to help), then the imperative form is helfen Sie. If it’s sprechen (to speak), then the imperative form is sprechen Sie, and so on. You say the pronoun Sie, unlike in the other two forms where it’s almost always removed.

For the du form, you’ll usually take the stem of the verb. The verb “to do/to make” is machen, so you’ll get mach as the stem. However, irregular or “strong” verbs can get tricky. Why does helfen become hilf instead of helf? Irregularity. But don’t worry, because you’ll memorize those stem-changing strong verbs over time. Furthermore, some verbs have an “e” at the end of their imperative du forms, like arbeite (work!) or antworte (answer!).

The ihr form, for informal plurals, is easier than all that. You use the exact same form as the present tense ihr form, which just involves the verb stem plus “t.” For helfen, this is helft. For sprechen, it’s sprecht. For machen, it’s macht. If you know the simple present tense, then all of this will become second nature with some practice.

2. The imperative with lassen

Why do we have three options again? If you guessed it’s about the du/Sie/ihr division, then you already know your stuff. This time, however, you’re always including yourself in the command by using uns (us).

To form this expression, we just take the imperative form of the verb lassen (to let) and conjugate it according to the rules explained above. This gives us lass for du, Lassen Sie and lasst for ihr. Then you move the main verb to the end of the phrase without conjugating it at all, like we did with gehen (to go) in the above example.

3. The infinitive as a general direction

Example: Zurückbleiben (near a train door) — Stand back

There’s one form that’s even easier than all of this, although it’s used less frequently. This form simply involves saying the infinitive form without changing anything or using any pronouns at all. This is often used as a command that applies in general, without regard to the du/Sie/ihr distinction or the relationship between speakers.

The example above is commonly heard on trains. Whereas the New York subway might tell you to “Stand clear of the closing doors” as a complete sentence, the Berlin U-Bahn simply says Zurückbleiben. Similarly, the “All aboard” call to enter the train would be Einsteigen. They might throw a bitte (please) in there, but they don’t conjugate the verb in any way.

You also see this in German cookbooks and recipes. Mehl hinzufügen (add flour) and cremig rühren (stir until creamy) are the same directions for everyone, whether you’re the writer’s five-year-old niece or Chancellor Angela Merkel herself.

When would you use this, if the imperative mood is shorter and easier? Well, sometimes the plain imperative can be too direct or even bossy. Think of the English example of “Gimme the salt.” There are some contexts in which saying that would be okay, and there are others in which it would be impolite. By offering a complete sentence with a modal verb, you’re adding a little bit of politeness, even if your suggestion or command is still very plain to see.

The above example actually uses two strategies to make your request as polite as possible. For one, it puts the request in the form of a question. We employ the same strategy in English all the time.

The second strategy, however, is key: using the subjunctive mood. We’ve written about the subjunctive mood before, and it’s a little bit too complex to explain everything about it in this list. However, it might help to think of it this way: It softens requests by putting them in the realm of possibility rather than posing them as real-world commands. A common marker of the German subjunctive is the verb würden, which translates pretty much directly into the English “would.”

Other subjunctive forms, especially of modal verbs, can also be used here. Examples include Könnten Sie…? (Could you…?), Ich möchte… (I would like…) and Vielleicht sollten Sie… (Perhaps you ought to…).

One way to look at all of this is that it makes your statement indirect or weak. However, sometimes this weakness is exactly what you want. It takes the rough edges off of demands that could otherwise be seen as bossy or out-of-line. If you have to make a delicate suggestion or request to a superior while being as polite as possible, you can use all these layers of politeness to soften your statement.

Eventually, you’re gonna have to make a request or tell someone else what to do in German.

Don’t shy away from it. Just be aware of the many different ways you can do this without being rude. This includes both verb-level grammar and overall sentence form.

Sometimes it’s really not about what you say, but how you say it.

Amanda “Andy” Plante-Kropp teaches at the HTW University of Applied Sciences in Berlin. She strives to bridge the gap between second language acquisition research and practical pedagogy. You can learn more about her at English with Andy.

How to Learn German Speaking at Home, No Joke! A 3-level Walkthrough
Want Online German Lessons? 7 Fab Sites That Are Serving ‘Em Up