“Finally, someone who speaks French!”

I used to teach English as a second language to immigrants in the U.S. One day, a young girl from Haiti signed up for my beginner class.

Since I only knew French and English at the time, I spoke to most of my beginners with lots of hand gestures. With this new student, I thought, things would be much easier.

It turned out that she didn’t speak French, but rather Haitian Creole, a French-based language.

While I could understand some words she said and vice versa, it was mostly right back to hand gestures for me!

If only I’d known where to find some French Creole lessons.

Not only would I have had an easier time communicating with my student, I would’ve given my existing French a workout—all while expanding my language skills way beyond the realm of “classroom” French.

You don’t need to be an ESL teacher to see why that can be valuable. In this post, we’ll walk you through the basics of French-based creoles and where you can learn three major ones online.

What Is French Creole?

There are many wonderful language resources online for learning the big French creoles: Haitian, Louisiana and Antillean.

However, before I tell you where you can learn French Creole, let’s start by breaking down what exactly makes a creole language.

For starters, creoles are fully developed languages that are based on a mix of different, previously established languages.

You may have heard of a pidgin, but it’s worth noting that pidgins and creoles are two different things. The short version is that a pidgin is a simplified mix of two or more languages so that their speakers can communicate with one another, whereas a creole is a full-fledged language with native speakers.

There are many French creoles—or creoles where one of the parent languages is French—that exist all over the globe.

Aside from the three I mentioned earlier, French creoles include Guianese, Mauritian, Réunion and Seychelles.

Now that you know what French creoles are, you may be wondering why you should take the time to learn them.

First, each creole represents a different culture, so learning about them will expand your worldview.

Additionally, creoles are often overlooked when it comes to deciding what language to learn. Most students think of French, English, Mandarin and the like before considering a creole. This means that by learning a creole, your marketability in the workforce will surpass many who don’t have the same unique skillset.

Take a look at the following examples to see just how closely related these languages can be.

If you love building your French this way, you’re the type of learner who benefits from unique and authentic language material. FluentU is the perfect tool for that type of learning.

Now that we’ve answered the “what” and the “why,” it’s time to show you the “where!”

Below, you’ll find an overview of where to learn three different French creoles online. Then, it’s just up to you to pick which creole to learn!

Haitian Creole is perhaps the most well-known of all French-based creole languages.

Not only is it spoken by 7 million people in Haiti, but it also boasts speakers in places like the Bahamas, the Cayman Islands, the Dominican Republic, Guadalupe and Puerto Rico.

Haitian Creole, which has its roots in French and various African languages brought over from West African slaves, was recognized alongside French as one of Haiti’s national languages in 1961—gaining the recognition it had long deserved.

The language has three different dialects: Northern, Central and Southern. While not as widespread as French, it still plays a prominent role in Haitian life.

To get an idea of what Haitian Creole sounds like, check out this video from the Creole Institute:

If you’re interested in learning a bit of the language, below are a few words and phrases to get you started:

Where to Learn Haitian French Creole 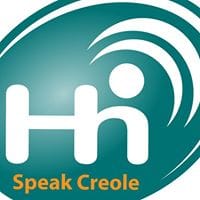 HaitiHub is a website dedicated to helping people learn the language by offering tons of diverse resources.

They have loads of educational videos separated into different modules such as learning the basics, studying different tenses and practicing the correct pronunciation. Additionally, they offer cultural videos so you can learn things like Haitian prayers, common gestures and typical phrases used by the natives.

Many videos are free, but HaitiHub also offers a membership option that allows learners to access even more lessons and tutorials.

Aside from videos, HaitiHub offers flashcards to teach practical expressions that’ll help you in everyday life. They also keep a blog where they write articles about Haitian culture and offer lessons on the country’s geography, history and more.

Sweetcoconuts is a blog with loads of free resources for language learners.

Their site includes audio recordings so you can learn proper Haitian French Creole pronunciation, videos with exercises to practice your new language skills and quizzes to test your level.

Their blog is also updated regularly with cultural tidbits, new vocabulary lists and information about Haiti.

You can’t go wrong with Sweetcoconuts, as it’s an active site that’ll answer any question you have about the language and provide you with new learning tools each month.

Cajun French is actually a dialect of French, whereas Louisiana Creole is a fully developed creole language.

Louisiana Creole was heavily influenced by both the slaves brought over from Haiti and emigrating planters from the Lesser Antilles. Despite it being a well-known language, it’s currently estimated to have under 10,000 speakers, putting it on the endangered list.

As such, it’s more important than ever that people decide to study this language and save it from extinction.

If you think you might be interested in learning the language, check out this YouTube video from Louisiana Historic and Cultural Vistas, which covers how to pronounce Louisiana Creole pronouns:

Additionally, below are a few words and phrases to introduce you to this beautiful language:

Where to Learn Louisiana Creole 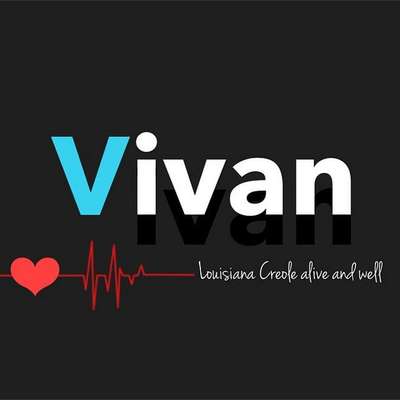 One of the best places to learn Louisiana Creole online is this course on Memrise, a learning platform that specializes in using flashcards. The lessons are broken down into tons of grammar studies and vocabulary training so you can start with whichever category you’d like to learn first and progress from there.

While you gain access to hundreds of flashcards, you also get accompanying audio clips so you can practice pronouncing Louisiana Creole correctly.

I find that their approach to learning is very easy, as the whole thing is guided, showing you the order in which they recommend lessons, tracking your progress and more. Plus, what I love about Memrise is that it automatically saves and tracks your progress while you learn.

Additionally, they’re continually adding flashcards and audio files and their resources are free to use!

Antillean Creole has an estimated 400,000 speakers in Martinique alone, with additional speakers in countries like Dominica, Venezuela, Guadeloupe and many more.

The language contains elements from French, various languages spoken in the Caribbean and many African languages.

The language is similar to Haitian Creole with a few major differences that you’ll probably be able to recognize by simply listening to some common Antillean Creole phrases in this Language Learning Tips video:

Check out a few words and phrases below:

Where to Learn Antillean Creole 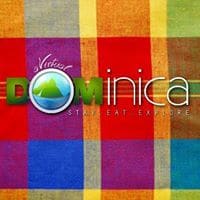 If you like the look and sound of Antillean Creole, a great place to start seriously learning is A Virtual Dominica. This site focuses specifically on Antillean Creole in Dominica and offers tons of free educational resources.

They’ve got comprehensive vocabulary lists and grammar lessons separated into basic categories such as pronouns, colors, numbers, days, months and more so that you can become well acquainted with the basics.

Furthermore, they include sample sentences and explanations about the vocabulary when needed.

As their site is Dominica’s official tourism site, they also offer an overall look at cultural information and suggest additional resources for continuing your study of Antillean Creole.

Now that you’ve got the lowdown on all things French-based Creole, it’s time for you to decide which one you’re going to start with!