7 Popular French Movies for Kids to Boost Your Language Skills

Believe it or not, some of the best French films are children’s films, and the young and old alike are sure to enjoy the sweet, whimsical stories they tell.

Luckily for you, watching films—whether they’re made for kids or adults—can be a great way to learn French and expose yourself to the culture.

In fact, this simple and fun activity will help you build your vocabulary and practice your listening skills at the same time.

I’ve created the following guide to some of my personal favorite French children’s films!

My Favorite French Movies for Kids

English Title: “Kirikou and the Sorceress” 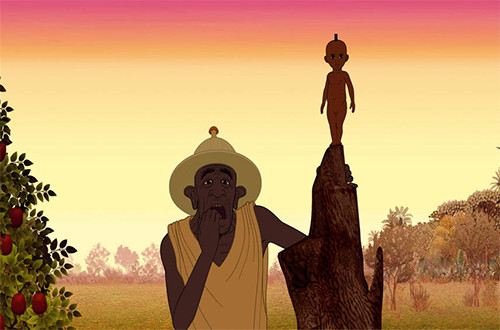 “Kirikou et la Sorcière” is a very popular animated French kids’ film that was released in 1998.

Directed by Michel Ocelot and Raymond Burlet, the movie takes place in an African village that’s been cursed by a sorceress named Karaba.

The curse has caused the village men to mysteriously disappear and the crops to dry up.

Brave little Kirikou is born into the village and as a young baby decides to travel to the Forbidden Mountain to visit the wise man who lives there and seek help in lifting the curse.

This is an excellent choice for anyone wanting to learn some unique vocabulary centered around magic and African culture. It’s also a must-see if you want to become acquainted with the most popular French children’s films.

English Title: “A Cat in Paris” 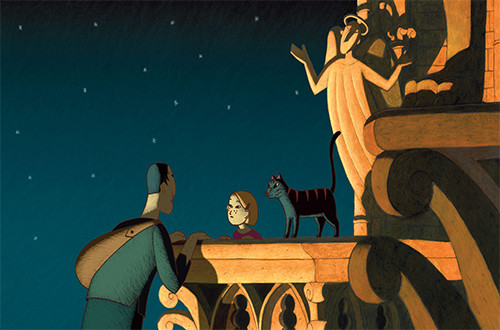 “Une vie de chat” is a fantastic French film that was released in 2010 and is directed by Alain Gagnol and Jean-Loup Felicioli.

The story is an animated adventure and crime film that centers around three very different and interesting main characters.

The first is Zoé, a little Parisian girl who no longer speaks due to the trauma of her father’s recent murder.

The second principal character is Nico, a good-natured burglar who steals jewels and other priceless artifacts for a living.

Lastly, the character who glues them together is none other than a cat who leads a double life—spending his days as a house cat with Zoé and sneaking out at night to accompany Nico on raids.

The two worlds become interwoven in more than one unexpected way as Zoé and Nico each run into trouble with gangster Victor Costa and his gang who are responsible for killing Zoé’s father.

Beautiful in many ways, this story is a favorite in France and will take you on a wild, realistic journey through the streets of Paris. 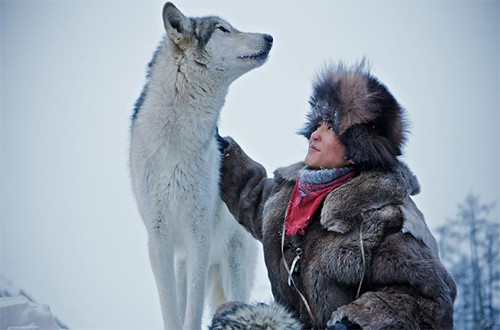 Directed by Nicolas Vanier and released in 2009—this breathtaking, live-action film takes place in the cold, beautiful Siberian mountains.

The main character, Sergueï is a 16-year-old living in a clan in which his father is chief.

The clan has always fought with the predatory wolves who live in the area and who are a threat to their livestock and safety, yet Sergueï learns to connect with and love them.

The story follows his relationship with these extraordinary animals and his fight to keep them safe, while at the same time remaining loyal to his clan and to his father.

Perfect for practicing your French, you’ll also see some beautiful landscapes in this film and discover a unique and moving story. 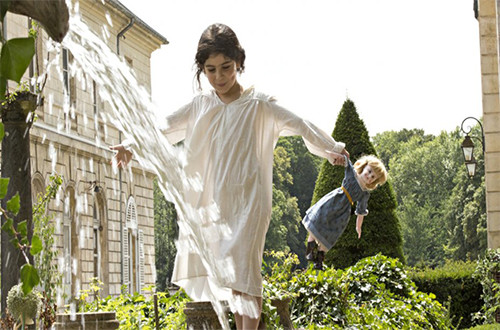 A modern, live-action film, “Les Malheurs de Sophie” is directed by Christophe Honoré and was released in 2016.

The movie is based on stories written by Sophie Feodorovna Rostopchine—the Countess of Ségur—in the late 19th century.

The film tells the sweet story of young Sophie who’s very mischievous and disobedient, always getting into trouble with her cousin, Paul.

She eventually ends up living with the strict and horrible Madame Fichini and must learn to survive with the help of her two friends and their mother, Madame de Fleurville.

If you like the film, you should check out the book series as well. The first story is available online for free thanks to the Canopé Académie de Strasbourg.

English Title: “The Big Bad Fox and Other Tales” 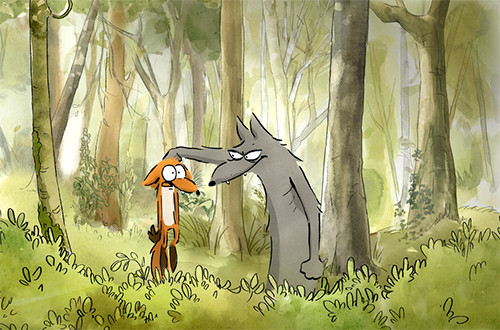 “Le Grand Méchant Renard et autre contes” is a new film released in June 2017 and is directed by Benjamin Renner and Patrick Imbert.

It’s a truly adorable animated movie centered around the Big Bad Fox who is in fact, not all that bad.

You see, despite his attempts to make the chickens and other animals fear him, he’s not taken seriously and even winds up with three baby chicks that have mistaken him as their mother!

Full of adventures and interesting characters—such as the Big Bad Wolf who tries to teach the fox to be ferocious—this film is sure to please everyone.

English Title: “Mune, the Guardian of the Moon” 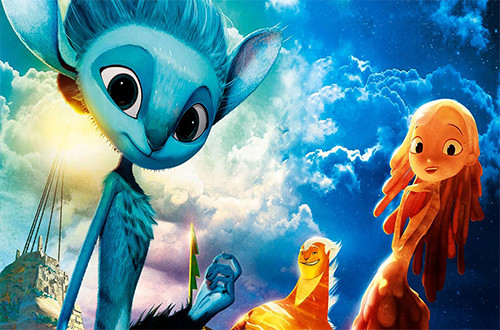 This unique, animated film was released in 2015 and is directed by Benoît Philippon and Alexandre Heboyan.

The movie takes place in a fantastic world full of strange and exciting creatures.

Among them is Mune, a small, fawn-like creature who was never expected to replace the guardian of the moon but is surprisingly chosen during the guardian ceremony.

He’ll have to protect the dream world by pulling the moon along each night in conjunction with the strong and fierce Sohone—the guardian of the sun who protects the day world.

With the help of their friend Cire, this unlikely trio will have to face many trials and combat evil forces attempting to take over their worlds.

English Title: “War of the Buttons” 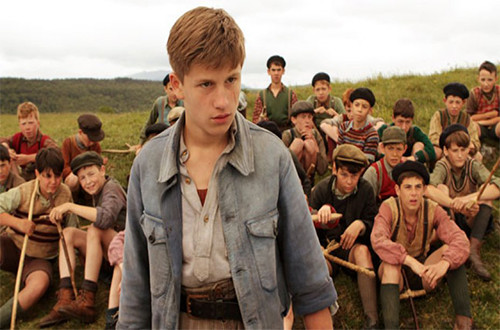 This live-action film released in 2011 and directed by Yann Samuell, takes place in a village in the south of France and follows the story of a band of young boys at war with the neighboring village boys.

Between accepting a little girl into their gang, avoiding their parents’ ire from the dirty and worn state of their clothing and trying to win the war, the children have loads of adventures and learn many important lessons.

The movie is a double treat with plenty of lighthearted scenes and the broaching of serious subjects—such as gender, poverty and the relationship between parents and children.

As a plus, viewers will be given a glimpse into the French countryside, which is full of the most gorgeous of landscapes.

Choosing Subtitles or Not

Once you pick your movie, you’ll need to carefully consider whether or not you want to use subtitles.

Apart from utilizing subtitles, one of the most important things to remember is to pause the film while you look up a word or rewind it so you can listen to the dialogue again.

If you don’t have time to pause or rewind, know that any exposure to French is time well spent, as it will help you tune your ear to the language. There’s no such thing as wasted time!

Write Down New Words or Phrases

Another practice that can be helpful is to try writing down new words or phrases that you hear throughout the film.

When the movie is finished, you can look them up and practice using them if you understand them contextually.

Try taking a few minutes beforehand to look up some French vocabulary pertaining to the subject of the film. Then, see how many words you recognize while you watch.

Doing this can also reveal any weak spots you might want to work on before watching films, whether it’s your listening comprehension or French grammar. You can use the French videos available on video-hosting websites.

Watching children’s films can be fun and a great way to pick up the basics of a new language—like lower-level vocabulary and good pronunciation habits.

You’ll not only enhance your French but gain exposure to delightful stories and French culture at the same time.

Now break out the popcorn and enjoy!