France is only a hop, skip and jump across the channel from the English-speaking world.

Even so, the distinctive customs of France may make you feel like you just landed on Mars.

Nobody is totally immune to culture shock while traveling abroad.

That being said, being unfamiliar with the French language is not as ostracizing as it once was. Many French can now communicate bilingually with Yanks, Brits and Aussies. However, not knowing what’s what culturally will have you sticking out like a sore thumb. You may have the stereotypes down pat,  it is the sly customs Hollywood forgot to report on that will have you confused and feeling like a foreigner.

You may think you know all about France from your French books, music and movies, but there’s a lot more to learn through experience. Not knowing how to engage in common French behaviors can be quite frustrating. Here, we’re going to turn all that around!

We’ve rounded up a list of customs. From the well-known to not-so-obvious, we present you with this simple cultural guide to fitting in, en France. 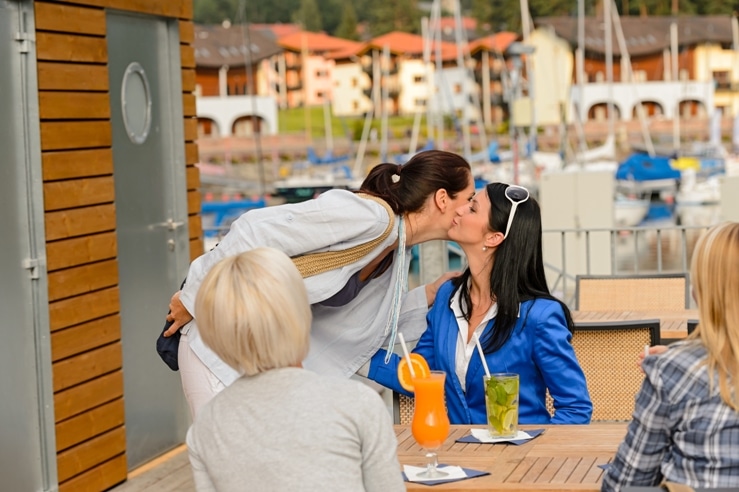 La bise consists of placing one cheek against another’s. making a kiss noise, and then repeating on the opposite side. Occasionally you will come across those who plant a wet one right on your face, but typically kissing the air will suffice as long as your cheeks touch. Two kisses are the norm, however, different regions call for varying bises. It is well accepted in Provence to make three kisses and in some places, such as Nantes, you could be kissing four times or more. As a foreigner it is best to expect a bise, but go with the flow as to how many and what side to start. It is a custom that can create many a confusing moment in an outsider’s life, especially if the person greeting you is aware of your heritage. Reverse greeting awkwardness can occur, where you go in for the kiss but they make the move for a shake: bis-asterous!

Another point of etiquette to remember is removing your sunglasses or hat when going cheek to cheek, no need to add extra obstacles to the already tricky greeting!

To learn about native French customs (such as la bise), behaviors and the language, be sure to check out the video below. You’ll never have an awkward moment again after following all the great tips and pointers! 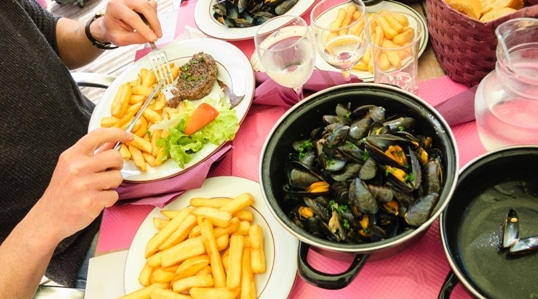 Food is always a cultural talking point with any foreign country and if the French are synonymous with one thing it is good food… and bérets.

Unlike home where lunch is often the fifteen minute break spent eating last night’s leftovers or the quickest thing in the cafeteria, in France lunch holds great importance in the daily schedule. For school-goers the option of returning home for a hearty meal with mum and dad over the course of two hours is standard routine. This is an ethos that transcends into the professional realm as well. It’s not uncommon to see workers go on break for anywhere from an hour to two hours. Businesses often close during these times to accommodate the sometimes five course meals that sustain their employees for the day. Be prepared to swap your main meal from dinner to lunch, because the prospect of a sandwich for le déjeuner is starvation to the French.

It is a mere afterthought compared to the extravagance of lunch, but for a foreigner it should be noted that dinner is served later than you may be used to. It is not uncommon for dinner to occur anywhere between 7:30 P.M. and 10:30 P.M., so make sure you partake wholeheartedly in midday’s main event or you might find yourself hungering for home.

As for the meal itself, a typical structure is entrée, plat (main course), fromage (cheese) and dessert. Haphazardly jamming meat, vegetables and salad together in one giant serving to be scoffed down in front of prime time television is not in the psyche of the French. Instead they are taught from a young age to take their time enjoying each course.

The entrée will usually be an appetizer that compliments the main meal or le plat. This could be radishes with sea salt, the famous snails (escargot) or even something more filling depending on the following courses or personal preferences.

Like other cultures, the main course will typically consist of a vegetable and meat dish. Zucchini, eggplant, leek and carrot are all vegetables that are featured frequently, either separately or together with other components in dishes such as la ratatouille. Beyond the nation’s culinary stereotypes, steak (steak) and chicken (poulet) often satisfy the meat portion of le plat, leaving frog legs (cuisses de grenouille) as a delicacy rather than an every day choice. As a sub course, salad can also be offered after the meat and vegetable has been finished. Of course accompanying these plates is always bread (pain) and a bottle of wine (vin).

Moving into the latter stages of the meal, a variety of cheeses will be on offer to eat with bread or by itself – a savory snack before a sweet finale of fruits and creams or something more opulent.

Naturally, some French have succumbed to a more American/British way of eating with the introductions of fast foods and the like. However, for a typical meal one could find themselves enjoying course after course of French delights.

5. Madamoiselle or Madame? / Miss or Mrs?

It doesn’t matter if she is 18 or 180 years old, if she isn’t married, she is mademoiselle. The French culture hasn’t an equivalent for the anglophonic ‘Miss’ as of yet, so a woman is either considered married or single when it comes to addressing them with a title. Madame being for the wives and mademoiselle for the unwed. 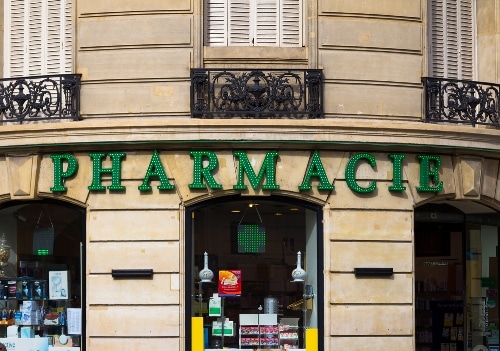 Aside from bakeries (boulangeries), if there was one industry that could be found on every street in France it is la pharmacie. Health is taken very seriously in France where they believe their standard of care to be unrivaled by most of Europe. During the winter, layer upon layer is worn in an effort to combat the dreaded flu (grippe). The neon green crosses synonymous with French pharmacies laden the city districts or en Français, les arrondissements, storing medicines, hygiene products and even zimmer frames. They are EVERYWHERE. 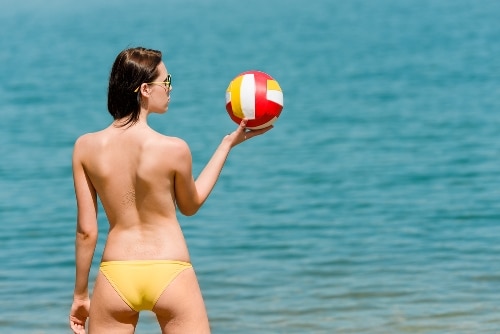 Like Europe in general, there is a more relaxed attitude toward the human body than most other cultures would dare encourage. Without knowing, one could find oneself stunned at the topless woman advertised on a central billboard. Even TV commercials are known to show men and women smooching underwater in the nude to promote the latest French deodorant. It can take a little getting used to at first, but soon enough nudity becomes a normal part of the French city backdrop.

Then there is the beach, where of course designated naked areas can be found, but even at the local plage (beach), sun bathing boobs are a regular occurrence.

So don’t be shy when taking to France, because perhaps they know breast when it comes to celebrating the human form. 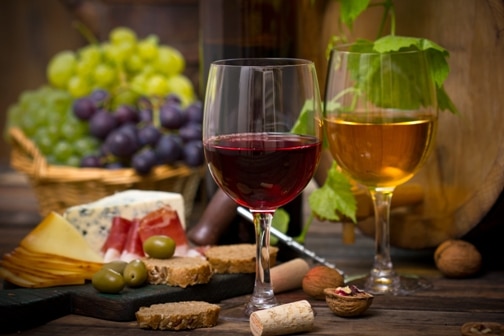 With any western culture, drinking is a celebrated social activity, but with each nation, comes their own unique habits and philosophies. Of course, you will find slurred French in the bustling night life districts of Paris and Marseille, but as opposed to the “drink to get drunk” ethos of other countries, France takes great pride and enjoyment in the savoring of alcohol.

Again, taught from a young age, French learn to appreciate the taste of alcohol rather than knock back the cheapest bottle from the supermarché (supermarket). Until 2009, it was legal for minors aged 16 and above to purchase and drink both beer and wine (legal drinking age in France is now 18). Even today, although illegal, it is not uncommon for a person of this age to be offered a glass with dinner. An introduction into the appreciation of the drink, over its effects.

However, this restrained mentality is shifting toward a more American/British method amongst youngsters, with the term beuverie express being coined as the French equivalent of “binge drinking.” Nonetheless, expect to enjoy good wine in France and often at a steady pace. As for good beer, it can be sought after, but is far less important in the realm of French drinking and would usually be imported from Belgium or Germany.