What Does the French Alphabet Look and Sound Like? Learn the French Letters, Accents and Pronunciation Here

How often would you use the French alphabet throughout daily life in France?

It’s not just for singing at pre-school.

You’ll need to use and pronounce the letters of the French alphabet every time you spell your name to a receptionist, give out your email address, listen to a store clerk when they tell you what aisle to find a product…

Could you do all three of those things effortlessly right now?

If you’re not there yet, don’t worry. The French alphabet is completely learnable, and this guide is just what you need to get there.

In fact, the French alphabet looks very similar to the English alphabet, but there are a few essential differences.

While there are 26 letters in the French alphabet, there are five additional accent marks that can be applied to change the sound of the letter. Plus, some French letters are extra easy for native English speakers to mix up, like J and G.

We’ll walk you through it all, since the French alphabet is so important for learners to know.

Why Learn the French Alphabet?

It’s the foundation of all French pronunciation

You will probably be aware at this point that the French pronounce their words differently than we do in English, and what look like familiar letters can often trip you up—unless you know your alphabet.

The differences between French letters with and without accents can also completely alter the meaning of a word, so you should learn those variations in sound as soon as possible.

It’s a great way to practice your accent

With good pronunciation comes a good accent in French and the ability to talk more easily. Slowly focusing on the sounds of the alphabet will help you internalize the differences in sound and, as a result, make complete words a lot less of a tongue twister later down the road.

Taking the time to run through the French alphabet before you begin each lesson will act as a great verbal warm up, and give you time to adjust to the new way of speaking.

It will help you with spelling

Mastering the alphabet in French will make writing and reading more of a breeze. Hearing the sounds of each letter makes dictation and writing exercises more manageable.

Combinations of French letters often form unexpected sounds, so if you want to really hone your spelling, it pays to have a solid understanding of the French alphabet.

The ABCs are possibly one of the simplest parts of learning the French language, yet also one of the most important. By approaching it like any other element of the learning process, you’ll be able to more easily make the link between speaking, writing and reading down the line!

What Does the French Alphabet Look and Sound Like? Learn the French Letters, Accents and Pronunciation Here

What Are the Letters of the French Alphabet?

All 26 French letters are below (if you’re a native English speaker, they should look very familiar) alongside an approximate phonetic spelling for how to pronounce the letter. Many of these letters require sounds that don’t quite exist in English—especially the vowels—so after this French alphabet chart we’ve also included a video where you can hear each letter pronounced by a native speaker.

Following the video, you’ll find the accent marks in French.

What Are the French Accent Marks?

5 Valuable Tips to Learn the French Alphabet Like a Native

1. Practice Daily with a Pronunciation Guide or French Alphabet Song 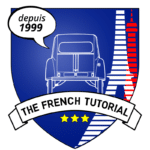 First things first, you’re going to want to find a pronunciation guide that really goes into detail, and I recommend The French Tutorial. While you don’t need to take weeks focusing on the French alphabet, you do want to ensure that you get the basics down and locked in your mind.

Start by learning the names of each letter, which are found in the “Alphabet” chapter. Similar to what we just covered above, you’ll get audio with native pronunciations for each letter.

Beginning your lessons by reading and then reciting the alphabet will make memorization much easier and get you in a great learning habit.

A French alphabet song or chant can also help with the memorization process. That’s why so many people learn their native language’s alphabet through song.

While lots of French alphabet songs are directed at children, they can actually be really useful in the learning process. YouTube has plenty to offer on this front—check out this bouncy one from Vocabzone.

This video from Alain le Lait is also worth listening to if you want a non-traditional tune.

2. Listen to How Consonants Sound at the Start and End of Words

Consonants in French can be pronounced in any number of ways, depending on where they fall within a word. While consonants within the French alphabet don’t tend to be pronounced dramatically differently, they can alter depending on the word in which they’re used.

Many consonants at the start of words are sounded out, while others at the endings are not. Choose a new letter each week, and source a list of words which include that letter at the beginning, in the middle or at the end of the word. Use a French dictionary to hear the correct pronunciation of your words, and notice any differences in pronunciation based on the letter’s location within a word.

For example, in most scenarios, “d,” “x,” “s” and “t” are silent when they appear at the end of a word, which gives French pronunciation its trademark soft ending. Un rebond (a bounce) is spoken without stressing the final “d”—listen to a native pronunciation here. Compare this to un calendrier (a calendar) where you can clearly hear the “d” pronounced in the middle of the word. 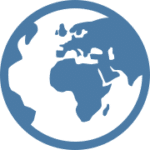 Taking the time to understand how French letters work within words might take a little getting used to, but will be essential to your progression in French.

If you’re not sure where to begin, there are many digital resources which run through all the types of consonants, and how they can be used within words. 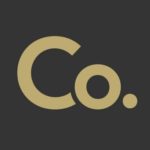 The site Language Guide does a good job of running through some of the more unusual sounds, linking to audio files and example words.

ThoughtCo has a slightly more rigorous page for consonants, going through each letter in turn. Just click on the letter you want to learn about and listen to all of the variations in pronunciation.

3. Pronounce Vowels with Each Accent in Turn

The pronunciations of different letters in French are indicated by the presence or absence of different accents. Accents often transform the sound of the letter, and are an essential part of the French language. Luckily, there are tons of guides out there to make your life a little easier.

Often, very little marks the difference between certain accents, and attuning your ear to the sounds will stand you in good stead for the future. Learn French with Vincent has a particularly useful video, which uses a single letter to explain the differences between each accent.

If you want a written guide to take away, however, The Grammarist is a great site to make a part of your learning routine. The site focuses on phonetic spelling in order to mark the subtle differences, and also names the different accents.

4. Focus on a New Vowel Pairing Every Week

French uses a huge variety of different vowel pairings to produce a number of different sounds. Many pairs turn up time and time again, so they can be learned by heart. Once again, The French Tutorial is a fantastic resource for lessons like these, as it contains a list of the most common vowel pairings and audio clips to prompt good pronunciation.

While certain pairings are easier to remember in French, there are others which take some getting used to. The letters “ai,” for example, take on a different pronunciation in French than in English, and are spoken as more of an “ay” sound than anything else. Une maison (a house), for example, sounds more like “une may-son,” and it’s very important to remember this difference.

Choose one vowel pair to focus on each week. Along with formal practice and online exercises, also look for words containing that vowel pair in authentic content—like news articles, TV shows and on Facebook.

Remembering vowel pairings is something that will come with time, so don’t worry if you’re struggling to remember the different sounds when you first start out.

5. End Your Lessons with Phonic Exercises and Games

As with all parts of French, mastering the French alphabet is best done over time. No one expects you to remember everything after hearing the French letters just a few times, so don’t sweat it! When you’re in the process of learning, however, it’s worth following up technical lessons with interactive activities and games in order to test everything that you’ve covered.

You could also end your weekly language exchanges with a few fun minutes of spelling! Spell a few words to your partner and see how you do, and then swap turns and write down a few words as your partner spells them to you.

Learning your French alphabet is one of the first and most important things that you do when taking on the language. Trust me when I say that it pays to give French letters enough attention from the start. It naturally forms a sturdy base from which you can branch out into reading, writing, listening and speaking down the road.