Are you a Francophile?

In other words, are you interested in and intrigued by anything and everything related to France?

A true Francophile doesn’t limit their study of French to just the country of France.

Which is why, if you’re considering going abroad to learn French, you should expand your search for places to go outside of France.

Why bother learning French outside of France?

The French language reaches beyond France

Although the language of French is native to France (beginning with Latin roots), it’s also the main language spoken in many other places. During years of sea exploration, colonization and the slave trade, there was much interaction between France and other countries and cultures.

As a result, ideas and cultural aspects such as religion, values and language were also moving from continent to continent. The French language, therefore, reached parts of the Caribbean and South America, Africa, North America and other island cultures. French landed and stuck in these places.

The French language is adaptable and diverse

Over time, the French language has adapted to the various places in which it was introduced. Obviously, French had not previously existed in the cultures to which it was brought. Local folks had to adapt the language to fit their culture and lifestyles, meaning that new pronunciation, vocabulary, slang and sensory descriptors emerged. The French language was molded, little by little, to fit its new environments.

Being willing to immerse yourself in French, therefore, opens up the possibility of experiencing climates and cultures different from what you may find in France itself. The mélange (mixture) of local culture and language with French culture and language in Francophone countries outside of France offers an incredibly rich learning environment.

While the French language is the main means of communicating in the places we’re about to look at, the local climate and culture (which in some cases existed there before the French language did) provide an alternative perspective and a deeper understanding of French history, as well.

The experience you’ll gain learning French outside of France will indubitably make you a more adaptable and seasoned French learner. Learning French in a place other than France can equip you with the ability to discuss French-language culture, politics, history, geography and unique speech patterns based on your personal experiences.

It will offer you more perspective and broaden your scope for understanding how the French language works in context, and how context affects the development of language.

The beauty of learning French, my Francophile friend, is that it opens up endless possibilities for exploration and world travel. Language is power, and sharing and strengthening that power in new cultures can be wonderfully enriching.

Want to expand your French-language experience to Martinique or French Guiana? Feel more drawn to speak with a bit of a Canadian twist? Eager to spice up your French-speaking palate in Morocco and Senegal? Hoping to boost your business French in Switzerland or Luxembourg? There’s more to France than just metropolitan France, and there’s certainly more to French than “proper” Parisian French.

Resources for learning French outside of France

Before we get into exploring some of the places where you can learn French outside of France, here are some sites you can check out for various study abroad options in some of the places we’ll talk about in this post (and some Francophone countries not listed here, too!):

A French département d’outre mer, abbreviated to DOM, is basically a French department not located in metropolitan France. There are five of these overseas regions, which fall under French governance and are considered part of the European Union (including the euro as currency).

Through constitutional provisions, these DOM have certain autonomies from France, but their official language remains French. (The DOMs of Mayotte and Réunion, both islands located in the Indian Ocean, are not included in this list, as they are relatively smaller and have limited access to resources compared to the following other DOMs.) 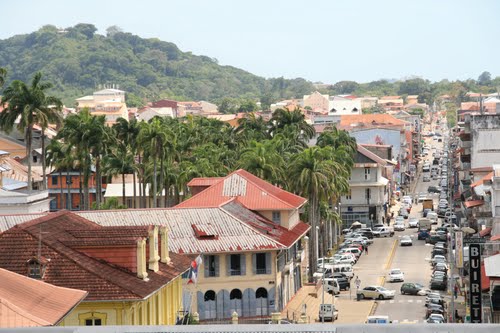 Lying along the northeastern Atlantic Ocean of South America, and bordered by Brazil and Suriname, French Guiana is just what the name sounds like: a French-language version of a South American-flavored country.

The population of French Guiana is a rich mixture of Creole, metropolitan French, Surinamese, Brazilians, South Asians and Chinese, among others. Given the melting pot that French Guiana is, the French spoken there can vary, but generally takes on traits of the Creole language, with strong vowel sounds.

The diversity found in French Guiana combined with the celebratory ways of the Guyanese makes learning French with all of your senses fabulously enjoyable. 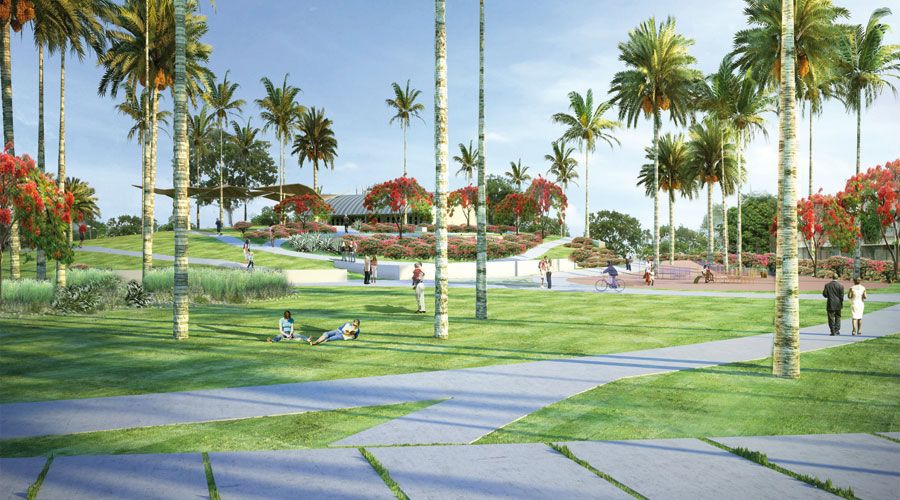 A small set of islands located in the Caribbean Sea, Guadeloupe’s tropical climate makes it (along with Martinique) a classic vacation destination for metropolitan French. As a result, the island maintains fairly efficient infrastructure in the largest cities of Les Abymes/Pointe-à-Pitre.

Guadeloupe is integral in French trade, as most of the bananes (bananas) and canne à sucre (sugarcane) grown on the island are exported to metropolitan France. Learning French in Guadeloupe, among the largely Creole population, comes with all the benefits of island life.

The sense of time in Guadeloupe differs greatly from that of metropolitan France, and your language development is all the better for it. A sip of local rhum (rum) certainly helps French roll off the tongue with ease… 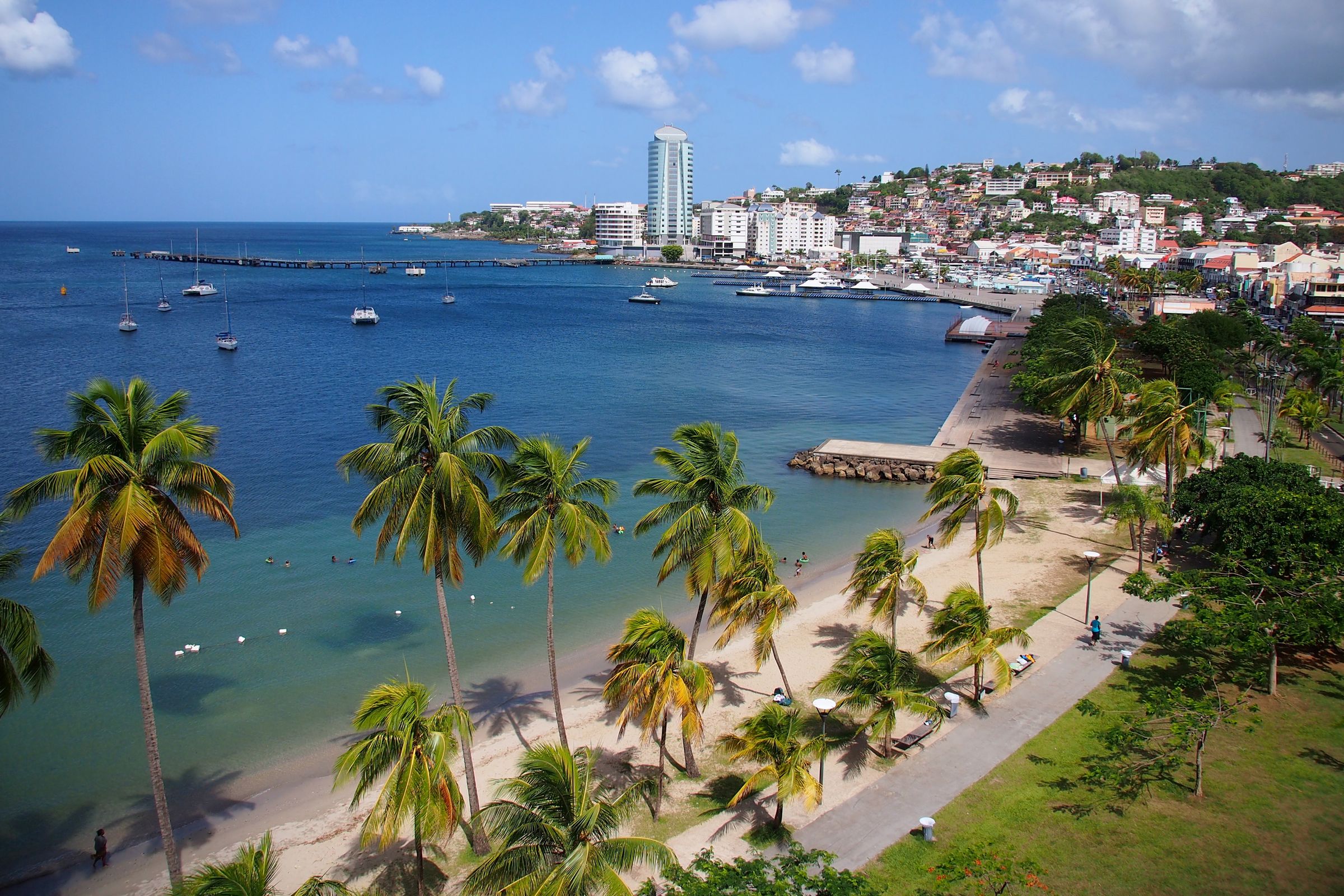 Located to the southeast of Guadeloupe, in the Lesser Antilles, Martinique offers perks similar to its French DOM neighbor. Smaller but more densely populated than Guadeloupe, Martinique’s rich volcanic soil is prime for growing tropical crops both for export and for local consumption.

Like in Guadeloupe, Antillean Creole is widely spoken in Martinique, and the accent and language spoken here is sometimes a fun French-Creole fusion. Learning French in an island environment means that the French is less business-centered and more social, so sunny, green Martinique is a charming place to take advantage of this opportunity!

A Francophone country is any country that speaks French as one of the official (or primary) languages. The presence of the French language in non-European Francophone countries especially is a direct result of French colonization and expansion that began in the 16th century. French remains an officially recognized language of the following countries, making them optimal for learning French hors de France (outside of France). 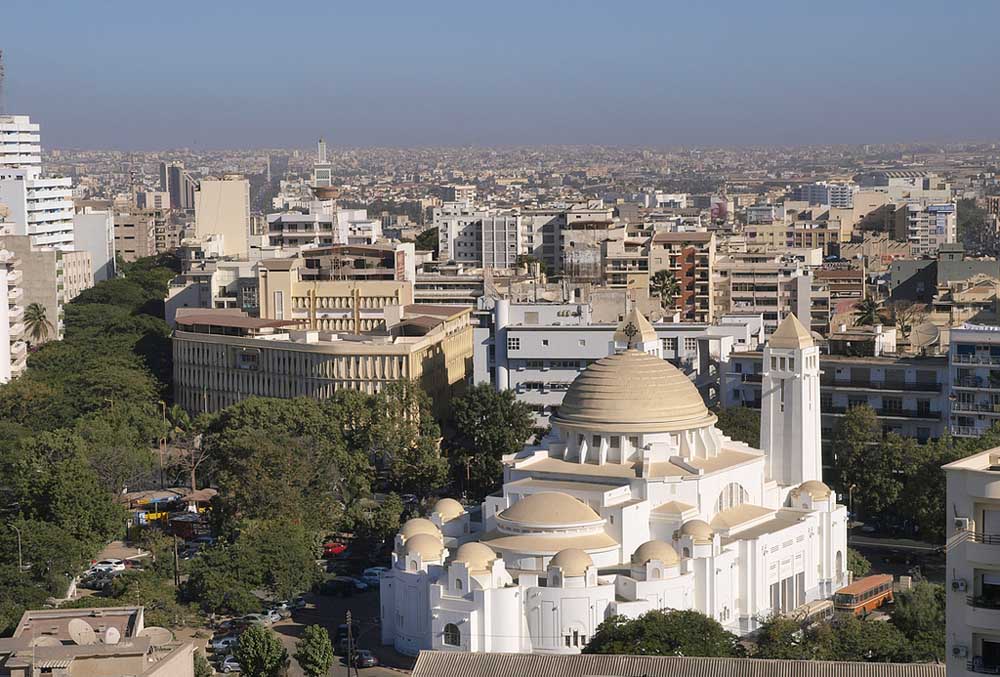 The city of Dakar, Senegal is the westernmost city on the African continent. Both literally and metaphorically, Dakar is a hub of activity and cultural richness. Up until 1960, Senegal was a French colony, and while French is the official language, Wolof and Arabic are equally as common.

The city of Dakar is bursting with active arts and music scenes, delectable varieties of African-fusion dishes, and a population always eager to share food, song or words. French flair is very much alive in the French language of Senegal, but French spoken in Senegal is a bit slower than any French you’ll hear in mainland Europe. The accent is light but reflects the rhythmic influence of Wolof, the local dialect. 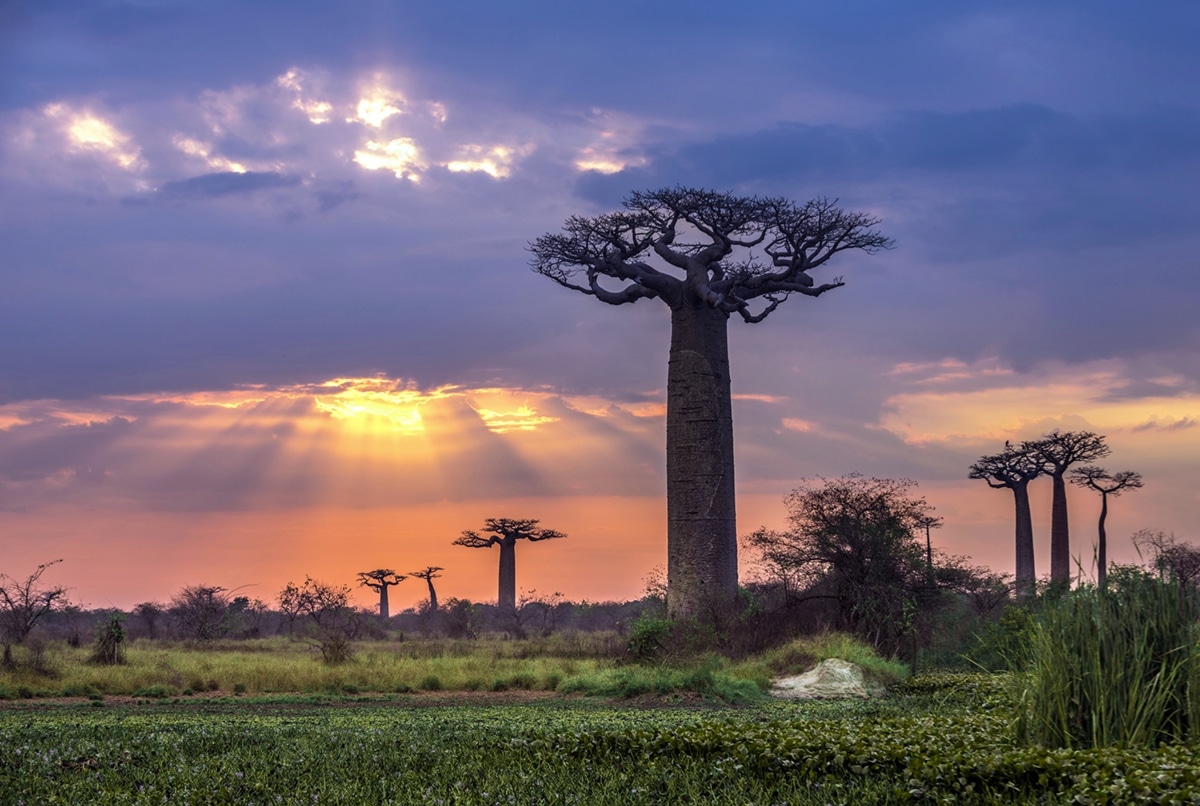 Just off the southeastern coast of South Africa, the island country of Madagascar is sometimes called the “8th continent.” Dubbed so because of its unique biodiversity and high number of indigenous species, Madagascar is an incredible place to learn French while exploring the variety of plant and animal species on the island.

Although local dialects and Malagasy are spoken in smaller villages, French is officially recognized. In larger cities, French is used in business and tourism and is a sign of formal education. 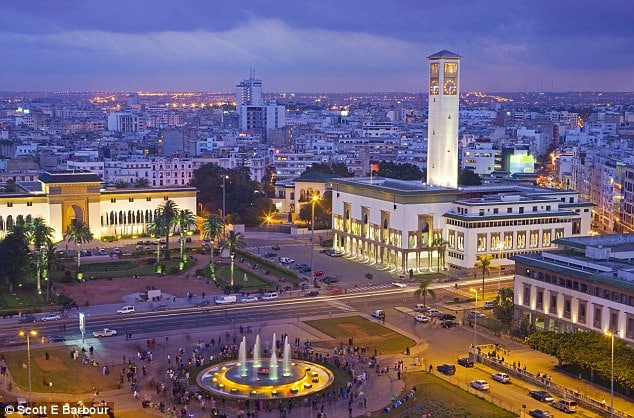 Located just south of Spain in the northwest corner of Northern Africa, Morocco became a French protectorate in 1912 and regained independence shortly after in 1956. As an Islamic country, the culture and lifestyle in Morocco centers around religious practice and shared community meals. The capital city of Rabat and other larger urban centers like Marrakesh and Tangiers offer deep and diverse cultural learning.

Although Arabic is spoken by nearly two-thirds of the population, French is second most common and you’ll have ample time to practice around a perfectly seasoned tagine (a traditional stew-like meal cooked in an earthenware dish). 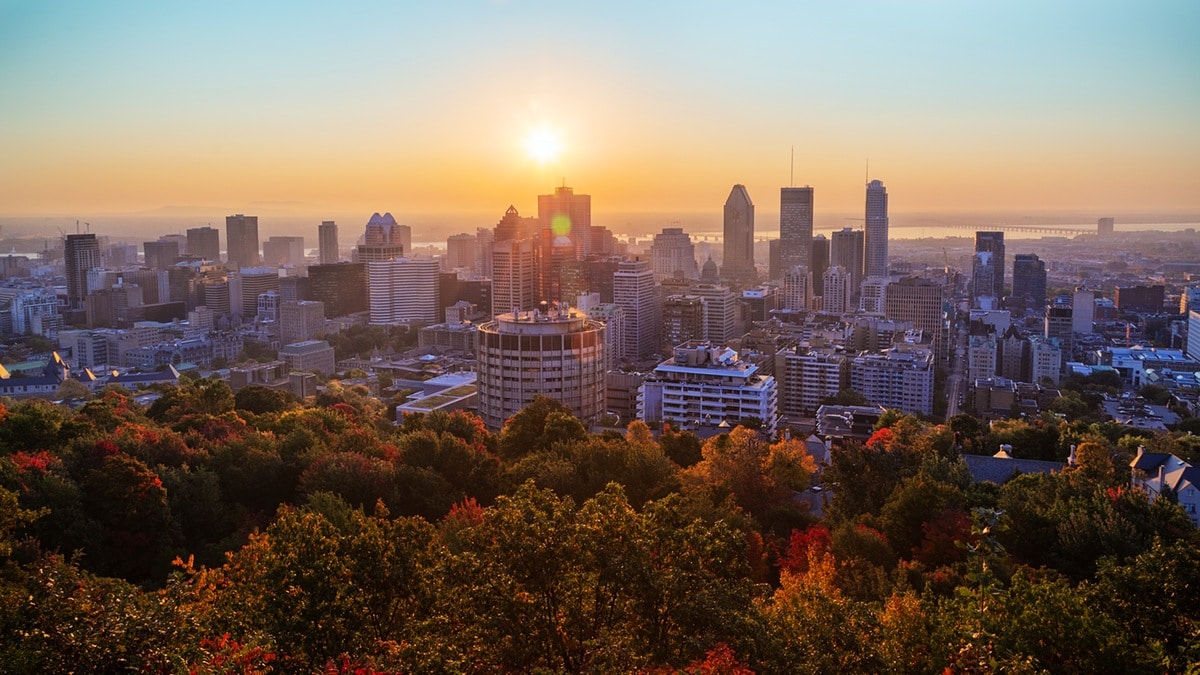 O Canada! Its proximity to the lower 48 states can make practicing French here a bit more economical for Canadians and Americans. One is more likely to hear French in the more southeastern cities of Montreal or Quebec City.

There is, without a doubt, a strong French Canadian accent; some find it a bit more sharp or nasal compared to that of metropolitan French or slower island or African French. Canada is a great place to learn French if you’re not as eager for more remote learning in a less-developed country. 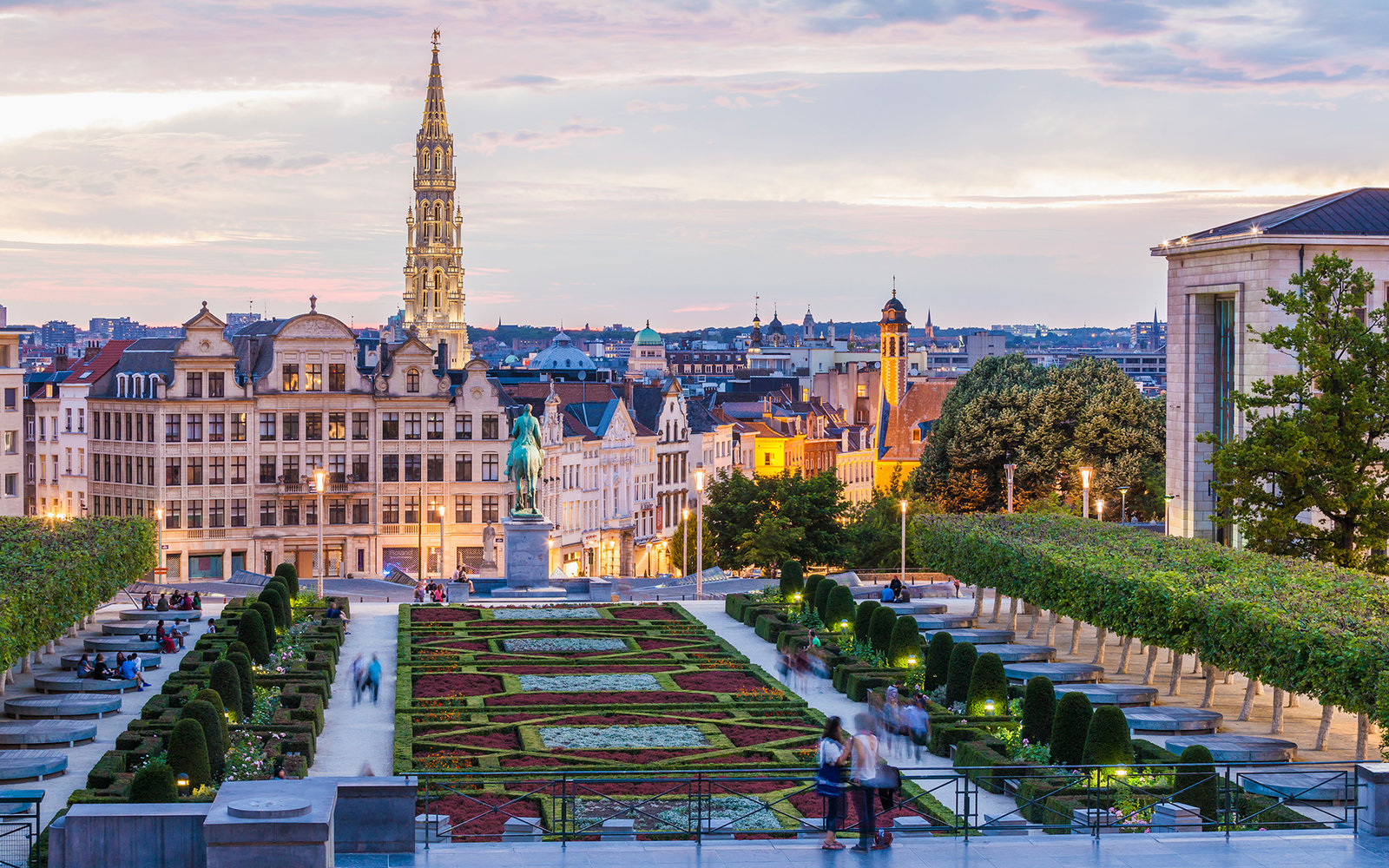 Tucked to the northeast of France, Belgium is naturally a country in which the French language transcends borders. Belgium is made up of a French-speaking population primarily found in the south and Flemmish/Dutch speakers residing more in the north and northeastern part of the country.

The capital city of Brussels is mainly French-speaking, and offers opportunities to experience a bit of both language cultures, perhaps over a gaufre au chocolat (waffle with chocolate) or moules frites (mussels with fries). 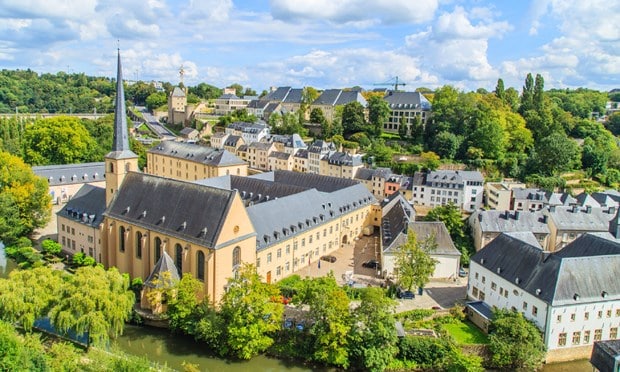 Landlocked between France, Belgium and Germany, Luxembourg straddles the line between the Germanic and Romance language communities of Europe. The three main languages of this small country with great national pride are Luxembourgish, German and French.

German and French are the main languages of administration and business, as the country has a bustling banking and finance sector. As a result of the coexisting French and German languages, the French accent in Luxembourg has a twinge of German intonation and throaty-ness. Be warned: Luxembourg is a more expensive place to live and learn French (although speech is free!). 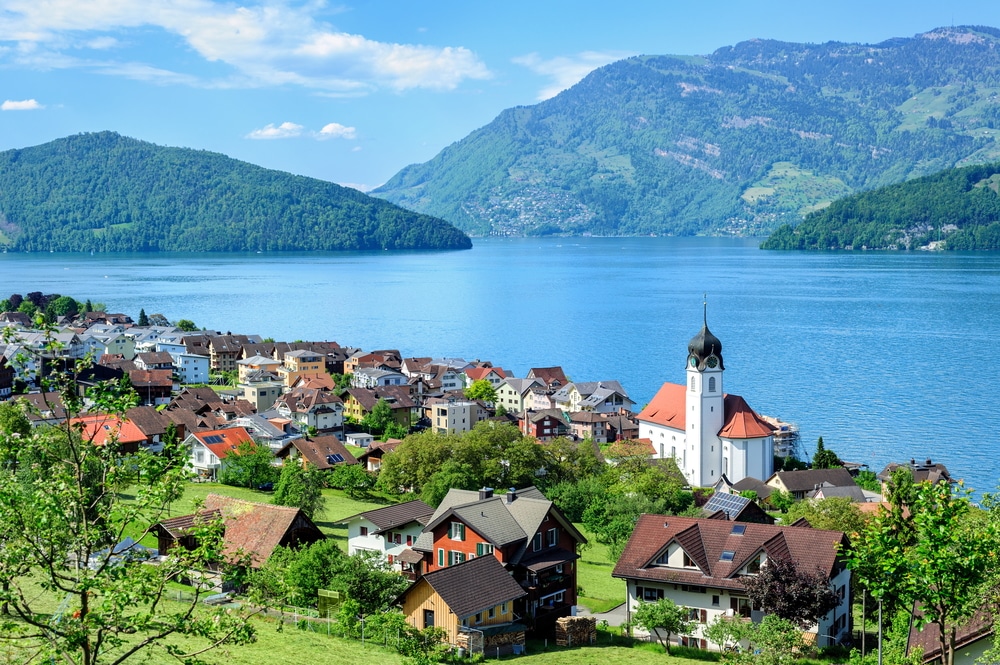 Landlocked to the southeast of Luxembourg, Switzerland boasts the majestic Alps, idyllic rural pastures and serene alpine lakes. Although these are all stereotypical Swiss images, most of the population lives in cities, such as Geneva, Bern or Zurich, that are known for being wealthy centers of commerce.

Due to its location, one can find French, German and Italian all spoken in Switzerland. Like Luxembourg, though, the cost of living is higher here, and French generally fills a more business-oriented role. Watch out for a different number system in Swiss French!

The best place for your French learning is out there, and learning French is more than just speaking the language.

It’s one thing to talk the French talk, but you should enjoy walking the (Francophone) walk, too.

If you can’t get down with the culture(s) whose language you’re learning, you’ll never feel inspired to get out and practice speaking.

So, go exploring and learning. “Explearn” away!