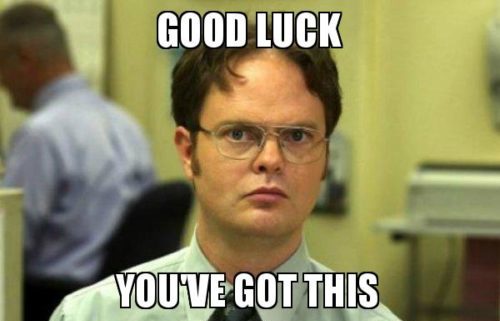 Have Got vs Have: Subtleties of the English Language

“Do you understand British English or just American English?”

This was a question my friend asked me in fifth grade, and I didn’t know how to answer.

Up until that point, I didn’t even realize there was a difference between American and British English. It’s the same language, isn’t it?

As it turns out, there are some differences in the English language, depending on where it is being spoken.

When my friend asked me about this in elementary school, I didn’t know the answer. In this article, we’ll help you nail down one example of a term used differently in American and British English to get you started: have got vs have.

By the time you’re finished reading this article, you’ll fully understand how and when to use have got and have.

No one should be as clueless as I once was!

What Do Have and Have Got Mean?

Before we get started on tackling the differences between have got and have, we need to know what they each mean.

Merriam-Webster Dictionary defines have got as: “have — used in present tense situations, usually in informal writing and in ordinary speech.”

The definition of have is a little longer. In fact, there are several meanings for the word have.

Later on, we’ll go through each definition more closely and discuss whether or not have got can replace have in each situation.

The quick answer is that have got means the same thing as have, but as you’ll see, it’s a little, but not much, more complicated than that.

How Have and Have Got Are Used in Different Countries

English is just one language, but there are many differences in how countries around the world speak it. Almost 70 countries speak English in one way or another.

Have got is commonly used in some countries, but other countries are more likely just to say have. This may seem strange to you, but these differences in language happen all the time.

The term have got is often used in Britain, but Americans and Canadians are more likely just to say have.

You will hear have got used in American English for added emphasis, though. It could emphasize the arrival or acquisition of something:

Or it could be used to emphasize the necessity or urgency of something:

Keep reading for more help with when and how to use have and have got.

Formal or Informal? Using Have vs Have Got in Different Contexts

No matter what country you’re in, not everyone uses have got all the time. This is because of another variation within the English language.

Language can be formal or informal. There’s a good chance your native language also has some words that change to become more formal. English is no different.

You might use formal language when you’re meeting someone new, talking to someone older than you, interacting with an authority figure, or just trying to be polite. It’s much more common in business and academic settings.

Have got is generally considered to be informal. In contrast, just saying have is appropriate for formal and informal occasions.

In informal speech, you’ll often hear have got used as a contraction. Instead of saying, “I have got a cold,” someone might shorten it to “I’ve got a cold.”

If you make a mistake with formal or informal speech, people will still understand you. But learning the difference can make you sound more like a native speaker.

Quickly Master Have Got vs Have in English

When Can You Use Have Got Instead of Have?

So, when can you actually use have got instead of have? Here’s a list of situations where have and have got are both correct.

When Is It Incorrect to Use Have Got Instead of Have?

The examples above were all in the present tense. You cannot use have got to replace have in the past tense:

You also can’t replace have with have got in future or recurring situations:

Using Have Got and Have in Questions

You can also use both have got and have in questions.  In order to form a question using have got, you may need to break up the words. Instead of adding got right after have, you’ll put the subject in between.

One situation where you can’t say have got in a question is when have is paired with do. Let’s take a look:

However, in some cases, you don’t need to break up have and got in a question.

Negative Form of Have and Have Got

Now let’s take a look at using have got in the negative form. This would be worded as have not got and is more often heard as the contraction haven’t or hasn’t got.

If you’d rather use have instead of have got, the negative examples change. Instead of saying has not got you’ll say does not have.

But the above examples may sound overly formal and are not used as frequently. Instead, the more common form of have in the negative sounds like:

While English might be English, you’ll find slight differences in how it is spoken both informally and formally as you encounter it around the world. As with every dialect, different regions and countries have their own colloquialisms and formal forms of the language. This is part of what makes learning languages so interesting!

Now that you can check off the difference between have got vs have, you can continue learning and practicing some of the others. FluentU is an excellent resource for this very concept.

Give it a free try and see for yourself!

If you like learning English through movies and online media, you should also check out FluentU. FluentU lets you learn English from popular talk shows, catchy music videos and funny commercials, as you can see here:

If you want to watch it, the FluentU app has probably got it.

The FluentU app and website makes it really easy to watch English videos. There are captions that are interactive. That means you can tap on any word to see an image, definition, and useful examples.

For example, when you tap on the word "searching," you see this:

FluentU lets you tap to look up any word.

The best part? FluentU remembers the vocabulary that you’re learning. It recommends examples and videos to you based on the words you’ve already learned. You'll have a truly personalized experience.

Start using FluentU on the website with your computer or tablet or, better yet, download the FluentU app from the iTunes or from the Google Play store.