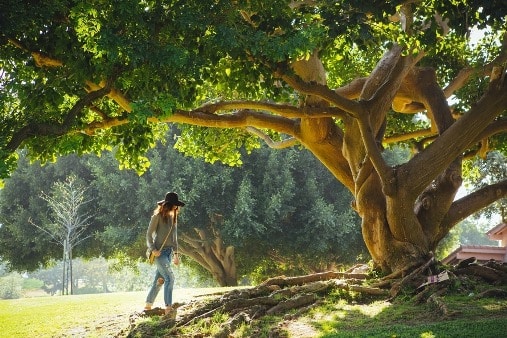 How do you feel about shortcuts?

How do you feel about adding thousands of words to your English vocabulary by learning just thirty little pieces of words?

If your answer to these questions is “I feel awesome about that!” then you should definitely continue reading.

You’re going to learn how to immediately understand the definitions of words that you’ve never seen or heard before. You can magically know definitions like this by studying and memorizing some very basic little elements of English.

That’s right—by learning thirty short and simple pieces of English words, you can unlock an understanding of thousands of words.

Your comprehension of English will improve immediately!

It doesn’t seem possible, but it’s true. Here we’re going to talk about something cool called a word root, which makes this shortcut to learning possible.


How to Boost Your English Vocabulary Instantly with Word Roots!

First, we should talk about what “root” means.

A root is the basic unit of a word.

Linguists, scientists who study language, refer to the root as the base or foundation of a word. If you really think about it, the name “root” makes sense. A real, literal root is the base of a tree, connecting the tree to the ground. The root of a word connects that word to some meaning.

To learn about other parts of words and their relationships with roots, check out this informative page. Here, we’re only going to focus on the roots.

Why Are Roots Important for English Learners?

1. By knowing one root, you can know many words in English.

So when you see words that include “port,” like transport, portable, teleportation, deport or export, you know these words have something to do with “carrying” or “moving.”

2. You can learn other languages more easily too, not just English!

By studying roots, you’re opening your brain up to understand many other languages, not just English.

Second, most English word roots come from another, older language that it evolved from. In this post, all the roots we’ll show you are Greek and Latin. Since Greek and Latin are also connected to other modern languages, you’ll be able to learn languages such as Spanish or French at a faster pace.

You’ll better understand all these topics because the many word roots for modern sciences and studies come from Greek and Latin.

4. You’ll learn to think “systematically,” which will improve your study skills.

Thinking “systematically” means that you’re thinking about how things work, how processes work and the relationships between things—in this case, learning about word roots will teach you to think systematically about words and language.

Latin and Greek, where many English word roots come from, are both very systematic languages.

5. Your grammar will improve.

Learning word roots from Latin and Greek helps you understand the origins of English grammar and spelling. So, by learning these, the forms and patterns of English will become clearer to you.

6. You’ll learn about the history of English.

I’m not sure if you’ve heard the news, but Latin died a long time ago. A dead language is a language which is no longer spoken. However, pieces of Latin still survive in modern English and other languages. Greek isn’t dead, but it has evolved quite a lot since ancient times.

If you aren’t sure that you want to memorize hundreds of roots, then memorize just these 30 roots. These are some of the most useful and common roots that you’ll learn!

You’ll see these popping up everywhere in words you do know and words you don’t know. If you wouldn’t have had any idea what they meant before you had learned the roots, then you’ll see the value of learning roots. I am, like, seriously excited for you.

Psychology (the study of the mind)

Structure (parts or pieces built into something complex)

Vacuous (having an empty mind, not thinking)

Megaphone (a large device which makes your voice louder)

Monochromatic (having only one color)

Malevolent (wanting to do bad or evil things)

Marina (a port or harbor for boats and ships)

Manicure (a treatment to make your hands look clean, neat and polished)

Mortician (someone who prepares dead bodies to be buried)

Transatlantic (something which crosses the Atlantic Ocean)

Vociferous (loud, someone who speaks loudly or talks a lot)

Aquarium (a tank of water where fish are kept as pets)

Chronological (organized by time of occurrence)

Biology (the study of living things)

Theology (the study of religion)

Telephone (a device used to talk with other people)

Visible (able to be seen)

Automatic (happens on its own)

Polyglot (person who can speak many languages)

How to Use Roots to Form and Understand English Words

Now that you have a list of great roots to memorize, you’ll need a list of the most common prefixes and suffixes to go with it.

Prefixes and suffixes are two things that can be attached to roots to form words.

Suffixes can be attached at the ends of roots to change either the definition or the part of speech (noun, verb, adjective, etc.) of the word. So, suffixes can change verbs into nouns, nouns into adjectives, and so on.

To create words you put a root together with either a suffix or prefix. Examples:

Now you might think these are funny ways to define the words “photograph” and “reflect.” This is because using Latin to define words means that you’re using very direct, literal translations.

However funny these translations might sound, there’s always a clue there that shows what the true meaning is in English.

The Matching Game for Practicing English Roots, Suffixes and Prefixes

Play this with a partner to see who can earn the most points!

a. Make flashcards of the roots, suffixes and prefixes you want to memorize. You’ll also need a dictionary.

b. Mix up the flashcards into two groups, keeping suffixes and prefixes together in one group with the roots in another separate group.

c. Place the two groups in two separate piles face down in their separate groups. You’ll now have all the roots on the right side and prefixes/suffixes on the left side.

d. Pick a card from each group and turn both cards face up.

e. Form a word and write down what you think the definition should be according to the meaning of the root and the suffix or prefix you chose. Also write down whether you believe it is or isn’t a real word in the English language.

f. Once you’ve made your two guesses, look the word up in the dictionary to see if it really exists. If it does and the meaning you guessed is correct, then two points for you! If it’s not a real word, but you got the root and prefix/suffix meanings correct, then one point for you.

So there you have it, folks.

You’ve got a great guide to English word roots and how to use them!

Get out there and start understanding more English than ever.