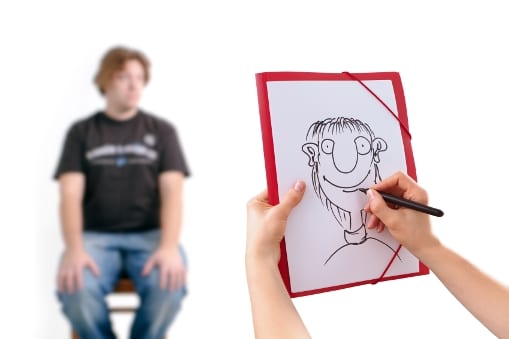 How would you describe yourself?

If that seems like a difficult question to answer, it’s okay!

Even native speakers sometimes find it hard to talk about themselves in English.

Describing yourself is really just telling people what you’re like.

You might even say where you’re from or where you work.

There are many different ways to describe a person!

Whether you’re describing yourself or someone else, knowing what some of these different ways are can be a big help.

Even outside of everyday conversations, it’s very useful to know how to describe people. Descriptions are used a lot in books, in articles and in other kinds of communication in English. Reading or hearing a description of someone can give you a better idea of what they look like or act like.

What Are the Different Ways to Describe People?

Let’s say you want to describe a friend, a family member or a boss. You will probably use a few kinds of information.

Appearance is what someone looks like on the outside.

Mannerisms are the ways that someone acts or behaves.

Character traits are the little things that make someone who they are. In other words, they make up someone’s personality.

Emotions are what someone feels at a certain time.

In this post, we’ll go over useful vocabulary for describing all of these.

You will see this vocabulary used a lot in conversations and online.

Some ways of describing people are polite and respectful.

Take the compliments in this video, for example. A native English speaker drives around town saying nice things to people about the way that they look!

If you don’t understand any descriptors or other words in that video, don’t worry—it’s available on FluentU, which means that it comes with clickable subtitles, vocabulary lists, flashcards and fun quizzes. Sign up for a free FluentU trial to watch that video (and thousands of other authentic English videos) with all the learning features).

Of course, other ways to describe people can be considered rude.

For example, saying someone is full-bodied or curvy is nicer than saying that they are fat. However, if you have to think of a nicer way to say something, maybe it’s better not to say it at all.

Use judgment and common sense. Think about how you would feel if you heard someone using the same words to describe you.

To describe someone’s appearance, you will often use adjectives. An adjective is a kind of word that describes a noun (a person, place or thing).

Here are some words and phrases you can use to describe a person’s appearance.

Some of them are synonyms, or words that mean almost or exactly the same thing. Knowing more than one way of saying something is very helpful when describing people.

Someone’s mannerisms are the way they act or speak. When you speak, do you move your arms a lot? Do you touch your hair or bite your lip? All these things are mannerisms.

Since mannerisms are usually actions, they are often described by phrases with verbs (action words).

Here are some common mannerisms you might use to describe people:

A person’s character is their personality, who they are on the inside. When you talk about someone, you might mention what they are like as a person.

Here are some ways to do that:

People’s feelings are always changing. You can be happy one moment, and then hear some bad news and become sad.

You always know how you feel, but it isn’t always easy to tell how someone else is feeling. You can look at how someone is speaking or even how they’re sitting to understand how they feel. When you’re not sure how someone feels, you can say they might be feeling something. You can also say someone looks like they’re feeling a certain way. These phrases show that you might be wrong.

You can use these words to talk about how someone is feeling, how they were feeling before or how they might feel in the future.

If you’re ever stuck trying to think of a different way to say a word, look it up in a thesaurus like this one!

A thesaurus lists both synonyms and antonyms (words that have an opposite meaning). It’s a great way to discover new words and more ways of describing people. Another especially good thesaurus resource is Visual Thesaurus, which is like a thesaurus that’s also a map. It shows you the connections between related words. This is great for helping you choose the very best adjective to describe someone.

So, how would you describe yourself?

Oh, and One More Thing…

If you like learning real-world English, you should also check out the FluentU app. Like the website, the FluentU app lets you learn English from popular talk shows, catchy music videos and funny commercials, as you can see here:

If you want to watch it, the FluentU app has probably got it.

The FluentU app makes it really easy to watch English videos. There are captions that are interactive. That means you can tap on any word to see an image, definition, and useful examples.

For example, when you tap on the word “brought,” you see this:

FluentU lets you tap to look up any word.

The best part? FluentU remembers the vocabulary that you’re learning. It recommends examples and videos to you based on the words you’ve already learned. You have a truly personalized experience.

We'll email you once a week with great tips for learning languages faster and more effectively.