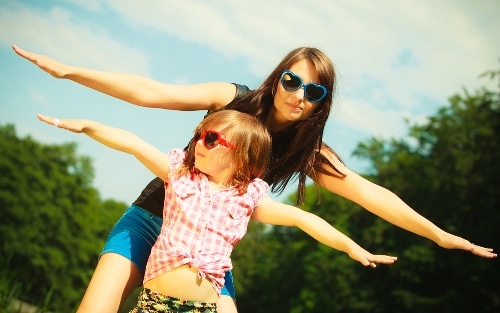 Get Moving! 4 Simple Yet Powerful Ways to Incorporate TPR into Your Spanish Lessons

Need a way to get your students out of their seats?

Want to help them prove that they understand every word you’re saying to them in Spanish?

(Okay, maybe not every word—at least not yet. Just the important ones.)

There’s a ton of research to prove that Total Physical Response (TPR) is one of the very best ways to teach Spanish to new language learners, so it’s time to hop on board.

And don’t be fooled: TPR isn’t just for little kids! Here’s how—and why—you should make the most of it in your Spanish lesson plans.

What TPR Is (and What It Isn’t)

The teaching technique of Total Physical Response was developed by Dr. James Asher of San José University. He spent the 1960s and ’70s observing early language development in children, particularly as they interacted with their parents to learn their first language in a totally natural setting. What he noticed above all was that children learned the language primarily through listening first, and that speaking came well afterwards. Babies and toddlers could follow directions long before they could talk, and he reasoned that the physical response—the “R” in TPR—actually played an important role in connecting abstract sounds to meaning.

One of the reasons that TPR is so effective is that different parts of the brain are used in language learning. Speech and language comprehension are separate functions, so you can actually overload a student with all that listening and repeating that so many language teachers do (it’s probably how you were taught!).

Instead, getting students to use their bodies to respond to words is a way to build comprehension without asking them to say anything at all. This allows students’ brains to map out the meaning of a language before they have to produce it, which mimics how the brain naturally intuits a language.

TPR is a technique that asks students to experience a language before using it. This is done physically, by following directions or acting out words before ever saying them aloud. It works just as well for teen and adult learners as it does for children, because it’s based on harnessing those separate brain areas—not on developmental activities that are meant only for toddlers and preschoolers. TPR isn’t a single game or activity, but more like a way of approaching your instruction.

If you’re not quite sold on giving TPR a go, consider these benefits:

Before you dive into adding these activities to your lesson plans, it’s important to remember that the best TPR activities aren’t splashy projects designed to wow parents at an open house evening or have your kids performing Spanish plays in just two weeks.

The beauty of TPR is that the activities are incredibly simple, and they give your students a chance to absorb the language in a natural way, without feeling pressure to perform. You may even find that you’ve been doing some TPR all along and never even realized it!

TPR creates space in your lessons for the building of crucial listening skills, so feel free to explain to a confused administrator or evaluator the value of these activities if you get any pushback about kids not talking enough.

Ready to get started? Try these classic—yet totally timeless—TPR activities on for size:

The Basics: Start new language learners off on the right foot by teaching basic classroom commands before you do anything else. They’ll know what you expect when you give instructions in the target language, and they’ll be able to show what they know by following orders instead of speaking right out of the gate. This is classic TPR in its purest form.

The Basics: Teaching weather doesn’t have to be dull, and it’s easy to add vocabulary in a natural way as it comes up on a daily basis (instead of having students memorize a list of vocabulary). Add a simple hand motion for each type of weather to solidify vocabulary.

Don’t worry if you end up saying the same words every day for the first month of school. Eventually it will get colder and the weather will change, so trust nature to take its course as your students absorb this vocabulary as part of your daily warm-up routine. As students grow comfortable, you can begin to ask them individual question about the weather instead of relying on group responses.

The Basics: Because TPR is based on logical actions and responses, verbs are perfect to teach using this method. Before you hand your students a list of their first -ar verbs to conjugate, have them act out new words first to internalize what they mean. It’s best to go with whole-body, realistic motions here—the bigger, the better! Before you know it, they’ll be calling out the words that go with those actions.

Ways to Play: As you did with commands, model the words and the physical action and have students imitate you. Then practice having them respond to the words you say to show they recognize the new words. You can easily add Simón Dice and Charades to the mix as well.

The Basics: Learners of all ages enjoy naming animals, and you can help your students pick up new vocabulary with lightning speed by having them act like the animal you say. In addition to the name of the animal, teach them the Spanish onomatopoeia for each one, and you’ll add a layer of culture into your lessons as well.

Ways to Play: As always, introduce your vocabulary by modeling the behavior the animal makes, this time adding the Spanish word for the sound it makes in the most imitative way you can. All of the games you’ve put in place (Simón Dice, Charades and Pictionary) will work here as well.

Once you get your students hooked on TPR, you’ll be able to get them excited about all sorts of Spanish vocabulary—and maybe even grammar! No guarantees on that last bit about the grammar, but that’s the beauty of TPR: When you trust in students’ ability to internalize language through action, you can spend less time on the kill-and-drill activities that turn so many budding learners off to Spanish. So have fun, get creative, and get your students moving!

Elizabeth Trach teaches Spanish in a public elementary school in Brookline, Massachusetts, where she co-authored the district’s original K-5 Spanish curriculum. She’s also a professional writer and editor. Find out more about her work and get in touch at The Blogwright.