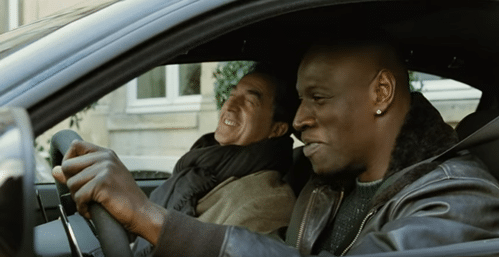 4 French Dialogues for Students That Go Way Beyond Vocab

You’re in the right place.

Simple dialogues are a fantastic way to get students interested and involved in speaking French, but as they grow more advanced, speaking and listening exercises can become about a lot more than practicing vocabulary words.

Dialogues can help students grasp the differences in rhythm and register between their native language and French, key factors in ensuring that they reach true fluency.

While dialogue exercises are particularly great for intermediate or advanced learners who are already comfortable speaking in French, there’s no time too early to explore the nuances in and differences between English and French speech.

And of course, dialogues continue to be a great way of teaching vocabulary, too.

In this post, we’re going to take a look at some specific dialogue audio you can use in your French classroom, along with accompanying exercises.

I recommend that you use the dialogues below with students that are at least at a B1 or B2 level in French, but you can easily adapt these lessons to use with your beginner learners, too.

To that end, before we look at these dialogues, let’s look at some great resources you can return to again and again for reliable dialogue material for your French classes.

4 Real-world French Dialogues for Your Students

As you probably already know, French rhythm is quite different from English rhythm, mainly because French doesn’t allow speakers to place tonal emphasis on words in order to signal their importance in a sentence.

I didn’t say she stole money from me.

This sort of tonal nuance is impossible in French: a native French speaker would be more likely to change the construction of the sentence or even add an extra word to convey the meaning that tonal emphasis would add in English.

Ce n’est pas moi qui ai dit qu’elle m’ait volé de l’argent. ​(I’m not the one who said that she stole money from me.)

​The above sentence conveys approximately the same meaning that tonal emphasis on the word “I” would have in English.

The reason it’s impossible to use tonal emphasis in French is because French already has a tonal rhythm that’s imposed on every sentence: French sentences have a gentle upwards tone as they continue, falling at the end.

​Je suis allé au supermarché, à la librairie, et au sport. (I went to the supermarket, to the bookstore, and to the gym.)

​A French speaker would naturally “uptalk” before each comma, finally allowing their voice to fall on sport.

This rhythm can be difficult even for advanced speakers to comprehend, so using dialogues by native French speakers as examples can help them get the idea.

​”Les Enfants du paradis” ​is a classic of French cinema, and it’s one of my favorite films to use to teach the rhythm of French dialogue. While some students may balk at first—after all, the film dates back to 1945—they’ll love it when you tell them why you’re using it: to teach them how to flirt in French.

Starting around five minutes into the movie​, you’ll see the classic flirtation scene between Frédéric and Garance. The give-and-take between them shows the ways in which the French language can build an ebb-and-flow, and the actors do a great job of showing how tone can show the other person if they’ve finished a thought or not. Frédéric, who wants to keep the conversation going, invites Garance to participate with his inflection; Garance, on the other hand, is brushing Frédéric off with her falling tonal inflection.

Ask students to watch this scene, and help them highlight the ways in which Frédéric and Garance build off of one another as they speak.

Then invite them to write their own “flirtation” scene using a more modern or contemporary setting and situation.

Another great way to show how French people naturally inflect their sentences is showing students a dubbed version of an English language show. While I’m not usually a fan of using English in a French class, this can be a great way to show students the nuance in the differences between inflections.

Ask them to compare the inflections of the original actors and the voice-over actors in the dubbed version and explore the differences in inflection.

Another important element of dialogues in French are language registers. Students will intuit this a bit when it comes to the two different second person pronouns (​tu ​and ​vous​), but they may not notice that the change is not a mere pronoun change. They’ll need a bit more help to understand the nuance in delivery and even vocabulary choice that comes with French language register.

Consider exploring this with students using the (now infamous) 1988 debate​ between François Mitterrand and Jacques Chirac. The dance around registers in this debate will definitely create an interesting discussion in your class, as both Mitterrand and Chirac address directly the appropriate way to speak to one another—and they have different opinions on what’s appropriate.

Ask students to watch the debate, then ask them to discuss why Mitterrand and Chirac disagreed on how to address one another.

Use this as a jumping off point to discuss language register​, and ask students to discuss how the conversation could have gone in a ​standard (standard) ​or ​familier (familiar) ​register. They could even rewrite the conversation in one of these two registers.

Another possibility for addressing issues of register in French would be the contemporary film ​“Intouchables.”  ​This scene shows the way in which Driss modifies his register when speaking to his boss as opposed to speaking to a neighbor who has angered him. The natural switch between registers allows Driss to convey his emotions quickly and easily.

Ask students to watch the scene, then experiment with performing the entire scene themselves in ​soutenu (formal), ​in ​familier ​or inverting the two.

Having Students Write Their Own Dialogues for Practice

Once your students have the theory down, the most important thing for them to do is practice. For this, why not ask your students to write their own practical dialogues?

To do this, put students in pairs, give them a setting and topic and let their imaginations be their guide.

Here are a few ideas:

Dialogues can be a great tool to use in class for the above purposes, as well as a variety of others.

Above all, encourage your students to speak to one another in French as well as listen, so they can put what they’ve learned into practice!​

5 Ways to Explore French Culture in Your Language Lessons
No Time? Use These 3 French Lesson Plans for Kids Today!