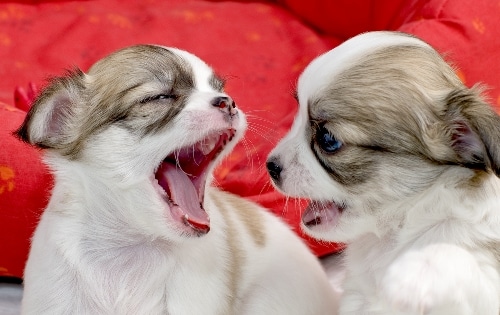 If you’re like me, you vividly remember the intense pronunciation practice sessions from your high school foreign language classes.

I still have nightmares about one teacher of mine who spent at least 40 minutes of each lesson drilling problem words.

Both students and teachers understand that pronunciation is an area that simply must be worked on if language learners expect to be understood when speaking their new languages. However, it’s also one of the most intimidating aspects of language learning.

Students and teachers alike cringe when they reach a sticky pronunciation problem that they just can’t seem to overcome.

Ready to get started?

Here are 5 dynamic ideas for spicing up pronunciation practice in your English lessons.

Do you have students whose headphones seem to be permanently attached to their heads? I know I do. There’s a reason music is called the “international language.” It’s motivating for students of all ages and nationalities, so it’s only natural for teachers to want to use music as a classroom resource.

Even ten years ago it was a headache to use songs in class. Teachers had to spend hours listening, rewinding and transcribing songs from CDs or even [gasp!] cassettes. The technological revolution, with its minuscule mp3 players and tiny portable speakers has made our jobs a million times easier, and there are now loads of websites that take all the hard work out of preparing a song lesson.

I’m sure you already use music regularly to teach everything from vocabulary to conditionals, but have you considered using music for pronunciation practice?

Practicing pronunciation with music is one of the most enjoyable ways to raise students’ awareness of stress, intonation and connected speech in a way that will make even the biggest pronunciation-phobe tune in.

Besides the obvious fun factor, the rhythm of the music and the rhyme scheme of the lyrics will force students to pronounce words in the natural flowing way that English is meant to be spoken. Contractions, weak forms and connected speech (features of English which students often overemphasize, leading to that choppy-speech effect) can be practiced naturally through songs.

Some of my favorite websites for song lessons are Lyrics Training and TEFL Tunes. Lyrics Training was designed for creating activities with music videos, but you can prepare lessons with any YouTube video at all before class. The students have to listen and transcribe what they hear. They can’t move on in the video until they get it right, so it’s really motivating!

FluentU is an ideal resource for pronunciation practice with music. Thanks to the vast collection of English music videos with lyrics, students will be able to watch their favorite musical artists in action, singing their songs, while lyrics pop up on-screen to help students understand every word.

Afterwards, draw your students’ attention to tricky pronunciation features by getting them to circle tough words, mark where linking occurs or cross out weak forms while listening and reading along with the lyrics. Get them practice speaking or even singing some of the trickier lyrics aloud after they’ve gotten more familiar with the song.

Are you one of the lucky teachers with access to technology like laptops, iPads or even a smartboard in your classroom?

You’re probably already using lots of videos in class, and that’s great! Along with music, viral videos are a great, relevant and exciting way to get students practicing listening skills, learning new vocabulary and picking up set phrases and idioms in English.

Of course, because viral videos contain very natural spoken English, they’re also a great way to raise awareness of the tricky pronunciation features of natural speech, helping students get used to how English sounds spoken aloud instead of lifted from the pages of a textbook. It will also show students how people speak in casual and humorous ways.

Videos that teenagers and adults watch every day with their friends can be exploited for pronunciation practice that your students will never forget!

I mean, seriously, who doesn’t remember “Charlie Bit Me?” And who hasn’t tried to mimic the adorable voices of the children in that video?

Pick an English language video that’s trending right now either in your home country or in the country that you’re teaching in. You’ll win major cool points for being on top of the trends.

Not on top of social media? That’s okay! What’s Trending can tell you what’s hot right now, or even better, you can let the students choose video that they’ve been watching lately. There’s only one rule for when students elect a video: It has to have at least a few full lines of spoken English.

FluentU is a great resource for subtitled viral videos, rare beasts indeed, which will make your job a lot easier. You can always hop on and have your students get some listening practice transcribing a short section of their favorite video! Not to mention, FluentU learn mode features are great for getting active practice with the language in the videos. Students will get to play with things like flashcards and gap-fill games in order to practice the language learned from the videos they’ve been watching.

Then get them listening and repeating key phrases or sentences, with correct intonation and connected speech. They won’t even realize they’re doing work until you point it out!

Try to keep a straight face while repeating a tongue twister in a foreign language. Impossible. Tongue twisters are definitely some of my favorite things about learning a new language, and I know my English learners get a kick out of them too.

Tongue twisters are similar to songs, in that they’re all about rhythm, but they’re also great for practicing tricky individual sounds—like the differences between S and SH in “she sells seashells,” or the hard CH in “how much wood could a woodchuck chuck…”

This list of tricky tongue twisters is a great starting point.

Barrels of laughs and good learning to boot? I’ll take it. Just make sure you’re ready to deal with a laugh attack.

Think about a language you don’t understand. French? Chinese? Hindi?

What does it sound like to you? Do you think that you could imitate a French person’s accent in English?

Have you ever thought about what English sounds like to people who don’t understand it?

Your students will all have their ideas about what English people sound like. They might also think it’s rude to imitate how English people sound. But guess what? Mimicking an English accent in their own language is a wildly enjoyable and effective way of familiarizing students with the particular sounds of English.

Why does it work? It lets them practice the sounds, mouth positions and so on, without the added stress of speaking their new language.

Type of a list of words or sentences that, in their own language, contain lots of sounds that you want them to practice in English, and ask them to pronounce it as a typical English speaker with a strong English accent would.

I guarantee they won’t be able to keep a straight face. But what’s better than that? They’ll be practicing English pronunciation and enjoying themselves. Often, students are able to pronounce English sounds but don’t because they lack confidence. Then, they convince themselves they’re actually incapable of pronouncing those sounds.

This activity will prove to them that they can do it. After a while, you can give them an English sentence that contains the same sounds they’ve been imitating, and they’ll be ready to transfer the mimicked accent into their English speaking practice. Triumph!

Teachers often believe that after students reach a certain age games shouldn’t be used in the classroom. Don’t let yourself be told this by anybody! Students of all ages enjoy games, especially when there’s good-natured element of competition. So whether you’re teaching kids or businessmen make sure to incorporate some games into the pronunciation component of you lessons. But…which games?

Do your students like Bingo? Print off these Bingo sheets for a quick game.

Slap the Board? Sure! Write up two columns of minimal pairs from these lists. Say a word from one of the columns and have your students race to slap the correct one with a rolled up piece of paper or fly swatter.

Board games? Definitely. Print off these games or a blank template and customize your own or, even better, have the students make the games themselves and then swap!

By mixing in a few of these 5 ideas into your lessons on a regular basis, you’ll see that in no time your students will have lost their fear of pronunciation practice and will be on their way to more natural English and fluent communication!