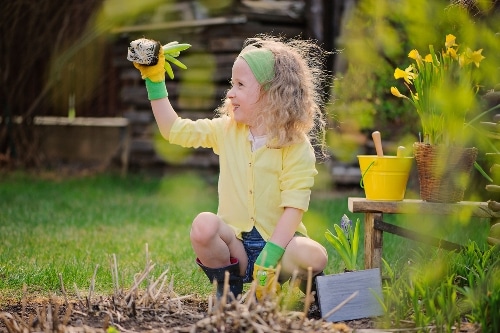 Getting Intimate with English Prepositions: 6 Unique Exercises That Get Students Moving

Is a bird in the hand really worth two in the bush?

The answer is yes, when you’re talking about teaching.

Making teaching sensory—that is, getting students’ senses involved while learning—is the ultimate way to teach.

And while most lessons include a visual and aural aspect, including the sense of touch is often the difficult part. It’s especially challenging when teaching something as intangible as the English language.

Here are some simple ways you can get students moving and manipulating when it’s time to teach English prepositions.

Why Use Hands-on Activities to Teach English Prepositions?

Before we talk about specific ways to be hands-on when teaching prepositions, it’s helpful to remind ourselves why we want our students to be hands-on in the first place.

First of all, hands-on learning is one of the three main learning styles students possess. The buzz word we are looking for is kinesthetic learner. All that really means is that some students learn best when their sense of touch is involved (where others depend primarily on their sense of sight or hearing). Hands-on learners are often the ones to whom standard lesson plans don’t cater, so it’s worth making a point to include movement-based activities when planning any lesson.

Another reason to teach hands-on is because research shows it’s one of the most effective ways to teach a second language. The teaching method known as TPR (total physical response) intentionally associates physical movements with language instruction. The method is so effective, even false beginners thrive under this type of instruction. Some classrooms rely completely on TPR for instruction, but I find that blending movement activities with other teaching methods is most effective at any level ESL class.

Finally, hands-on teaching gives your students a great experience. If someone asked me about the most meaningful lecture I heard in high school, I’m not sure I could name one. I can, however, tell you about several hands-on activities I did in those otherwise less than memorable classes. Students remember the activities that involve their whole person. They engage more easily and remember information better. Most of all, they tend to have fun, and all of that is what makes hands-on lessons essential and effective.

So enough about the whys of hands-on preposition teaching. Let’s get to the hows.

Drawing is a simple way to engage students’ bodies as well as their creativity when they’re learning about prepositions. In this exercise, you will give instructions for drawing a picture without telling your students the object they are drawing.

As you give the instructions, you should use prepositions to describe each piece of the picture in relation to the other. Students will not be able to see the picture you are describing.

For example, if you wanted students to draw a simple house, you might give these instructions:

Draw a rectangle under one of the small squares. Draw a triangle on top of the large square. Draw a small circle inside the rectangle. It should be in the middle of the rectangle and to one side.

After you give the directions, hold up your picture so they can see what they were drawing was a house, and let students see how close they got to the original picture.

You can do a more complicated version of this activity by collecting several pictures from magazines. Match each student with a partner, and have the two sit back to back. One person will describe the picture without telling the other what it is, while their partner draws following the directions they hear. Be sure to give each student a chance to describe and draw using a different picture each round.

I love to use games in my classroom, as they’re so fun and functional. Simon Says is a great favorite, especially when my students look like they’ve been sitting too long. You can do a simple version of Simon Says to teach and review prepositions.

Have all of your students stand, and choose one object that everyone has and can use while playing. You might choose a pencil, a book or their desk chair. Play the game as you normally would, but with each instruction use a preposition to describe where the player is in relation to the object you are using.

Simon says stand on your chair.

Simon says put your hand under your chair.

Simon says hold your chair in front of you.

Just like in the standard game, if a person follows a command that is not preceded by “Simon says,” they are out. Also, if they do the wrong motion (e.g. put their hand on the chair when you tell them to put it under the chair), they are also out. The last person standing wins the game.

This active game challenges students to think before they move. They will be choosing the correct preposition to complete a sentence. Start by labeling each corner of your classroom with a preposition. You can target prepositions of location, phrasal verbs or any other aspects of English prepositions you want.

Have all your students stand in the center of the room with the furniture pushed out of the way. To play, you read a sentence aloud or project it at the front of the room. Replace the preposition in the sentences with a blank. After students hear the sentence, they must run to the correct corner of the room to complete the sentence logically.

This is a memory game that will necessitate the use of prepositions. Start by putting a tray or desk at the front of your room. The tray should have several common items on it–between five and ten is usually a good number. The more items you have on the tray, the more difficult the activity will be.

Give students one minute to study the objects on the tray. Then hide it from their view and either move one object or remove it. Now show the tray to your students again. They must determine what is different.

So if you moved an object, they might say, “The pencil is next to the pen now. Before it was across from the coffee mug.” If you remove an object, students might say, “The cup is no longer on the tray. It was in front of the pencil case, but it’s gone now.”

When students get good at noticing your changes, try removing one object and moving two or more others. If you like, award points to the first person to notice the change.

You can extend this activity by letting students arrange and move their own objects. Give them several pictures or small objects to arrange on their desks, and have each person do the activity with a partner. Let students take turns moving the objects around and being the one to guess the changes that were made.

If you like, have several different versions of the directions so that not everyone’s house looks the same when it’s complete, or give different directions for schools, libraries and public service buildings. You can also let students decorate their houses. Then give the class instructions on how to arrange the houses into a town.

You’ll need a large area of your classroom or a blank bulletin board to hold the completed town. Make sure your town description also includes prepositions to specify where each building should go (e.g. the police station is across the street from the school). Have students work together to put their roads, landmarks and houses in the correct positions in the town.

Give students a copy of an “I spy” page or project one on your board. You can find some here.

Ask your students to find certain objects that appear in the picture. When someone has found the object, they share with the class where it is, but they are not allowed to touch the picture or point to the object. They must use prepositions to describe its position in relation to the other objects on the page.

You can also play this game in reverse. Have one student give clues to a certain object in the picture. Their classmates must then guess which object they’re describing, based on the clues. The person who first identifies their classmate’s object gets to describe the next one for the class.

You can have a lot of fun in the classroom when teaching prepositions, especially if you use these hands-on activities. It will benefit your students in many ways, plus you’ll have a more memorable and creative classroom as well as happier students.

5 Otherworldly Applications for Cloze Reading in Your ESL Class
Here Are 10 Reasons You Should Say “Yes!” When Your ESL Students Beg to Go Outside This Spring