“Argh! Of course that’s what it means! I knew that.”

Said every Chinese learner who ever opened a dictionary.

You know the feeling—that absolute certainty that you’re going to be kicking yourself the moment you see the dictionary entry for the word you’re looking up.

The result pops up on your screen and the frustration begins.

This is, of course, a perfectly common frustration for anyone who studies Chinese (or any language, really).

Show me a language learner who is unfamiliar with this sentiment and I’ll…well, I’ll raise my eyebrows and try to be polite.

It’s a part of the process.

Why Dictionaries Are Important for Learning Chinese

Vocabulary takes a while to make its way into our long-term memory.

Some words are easy to remember. Take, for example, these highly pictorial characters:

大 dà (large) — it’s like a little person stretching out their limbs to say: “It was THIS big!”

Even more complicated characters, like 龟 (guī), especially in the traditional form 龜 (guī), are pretty easy to figure out. That’s clearly a turtle, showing two three-toed feet, and even an outline of the capital letter T smack dab in the middle of the character, just in case you need a reminder.

These characters find their way into our vocabulary almost on their own, beating their own paths with relative ease. Other characters seem to require their own individual full-blown, multi-lane neural highways before they’re available for instant recall. So there you are with your dictionary app again, looking that word up for the umpteenth time.

But what if there were a way to speed up this process?

Most time-saving techniques these days point you to an app, a website, an online service, a “hack”—something that leverages the power of emerging technology. But I’d like to make a case for a tool that utilizes technology that’s several centuries old: the humble dictionary, in its traditional printed form.

Why You Should Use an Old-school Chinese Dictionary

Whether you use an online dictionary or a traditional paper one, the most difficult Chinese words to look up are the ones that you only know the character for.

If you know the pīn yīn, it’s as easy as A-B-C…you just look the word up alphabetically. That’s great for quickly finding the meaning of a word, but not so great for memory and vocabulary building.

If, on the other hand, you only know what the character looks like, well then you’ve got an opportunity to exercise your mental muscles and hopefully remember what that character means after one or maybe two references, rather than 17.

Of course, the easy route would be to pull out your mobile device, power up the Pleco app with its handwriting recognition feature and draw the character on your screen. If you’ve done so accurately enough, you’ll be able to select the option that matches the original character, hit “done” and then see your definition.

If you find a computer more convenient to use than a tablet or smartphone, there are online dictionaries, like the superbly named Tasty Mantou, with similar handwriting tools.

Now, don’t get me wrong—this is an amazing feature of a couple of excellent products, and I use it quite often, especially when I want to find the meaning of a word quickly. But as useful as this feature of electronic dictionaries may be, there are still benefits to the old-school paper dictionary route.

Now, I’m not suggesting that you haul around a paperback dictionary everywhere like those of us who began our Chinese studies back at the dawn of the millennium (or earlier).

With all the incredibly useful language learning apps out there these days, a smartphone or tablet is all the equipment you really need while on the go. What I do suggest is that you incorporate some quality page time into your regular study routine at home or in the office. Here’s how.

How to Look Up an Unknown Chinese Character by Radicals

If radicals are completely new to you, do a bit of reading on what they are and how to recognize some of the more common ones first. This list of the 100 most common radicals is a great place to start. 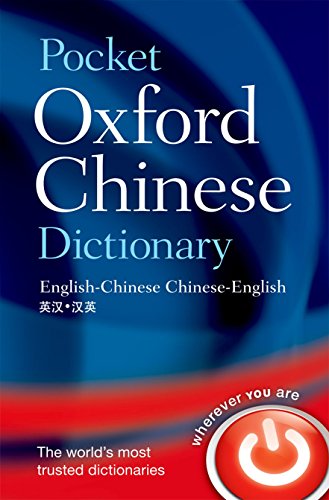 First off, be sure that the printed dictionary you purchase actually has a radical table. Some don’t. One of my favorites is the “Pocket Oxford Chinese Dictionary.” The radical table is usually located at the beginning of the dictionary or in the middle, between the English to Chinese and the Chinese to English segments. It looks like a list of Chinese characters, or pieces of characters, ranging from simpler to increasingly complex.

I should add here that, if you’re truly dedicated to your digital dictionary or are concerned about natural resources and the use of paper, you can still benefit from the practice of looking up a character by the radical. Both online dictionaries like mdbg.net and apps for smartphones and tablets like Pleco have radical indexes.

Once you’ve gotten familiar with your dictionary of choice, it’s time to learn how to navigate by radicals alone.

To practice, find some Chinese characters that you don’t know. Make these words come from something that’s of interest to you…maybe the lyrics to a Taiwanese pop song you like, the headlines of today’s newspaper, a map of a Chinese city—whatever floats your boat. I recently came across this little slice of amazing, “Where the Wild Things Are” in Chinese, which I’ll use as an example here.

Let’s assume we can’t identify any of those and jump right in!

Let’s take a look at the first character in the title of the Chinese version of “Where the Wild Things Are.”

It’s pretty clearly divided into two components. Let’s start with the component on the left, 里 (lǐ), and count the strokes in it, mentally tracing them in the correct order. (Need to work on your stroke order? Check out this article.)

There are 7 strokes, so we look at the chart under 7-stroke radicals and find 里 radical number 166 on this chart. Flip a few pages back in your radical index to section number 166, which is dedicated to characters that contain the radical 里.

Next, we count the number of strokes remaining in our original character. There are 4. Jump down to the 里 radical characters with 4 additional strokes and scan the list until you find the one we’re looking for, 野.

Next to the character you’ll find its pīn yīn pronunciation, ye3. Now that you know what the word looks like and how it’s pronounced, you’re ready to look it up alphabetically in the dictionary. Spoiler alert: it means “wild.”

Now let’s move onto the second character in the title of our book:

You might think that the upper middle component of the character 田 (tián) appears to be a likely candidate for the radical of this character. So you count the strokes in that component—there are 5—and you locate that radical, count the remaining strokes in the original character—there are 6—and scan the list for 兽.

No dice. Back to the drawing board. Try again with the bottom component, 口 (kǒu), which has 3 strokes. If that’s the radical, the original character would have 8 remaining strokes, so you look that up. Nothing.

In this case, the radical is actually the tiny 2 little strokes on top of the character 兽, the radical 八 (bā). Count the remaining strokes—9—locate the 八 radical section, scroll down the list and, hey! There it is. 兽, a.k.a. shou4, or “beast.”

And that’s how it’s done! As mentioned earlier, this old-school method of looking up words is probably not best suited to everyday, on-the-go language learning. Still, I challenge you to incorporate some radical dictionary time into your study routine.

I’m confident you’ll soon see results in the form of a greater understanding of how Chinese characters are composed and a broader vocabulary. Perhaps you’ll even come to think, as I do, that the slow route can turn out to be faster in the long run.