Who doesn’t love a great “buy one, get one free” sale?

In this post, we are going to share a few great sources for streaming Russian movies to provide you with a comprehensive learning experience!

Why Movies Can Help Us Learn Russian More Efficiently

For disbelievers of the educational value of movies, we challenge you to consider these benefits:

There are a multitude of sites that will allow you to stream movies. Netflix may be the most obvious resource and it does have some great options, but the streaming services we have chosen below are also high contenders worth looking into. They provide a wealth of choices, some of which are not available on any other streaming services.

After Netflix, Amazon Prime is probably the best-known way to stream movies, and there are many Russian language films available to choose from. 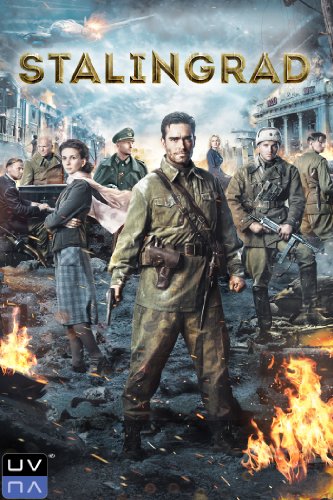 Here is one perfect example. This film is a true classic and one of the most famous Russian films about World War II. By viewing this story about the devastating battle in Stalingrad, a city in Russia (now called Volgograd), in 1942, you can immerse yourself in the most infamous battle in the country’s history through action-packed scenes.

You can learn a lot of army/military/war terms in this film, such as солдат (soldier), пистолет (gun) and атака (attack).

Now let’s look at another couple of great options.

This site is a subscription movie streaming service and a social video sharing platform. The reason it is on this list is due to its inclusion of films outside of mainstream culture, such as international movies from different genres and time periods (perfect for our purpose of learning Russian). Here are a couple of movies that you should treat yourself to on this site. 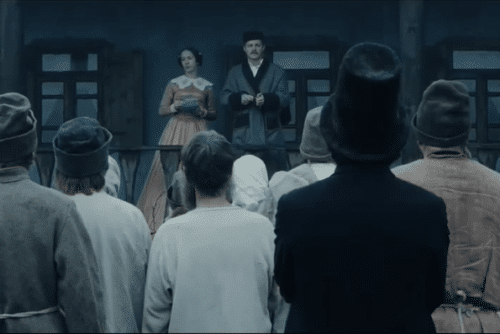 This film will help you learn about life in Russia in the 19th century, and about the relationship between landowners and servants at the time.

It is based on a novel by Nobel Prize laureate Ivan Bunin. It tells the story of a servant girl, Natalia, who dedicates her service to a noble family in their country house.

A great takeaway from this film is how religious Russian people were before the introduction of communism, which outlawed religion. See how Russians prayed and what words and traditions they used to speak to God.

Russia has not had an easy history, and therefore many films about different periods in Russian history can be depressing—however, not all of them are! This title as well as the ones below take a more modern and fun approach to understanding Russian people and culture.

This film gives us a good look at Moscow in the 1950s, which was permeated by a new generation of hipsters. It is interesting to see how much American culture influenced Russia, even though it was essentially outlawed during Soviet times.

Learn more about what life in the ’50s was like in Russia, when the ideal of keeping traditional, modest Soviet ways clashed with the desire to adapt to a more modern and international influence.

From this film, you can learn vocabulary related to the time of the Cold War and Russian communism, such as преступник (criminal), комиссар (commissar, official of the Communist Party) and рапорт (written report).

This site only has Russian-language movies, which makes your search much easier, as you don’t need to pick one language and exclude movies in others. There are lots of great movies here, so we have gone ahead and included a few different examples for you.

“The Days of the Turbins” 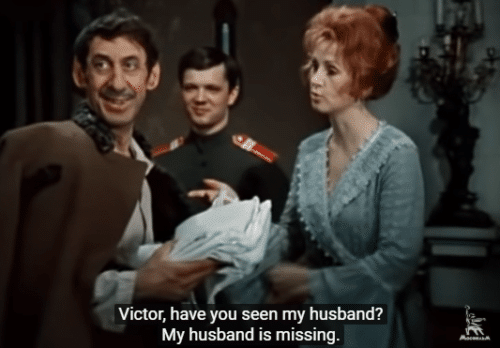 This movie tells a story about the lives of the Russian Guards during the Russian revolution in 1917. That year, two revolutions aimed to dismantle the tsarist regime and bring about communism and the rise of the Soviet Union.

This movie is based upon the novel “The White Guard” by Mikhail Bulgakov.

There is a lot of terminology about directions and movement as it is wartime and family members are waiting for their loved ones to return. You can learn words such as железнодорожная станция (train station), стоять (to stand) and приeдет (will come, will drive over).

Russians are big on holidays and celebrations, and there is no bigger occasion in the country than the New Year!

This movie gives a detailed look at how Russia celebrates the New Year, an event that may be very surprising and interesting from an American or otherwise non-Russian perspective.

Combining American Christmas traditions such as Santa Claus and the Christmas tree with New Year traditions of counting down to midnight and drinking champagne, Russians go all out on December 31st!

Laugh and learn about this important celebration while watching this Russian comedy, but don’t forget to focus on learning Russian words. This title is full of colorful language and adjectives like xорошо (good), лучше (better) and мерзкая (female form for “dirty,” “disgusting,” “nasty”).

For the most modern film in this post, we turn to the 1990s, when crime is running rampant through Russia. This is a story about a group of friends that turn into mafiosos. Although they are criminals, they are also young, fun and often endearing in their friendships and romances.

Streaming movies are a gateway to exploring the Russian language and culture.

Explore the sites above to be immersed in the language, improve your listening skills and speak better Russian!