If you’re addicted to your box sets or quite partial to a good Netflix binge, you may want to think about swapping your usual TV series for a German one.

It’s a fun way to soak up the language, and one that can easily be as addictive as Netflix!

Once you’re engrossed in the story arc, you won’t even notice you’re watching in German.

Here’s everything you need to know about why and how to learn German with TV series.

How Watching a German TV Series Will Help Your Language Skills

You’ll be listening to real German being used in real contexts. This isn’t a listening exercise that has been thought up just to be used in a German study class—it’s real life entertainment targeted at native Germans. If you’re able to follow a TV series, you’ll really be acing your German listening skills.

It’s also a great way of picking up any colloquialisms and idioms.

One thing to watch out for, however, are Umgangsprache (slang) words. They’ll make you sound native to Germans, but they might not go down so well in your German exams. You’ll be expected to show off your Hochdeutsch in those!

Didn’t fully understand what just happened in a scene? No problem, you can simply rewind and rewatch. That’s the beauty of taking your German learning into your own hands and focusing on it at home. You can tailor your studies to your own needs. So you’ll be able to pick a TV series that suits your own tastes.

You can even start with shorter clips of shows, if understanding a whole episode is still a bit out of your reach.

There are programs that can help you with this, too. For example, FluentU makes short German videos including clips from series and movies more accessible by adding learning tools to them. Not sure what a word means? Hover over it in the subtitles to see the definition or click on it to see more information or add it as a flashcard. Find a clip too easy? Videos are organized by skill level (as well as topic) to help you find the right video for your needs.

Once you’re comfortable with shorter clips, you can move on to full episodes and enjoy!

So, whether you want to be gripped by a Krimi (crime drama) or swoon over a Liebesgeschichte (love story), I’ve compiled this list of the best German TV series.

Now, let’s get on with the show! Tune into one which sounds up your street and start improving your German! 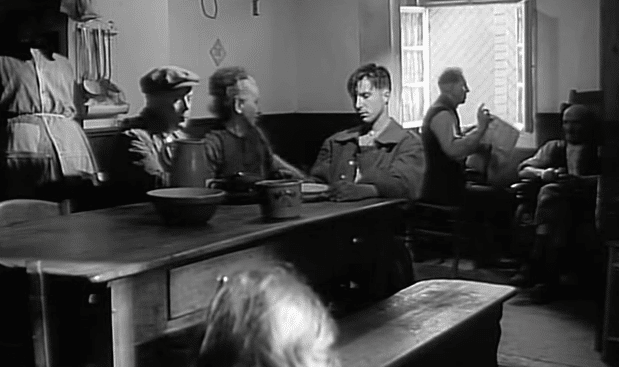 “Heimat” only ran for 32 episodes but follows a German family from 1919 to 2000. Each episode is feature film length (at least 90 minutes), so this is one to sit down in front of when you have plenty of time on your hands. The central family’s domestic life is played out over the 81 years, against the backdrop of Germany’s political and social issues. If you want to brush up on the past few decades of German history, this is the series for you. 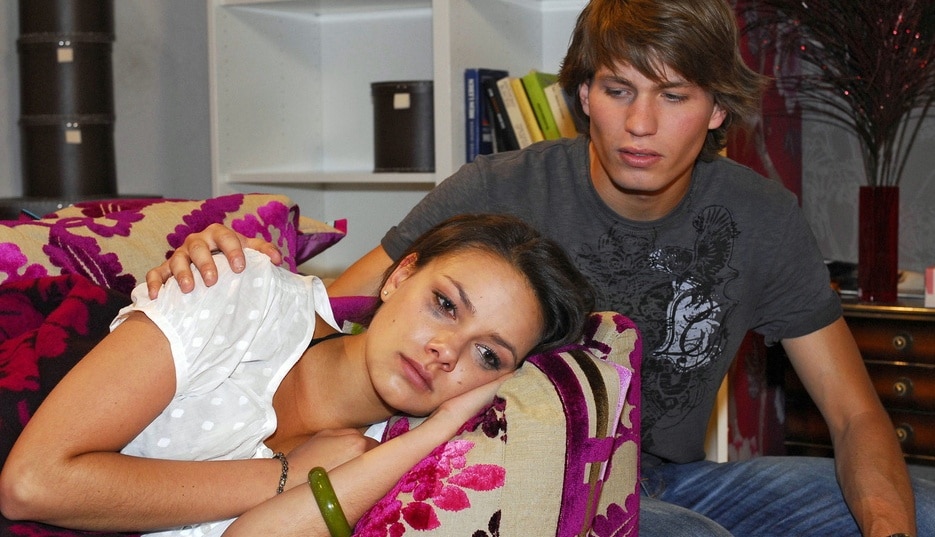 One of Germany’s longest running soap operas, “Gute Zeiten, Schlechte Zeiten” is set in a fictional neighborhood of Berlin. It’s aimed at a young audience and tackles hard-hitting issues such as homosexuality, rape, drug addiction and underage drinking. 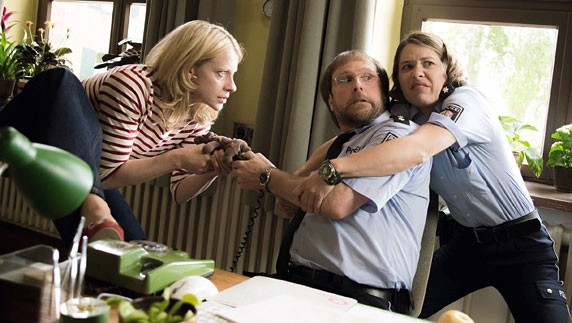 Detective Sophie Haas is the main character in “Mord mit Aussicht.” Many of the crimes take place in the fictional village of Hengasch. It’s a satirical drama that gets most of its ironic laughs from emphasizing the regular cliches often found in standard crime drama series. It also pokes fun at the many differences between city and provincial living. 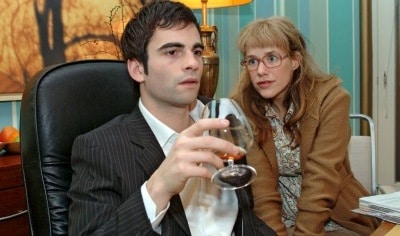 Cutely enough, the title of “Verleibt in Berlin” is a play on words in German, meaning to be both in love with and in Berlin.

It’s widely broadcast across Germany, Austria and Switzerland, and it’s a lighthearted comedy series which focuses on unlucky-in-love Lisa Plenske. Lisa is a bit of a fish-out-of-water in her job at the über-chic Kerima Mode fashion house. Sure, the plot is very reminiscent of “Ugly Betty,” but the German setting livens up the story enough to make it feel like a fresh, new idea for a TV series.

“In aller Freundschaft” (In all Friendliness) 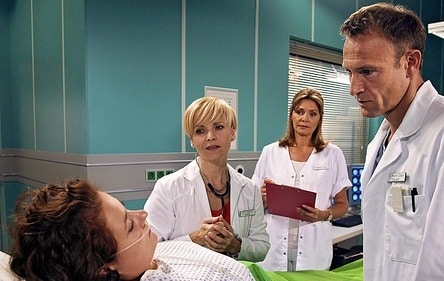 Set in the city of Leipzig, “In aller Freundschaft” takes place in the fictional Sachsenklinik Hospital. Around 600 episodes have been broadcast since its premiere in 1998, so there’s a lot to catch up on! The lives of the doctors and nurses create the interweaving story lines and arcs for the soap opera. The whole of Germany has often been gripped by the dramatic happenings which play out in this small hospital. 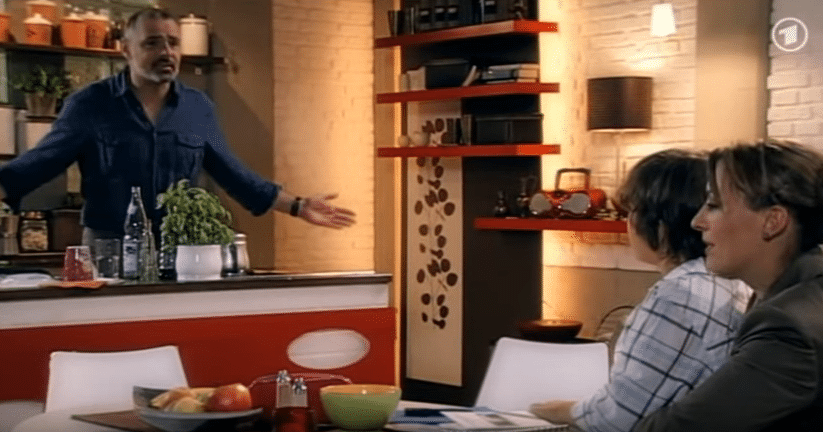 This one had been on German screens for around 19 years before broadcasting its final episode in 2011. The fictional Marienhof neighborhood in Cologne is the backdrop for the drama in this classic soap opera. Just like “Gute Zeiten, Schlechte Zeiten,” it attracted a relatively young audience thanks to its tough themes, including suicide, adultery, AIDS and murder. 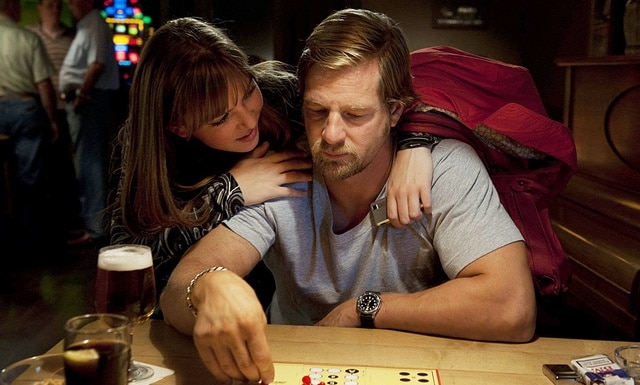 Homicide detective Mick Brisgau has been in a coma since the late 1980s. Twenty years later he wakes up and returns to work with the Essen’s homicide department. “Der letzte Bulle” follows Brisgau, an old-school macho cop, as he tries to come to terms with his new modern life and deal with new technology. He also has to come to terms with the fact that his old crime fighting partner is now married to his wife… 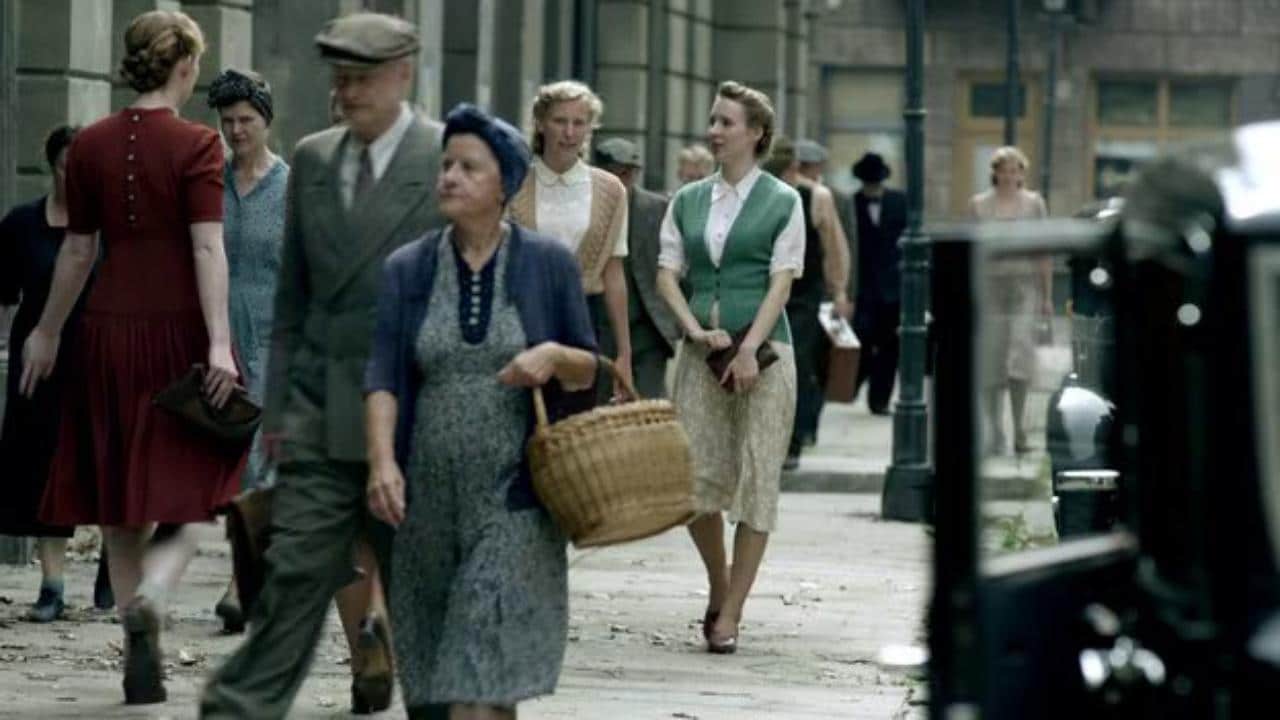 Literally translated as “Our Mothers, Our Fathers,” “Unsere Mütter, Unsere Väter” was distributed internationally under the title “Generation War.” This mini-series tells the stories of 5 friends and the different paths they take through Nazi Germany and World War II. There’s only 3 episodes (each 90 minutes long) in the series, but each one is a compelling and captivating watch. 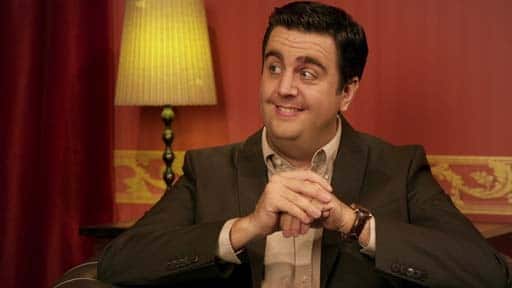 “Pastewka” just goes to show that Germans actually have quite a good sense of humor! Often compared to the likes of “Seinfeld” and “Curb Your Enthusiasm,” the series revolves around the comedian and actor Brian Pastewka, who plays a fictionalized version of himself. It has been well received throughout German-speaking Europe and even picked up a Rose D’or award. 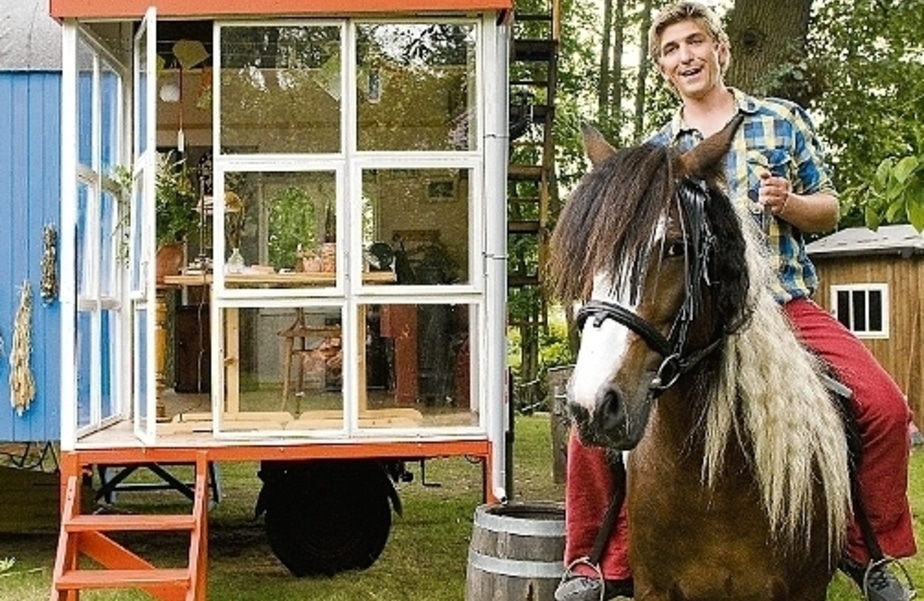 When you’re a bit tired and just want to relax with some easy viewing, tune into the kids’ channels. “Löwenzahn” is a children’s show which has been running since 1979. Its winning formula hasn’t changed over the past 30 or so years. Each episode focuses on a specific theme or topic. Through short features, scenes and sketches, the host, Fritz Fuchs, teaches and informs kids of the show’s weekly topic. Episodes usually concentrate on how technology and various services work.

If nothing on this list immediately grabs your attention, it doesn’t mean you won’t be able to find anything of interest to you on German TV; there’s plenty more choices out there, so you’ll find plenty of reasons to grab the popcorn and settle down to an evening of German TV shows. You might even be able to catch your favorite show from home auf Deutsch. After all, most popular American TV series are dubbed so German-speaking audiences can enjoy them.

If you try out various German TV series and just can’t find one for you, there’s other German TV programs to use in your studies. If you want a daily dose of Germany’s politics and current events why not try one of the regular news and daily digest shows? “Das Erste” is an informative daily show, and you can stream it online here.

You never know, you might end up ditching your beloved Netflix subscription and opting for a German on-demand option instead!