Want to take a break from fast-talking French films, music and people?

You may be dying to dive headfirst into reading higher-level French books.

But for most beginners, basic French comprehension skills won’t get us through a copy of Victor Hugo’s “Les Miserables.”

Why Learn French with Children’s Books?

You might think that you’re too old or too smart for “The Very Hungry Caterpillar” (“La Chenille Qui Fait Des Trous”).

But that’s not true!

You’re never too much of a grown-up for these classics.

Children’s books give you a chance to build up and develop your French comprehension skills first.

Not only that, they open you up to a world of culture that you may have missed out on as an adult French language learner.

It’s important that you expand your horizons when you want to learn French. After all, the language is much more than just the words, as it’s also the world in which the words manifest. Such cultural awareness can be achieved through alternative learning resources like FluentU.

Like with children’s books, FluentU includes a visual element that allows learners to engage with the content in front of them, whether the content is about grammar, a social custom or something else related to French culture.

To learn more about the program, make sure you sign up for a free FluentU trial.

Back to children’s books. These books are often quick, easy, full of pictures, fun and absolutely charming. Do you know anything about how French children play games of hide and seek? Do you know what sound a French cat makes?

Join us in indulging in some childish French literature. Before you know it, you’ll be clapping, counting, singing and miaou-ing like French children do!

Discussing the classics, the comics and the oddly familiar, we have your French kindergarten literature covered from back to front! 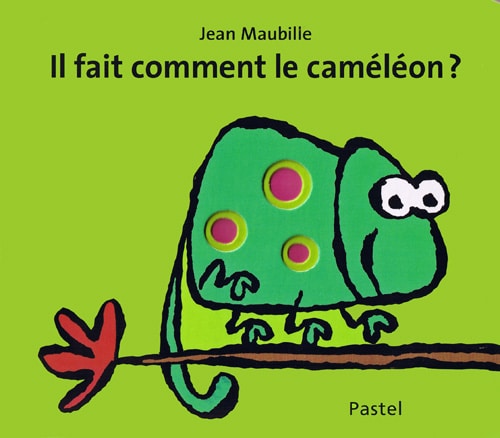 For all our month-old readers in the house, it is best to start with the basics. This book focuses on pictures, vocabulary repetition, useful verbs and animal noises. Although completely juvenile in subject matter, it is a nice introduction into the structure of basic sentences. Through constant reinforcement, adult readers can familiarize themselves with these basic linguistic necessities… and also the fact that a French cow goes meuh! 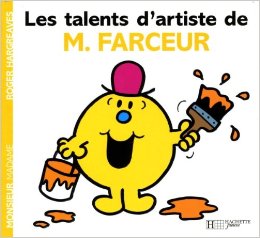 A children’s classic such as this shouldn’t come as surprise on this list.  More often than not, French children are brought up on many of the same bedtime stories that we were as youngsters. The familiarity of a childhood classic, rewritten in the beautiful French language, is very helpful in orienting yourself in your new language. This one is a goldmine for French comprehension development. Not only does it give your brain a better chance to decipher unfamiliar words solely through context (since you already know the story) but it can also bring you a fresh interpretation of the story.

For those of you denied the fun of “Monsieur Madame” as children, treat this suggestion as a variable and replace it with your own fondest childhood books – the Spot Collection, Dr. Seuss and “Curious George” are all available en francais. 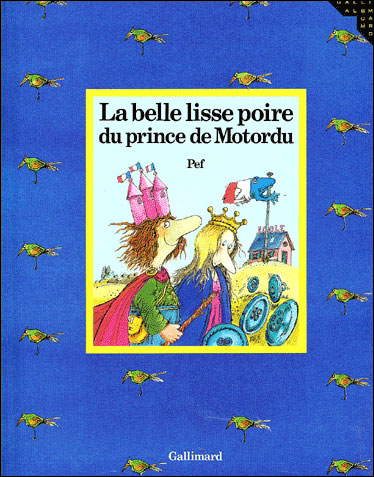 This clever little book that mightn’t reveal its true comedy prowess until you grasp the vocabulary used. Based on a prince who believes he lives in a chapeau (hat), as opposed to a chateau (castle), the story employs a mismatch of language that can only be rectified by the love of a future princess!

Through repetition and reverse psychology, this tale allows the reader to learn vocabulary in a different method than your usual picture recognition. It also provides examples of very similar words that aren’t to be confused, which could help you with mastering French false friends! 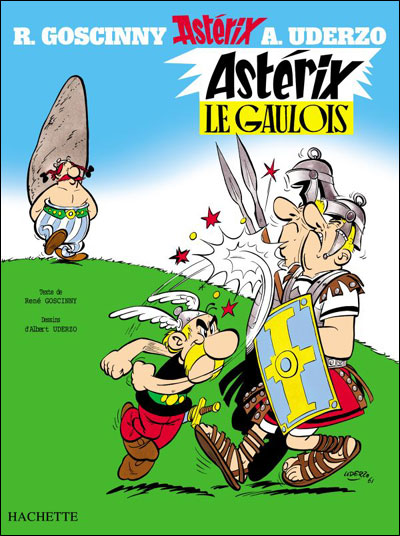 Recommending comic books during book club hours might be considered a cardinal sin – but we’ll let that slide for now. With an comic book history as long and hilarious as that of France, you would be remiss to ignore such a valuable and entertaining resource. French comic books have a great deal of literary benefit.

“Asterix” is a comic strip, or bandes dessines (BD), that has been charming both the French-speaking world and the world at large since the 1950’s. The plot surrounds a small village and their fight against Roman occupation. It is in this world that Asterix embarks on various comical adventures with the help of his bizarre friends. There are 35 volumes to choose from and numerous films to watch afterwards.

Similar to actual children’s books, comics present the reader with a visual dialogue to promote the best efficiency in language learning. Although the words and concepts are not as simple as your novice counting and color words, the minimalist format often encountered with BD’s still encourages progression for a beginner. 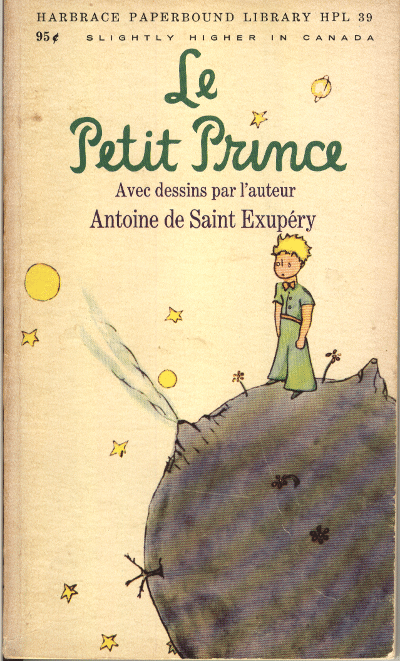 If you were to ask any French person of the most notable children’s story in French history, chances are “Le Petite Prince” would be their answer. First published in 1943, the book gained the respect of adults, critics and, of course, children everywhere.

In a nut shell, the story follows a young prince who has fallen to Earth from a tiny asteroid.  This one is more of a children’s novel than a toddler’s book. The beauty behind its cover lies not only in the simplistic language or endearing illustrations, but also in the rich subtext that comments upon social flaws and the strangeness of the modern world. Combining an easy-to-read format with a philosophically enriching plot, “Le Petite Prince” is a perfect read for any newcomer to the French language. Keeping a dictionary close by is never a bad idea either, as the purpose of reading is to cement the knowledge you do know and earn the vocabulary you don’t.

Being the most widely read, translated and celebrated book in France, this one provides some special opportunities that other novels simply cannot offer. After you have pondered the meaning of life and, of course, brushed up on your French reading, the option to explore this story as an audio book, play, ballet, TV show or movie are all available for further appreciation and learning. 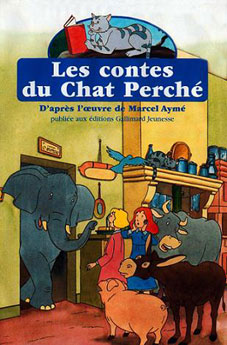 Written across two volumes, this series follows two sisters with an affection and connection for the animal world, namely those that live on their parents’ farm. These tales utilize very simple language and have been described by the author as being for children aged between four and seventy-five years of age.

Maintaining seven to eight stories per volume allows for quick reads that can both satisfy the learner and provide realistic goals. The old-fashioned mentality of this literature can be trying at times, but, in the defense of all creative works, a blast from France’s 1930’s past can be a brilliant time capsule for the modern Francophiles of today! 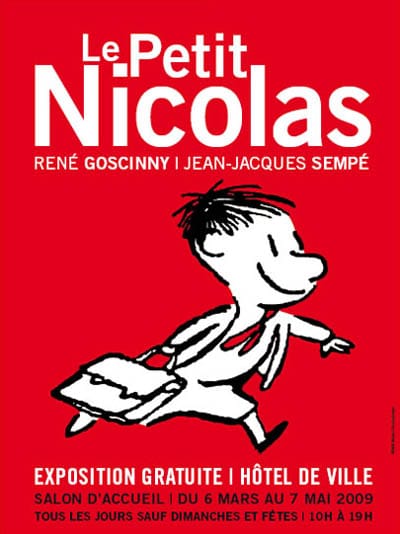 Ready to graduate from preschool French and enter the big scary world of eight to ten year old readers? At this point, you will naturally find yourself at the beginning of “Le Petit Nicolas” series. Written by the author of the comic book series “Asterix,” this series is a maison favorite.

The books are written from little Nicolas’s point of view as he lives out a perfect childhood, rampant with the sweet, simple humor that one might have forgotten about with age and maturity. The juxtaposition between a child’s egocentricity and their untarnished expectations of simple, black and white, right and wrong proves both enlightening and entertaining for those living in the adult world. Another definite read for young and old alike!

On a linguistic level, sentences in this book are more difficult now with the introduction of casual French communication and a child narrator. Although the vocabulary can be managed with the help of an occasional visit to Google Translate, it is the sentence structure in these books that will have you exhausted sooner rather than later if you aren’t ready.

Options to view this novel as a film are now also available in French. 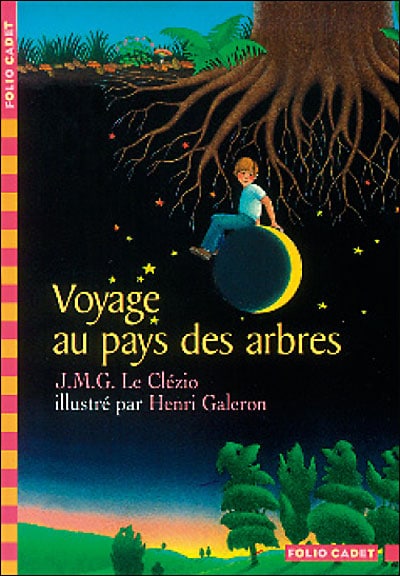 A magical read into the poetic life of a young boy who befriends a forest of trees. The book projects beautiful metaphors that beg the reader to find allegories related to their own life – a convention of French children’s literature that seems often present.

Winner of a literary Nobel Prize, this novel will enhance your French vocabulary and provide insight into the romantic mentality of the language. 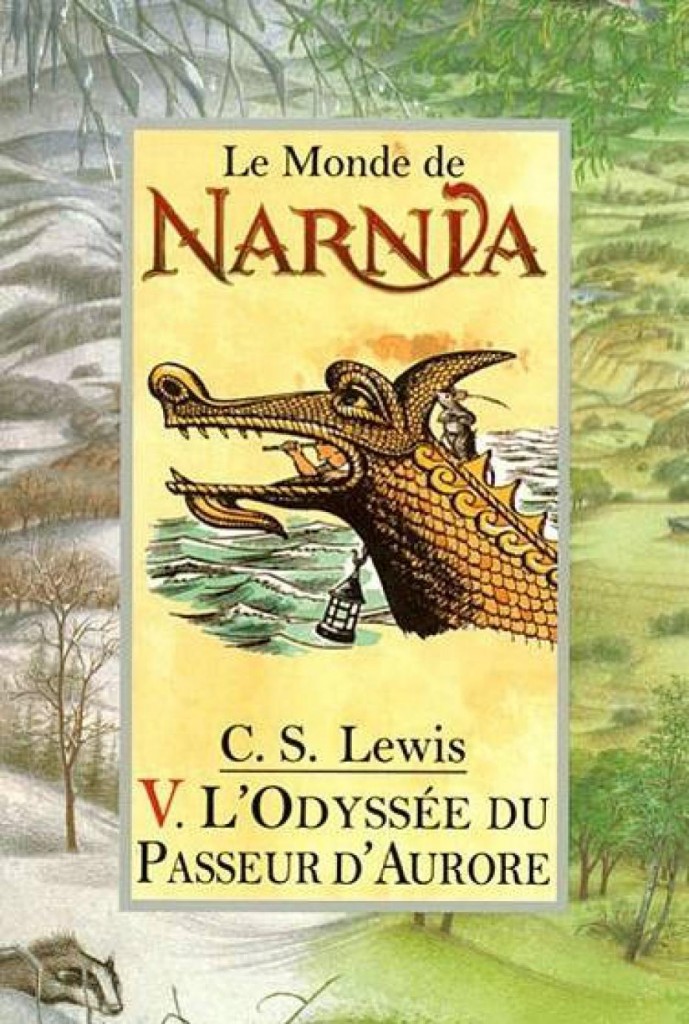 A literary classic in any language, “the Chronicles of Narnia” are perfect for a well adjusted reader. Despite being considered a serious novel by any standards, the book was still written with an easy-to-read format that is designed to motivate young readers to keep going until the end. Drawing on all the positives of a familiar text, reading “Le Monde de Narnia” is a no-brainer. 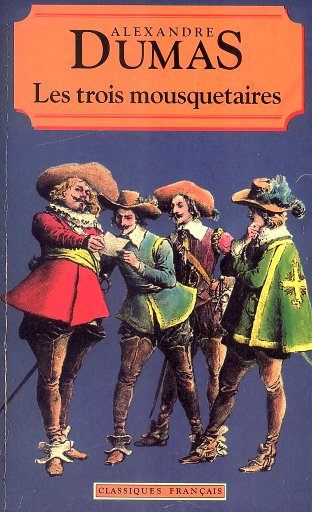 “Tous pour un et un pour tous!” is a household saying that can be nonchalantly translated to mean “All for one and one for all!” It can also be pinned to the worldwide favorite, “Les Trois Mousquetaires,” a tale of comradery, romance and good old-fashioned dueling. If you can manage this story then you are well on your way to reading fluency and enjoying all that French literature has to offer!

Where to Find French Children’s Books

It may be all well and good to have a handy list of French novels at your disposal, but getting your hands on them may be another story. Luckily, we can give thanks to the internet for bringing the French library to our library by means of one or two clicks! To purchase any of the above titles or even read ebooks for free, browse websites such as:

Don’t forget: the option to pay a visit to your closest French association or trusty Alliance Francaise for a more hands-on approach is always available as well.