As a little kid, I loved getting to stay home from school when I was sick.

It’s fun to watch people get so worked up over spinning a wheel or trying to eat food in under 30 seconds.

It’s equally fun to watch them win and jump around celebrating their newly acquired loot!

That’s why turning on my computer and watching French game shows on YouTube has become my new favorite way to learn the language.

Okay, okay, hear me out before you roll your eyes!

Before you scoff at this weird idea, just tell me… can you think of a more laid back, entertaining way to learn French?

Why Should I Watch French Game Shows?

If you need a little assistance or want to amp up your reading comprehension, the good news is that you can often find French subtitles to game show videos. Additionally, certain shows have words spelled out onscreen as part of the game.

Keep in mind, closed captioning on YouTube can be helpful, but it also occasionally misses words and makes mistakes. If you truly feel like you need to rely on subtitles, I recommend starting with one of the shows on this list that contain a lot of words on the screen as part of the show.

Certain shows also feature celebrity contestants, so this is a good way to familiarize yourself with French stars from different artistic backgrounds! Sure, you might recognize actors from watching all those French films on Netflix, but now you can also become familiar with French singers and dancers. 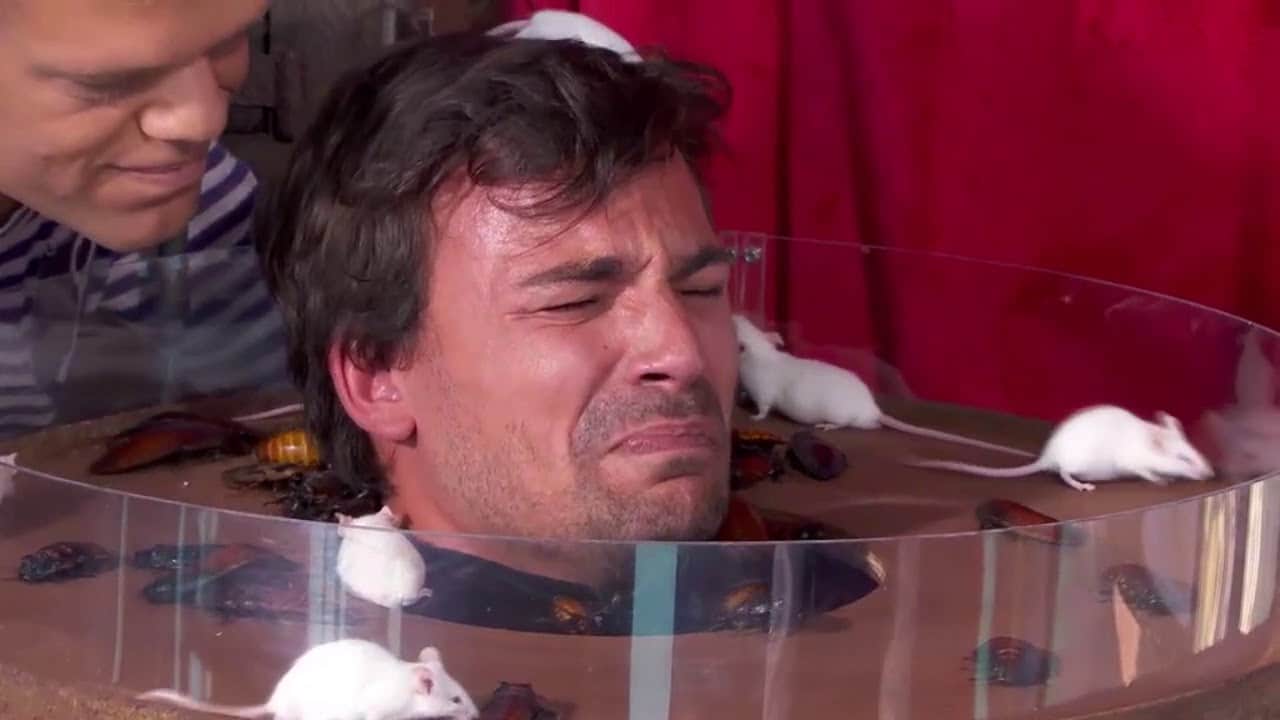 “Fort Boyard” is an endurance game show similar to “Survivor” or “Fear Factor,” and it takes place on the Fort Boyard fortress off the west coast of France. The show has been running since 1990.

As “Fort Boyard” came out almost 30 years ago, it was one of the first endurance shows. Thanks to the popularity of shows like “Fear Factor,” it has been forced to grow in intensity. If you watch early episodes, they’re very different from current-day episodes!

Contestants have to perform hectic, physically strenuous tasks while listening to their teammates yell advice to them. As a result, everyone is always talking over each other, making the dialogue difficult to understand. So this is a good show for an advanced learner really wanting to step up their game and prepare for real-life conversations! 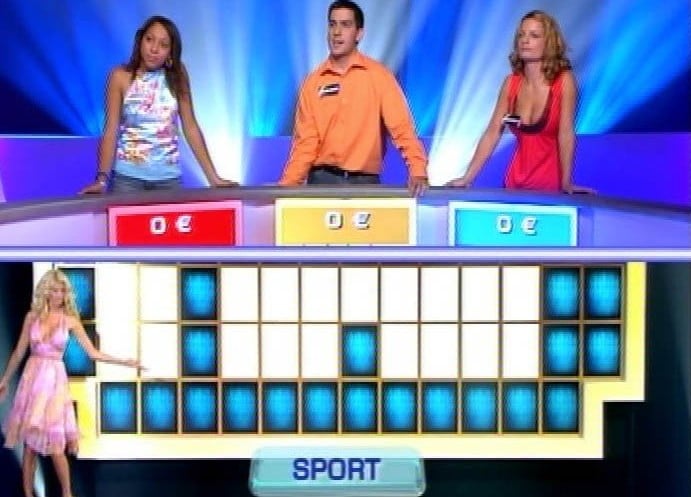 Watching a game show with a premise you’re familiar with can be helpful in learning French. Rather than focusing your energy on trying to figure out what on earth is going on, you can simply pay attention to the language.

I recommend this show for beginner to intermediate French learners. The dialogue is fairly slow and easy to comprehend. You’ll also hear people recite letters, spell words and spout off large numbers in French. Those are all very useful terms to review! 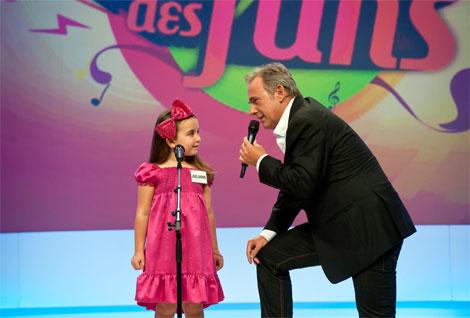 “L’École des fans” (“School of fans”) is a hilarious game show that started in 1976. It kind of reminds me of “Kids Say the Darndest Things.”

Here’s the premise: The host, currently Philippe Risoli, asks children questions, after which each kid sings a song. Then, the kids all give each other scores based on their performances. Risoli then asks each contestant for the reasoning behind their scoring.

Frankly, anytime you ask a small child to explain why they’ve done something, hilarity ensues.

Watching this game show has two main benefits. First, you get to hear French children talk, which is a whole other ball game from hearing French adults talk. When I lived in Lyon for a summer, I spent a weekend with an adorable French family of six. I have to admit, it took me about 36 hours to understand a word their eight-year-old said.

Second, you can learn to recognize words in lyrics. While listening to music is a great way to learn a foreign language, it’s definitely different from just listening to people talk. 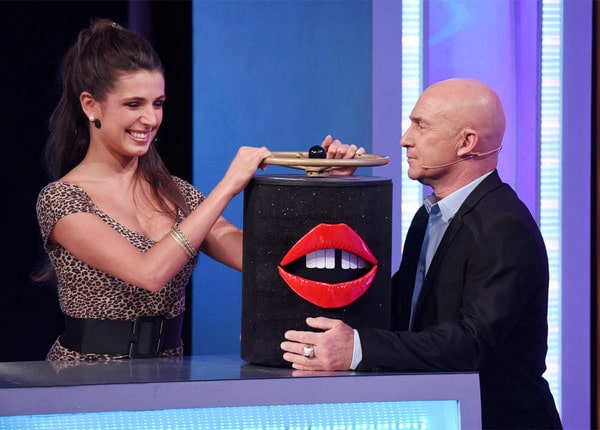 You guessed it, “Le Juste Prix” is the French rendition of “The Price Is Right.” The original series ran from 1988 until 2001, and it was picked back up in 2009. It’s still airing new episodes and is hosted by Vincent Lagaf, a French actor and singer.

Some of the pricing games are practically identical to ones on the American version of the show. For example, you might recognize Un de plus, un de moins (One Away) or Le fakir (Plinko).

However, other fun pricing games are specific to the French version of the show. For example, Les fléchettes is a game in which the contestant throws darts at balloons with prices hidden behind them. Once the contestant thinks they’ve found the correct price for the specified item, they can stop. Or they can continue and risk losing everything.

In fact, Les fléchettes is a perfect example of the kind of vocabulary you can pick up through a game show. I had no idea that les fléchettes is what the French call darts!

The names of pricing games are my favorite way to learn new phrases and vocabulary on this show. La pochette surprise (Fortune Hunter) and Les clés de la fortune (Master Key) are just a couple of my favorites.

Another plus of “Le Juste Prix” is that the spoken dialogue is relatively simple, slow and easy to follow. If you’re a little intimidated by the thought of watching “Fort Boyard,” “Le Juste Prix” might be more your style. 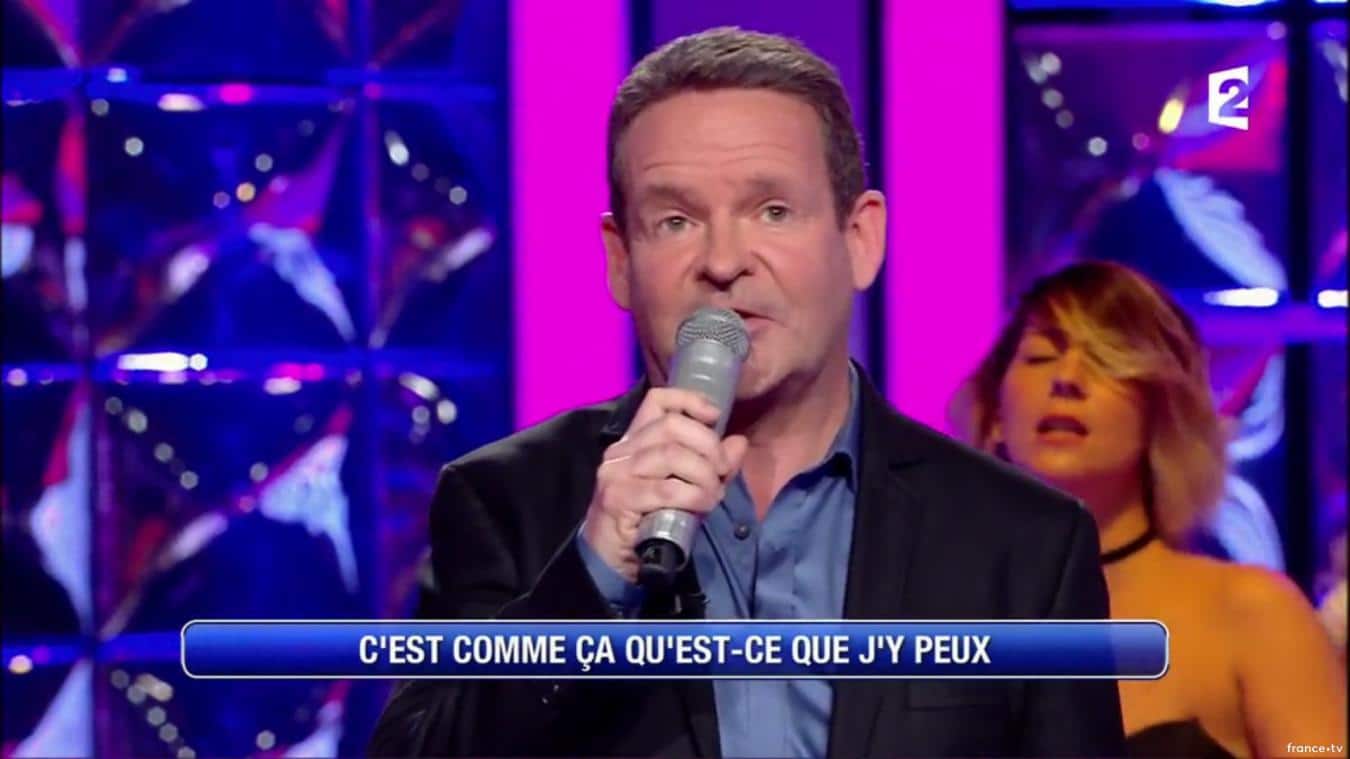 You may already be familiar with the premise of “N’oubliez pas les paroles !” because its American counterpart “Don’t Forget the Lyrics!” is internationally popular.

This game show is fun to follow, because you can see how the show has changed over the years. In the earlier episodes, from 2007 to 2012, people had to identify the missing lyrics of songs to win money.

In 2013, the “maestro” version began, in which the winner from the previous episode battles a new contestant.

The show is silly, and as a result, it’s really fun to watch while learning some French in the process.

As with “L’École des fans,” a big pro of watching “N’oubliez pas les paroles !” is learning to understand French vocabulary in songs. The show broadcasts the song lyrics on the screen for you.

Also, you’ll hear a ton of culturally relevant French songs, so get ready to whip out all that knowledge at your next bar trivia night.

If you’re already familiar with these French songs, then here’s the true test of your language knowledge … Can you identify the missing lyric? 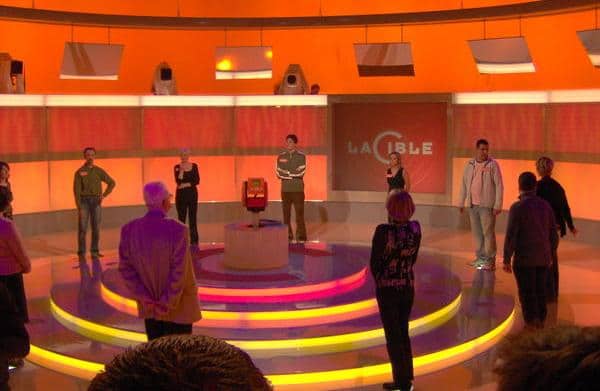 “La Cible” (“The Target”) only aired on television for four years, from 2003 to 2007. However, you can still view episodes on YouTube. I’m sad the show didn’t last longer, because it reminds me of “The Weakest Link,” which was my favorite game show growing up!

Twelve contestants answer a series of cultural questions, and the one who answers the most questions correctly wins a huge cash prize. In fun special episodes, couples and spouses pair up for the challenge.

“La Cible” is the best game show to watch if you want to learn about French culture, because culture is the theme of the entire show. By watching, you can learn what French film came out in 1974, what year the franc expired to make way for the euro or who sings a particular obscure French song.

Because the contestants are under a time restraint, everyone speaks very quickly on this show, making it great listening practice for more advanced learners.

Learning a language should be fun.

Sit back, relax and see if you can guess the missing lyrics!