French Breakfast of Champions: How to Do It à La Française

Once when staying in a Parisian hostel, a Korean friend made a telling statement.

We’d both been there for several weeks, well acquainted at that point with the traditional French breakfast foods on offer.

He walked over to the communal table, groaning and holding his stomach.

When I asked if he was alright, he looked up and replied:

“My body can’t take any more bread and jelly—I’m dreaming of rice and vegetables!”

I laughed and told him there was at least something different to try that morning; his face falling flat as he realized it was a new kind of jelly we hadn’t had before.

Yet my friend unknowingly raised a very important point here; namely, the cultural significance of breakfast.

Of course, as this article explains, the French don’t just eat bread and jam for breakfast! But it does illustrate the idea that the French breakfast—le petit-déjeuner à la française—overwhelmingly favors sweet over savory.

Let’s take a look at some of the common elements of the French breakfast. In this blog post, we’ll delve into the most delicious of articles, tickle our cultural tastebuds and learn some vocabulary along the way.

French Breakfast of Champions: How to Do It à La Française

The Importance of Bread in the French Breakfast

It could be argued that bread puts the “French” in “French breakfast,” and is the staple carbohydrate of choice for most French people.

The type varies and is often eaten in a slightly different way to other cultures in that it can be dipped in coffee. Especially old bread from the day before!

Take Your Time: Bread from the Boulangerie

Le pain tradition (traditional bread that may or may not be in the form of a baguette, made using strict regulations about ingredients and where it was baked)

Le pain ordinaire (standard bread composed of  the same basic ingredients as the “tradition,” but which may contain additives and other aids)

These two examples only hint at the range of different breads one can buy from a French boulangerie (bakery), which would require an article in itself!

If time isn’t an issue and/or a bakery is available nearby, most French people would prefer to buy their bread fresh.

Rushing for Work or a Casual Affair? Bread at Home

Either for convenience or a lack of time (and sometimes preference!) the French use regular sandwich bread, tranché (sliced), and often put it in un grille-pan (a toaster) to make un pain grillé/un toast (toasted bread).

For an even quicker breakfast, there’s a wide range of biscottes available in French supermarkets—a delicious dry bread just waiting for your topping of choice.

Laying It on Thick: What the French Put on Their Bread

The French seem to get as excited about bread toppings as they do about the bread itself.

Butter can either be doux (unsalted) or demi-sel (slightly salted). As for jelly, there’s a strong preference for a “homemade” style that favors a higher fruit content and less refined sugar.

As in most countries, honey can be bought from a supermarket. But if possible, locally-produced honey is usually preferred. 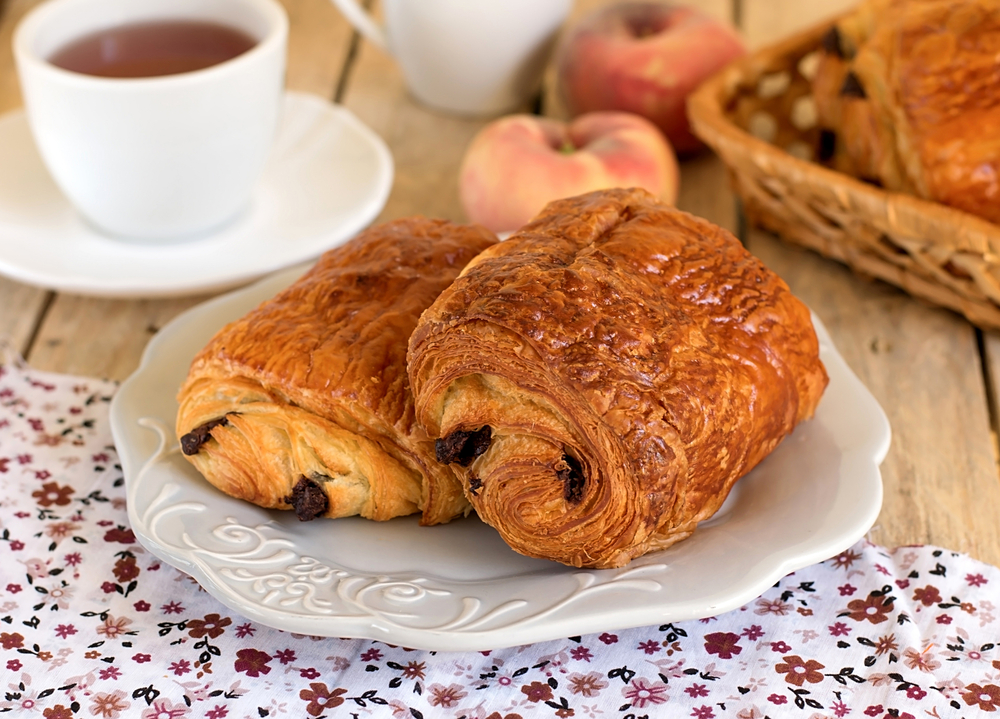 What could be more emblematic of France than the croissant and the pain au chocolat? In fact, you seem to know it so well that I don’t need to bother with a translation, as we use the same words in English.

Although I do know French people who eat either one of these on a regular basis, it’s a stereotype that the French eat them for breakfast every day.

It’s more likely to be reserved as a buttery weekend treat.

Let Them Eat Many Other Pastries (Others You May See)

Of course, you may notice other viennoiseries (pastries) of the yummy kind on your breakfast encounter.

Look out for the following:

A National Love Affair: The Role of Yogurt in the French Breakfast 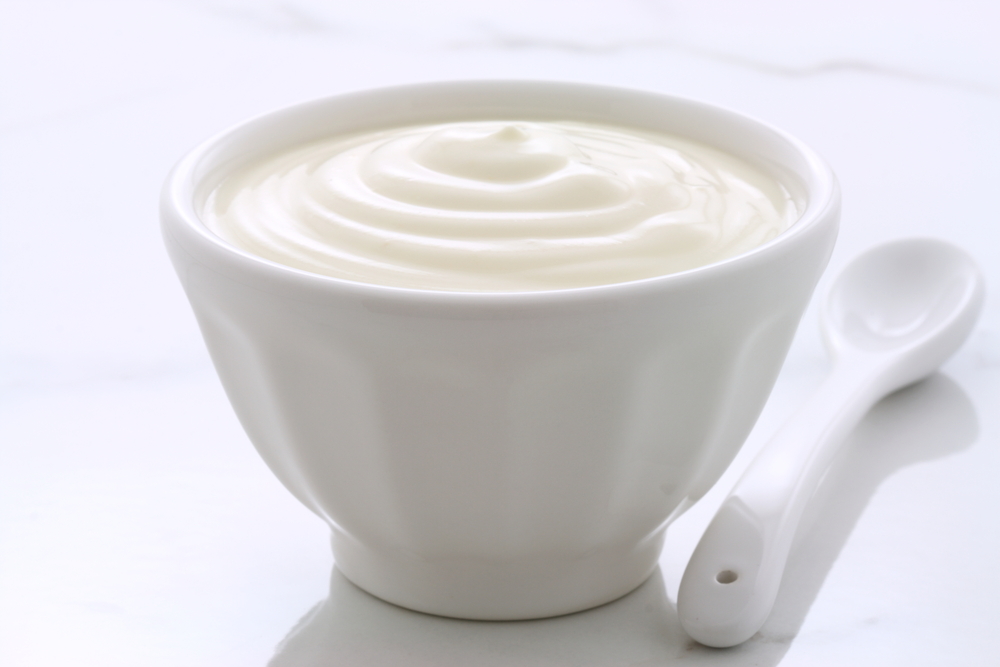 The French are amoureux des produits laitiers (in love with dairy products) in general. After all, France is one of the largest milk producers in Europe.

It’s not uncommon to eat yogurt every day, especially with breakfast. Although walking down the aisle of a French supermarket is enough to see that almost every kind is consumed, le yaourt nature (plain yogurt) is highly esteemed and more readily available than in North American stores.

Although fromage blanc is technically a cheese, it’s consumed more or less like yogurt and is sometimes eaten as a breakfast food as well as dessert. One can take top it with jelly or fresh fruits, or even spread it over a slice of bread.

Now for my favorite: la compote!

Again, this can be eaten at any time of day, but if you ever go to a French hotel buffet, it’s rare not to see pots of fruit purée alongside dairy products. Apple is one of the most popular with kids and grown-ups alike.

Something for the Kids: Cereal as Part of the French Breakfast 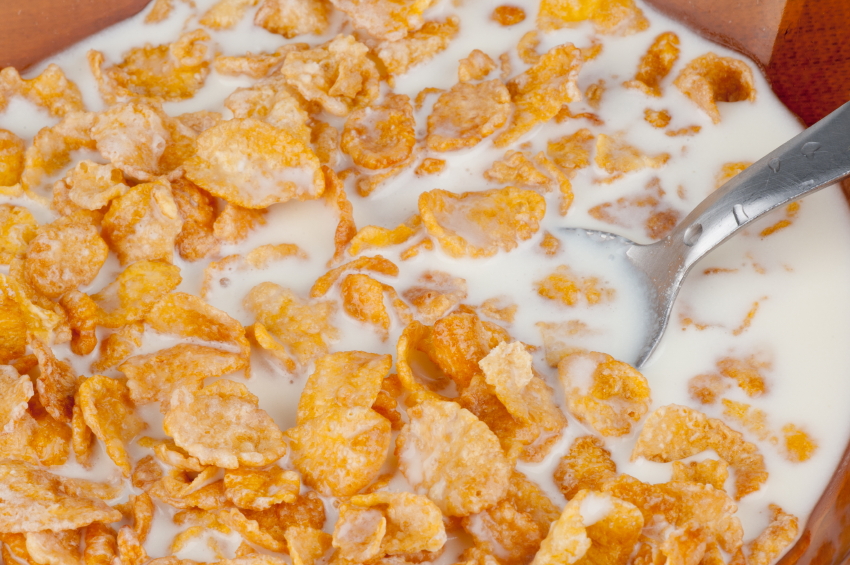 The truth is that cereal isn’t part of the traditional French breakfast. While some adults certainly do consume it, it’s largely more popular with the younger generation and, judging by the products on offer, the more sugary the better!

Also remember that in French, the noun for “cereal” is plural.

Let’s take a look at some foods you might see and eat for breakfast in France (especially in a hotel buffet) but aren’t as common to eat at home:

Not Just a Cup of Joe: Coffee in the French Breakfast 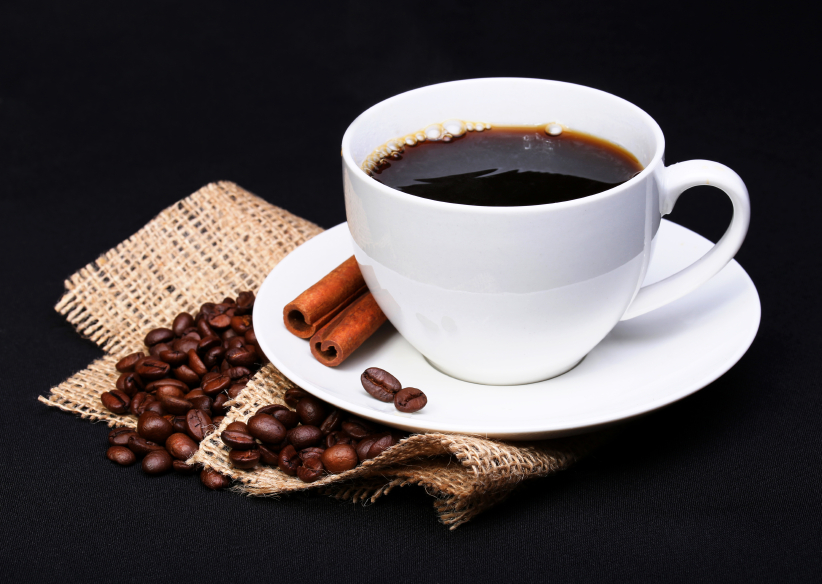 Un café crème (coffee with a splash of milk)

The French generally associate coffee with milk with breakfast time, if they ever drink it at all. Generally, black coffee is preferred, often allongé at home. And if you simply ask for un café (a coffee) in a bar/café/restaurant, the server will bring you a small, yet powerful espresso! 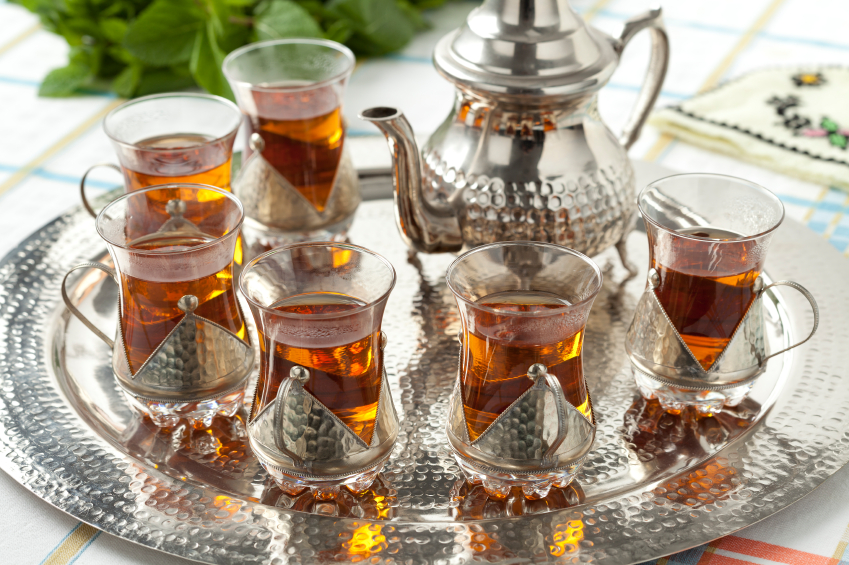 As an Englishwoman, I’m always impressed by the range and variety of high-quality teas in France, even though the French are traditionally stereotyped as coffee drinkers.

Tea at any time (not just for breakfast) is usually served black, with or without sugar.

Not All About Tea and Coffee in the French Breakfast: Other Drinks 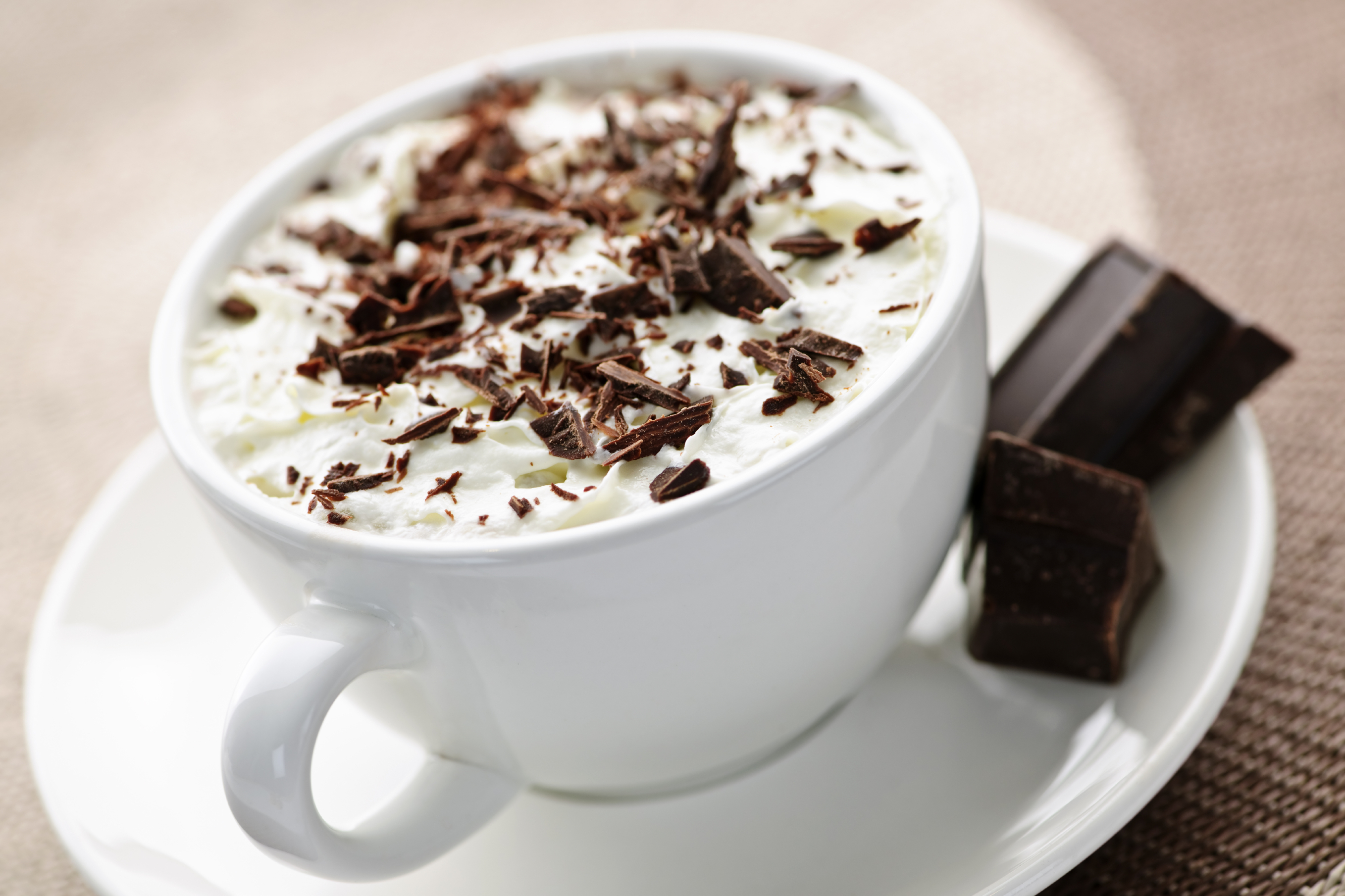 Hot chocolate can be as luxurious as one wants when eating out for breakfast, but at home, powdered-chocolate mixed with milk is popular, especially with kids.

Related Grammar, Vocabulary and Expressions for French Breakfast in Any Situation

Now let’s learn some useful phrases that might help you avoid an awkward moment when “breakfasting” in France.

Once when sitting down for coffee at a French friend’s house, their mother asked me if I wanted un nuage de lait (lit: a cloud of milk).

Although at the time I understood the word lait (milk), there was a confusing moment when I couldn’t put what she was saying into context.

When the coffee came, my friend explained that the poetic “cloud of milk” actually means “a drop of milk” and is a useful thing to know either as a guest or a host when encountering coffee!

plus à droite/à gauche (more to the right/left)

This has to be the biggest lifesaver when ordering bread at the boulangerie for breakfast. As a beginner in France, there were numerous occasions when the bread that I asked for wasn’t available or I simply needed to communicate which loaf I wanted.

Sure there might be a lot of pointing involved, but when your vocabulary is limited, this phrase is easy to remember and surprisingly effective.

When ordering breakfast in a café, most guidebooks/textbooks teach you to say:

Voudrais is the first-person conditional form of the French verb vouloir (to want), and although you can use this, the following is a more natural way to order:

(Est-ce-que) vous auriez… (would you have + food/drink item)

Cementing your knowledge of the vocabulary will ensure that French breakfast will always be an enjoyable occasion when vacationing for work, study or pleasure in France.