You sigh. “The fan! You know, the vehicle that’ll transport us from one place to another.”

You look away, a little embarrassed. “That’s what I meant,” you mutter.

Has this happened to you before?

Have you ever tried to say one thing but ended up saying something completely different and confusing your listener?

In fact, the words fan and van are a “minimal pair.” This means that they’re different by only one sound, but that one sound can make a huge difference in the meaning of the word.

And that’s just one aspect of English pronunciation!

Learning to pronounce English correctly can be tricky because of its unpredictable writing system and its many different sounds. This means that words don’t always sound like they’re written and there are a lot of sounds—especially vowel sounds!—that can make a huge difference when you’re speaking.

But don’t worry: You don’t need to move to an English-speaking place to learn correct pronunciation and improve your English accent.

You can just improve your English pronunciation online, today—whether it be through complete online English courses or simple video lessons! 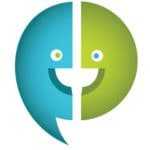 Pronuncian focuses on American English, so this website is perfect if you plan on speaking English with Americans or Canadians, or you want to travel to one of those countries.

If you find yourself making mistakes similar to those at the beginning of this post, Pronuncian is the website for you!

It has an in-depth look at English vowels and uses minimal pairs to differentiate (show the differences between) similar sounds. For example, it’ll help you get your short vowel sounds right so you can pronounce the difference between dead and did.

Pronuncian also looks at consonant sounds and how they change depending on their place in a word. For example, the t sound in water isn’t fully pronounced; instead, it makes a sound similar to d. This happens with many other consonants.

There are many lessons and each one focuses on a specific sound. Every sound is divided into three sections: pronunciation (an explanation of the sound), spelling (how it’s written) and practice. Also, a series of podcasts and videos let you actually hear the differences in action. 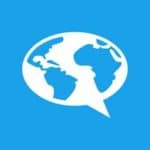 Videos include built-in subtitles in English that can be switched on or off. This way, you’ll always understand what’s being said, but it’s also easy to focus on the pronunciation without the distraction of subtitles.

The videos and audio clips can be sped up or slowed down so you can hear each sound better. You can also see the transcript (written out version) of each video as well as vocabulary words you might not know, so you can learn new words and hear how to say them properly right away.

It’s a powerful tool for learning English and perfect for improving your pronunciation! 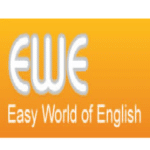 Among its features, there are may pronunciation tools to help you make English sounds. These tools look at the different ways you can pronounce the letters of the alphabet. This is helpful because some letters can make more than one pronunciation, and there are actually some rules that you can use to figure out when to use which sound.

There are three levels of readings with about a dozen (about 12) short segments in each. Every reading comes with audio for perfecting your pronunciation of the written words. Try repeating each sentence as it’s said in the audio and then reading it on your own.

The site also offers more than 40 grammar lessons for English with plenty of examples.

ManyThings.org also teaches American English, and it’s specifically made for ESL learners. The website has exactly what its name suggests: many things! It uses a variety of games, puzzles, readings and other tools for teaching English.

For pronunciation practice, there are may audio lessons focused on minimal pairs, the tricky l and r sounds as well as syllable stress within words and sentences.

ManyThings.org also features readings and sentences with audio that can be listened to at normal or slowed-down speeds. This is great for practicing the pronunciation of words within the context of a sentence.

Topics for the readings and sentences include science, history, animals and daily life. Best of all, the website is linked to a YouTube channel called “Tom’s Sentences” where there are more than 460 videos of 24,000 English sentences!

With content in American English, the focus of TalkEnglish.com is understanding and using spoken English.

The lessons on this website are completely free, and there are hundreds of short tutorials that teach you how to improve spoken English. The lessons are broken into three categories: “Speaking English Lessons (written tutorials with audio), “English Video Lessons” and “English Listening Lessons.”

There are also some extras, like “English Speaking Articles,” which give advice about communicating in English. These focus not only on pronunciation but also on the social aspects of speaking such as formality and slang.

In addition to the website, there’s also an app for Android and iPhone. 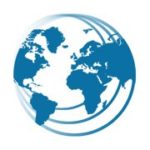 “News in Levels” has current news stories from around the world, so it’s not just for American English learners.

The website gives you the option of seeing each news story in three different levels of English: Level 1 (for beginners), Level 2 (for intermediate learners) and Level 3 (for advanced learners). The texts are fairly short, and they have matching audio.

These lessons are great for listening to English in a natural setting and practicing English speech at a normal speed. I suggest repeating each sentence as it’s said in the audio and then reading it out loud on your own.

Other resources on the website include grammar tutorials and videos. 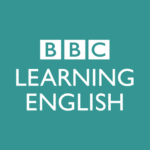 Offered by the BBC (the British Broadcasting Corporation), this website focuses on the pronunciation of British English.

In fact, the BBC offers complete courses in British pronunciation.

The first course is called “The Sounds of English.” The short lessons break down British English sounds and their IPA (International Phonetic Alphabet) symbols. Each video shows the IPA symbol, some examples and a close-up of the mouth for making the sound.

The second course of this series is called “Tim’s Pronunciation Workshop.” Instead of focusing on individual sounds, Tim talks about how sounds change depending on their position in the word. Examples include the pronunciation of d at the end of words and linking vowel sounds. 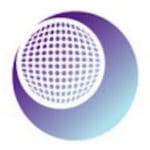 By completing the speaking component in some practice tests, you’ll be able to improve your British English pronunciation and reduce your accent during the test and in real-world situations.

Each practice test comes with an answer key and grading scheme and you can get access to the whole website for 90 days for £24.00 (and up).