20 Awesome Color Idioms in English with Definitions, Examples and PDF

Learn to express yourself with color idioms for a whole rainbow of rich English vocabulary!

These idioms are used a lot, so you’ll sound more natural than ever.

Common English Color Idioms to Liven Up Your Vocabulary

Idioms are expressions that cannot be taken literally (exactly). They are metaphorical. For example, if a person is “green with envy,” their bodies aren’t the color of a lizard—it’s just a phrase. It means that they’re jealous.

Here are a few of the most popular color idioms in US English:

“To wave a white flag” 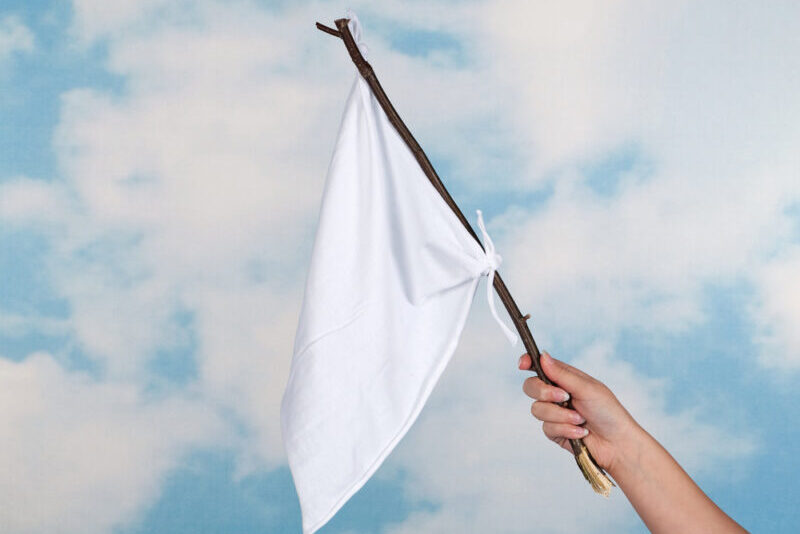 Meaning:  To show that you’ve lost (a game, challenge or war) and you give up.

Waving a white flag actually dates back to wartime. When one army was losing and they were afraid of losing more men, they waved a white piece of material in the air to show they wanted to stop fighting.

Usage: While I was arguing with my mom about the party I waved a white flag. There was no point in arguing. She wasn’t going to change her mind.

“As white as a ghost” 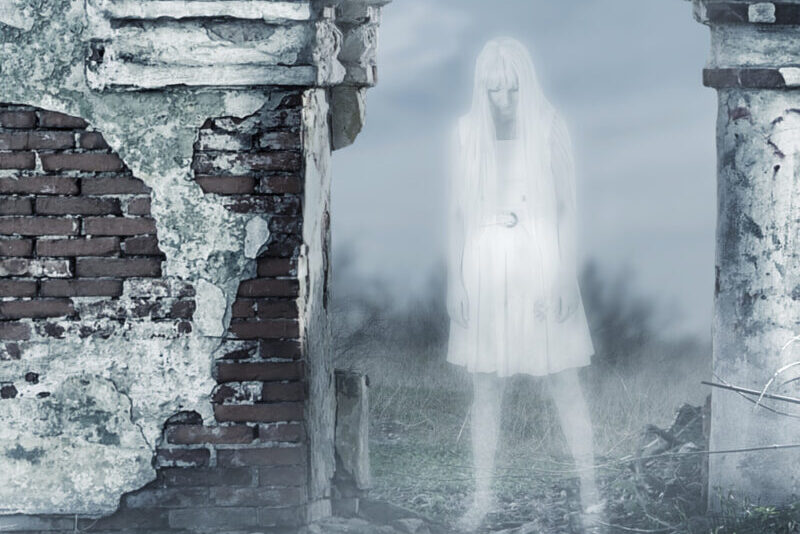 Meaning: To describe a person’s face being very pale (white) because they’re shocked or scared.

Usage: My friend turned as white as a ghost when she realized there was a stranger standing at her bedroom window.

“To tell a white lie” 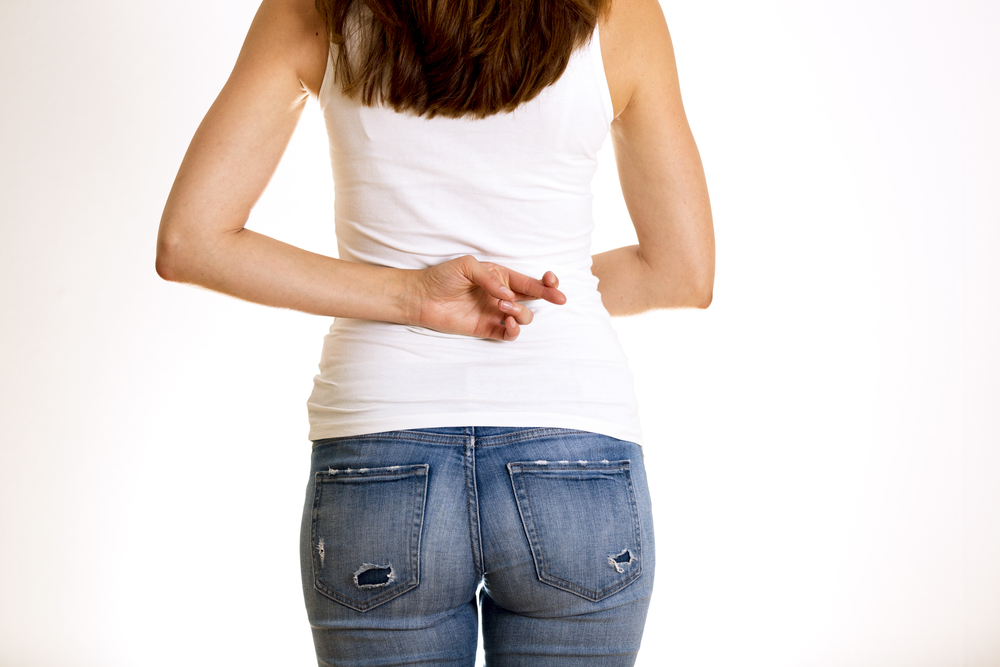 Meaning: To tell a small lie that doesn’t hurt another person.

Usage: We had to tell our mom a white lie about the money. We couldn’t let her know we’d spent it all on chocolate.

“As black as coal” 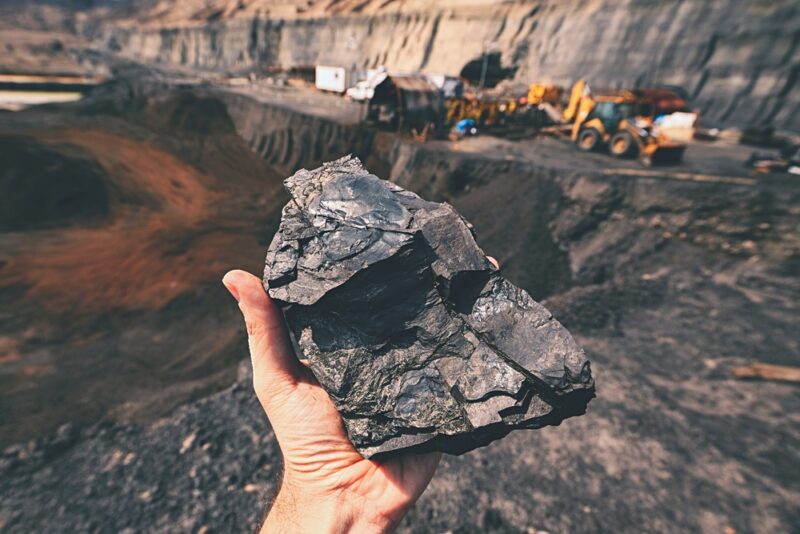 Meaning: To be very black. Coal is a small piece of carbon used to burn on fires.

Usage: There were many clouds last night and the sky was as black as coal. 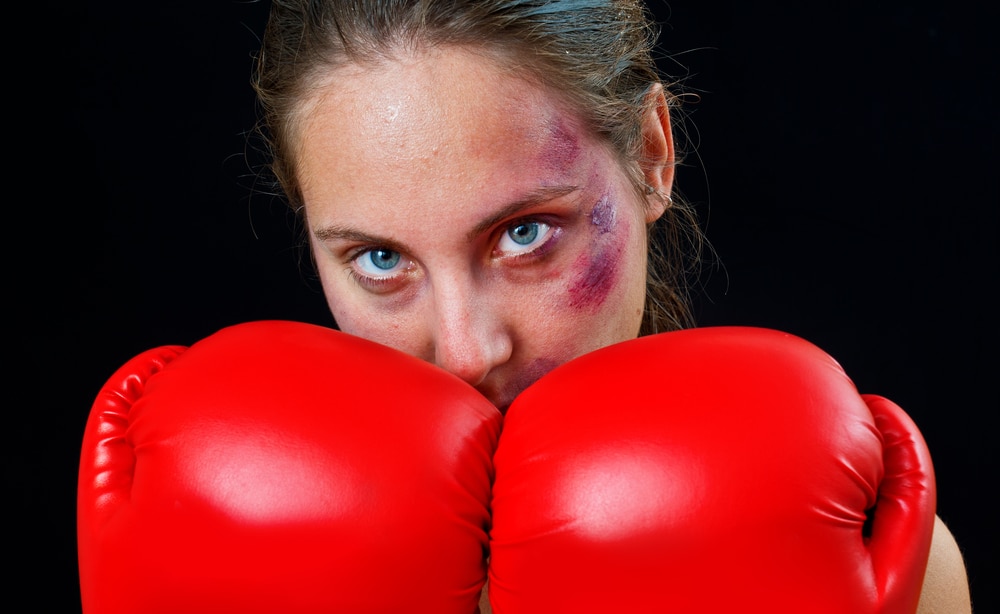 Meaning: Very beaten up and bruised. Bruised is when you have dark blue or black marks on your body from hitting an object hard or being hit by another person.

Usage: After John lost the wrestling match, he was black and blue. The other guy was very strong. 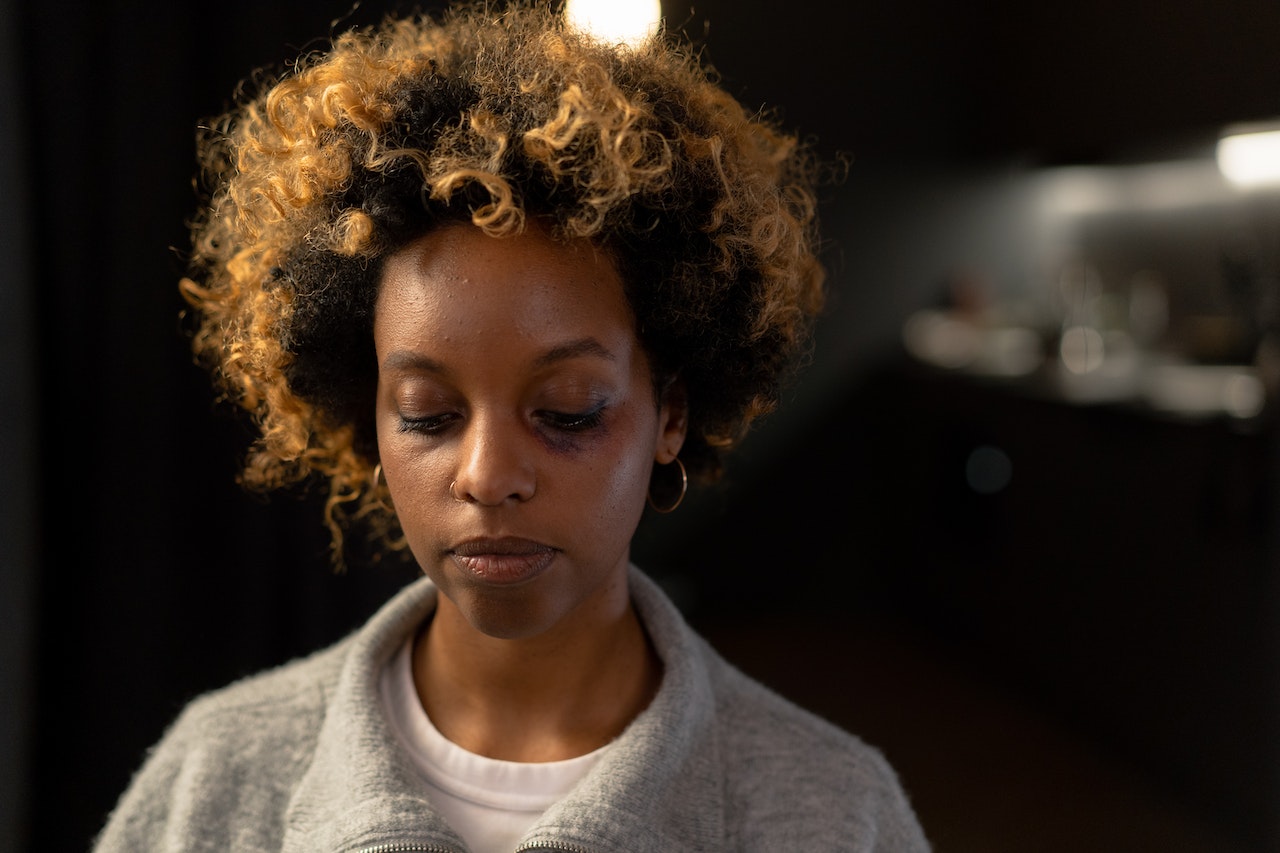 Meaning: When the area around your eye looks very black because it has been hit.

Usage: When Mel fell down and hit her face on her brother’s toy truck, she got a black eye. 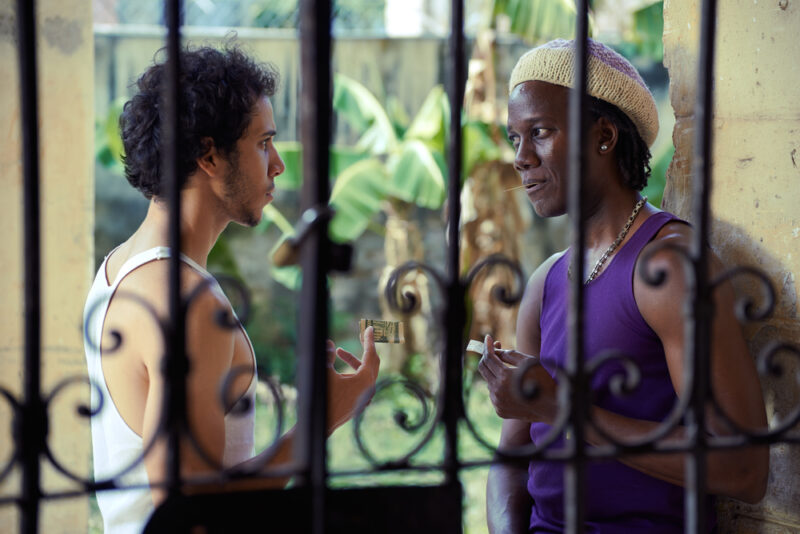 Meaning: The area where illegal things such as drugs and guns are bought and sold.

Usage: People who can’t buy a gun legally with a permit usually can buy one on the black market.

“Black sheep of the family” 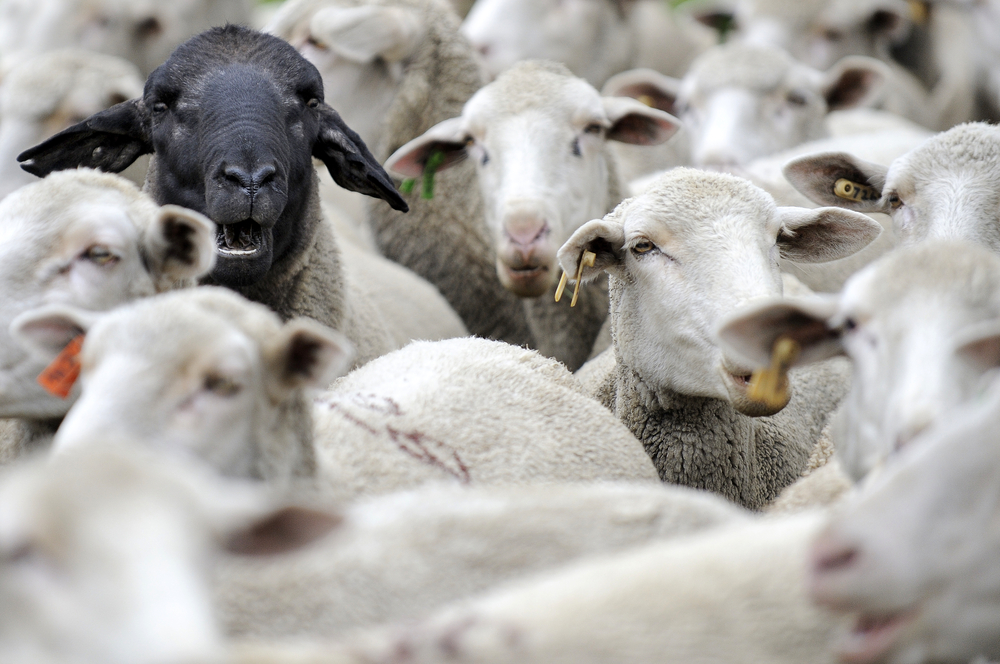 Meaning: A person who is different (usually in a negative way) from the rest of the other family members.

Usage: Al is the only one in his family who hasn’t gone to college. He’s the only one who doesn’t have a proper job. He’s considered the black sheep of the family. 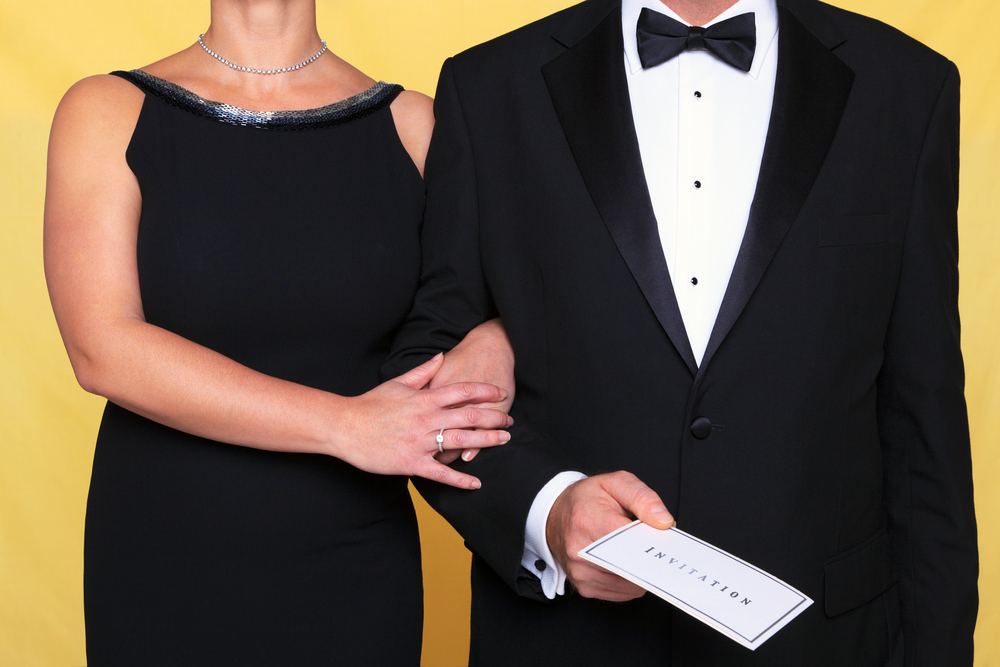 Usage: The Oscars is one of the world’s most famous black tie events. 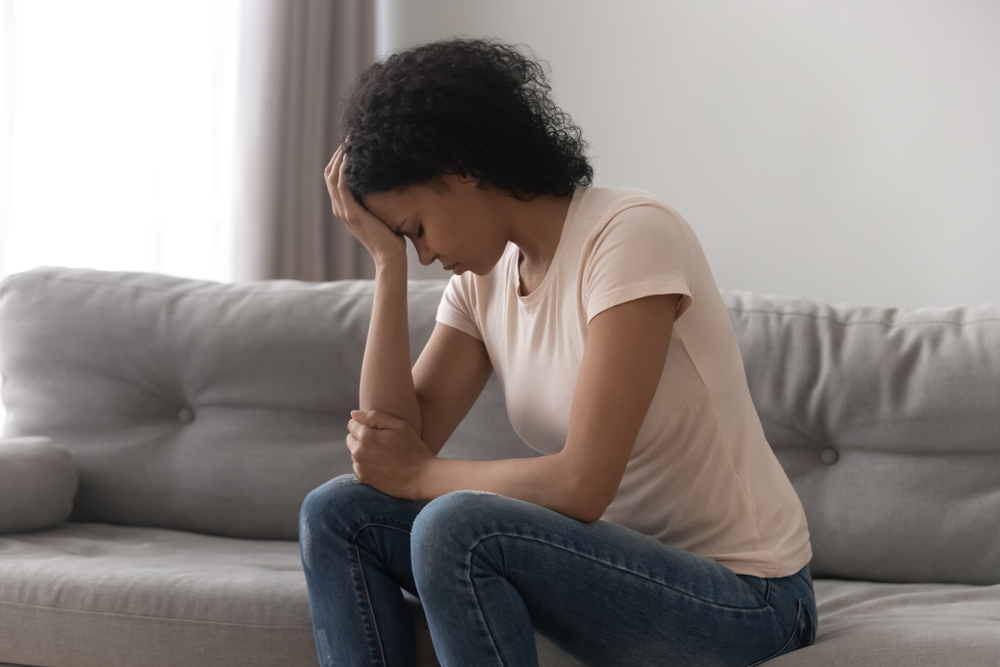 Meaning: To feel sad or depressed about something.

Usage: Can you call Sally and try and make her laugh? She’s feeling blue after Mike left. 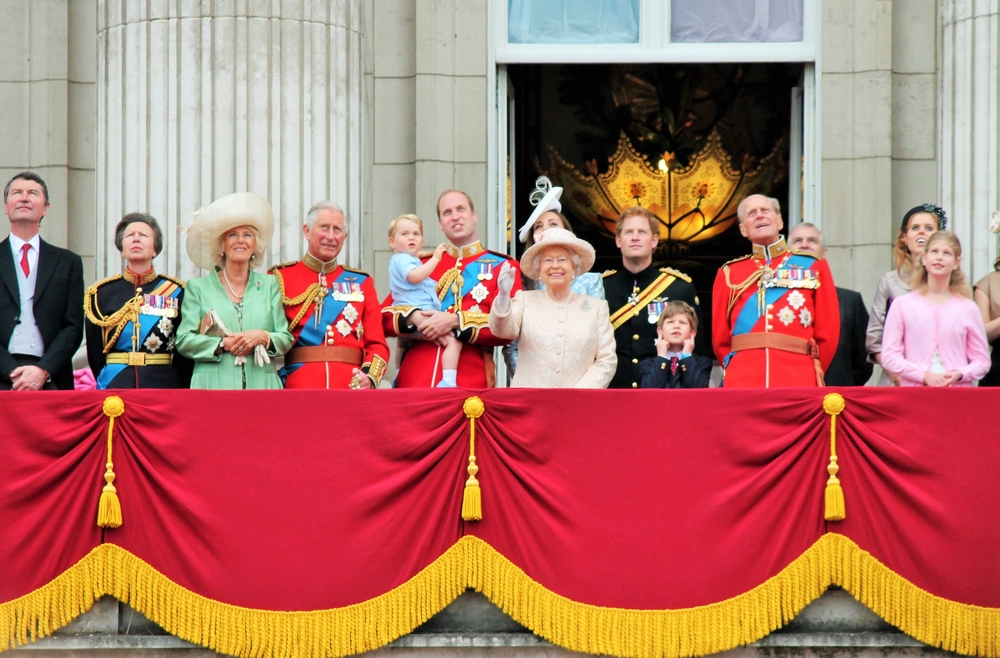 Meaning: If a person has blue blood, they come from a wealthy or royal family.

Usage: It’s no surprise he likes to go to the opera. He’s got blue blood.

“Out of the blue” 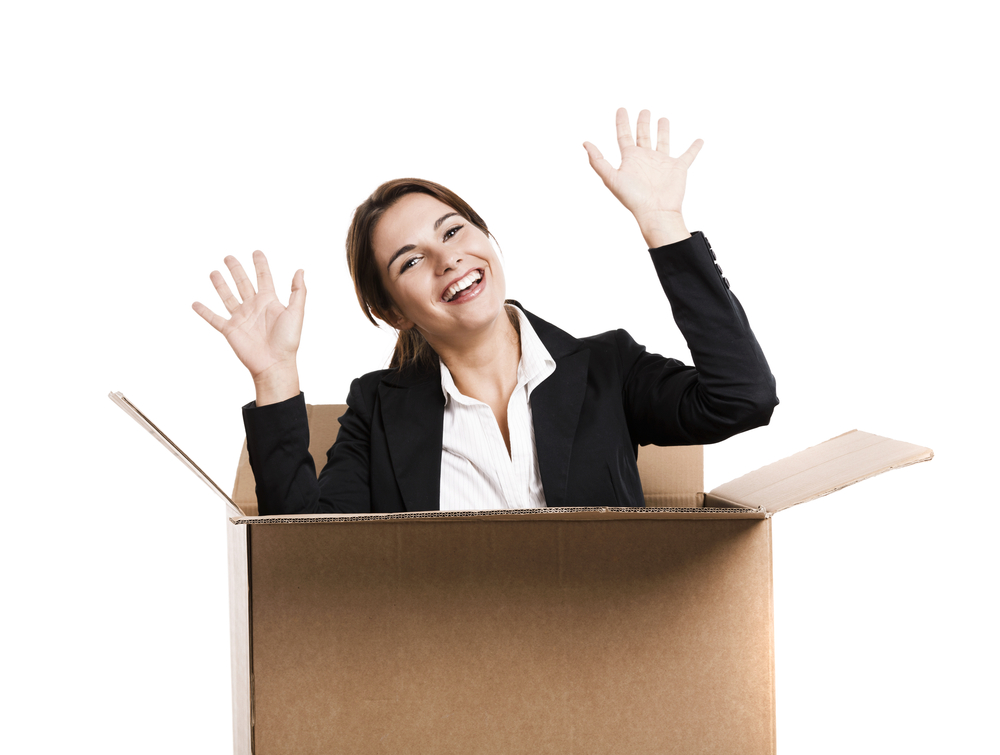 Meaning: Something happens unexpectedly (by surprise or without warning).

Usage: Mary just showed up at the house out of the blue yesterday. We thought she was still in Europe. 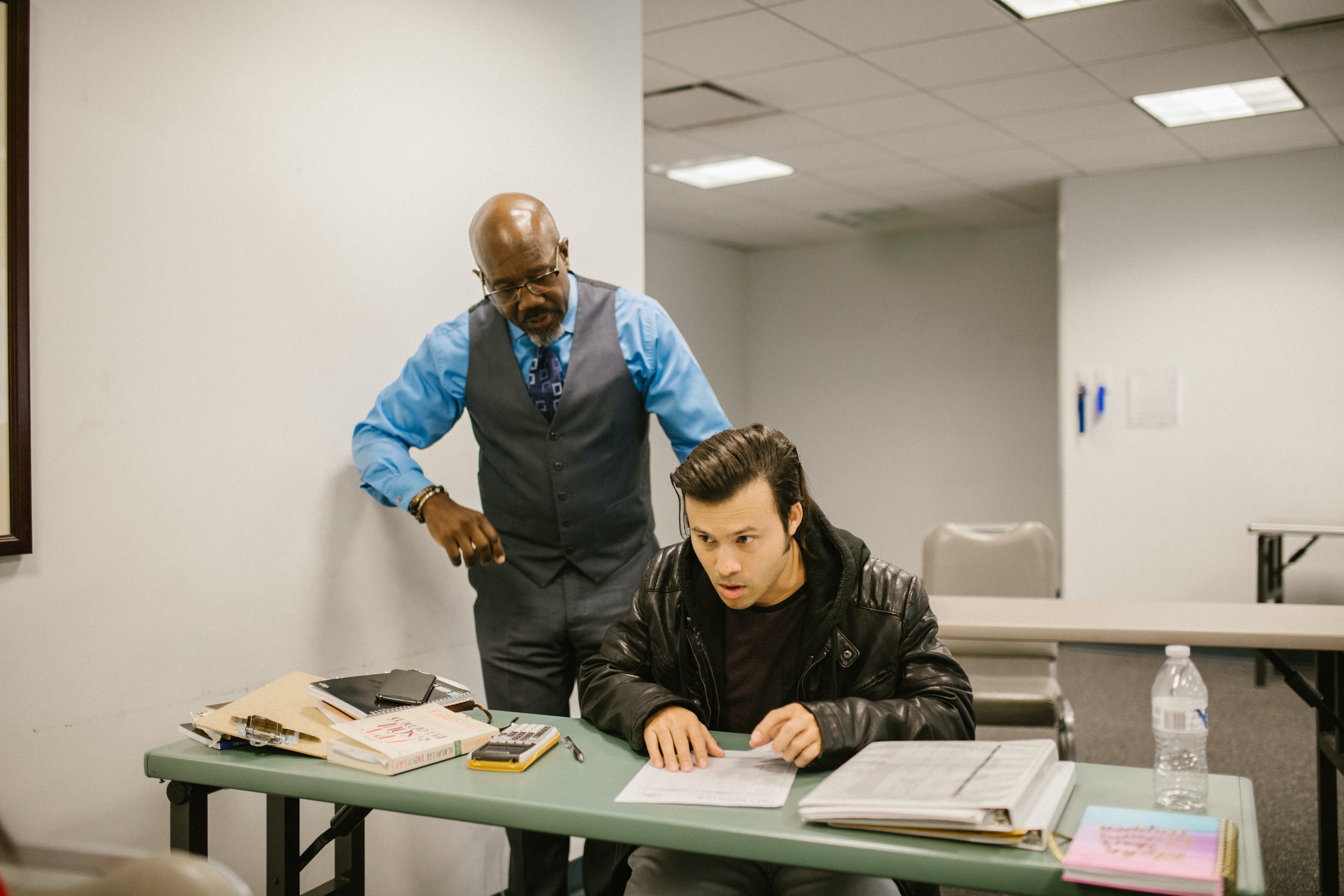 Meaning: To catch a person doing something they were not supposed to be doing.

Usage: We caught Jake and Julia red-handed. They were hugging and kissing even though they deny it (say it’s not true).

“To paint the town red” 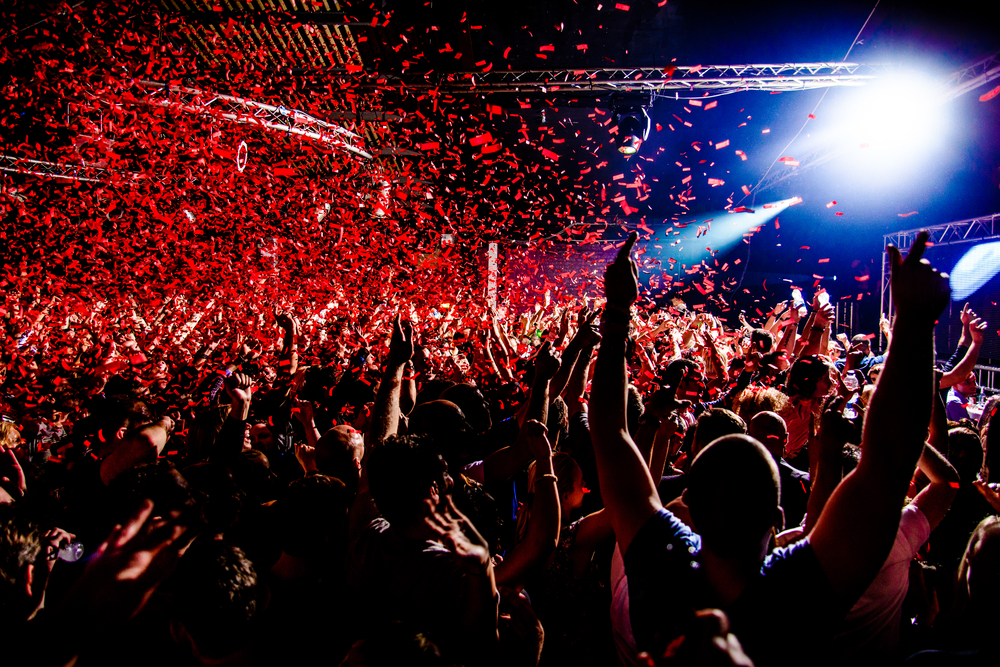 Meaning: To go out and have a good time partying.

Usage: Our exams are finished. Now it’s time to go out, celebrate and paint the town red. 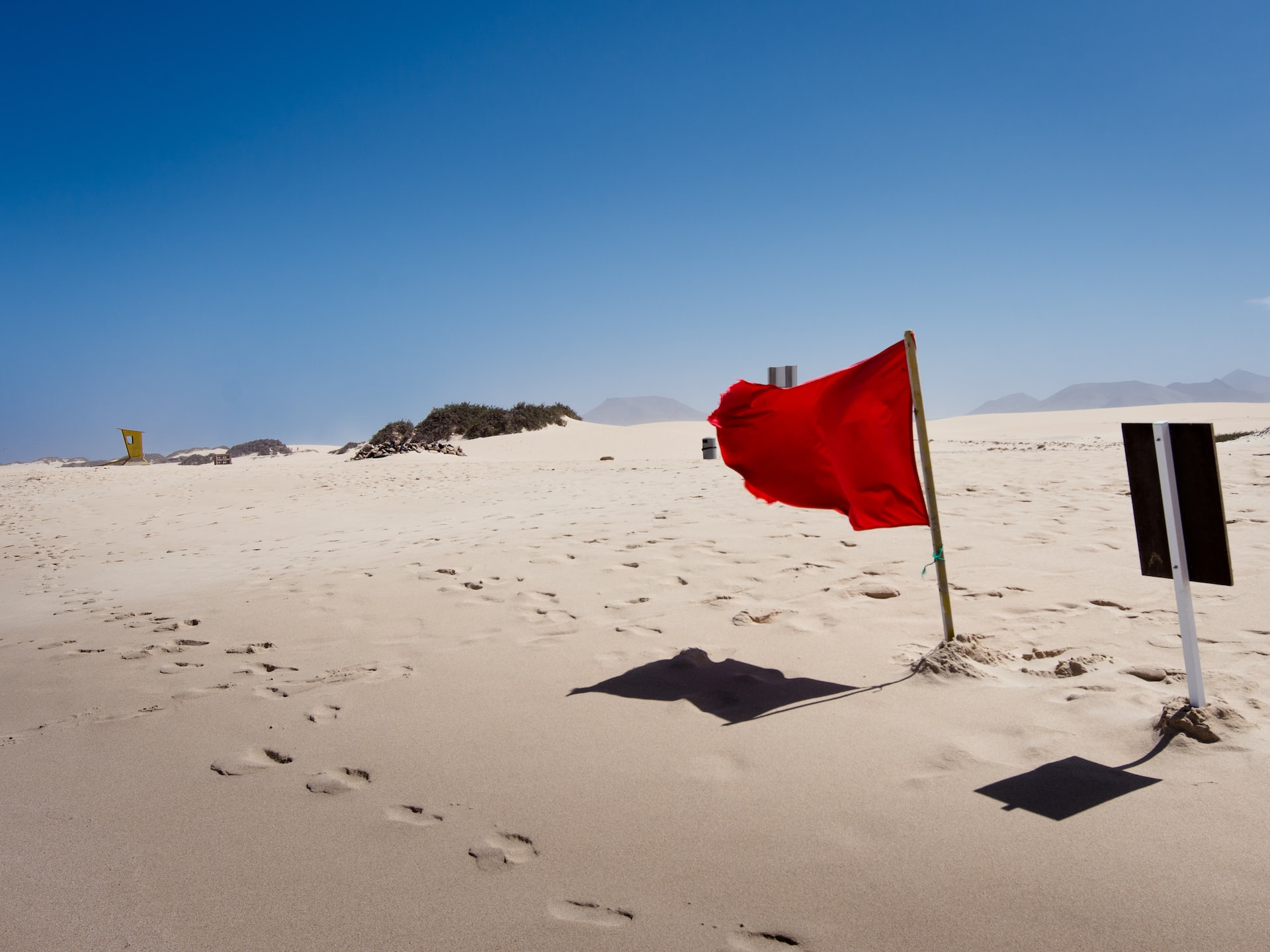 Usage: Even though there were red flags in the relationship, Alice ignored them. Now she’s getting a divorce. 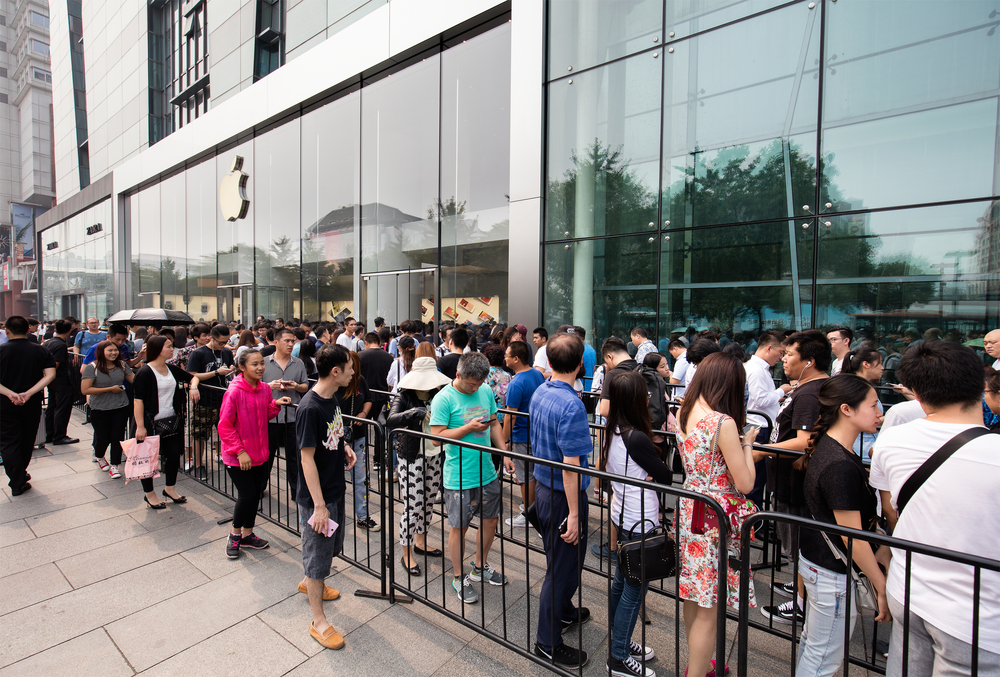 Meaning: To be in high demand, something that everybody wants.

Usage: When iPhones first entered the market, they were red hot. Shops sold them all quickly, and people had to wait to buy their new phones. 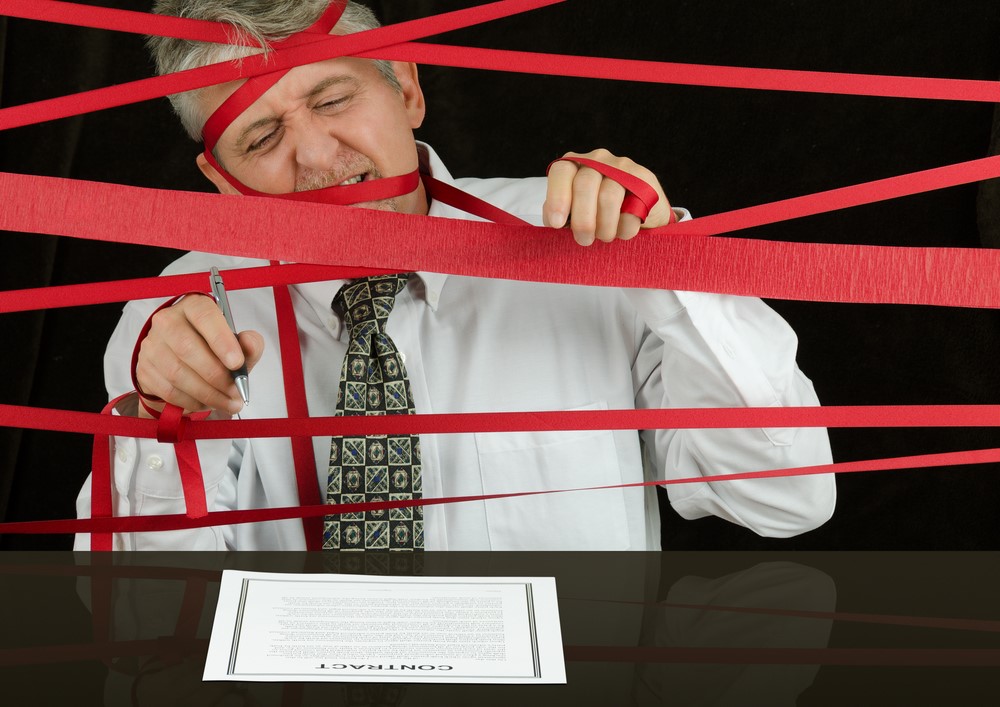 Meaning: Too much formal paperwork to do something.

Usage: When people apply for a visa for another country, there’s usually a lot of red tape.

“Roll out the red carpet” 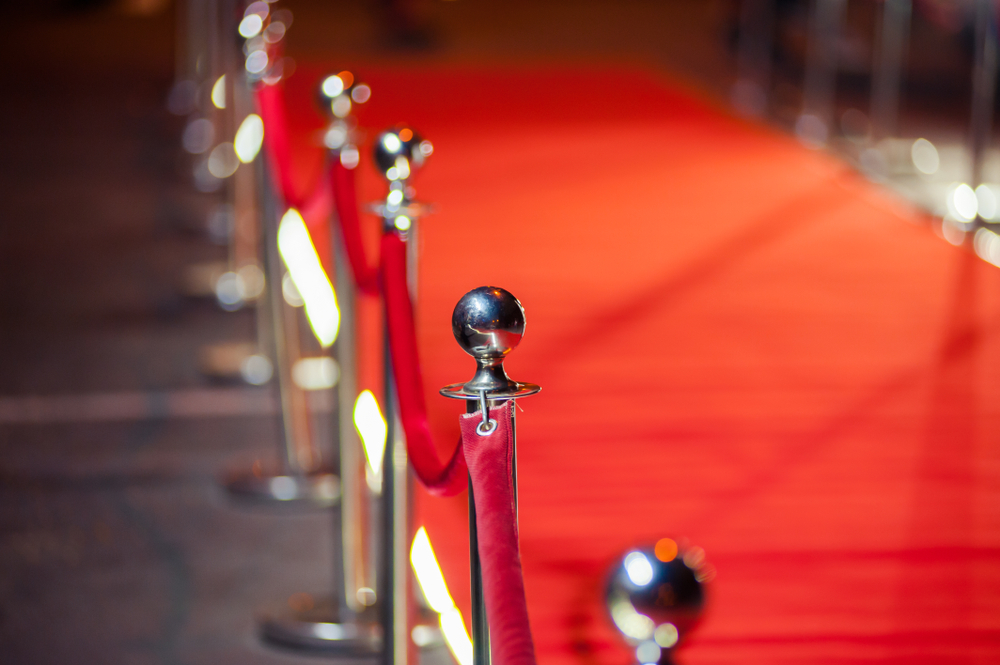 Meaning: To greet and welcome a person with a lot of respect and celebration.

This idiom comes from Hollywood! When actors and actresses turn up at a special event, they’re given special treatment, and they walk down the red carpet.

Usage: Simon is the favorite child. Every time he returns home to Australia, his parents roll out the red carpet for him.

“Get the green light” 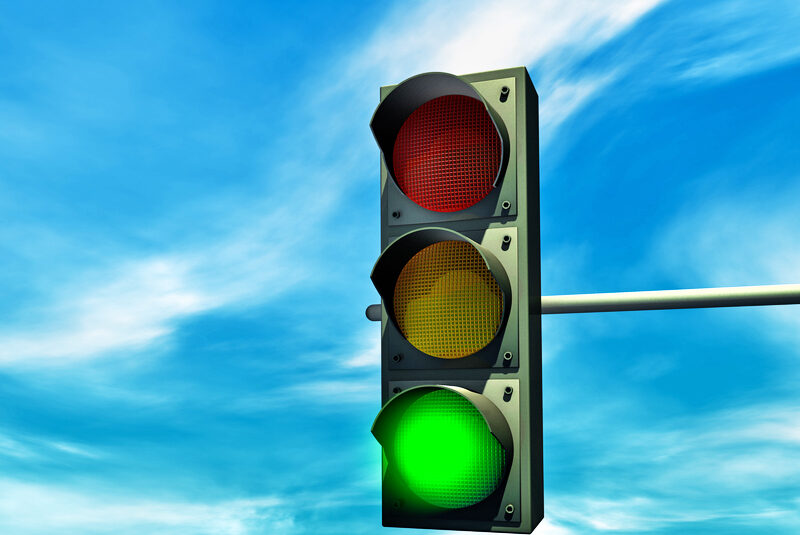 Meaning: To get the sign that it’s now okay to do something. To be given permission.

Usage: After two years of waiting, the Smith family was given the green light to build a house on their land.

(Cultural note: In many countries in the West, you have to get special building permission to build on your land. It can take a very long time sometimes.) 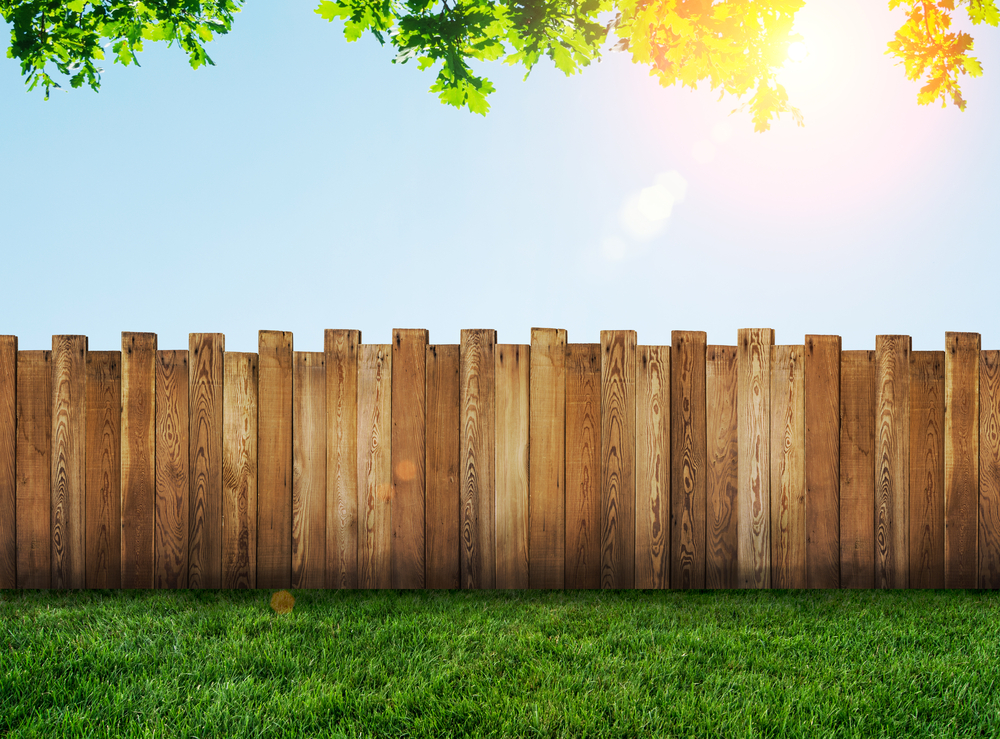 Meaning: The idea that things are always better in another place. Everything is better than a person’s current situation.

Usage: Many people still see America as the land of dreams. But what they don’t realize is that the grass isn’t always greener on the other side. 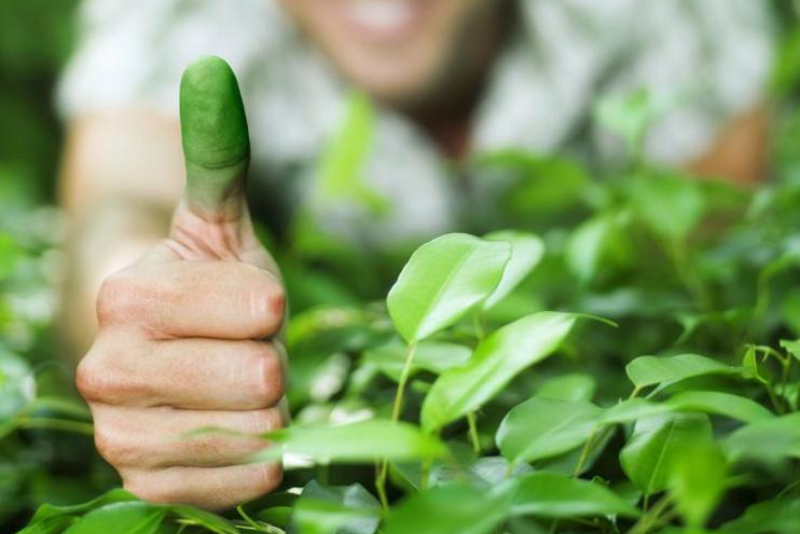 Meaning: Talent for gardening and working with plants.

Usage: My grandmother has a real green thumb. Every sunny day, she’s outside planting more flowers in her garden.

Why You Need to Know These Colorful Idioms

The key to speaking more like a native English speaker is to use and understand everyday English expressions.

There’s slang, and then there are idioms. Both are very fun ways to boost your English vocabulary and cultural knowledge.

One of the most popular themes for idioms is color.

Color is used everywhere in the world to convey (give) meaning, and it symbolizes different things in different countries. In the US, the color of death and mourning is black, while in China it’s white.

Quite often, a color is connected to a feeling or state of mind. Color is also used in expressions to brighten up our language and make it more interesting.

English is an extremely colorful language. It has many ways of expressing the same ideas, so having a diverse vocabulary is important.

The idioms above are just a few examples of our colorful language. When you begin to understand everyday idioms, you’re one step closer to sounding like a native speaker!