Do you love languages?

Believe it or not, you’re in the minority.

Most people don’t think much of languages one way or another. A lot of monolingual people would even prefer to stay that way.

That seems strange to me. There are very few downsides to learning foreign languages. In fact, I can’t think of a single one.

And upsides? Well, there are more than I can count.

Once you start counting all the advantages to being multilingual, you’ll be excited to enroll in your first language course.

Here are three big multilingualism advantages to pump you up!

Hola, Bonjour, Ciao! 3 Ways Being Multilingual Will Change Your Life 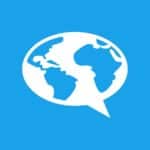 You might be wondering how you should even start your journey to multilingualism. Do you like learning languages with music and fun videos? Then you’ll love FluentU!

Videos are conveniently organized into lessons, so you can easily work towards a particular objective, topic or skill. Each video also comes with flashcards and exercises to help you remember the words even after you’ve finished watching.

Choose FluentU if your goal is to cover everything and stimulate every skill, fast. Watching authentic videos might just be the fastest (and most fun) way to become multilingual!

Stand Apart from the Rest

Take a look at a classified ad board for any city and conduct a search for different foreign languages.

But that’s not necessarily true.

There are lots of multilingual people out there. But there are comparatively few who have successfully learned another language as an adult, especially in English-speaking countries like the United States.

Whether you took courses or learned by yourself, the fact that you stuck through such an involved process means you’re a hard worker and someone your boss can rely on.

Of course, when you’re applying to a job where your language skills are a key asset, you can’t pull off any bluffs.

In my experience, employers who put “bilingual speaker” in the job ad won’t mind if you don’t speak perfectly, as long as you don’t cause any problems. For example, if the job is to answer phones and make appointments, you don’t necessarily need to know all the words about restaurants in your target language.

Don’t apply unless you know you can handle what’s needed. In the interview, be honest and let the employer know how you can use your language skills to get the work done.

Multilingualism brings another huge bonus to your job: the one on your paycheck.

First of all, a multilingual employee might be placed on a higher pay grade from the start based on their skill set. For example, the U.S. military pays an automatic monthly bonus just for having passed a proficiency test in another language.

But there are more perks.

You might be the employee chosen to go overseas for business if you can speak the language. You might be asked to sit in on meetings with international clients and take notes. You might even be consulted about a campaign or an expansion in a foreign market.

Having a range of language skills suddenly opens you up to gaining all kinds of experiences, and those will only snowball over time.

So don’t think of your earning potential as just being for the next paycheck. Being multilingual will affect your entire career.

Be Accepted with Open Arms

In countries with non-global languages, such as Vietnam, no one expects a Western tourist to know a word of the local language. It’s not necessarily a bad thing when people don’t speak it—that’s just the status quo in their tourism industry.

If you put in the effort to change that status quo and show that you’re willing to understand their way of life beyond a surface level, you’re seen as far more than just a tourist.

People suddenly become much more patient with you. Doors open and red tape evaporates. In short, everything starts going well.

Experience Culture in the Original

Everyone can name a handful of classic foreign novels that people “should” read in the original.

I know someone who learned Russian with a dictionary and a copy of “War and Peace.”

But language and culture go far, far beyond great books.

Native speakers of French or Russian don’t just sit around discussing Alexandre Dumas and Leo Tolstoy. They watch late night TV, make memes and have the same hobbies as anyone else.

I know another person who taught himself Portuguese so he could be part of the Magic: The Gathering community in Brazil. He spends his free time reading discussion forums and watching match commentary videos, and by his description, the community is way more interesting than the English-speaking Magic community in the area.

I myself have found a couple of excellent guitar tutorials on YouTube that exist only in foreign languages. Some songs or music genres are absolutely astounding but for some reason haven’t taken off in the English-speaking world.

Just look at K-pop, for instance! That’s a modern-day pop culture phenomenon that has inspired huge numbers of people to learn a language very different from their own.

Is it likely that Korea is the only place with amazing pop culture?

Absolutely not. Learn foreign languages, and you can experience multiple countries’ pop cultures as they’re meant to be experienced.

Believe it or not, the process of learning a new language positively affects almost everything else you do.

When you learn something new, your brain makes connections to things you knew previously. Think of it as your brain drawing a line from one memory to another.

Except it’s way, way more than one line.

Every time you make a memory, your brain associates that memory with everything in your environment at that time.

When you recall that memory later, you make a zillion different links. Your emotional state, your learning environment, anything that floats into your mind as you perform that recall—it all gets meshed together in a multidimensional web.

And when you learn languages, your brain is constantly in that state. By committing to memory thousands of words, structures and pronunciation rules, you’re keeping your brain moving at top speed.

In other words, learning a new language now will make everything you learn in the future sharper, clearer and easier to recall.

Compound Your Experience over Time

Let’s come full circle—one benefit of multilingualism is that you can pick up new languages faster.

For all the diversity in languages across the planet, there are a lot of surprising similarities.

A lot of totally unrelated languages share similar sounds. The more sound systems you pick up, the faster you’ll acquire a native accent in a new language.

Learning to trill your R through Italian or Russian, for instance, will serve you well in Kannada and Tamazight, too.

Also, there are only so many ways you can make a sentence. If you know the basics of Malay and Mandarin, the convoluted grammar of Vietnamese suddenly becomes totally transparent… even though those three languages are unrelated!

A more obvious example is shared vocabulary. It’s said that English speakers are already familiar with thousands of French words simply because these terms are shared between the two languages. Likewise, learn Italian, and suddenly Spanish and Portuguese open themselves right up.

With all the languages out there, it doesn’t take much of a push to start learning them more quickly.

Even with all these great benefits of learning more languages, some people just do it for plain fun.

It’s kind of like solving a puzzle… a vast, ever-changing puzzle that challenges you in a dozen different ways at once.

And maybe that’s what we all need in life: a balance of intrinsic and extrinsic factors that pushes us to develop ourselves more and more.

Why not get started now?