Language! What an incredible tool humanity’s made for itself.

It’s how we communicate. How we express ourselves. How we make art and share love.

However, language can present a problem or two. Especially for you, the traveler.

There are so many languages in this world (roughly 7,000), and someone who travels abroad may struggle to connect with locals due to language barriers.

A complicated conversation could strike up between your peers and you can’t pinpoint the words they’re using. You might find yourself in a dire situation and have to ask a stranger for help but don’t recall what phrase to use.

Luckily, translation apps are there to make your life a heck of a lot easier in these kinds of situations.

I found the five best translation apps available so you can choose the right app for your trip abroad.

Let’s look into why translation apps are so necessary for the international traveler.


Why Should I Have a Translation App on Hand When I Travel? 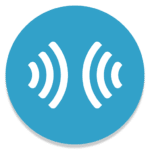 It’s perfect for one-on-one conversations with a new friend. Use this app while you’re still in the beginning phases of learning a language, and you’ll still be able to connect with people.

Here’s how it works: Simply type or say a phrase that you want to communicate to someone. Then select the language you’d like to have that phrase translated into. An audio recording of the translated version of that phrase will play.

Hand your phone off to your buddy and they can do the same thing, back and forth. A multilingual conversation has never been easier.

SayHi Translate can translate dozens of common languages, so there’s a good chance you’ll find the language you need. There’s also quite a bit of dialect support, which is great for picking up nuances in different languages.

The best part? These features are totally free! 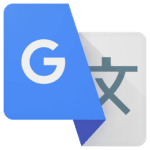 Google Translate is definitely one of the most well-known translators out there.

It isn’t necessarily the most accurate translator, especially for languages such as Japanese or Chinese, but it has quite a few bells and whistles that earn it a spot on this list.

If you’re learning a language that uses non-Latin lettering, such as Russian or Korean, you can draw out a particular character that you want translated. Then select the correct character from a dropdown list. This is handy if you need to translate a sign or something simple but can’t just copy and paste the text into the app.

In that same vein, Google Translate also offers a really useful live translation feature. Simply take a photo of something, such as a package label or restaurant menu, and Google will automatically translate the visible text in the photo.

Overall, Google Translate has some awesome features and has dozens of languages to choose from. And it’s totally free! 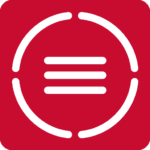 Don’t want to use up all your data by translating stuff? TextGrabber is perfect for you. It’s always good to have an offline app handy in case you can’t access data or Wi-Fi.

TextGrabber can effectively digitize printed text from images and photos. And it can do the following things with text:

While many of the apps on this list boast the live translation function, TextGrabber has enough unique features to make it stand out from the crowd.

Oh, and did I mention that it’s free? Some in-app purchases are available, but most of this app’s functions don’t cost a dime. 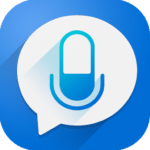 The biggest feature of Speak & Translate is its ultra-quick voice and text translator. It’s simply designed and very easy to use, plus the voice translation is surprisingly accurate even in loud areas. 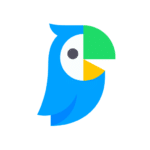 Naver Papago Translate takes simplicity to the next level by being aesthetically pleasing and extremely user-friendly.

You can translate text, recorded audio or captured photos. You can also receive a real-time interpretation of recorded audio, so if you need to order a meal or ask for directions, doing so is easy with this app.

Naver Papago Translate even has fun language-learning features, including a phrasebook and illustrated flashcards. There are only 13 supported languages thus far, but you get a ton of content for each language.

Papago is free to use, as well.

Do you feel a little bit more secure about traveling abroad with these awesome translation apps available?

Communication is crucial. Without it, we would miss out on making friends or finding our way around new countries. With these apps, don’t miss a thing!