Want to Learn a Language Abroad? Choose from These 6 Travel Programs

The first time I heard someone speak in a different language, I had an epiphany.

I realized people communicated in different ways, and—wow!—I could learn how to interact with them.

I was so excited about the weird sounds of those words I couldn’t yet understand. My mother tongue is Portuguese, and that first foreign language I heard as a child was English. I started studying this second language straight away. I was so enthralled by the idea of being bilingual that by the age of 12 I could speak English fairly fluently.

When I was a kid, I instinctively understood that a foreign language would make the world so much bigger for me and provide access to more information.

As I grew older, I realized that mastering one or more foreign languages gives people a competitive edge, enables more social interactions and, according to science, makes them smarter.

These days, there are many ways to learn a foreign language—from apps to one-on-one sessions and language schools.

For many people, the most surefire way to learn a language is to spend time in a country where the target language is the mother tongue. To cater to that demand, organizations all over the world offer programs to language learners, often with some intriguing add-ons to make the experience more stimulating and enriching.

I’ve curated a selection of six programs across the world, each focused on a different language.


Why Travel Abroad to Learn a Language?

A language trip is your ticket to immersion in a language you’ve always wanted to learn.

It’s also an opportunity for a sabbatical or gap year. If you can only study a language abroad for a week or two, it’s still worth the journey. But if you can spend months doing so, you really take advantage of your immersion experience and take a break from your usual routine.

Learning a language abroad is an adventure that will enable you to make international friends (both with locals and fellow expats) and experience a new culture firsthand.

What to Know Before You Learn a Language Abroad

Like everything in life, traveling abroad to learn a foreign language also has its challenges.

The most obvious hardship is the money you’ll spend to get there. (Not to say the price isn’t worth it!)

Another problem is the risk of getting stuck in an expat bubble. There’s a good chance you’ll meet people from your home country when staying abroad. Or at least people who are fellow native English speakers. If you form a clique with them, you risk missing out on rich interactions with locals and returning home feeling like you never left your country in the first place.

Another issue is the temptation to have more fun than actually study, start skipping classes and not do any homework. The consequence is wasting a golden (and costly) opportunity to learn the language you’ve always wanted to learn.

With all these benefits and challenges in mind, now we’re ready to look at some of the best options around the world.

Want to Learn a Language Abroad? Choose from These 6 Travel Programs

Study Spanish and Surf in Peru 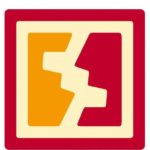 Are you the sporty type with a special love for the ocean? Combine your passion for the outdoors with a desire to learn Spanish, and it sounds like this program is for you!

Surfing in Lima is a language program offered by Hispana Idiomas (Hispanic Languages). The program takes place in Lima, the Peruvian capital, and is exactly what it sounds like: A Spanish and surfing program!

Peru is home to renowned attractions such as the Inca citadel Machu Picchu, Lake Titicaca in Puno and a section of the Amazon rainforest.

Hispana Idiomas boasts that Lima’s coastline is blessed with perfect waves all year and that students can enjoy them in settings not yet spoiled by mass tourism. (Fret not, you’ll receive full training before braving the Pacific waves!)

The school and accommodation are about 20 minutes by foot from the beach where all the action takes place.

Learn Japanese Outside of Japan 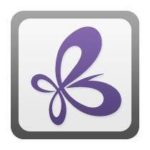 Studying Japanese abroad is a great idea… but you don’t necessarily have to go all the way to Japan.

The Japan Foundation (JF) offers courses in 31 international cities, attracting tens of thousands of students looking to learn the language.

The organization complies with the JF Standard for Japanese-Language Education, which defines Japanese language proficiency, level classification, goal setting and evaluation methods, similar to the Common European Framework (CEFR) method adopted in Europe. Basically, this standard evaluates how proficient you are in the language.

Besides the language, JF students enjoy a range of cultural events to get a taste of Japanese music, film, art and cuisine. These experiences add tremendous value for learners, considering how rich Japanese arts and heritage are.

Learning Japanese in a country other than Japan probably sounds a bit weird. However, doing so helps you kill two birds with one stone.

For example, São Paulo, Brazil, has the largest Japanese population in the world outside of Japan. Japanese culture is a prominent feature of São Paulo city life.

Studying in these alternative destinations can be a huge benefit if you can’t afford to fly to or stay in Japan—but a flight to Brazil, Sydney or Toronto is much more feasible for you.

Or maybe you’ve always wanted to explore one of these countries. You can study a language you love while also traveling to a new place! 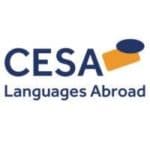 For many non-Europeans, French culture contains some of the most quintessential European elements, such as quaint architecture, a slower pace of life, romance and… wine. And why not learn French with a bit of vin (wine) to accompany it?

The course starts at pre-intermediate level (CEFR A2) and includes 20 lessons lasting 45 minutes over the course of a week. Classes can hold a maximum of 12 students. The school also provides accommodation in local households.

Because each class only lasts a week, this is the perfect course for a French student with limited time to study a language abroad.

You’ll take lessons in the mornings, followed by afternoon tours of local vineyards. During these excursions, students take part in wine-tasting sessions and listen to lectures on the topic. In French, of course! 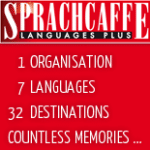 Munich is an excellent option for those interested in a more authentic German experience, despite not being as hip and trendy as the country’s capital, Berlin.

The capital of Germany’s Bavaria region in the southeast corner of the country, Munich is one of the wealthiest cities in Germany. It’s also home to the famous beer festival, Oktoberfest, which attracts visitors from all over the world.

Sprachcaffe offers a range of courses in the city. Classes have a one-week minimum with an average of 20 lessons per week. One-on-one courses are also available.

The school provides a list of families who open their doors to students interested in homestays. This accommodation will give you an even more authentic Bavarian experience and let you practice your German outside of the classroom.

Learn Chinese in Beijing or Shanghai 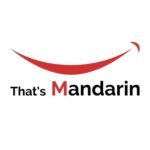 The World Economic Forum lists Mandarin as the second most powerful language in the world. (English is number one.)

If you want to learn Mandarin in China, That’s Mandarin offers a range of courses in futuristic Shanghai or the massive, sprawling capital city of Beijing.

The school promises an intensive, fast-track program to learn Mandarin. And studying in China will definitely help you learn the language quickly!

The website claims you can complete one level of study in just four weeks. That’s Mandarin only allows six students per class, so you’ll receive personal attention to improve your language skills.

Most courses start every Monday. You can enroll for four, eight, 12 or 16 weeks. 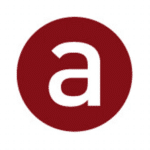 Italy’s most progressive and liberal city is the perfect setting to learn Italian.

Bologna is home to the University of Bologna, the world’s oldest university in continuous operation. As a result, nearly 100,000 young scholars have flocked to the city. The student population gives Bologna a cultural buzz that’s unparalleled in Italy. The gastronomy, sophisticated art scene and tens of miles of porticoes certainly don’t hurt, either!

If you enroll in Arca, a well-respected language school in Bologna, you can choose from a range of short- and long-term courses. The school offers fun themed courses, such as Italian at the Cinema and Italian in the Kitchen, among others.

Arca provides a range of accommodation options. If you have some extra cash, treat yourself to a package that includes staying in a 16th-century aristocratic residence in the heart of Bologna’s cultural district.

If you go abroad to learn a language, make the most of it. Stay open to new opportunities, avoid comparisons with other countries and be adventurous. Traveling is one of the most amazing gifts you can give yourself.

Enjoy the journey, and good luck with the language learning process!

Antonio Pasolini is an EFL teacher and translator based in Brazil. He lived in Europe for 13 years, where he developed a taste for traveling he just can’t shake off… and doesn’t want to!