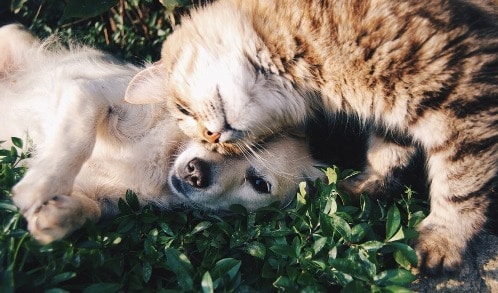 You’re Getting Warmer: 20 Spanish Terms of Endearment for Sounding as Warm as a Native Speaker

Did you know that Spanish is the most widely spoken Romance language in the world?

Even though the word “romance” in this context technically refers to a language which evolved from Latin, Spanish can also be very romantic!

The language is filled with love and charm and there are many terms of endearment for you to learn.

While many of them are fun and easy to pick up, they can also get a little confusing at times.

But hey, nobody ever said love was easy, right?

There are some boundaries to consider when using these words—but that depends on which region you’re in, the age of the person you’re speaking with, how well you know the person and other details.

Don’t worry about that, though! This article will give you all the specifics you need to know. And luckily, Latin American cultures are generally known for being some of the most friendly and welcoming, so you should have plenty of chances to practice with native speakers.

So, let’s get started! Here are 20 Spanish terms of endearment to warm the hearts of your Spanish-speaking friends and lovers.

The following terms of endearment can be some of the most meaningful, as they’re usually reserved for a person that you’re intimate with, dating or married to. Usually, if used with someone you’re not dating or interested in, these could potentially send a mixed signal.

As always, the best way to see how people actually use vocabulary and phrases is by checking authentic sources, like the videos on FluentU.

Get your learning caps and hugging arms on and let’s learn some sweet words for our loved ones!

We’re starting off strong. This one means “my soul,” so you’d be right to assume that this isn’t used as lightly as the other cutesy names that lovers use. You’ll want to use this with a significant other who you’re serious about.

In Spanish, the diminutive suffix -ito can be added to most regular nouns to express their small size and/or cuteness. Many words can thus be turned into cutesy nicknames just by adding this!

So, bomboncita is used similarly to “sweetie” and is most often used as a nickname for a girlfriend.

Mi vida means “my life.” Going by the names we’ve discussed so far, it’s easy to see that Spanish speakers really know how to make someone feel special.

Mi corazón means “my heart,” and it’s a nice expression of your love while still being relatively casual. You can also use corazón on its own. Keep reading to see another way to use this term of endearment!

These next words are used loosely with children in most Spanish-speaking countries. Most of them are used by parents when talking to their own children, but they’re also often used with children who are unrelated to the speaker.

This term of endearment is probably used the most often by parents, extended family, friends and strangers alike. It’s regularly used with children unrelated to the speaker and is sometimes even used with (young) adults.

This poetic term of endearment means “my little sky” or “my little heaven,” and is often used with children but it’s sometimes said between lovers as well.

Also, it can be used like “babe” or “baby” to refer to a boyfriend or girlfriend.

This word may sound strangely familiar—and that’s probably because Chiquita is one of the most popular brands of bananas in the United States.

Chiquita is used to call a girl “little one,” and chiquito is used for a boy.

Meaning “little queen,” this one is usually reserved for young girls. Princesa, which means “princess,” is equally common for little ladies. But of course, mushy couples sometimes use these as well.

“Sweetheart” is probably one of the most common terms of endearment for children in English. Corazoncito is used similarly in Spanish and translates to “little heart.” And again, you can certainly use this one when talking to your significant other.

I know, some of these next terms would be really weird to use in English. If you’ve heard them before, they’ve probably left you feeling either confused or misguided. One thing to note about Latin American culture is that people often use familial terms for people who are totally unrelated to them!

Of course, you probably already know what these two words mean, but what’s interesting is how they’re used in many regions of Latin America.

It’s quite common to call someone who isn’t your father or mother papá or mamá. As long as you don’t get them backwards, anyway.

Since tío means “uncle” and tía means “aunt,” you might be surprised to learn that these words are frequently used to refer to people who aren’t actually relatives by blood or marriage, especially in the Castilian Spanish of Spain.

This holds true for most if not all familial words, including primo/a (cousin) and hermano/a (brother/sister).

All that matters is that the person you’re using it with is a close friend and within an appropriate age range for the word (read: in your age group, not significantly older than you).

Meaning “old man” or “old woman,” this one may seem a little offensive at times. But another thing that makes Latin American culture what it is, is that the boundaries can extend a little further.

A seemingly crass word to us can sometimes more easily be accepted in a playful and lighthearted manner. That’s how viejo and vieja can be teasingly used as fun terms of endearment among friends.

Following the above, you’ll probably think that some of these next terms could be slightly offensive. I promise, this isn’t a trick! These words are actually said with love in many Latin American countries.

Gordo is the word for “fat” in Spanish, so this one translates to something like “fatty.”

I know, you’re probably thinking about how dangerous it seems, but contrary to intuition, it’s actually used affectionately between friends and lovers in Spanish.

Somehow it doesn’t quite carry the sting that comes with calling someone a “fatso” in English, and is used quite lovingly. Gordito and gordita are also used, with the diminutive suffixes adding even more warmth. I know, you probably never thought you could use a Taco Bell menu order as a nickname—and that it would be charming!

In Spanish, descriptive adjectives commonly become nicknames. In English, it would seem a little awkward to refer to someone just as “skinny,” but this is often done in Spanish. You just need to remember to make it either masculine or feminine accordingly.

The suffix -ito can also be added to this term. However, because it ends in a -c and you need to maintain the hard K sound, it becomes either flaquito or flaquita with a q.

Loco/a means “crazy,” and is usually used to playfully refer to someone in good humor—depending on the situation, of course.

If you’ve heard this one before, I’m guessing you’ve visited Mexico before, as it’s very common in Mexico and nearby countries.

It’s mainly used between male friends and can be compared to how “dude” is used in English.

Unfortunately, there isn’t a female counterpart for this word, and using vato to refer to a woman would probably get you some laughs or strange looks.

These next words aren’t as exclusive as the above. They’re often to refer to people who one may not know very well or even at all, and they can also be situational.

Meaning “poor little one,” this one is said lovingly to someone who has gained your sympathy. It’s often used to refer to someone who’s sick, busy, tired or in various other negative states of being.

Meaning “cute,” “cool” or generally “nice,” this term is used with people of all ages—but only in Spain and certain parts of Latin America. In other parts of Latin America, this can sound old-fashioned or negative. In the regions where it is used, chulo/a can be used to express interest in someone and when speaking casually with friends, children and others.

Translating to “pretty,” “good” or “nice,” this one isn’t reserved only for women as it is in the English language.

This word can also be used in exclamation. “¡Qué lindo(a)!” is said to compliment anything and anyone, much like “how pretty!” is used in English.

And there you have it. You’re now twenty times more charming!

At least, most Spanish speakers will think so.

Get out there and start being affectionate!

How to Use Spanish Demonstratives to Talk About This, That, These and Those
Latch On: 18 Spanish Suffixes You’ll Never Want to Let Go Of