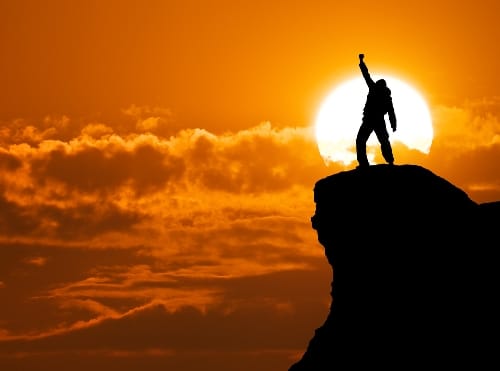 The modern world is a hectic place.

It makes us look at everything as a cost versus benefit situation.

You might ask yourself “why should I find the time to learn a new language?”

Everyone knows it’s hard work to learn a new language.

And it’s not just about the work you put in—it’s about becoming familiar with new words, phrases, grammar and sounds over a long period of time.

This article will explain to you why learning a new language isn’t a chore, but something amazing that can improve almost every aspect of your life!

Remember the scene in “Wayne’s World” when Rob Lowe’s character orders Chinese food in flawless Cantonese? Remember how impressed everyone was—including Wayne’s girlfriend, Cassandra? The movie may have been a screwcap comedy, but that scene hit the nail right on the head.

The fact is, people love it when they find out you can speak another language. In their eyes, you suddenly become 100% more interesting. Early in the movie “Braveheart,” William speaks to Murron in French. Anyone who remembers the scene will know it’s the moment when she realizes she’s falling in love with him.

Language has that strange power over people.

If you’ve ever been at a party where someone sat down at the piano or picked up a guitar and started playing beautifully, you’ll know what I’m talking about. People just gather around. We love being surprised by hidden talents.

Imagine being able to order your meal in Japanese on a first date or joke with the waiters at the local trattoria in Italian. This is James Bond-level coolness. Nothing screams sophistication like fluency in another language.

The world seems like it shrinks a little every day. Rapid globalization means that doing business with people from other countries and continents is more common than ever before. On one hand, learning another language is being a responsible global citizen. On the other hand, it gives us an edge professionally.

It’s hard to overstate just how much people enjoy it when we make an effort to speak in their language. Even if we make mistakes, attempts are always appreciated! It might just be a local greeting or a super polite thank you, but you’ll always be the foreigner who tried to speak Korean or French. You’ll be remembered.

If a Japanese company has to make a choice between two equally impressive presentations, who’s going to win that contract? Will it be Joe Bloggs who delivered everything in English? Or will it be you, who stood out by showing off your newly-acquired language skills?

Put yourself in an employer’s shoes. Imagine you’re holding two resumes. Both are almost identical. One of the applicants speaks German in addition to English. The other speaks only English. Who do you think has the edge?

3. Unlocking the door to the rest of the world.

Recent graduates will know how tough the job market can be at home. But further afield things look brighter.

With college debts to pay off, it’s increasingly common for fresh grads to head to Japan or Korea to teach. There are plenty of skills shortages in Europe. Booming China is always on the lookout for highly educated workers. Natural resources abound in Latin America, the Middle East is rich in oil…the possibilities for employment abroad are diverse and endless.

What better way to secure a lucrative international position than by having some of the local language already mastered?

Don’t let life pass you by. If you feel career opportunities are limited at home, look abroad. Your country is your home but outside the front door is an ocean of possibility, and learning another language is the key to opening that door.

People take you seriously when you’ve mastered another language. It takes discipline and intelligence. Subconsciously or not, people recognize this.

Take it from someone living in a foreign country: everyone respects the people who can speak the local language. Expats admire your intellectual abilities. Locals are flattered that you’ve embraced their culture. It really is win-win.

But learning a new language isn’t just about looking good. It’s about feeling good and discovering new things. You truly begin to understand a foreign culture when you speak the language, but to understand Russia we don’t have to read Tolstoy.

We gain our greatest insights into a culture from simple things. Old proverbs, for example. Conversations with taxi drivers. Cabbies invariably know about the best bars and restaurants. If you really want to make the most of that weekend abroad, be able to chat with your driver. You won’t regret it.

Not only will they know the secrets that let you explore their city like a local, they’ll also be able to give you the latest gossip about local celebrities and politicians. Why taxi drivers? Because at some point they or their colleagues have driven these people somewhere! Plus, they’re talking to different people all day long while doing their job, and they’re always on top of the big local scoop.

When we want to get our news fix at home we read a paper. We seldom do this abroad because we don’t speak the language. But interesting news stories hidden in the corner of page 12 reveal the quirks of a foreign culture. A local pop star has been arrested for causing mayhem on a flight? You might not read about it at home, but it sure is fun to take a peek into this other world.

As Bill Bryson once said of reading local newspapers, “What a comfort it is to find a nation preoccupied with matters of no possible consequence to oneself.” “It is,” he says, “like going through a stranger’s drawers.”

5. Being good to your brain.

By now you’re aware of some of the social benefits of learning a second language, but how about the health benefits? Our brain controls our entire body, yet we don’t always treat it the way we should.

Everyone knows exercise is good for the body. That’s why we spend so much time at the gym. It’s also why everyone obsesses over diets. But what about our mind? It also needs exercise to keep in tip-top shape. This is where language learning comes in.

Christos Pliatsikas of the University of Kent School of Psychology states that “Everyday handling of more than one language functions as an intensive cognitive stimulation that benefits specific brain structures and protects them against deterioration in older age.” In other words, studying languages helps to defend your brain against the onset of dementia and the general effects of aging.

So there you go. Even if you plan on travelling no further than the kitchen, the study of grammar rules and new vocabulary is the perfect exercise to keep your mind healthy.

6. Helping your mind function at its peak.

The jury is in: Learning another language makes you smarter. Studying a new language makes us see our mother tongue in a new light, giving us insights into how we structure sentences, use grammar and even how we think. Let’s look at average SAT verbal scores (by foreign language studied). They certainly give food for thought.

Students who also study Spanish in addition to English score higher than this, averaging around 560.

Let that sink in for a minute. That’s a whole sixty point difference! But wait, it doesn’t end there.

Students who study French and German do even better, with French learners scoring an average of 630 points on the SAT. This article is too short to explain the reasons for the different point averages for each language, but the message is clear. Studying new languages benefits us in ways we can’t even begin to imagine.

You’ve seen how learning a new language can impress people, provide career opportunities, open up new cultures, increase brain health and help you to do better on exams.

So what are you waiting for?

You’ve got all the reasons you could possibly need.

Thanks for subscribing! Please check your email for further instructions.