For a long time, I thought they were just interesting, brainy videos that go viral sometimes. I’d never considered using TED Talks for my language studies.

But, it turns out, this bite-sized resource is an effective and accessible way to get better at listening to native speakers.

Now, I recommend TED Talks to everyone who’s studying a foreign language. And I’ve got five fascinating ones for you in Portuguese!

TED Talks cover academic subject matter for the general population. This means the language and content of a TED Talk are going to be clear and simple because the talk is meant to be understood by everybody.

Here are some more reasons why TED Talks are such useful tools for the Portuguese language student:

Not only does this demonstrate a seriousness in the country’s culture to any natives you meet, but you’ll also learn who today’s Portuguese-speaking thought leaders are.

Chunking is a divide-and-conquer approach to studying a foreign language text, video or audio source. The basic strategy is to:

You likely practiced a form of chunking when you were first learning to read. Does this sound familiar?

As foreign language learners, it’s useful to return to this process. Chunking is especially ideal for shorter forms of content like TED Talks, because you can complete the process for the whole talk in a reasonable amount of time. While it might take you weeks to finish studying a two-hour movie via chunking, you can study a 15-minute TED Talk in a day’s study session.

Here’s how to adapt the process of chunking specifically to Portuguese TED Talks:

At this point in your TED Talk studying process, you should be wrestling with the concepts in Portuguese. Challenge yourself to write your summary in Portuguese, using the language of the talk.

How to Find TED Talks in Portuguese

I recommend this study method for everyone, but especially for intermediate or advanced learners. If you’ve been studying Portuguese for at least a couple months, you’re ready for this. Promise.

You have a couple of options to find TED Talks with Portuguese audio. You can head to this TEDx São Paulo YouTube playlist, this TEDx Rio playlist or the TEDx Lisbon official website.

From there, you can click on a talk and begin watching. If there are subtitles, change those to Portuguese. If you want a real challenge, remove the subtitles entirely.

Not sure which talks to watch? We have some recommendations for you below.

Language learning programs sometimes also make use of Ted Talks and can be a good place to access them alongside useful learning tools. FluentU, for example, has excerpts from TED talks along with interactive captions that let you click words for definitions, example sentences and pronunciation.

Want a challenge? Try turning off the volume and just reading Portuguese. Ultimately, try to graduate to Portuguese-language talks as soon as you can to start giving your comprehension skills a real workout.

Marina Silva at TEDx Rio: “Everyone Can Do It” 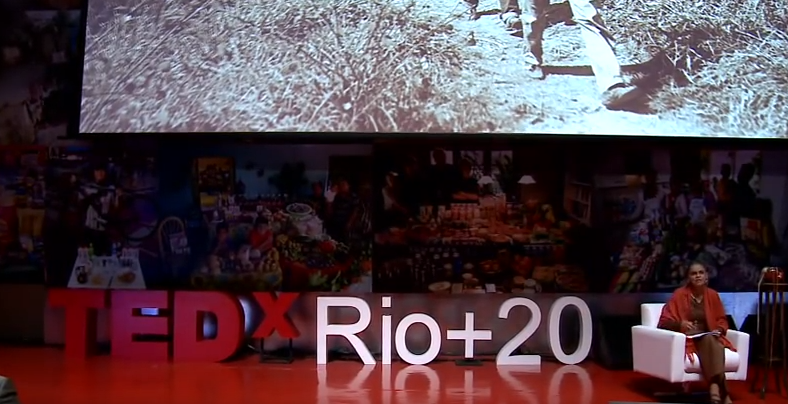 Silva is a two-time candidate for the Brazilian presidency, winning around 20 percent of the popular vote in both elections, and another election coming down the line.

In this speech, she uses her personal narrative—of how a girl who was illiterate for the first 16 years of her life became a candidate in the country’s presidential race—to highlight the possibilities of a life in Brazil.

The message she tells her listeners is: you can do anything. Not a bad takeaway for people trying to learn a new language, huh?

She speaks slowly and emphatically, with easy-to-understand language. Silva also tells many stories in this talk—can you summarize them after you’ve watched it?

Ricardo Henriques at TEDx Rio: “Development Is Not Improvised” 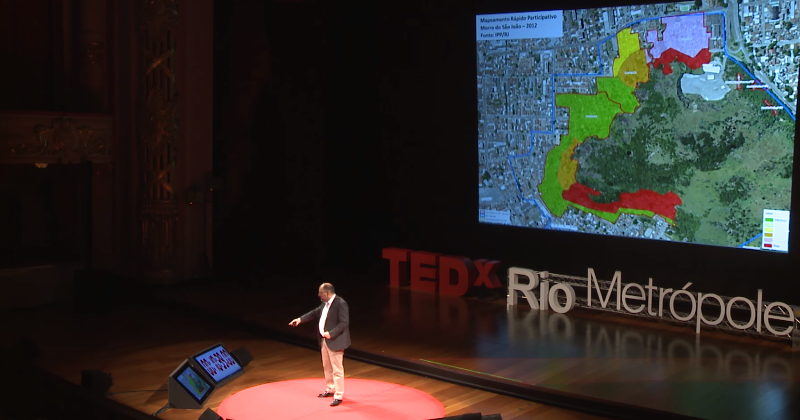 Henriques is an economist who talks about the need for sustainable development in the state of Rio de Janeiro, one of the country’s most densely populated states.

His major question is: how can Rio continue to develop in such a way that reduces inequality and allows the population to thrive?

Unlike Silva, Henriques’s speech resembles the natural speech patterns of a Brazilian, so this is a more challenging listen.

Ana and Pedro Avzaradel at TEDx Rio: “Climate + Mobility + Waste + Consumption = ‘What’s It to Me?'” 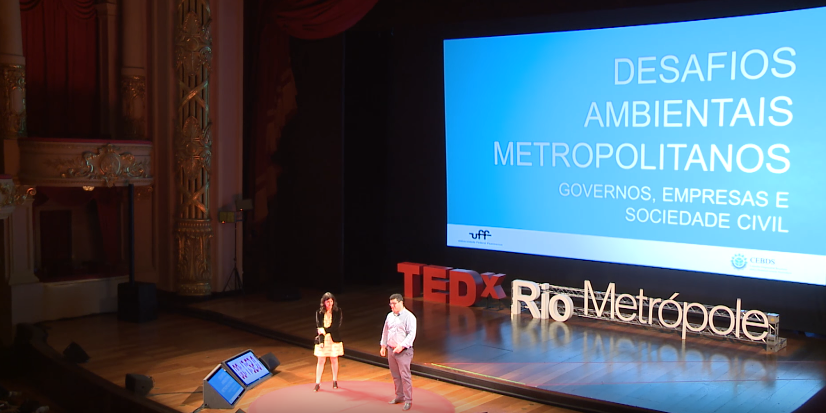 Ana is an economist and the project and content manager for the Brazilian Business Council for Sustainable Development. Pedro is a lawyer dedicated to questions of climate change, deforestation and how to protect the at-risk Brazilian society.

This is a universally applicable subject, and the talk itself is filled with sustainability-related vocabulary.

João Cavalcanti at TEDx São Paulo: “What Is the Brazilian Dream?” 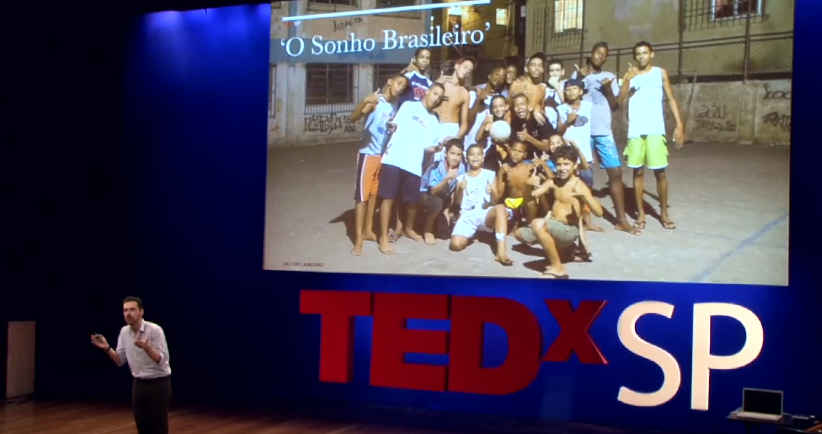 Despite being several years old, the question this talk asks (“what is the Brazilian dream?”) still faces Brazil as a nation.

Researcher João Cavalcanti looks at the concept of the mythical American Dream—the promise of social mobility in the U.S.—and wonders if Brazil has a similar promise. If so, what is it and how can Brazil use it to affirm its place in the world? If not, what could it be?

Cavalcanti’s talk is heavy on visual aids and his vocabulary is beginner-friendly, but he speaks quickly. Can you hear how his accent is different from some of the other speakers we’ve recommended?

Carla Fernandes at TEDx Lisbon: “Being a Black Woman in Lisbon” 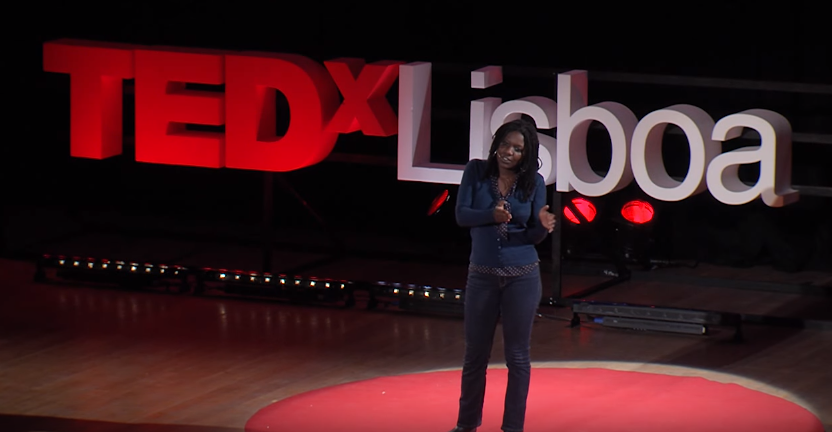 Fernandes talks about the experience and challenges of being black in the predominantly white Lisbon. If you’re interested in questions of race and identity, especially in Portugal, where the population is more homogenous than in Brazil, this is the talk for you.

Fernandes’s European accent is different from the Brazilian accents we’ve been hearing, but you should get familiar with it!

Are you ready to watch some TED Talks and practice chunking? With these new tools, you’ll understand some of the most important issues facing Brazil and Portugal today.

And your language learning will take off, too!