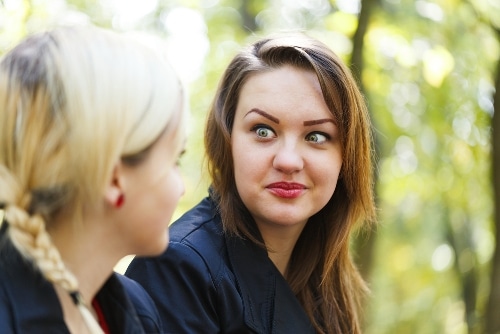 Are you a Japanese language exchange newbie?

Or have you done this before but eventually dropped out because it wasn’t quite working for you?

Come on now, you know better than that!

Having a language exchange partner is an indispensable lifeline for learning Japanese, and consolidating your learning with a native speaker can solidify a lot of that vocab you’ve being memorizing.

But making the exchange work for both of you and making the most out of each session is not as easy as you think at first.

1. Know what to (and what not to) talk about when you first sit down

It’s weird, right? You’re in front of someone you’ve never met before and you’re expected to talk to them like you’ve known them for years.

Well if you’re a beginner, do yourself (and them) a favour and don’t start with your personal problems or your controversial opinion on the latest current affair. These topics often involve expressing opinions, thoughts and feelings that usually demand much more advanced vocabulary and sentence structures than you probably have.

Instead, focus your conversations around everyday topics like the weather, food, movies— things that most people can relate to and easily talk about without feeling burdened. Of course, this is a different story if you and your exchange partner are both at advanced levels and can handle such conversations with ease. But if not, it gives you a way to ease into a casual style of conversation with “small talk” that generally spans cultures.

Some ways to break the ice and start small around simple topics are:

Another reason why I wouldn’t usually touch on personal life or family in the first few sessions is from a cultural perspective, your partner may not feel comfortable talking about these things until they got to know you better.

This is obviously different across individuals and if you find someone who talks about this openly from the get-go, just go with it.

2. Bring some life into those conversations

It can be boring and tedious to sit face-to-face talking about topics with no points of reference or potential for longer conversations.

Make your exchanges more interesting by bringing along items, e.g., bank notes and coins from your country, your travel photos, public transportation tickets, books in either Japanese or your native language, etc.

Bringing props along introduces something you can touch and feel and generates conversation that would otherwise not be initiated. It also offers something to distract you from the immediate conversation and gives you a break from the constant processing of this new language. Here are some examples of how you could start conversations with props:

去年、＿＿＿へ家族旅行をしました。写真を見ますか？(きょねん、＿＿＿へ かぞくりょこうをしました。しゃしんをみますか？)
Last year, I traveled to ＿＿＿ with my family. Would you like to see some photos?

In the past, I’ve been to language exchanges where the set up is a group of 10-12 in a restaurant and you speak for about 30 minutes in one language and the next 30 minutes in the other. Don’t get me wrong. This is perfectly fine except that after a while, things get a bit boring.

Another way to spice things up is to go on excursions. Museums, historical landmarks, shopping areas are all places that would generate a lot of interesting dialog for you and your exchange partner while you explore together.

The other thing I love about going on excursions is the journey you take often creates opportunities to learn new vocabulary or phrases as long as you pay attention, stay curious and ask questions. For example, I often point to shop signs and ask how they are pronounced and what they mean. Or I would get tired walking up a slope and ask my partner how I should complain about this situation I’m in.

Alternatively, if you’re in your own country, take a walk about the area (safely, in the daylight and around a lot of people) and comment on the things you see. When you get back to wherever you met for the exchange, you can talk about the kinds of things you saw, and ask about new vocabulary based on the experience.

The best Japanese language exchange partners I’ve had are good at making corrections without overdoing it. They may not be the easiest to find though, as some Japanese may feel rude to point out your mistakes.

The best correction technique I’ve found is done in moderation through paraphrasing. The reason you don’t want to get corrected every other sentence is because not only does it disrupt the dialog, but it can also take a toll on your confidence in speaking.

You want to feel that there’s room for improvement, but not that you can’t seem to carry out a conversation without being interrupted every second sentence. My best exchange partners have managed to paraphrase when I make mistakes, giving the impression that they are merely confirming something that I said when I’ve actually mispronounced or used the wrong word or phrase for an expression. If you’re not sure whether your pronunciation or phrasing of something is correct, you can use the following to confirm:

To make the most out of these corrections, don’t just reply “Oh yes, that’s what I meant” but rather, repeat the correction once or twice so that it sticks to your head and you can use it next time. At times, I would get them to write down what they corrected because sometimes it may not be apparent, or it’s a little difficult to memorize. This is why it’s always good to have a notepad and pen with you during exchanges.

4. Remember that it’s an exchange

One of the challenges in a language exchange is making sure that both parties get a fair chance to practice their target language and qualify this relationship as one of “exchange.” You can do this in a couple ways. For example, let’s say that you meet up for an hour a week to exchange English and Japanese, you can make this meeting fully in English and next week’s fully in Japanese to ensure each person gets a go in speaking in their target language.

Personally, I’ve found it better to split the hour roughly in two so that at some point, languages are switched. This is easier said than done, as sometimes you encounter topics that you are very passionate about and have lots of thoughts on, but it happens to come up during the Japanese half and you can’t express your ideas well. Stay focused and don’t be discouraged. If you really need to, it’s ok to say something in English and between you and your partner, figure out how to say that in Japanese. You may even find that it’s easier to express yourself when describing your passion!

You want to make sure that on each exchange session, both partners have equal talk time in their target language. I know I have certainly been in situations where I felt that 90% of the time, my exchange partner and I were speaking in English and I ended up feeling like I hadn’t learned a thing. If you want to keep a good language exchange partner, it’s important to keep this in mind so that you are equally learning from each other.

5. Give yourself a break

I’ve been to language exchanges over dinner where I’ve tried to come up with things to say, figure out how to respond to my exchange partner, and maintain a comfortable environment all in the target language, and boy, was my brain fried!

Language exchanges can be energy-draining, as your brain needs to process this new language and come up with what it thinks is a right response in real time.

To avoid this, start by setting a time limit to your exchange that you think you can handle without burning out. As a guideline, 45-60 minutes for an exchange covering both languages should be plenty for beginners. As I’ve mentioned previously, this is also where the props can come in handy, as it distracts both partners from generating the entire conversation from their head so they can take a little break.

As another option, break down any awkward formalities with little comments about the language exchange itself. You can have a whole conversation about the languages you’re both struggling with! Try something like this to get things off the ground:

日本語の文法はなかなか難しいですね！（にほんごのぶんぽうはなかなかむずかしいですね！）
Japanese grammar is kind of difficult isn’t it!

So there you have it. If you can learn from and expand on these five points next time you have a Japanese language exchange, both you and your partner should be able to keep a pretty good vibe between you and muster up some richer conversation.

And remember you’re both bound to make a blunder sooner or later!