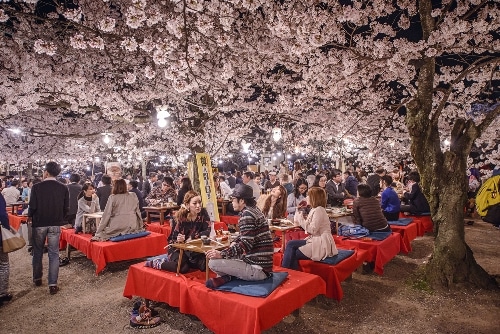 A Fun Intro to Japanese Aesthetics: 7 Key Words to Beautify Your Vocabulary

Ever heard someone squeal 可愛い！(かわいい！) and turned around to see something not even remotely “cute”?

If you spend some time in Japan, there’s a good chance this might happen.

A situation like this can be confusing, simply because of what the Japanese—as opposed to other cultures—might consider cute, beautiful or aesthetically pleasing, and how they might use words relating to these concepts.

The Internet is rife with articles that try to explain the Japanese perception of beauty.

But because Japanese aesthetics are historically and culturally complex, they’re difficult to understand all at once.

Here I’ll attempt to simplify the process by focusing on seven words that are all representative of Japanese aesthetics, hopefully in a way that allows you to get at least a light grasp of these concepts and to understand how to use the corresponding words.

Because of the complexity involved in this subject, though, note that this is a very simplified introduction as opposed to an in-depth examination.

So if these words pique your interest, go ahead and challenge yourself: Have fun diving into the more historical aspects of aesthetics with some of the resources listed below.

Resources for Delving into Japanese Aesthetics

Here’s some literature that will give you a well-rounded understanding of many aesthetic concepts:

If you’re not too keen on reading a whole book, sometimes it’s easiest to simply look up a word in an online Japanese dictionary. They give very clear, simplified definitions of often convoluted concepts. For those who are already familiar with the Japanese language, try looking up a new word related to aesthetics and studying the definition in Japanese: That way, you’ll not only learn a new word, but you’ll be able to brush up on your reading comprehension skills at the same time.

I personally like goo 辞書, mainly because of its simplicity and the fact that they don’t give you a huge list of definitions for every word. It’s great for occasions when you just want an uncomplicated definition of something super complex. They also have Japanese-English/English-Japanese dictionaries, Japanese-Chinese/Chinese-Japanese dictionaries, a thesaurus and other features, like a 豆知識 (まめちしき — trivia) section that allows you to not only look up words but learn something new.

Now without further ado, I present to you…

A Fun Intro to Japanese Aesthetics: 7 Key Words to Beautify Your Vocabulary

The word 粋 is said to have formed in Edo during the Tokugawa period (1603-1868). Meaning simple, sophisticated, original and tastefully sensual, it has been used to describe the appearance or attitude of a person or object (e.g., clothing) that possesses these characteristics. Nowadays, people use it in phrases such as 粋だね〜, which is basically the equivalent of かっこいいね〜, or “That’s really cool.” Just think George Clooney or Johnny Depp.

The literal interpretation of the characters that make this word would be something along the lines of “lingering mind/soul,” and it indicates a state of relaxed alertness. This term is often utilized in the martial arts (though not exclusively). For example, in 剣道 (けんどう), a Japanese martial art that uses bamboo swords, 残心 signifies the state of calm alertness one bears after having successfully attacked an opponent, while preparing for a counterattack.

残心 teaches individuals that their actions, such as an attack during a kendo match, are not fully completed simply after the physical movement, but continue on during those lingering moments after the action until a new one has commenced.

This “lingering moment” can be translated as 余韻 (よいん), and is used frequently in conversation:

After the movie, I immersed myself for some time in the lingering, heart-wrenching poignancy of the story.

As a child, I asked my mom the meaning of 渋い (しぶい), and she simply told me to think of the taste of 渋柿 (しぶがき), which—directly translated—means an “astringent persimmon.” Unfortunately, I had never had one before, and was equally dumbfounded after I had asked as I had been prior to my question.

But even Japanese dictionaries define 渋い as 渋柿のような味 (しぶがき の ような あじ), or the taste of an astringent persimmon. The word is used to refer to food and beverages that have that particular acrid taste that makes your tongue feel prickly and numb, as well as to describe a subdued, almost dull sense of style or color palette (think brown, mustard yellow and other earthy colors).

However, being told your taste is 渋い is far from insulting. 渋い indicates complexity and texture that enhances the beauty of a particular object/flavor. Anything that is 渋い is also laced with a dash of maturity, and contains beauty within it.

In modern usage, 大和魂 is frequently used when newscasters report on a sports match. They might comment on how the Japanese national volleyball team played a match, their 大和魂 making them strong, tenacious competitors, which ultimately helped them bring home the win.

Succinctly put, it refers to a state of being or mentality that is distinctly “Japanese.” This does not necessarily mean that it’s a state of being exclusive to the Japanese, but rather refers to traits that are culturally desired by many Japanese.

Due to this relatively broad definition of the term, the kind of mentality/traits that are desirable alter as generations and their respective cultures change. However, one usually thinks of attributes such as valor and purity in association with this word.

幽玄 is one of my favorite words in the Japanese language because it describes a complex emotion that is otherwise difficult to express, but is a feeling we all feel every now and then in life. Like the other words, 幽玄 has various definitions. These include:

1. A profound awareness of the universe that triggers a deep emotional response.

2. A profound, mysterious sense of the beauty of the universe.

Some definitions also mention the sad beauty of human suffering that’s felt from the sudden awareness of the vast universe. Get it? It’s that feeling. The feeling you might get when you’re out camping in the middle of nowhere and stare out at the stars at night, or when you’re up on a tall mountain and see the sun rising from beneath you.

Be aware, though, that many people in Japan, especially the younger generation now, are not familiar with this concept. It’s safe to say that this term is rarely used in daily conversation.

You may be noticing a pattern with the aesthetics of Japanese culture. Most of these concepts are meant to be understood through rather vague yet palpable emotions that are evoked by the world around us. わび・さび is no different, and it’s a difficult concept to explain.

Simply put, わび and さび are essentially two different words that were brought together to create one. The meaning of わび comes from 侘びしい (わびしい), the main definitions of which are “sad,” “lonely” and “tormented.” さび derives from 寂びる, which can be defined as “to deteriorate.”

In this way, both わび and さび represent negative beauty, or in other words, beauty in what would normally be disregarded as unwanted and painful. The わびさび mentality shows us that there is beauty in simplicity and frugality, as well as melancholy, longing and even imperfection.

Perhaps the Japanese tradition of 花見 (はなみ), or cherry blossom viewing, comes from this perception of beauty. Although the cherry blossoms are also enjoyed in their fullest bloom, most people go to picnic under their falling petals. Instead of seeing their true beauty when they are most vivacious and glorious, the Japanese are moved by their fragility and ephemeral life.

The word 可愛い, or かわいい, as many of us now see written in ローマ字 (ろーまじ — Roman alphabet) or like カワイイ, is a term that the Japanese throw around almost arbitrarily. By now it has become one of those words they frequently turn to when they can’t find anything else to say, in many cases when they don’t even mean it. (Note: If you decide to use 可愛い in this way, make sure you act like you mean it, or else you’ll be caught red-handed.) In any case, 可愛い simply means “cute.”

Not too hard, right?

If you want to delve deeper into what you’ve just read and more (there are even more words that didn’t make it onto this particular list), make sure to look through some of the resources presented at the beginning.

Go discover more about Japanese aesthetics on your own!